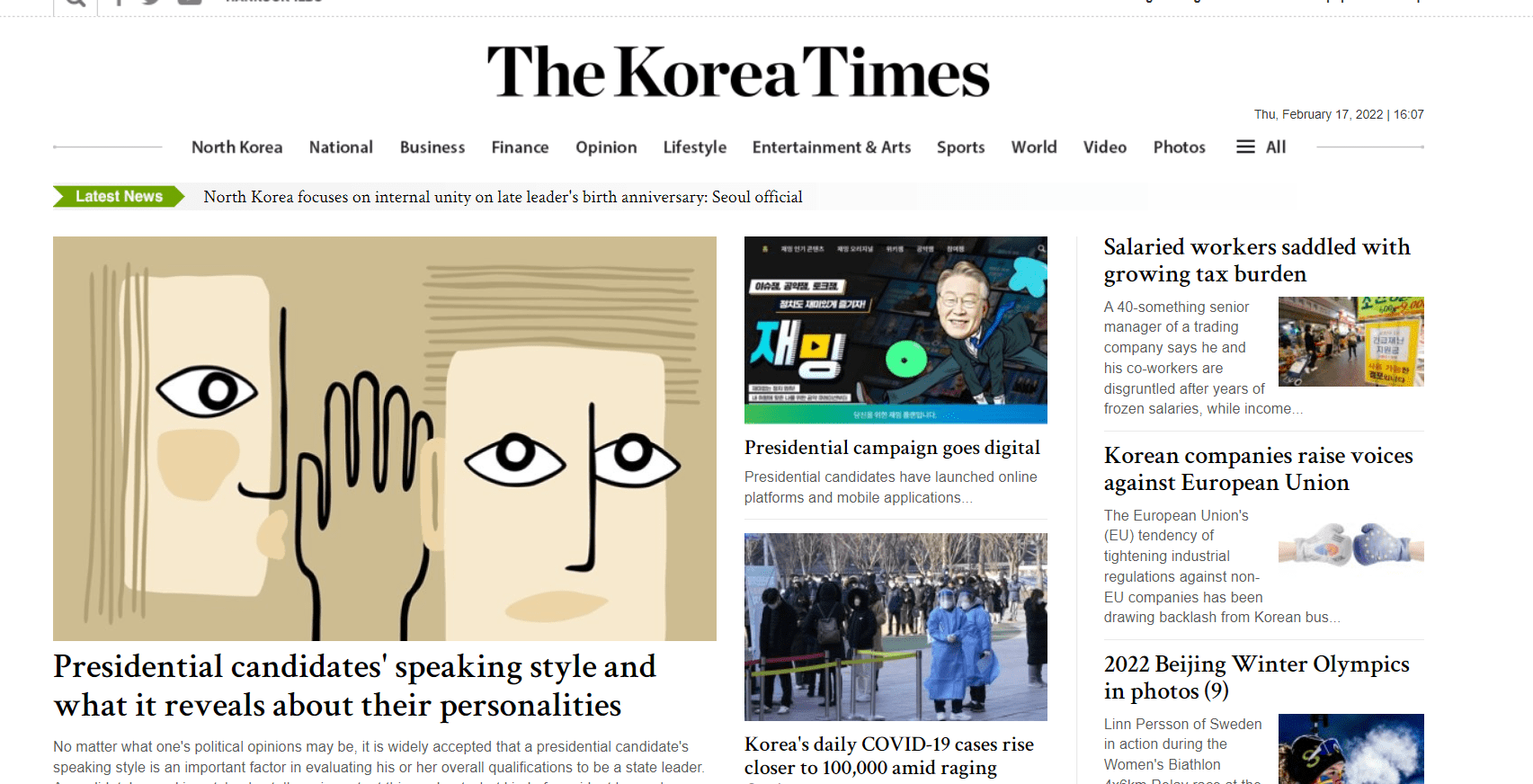 The KoThe Korea Times is one of the most popular sources for Korean news in English. It began publication at the start of the Korean War. It is updated daily, at around 10AM KST and covers a wide range of both Korean and foreign news.

The English-language version of the Korea Times covers domestic problems, business and technology, finance, lifestyle, entertainment, sports, and international events. Additionally, it is one of the best sources of information on foreigner-specific news, including visa changes and news stories about the challenges foreigners face in Korea. Plus, if you want easily accessible daily updates, you can follow the newspaper’s Facebook and Twitter feeds or subscribe to their Youtube channel.

The Chosun Ilbo: The OG 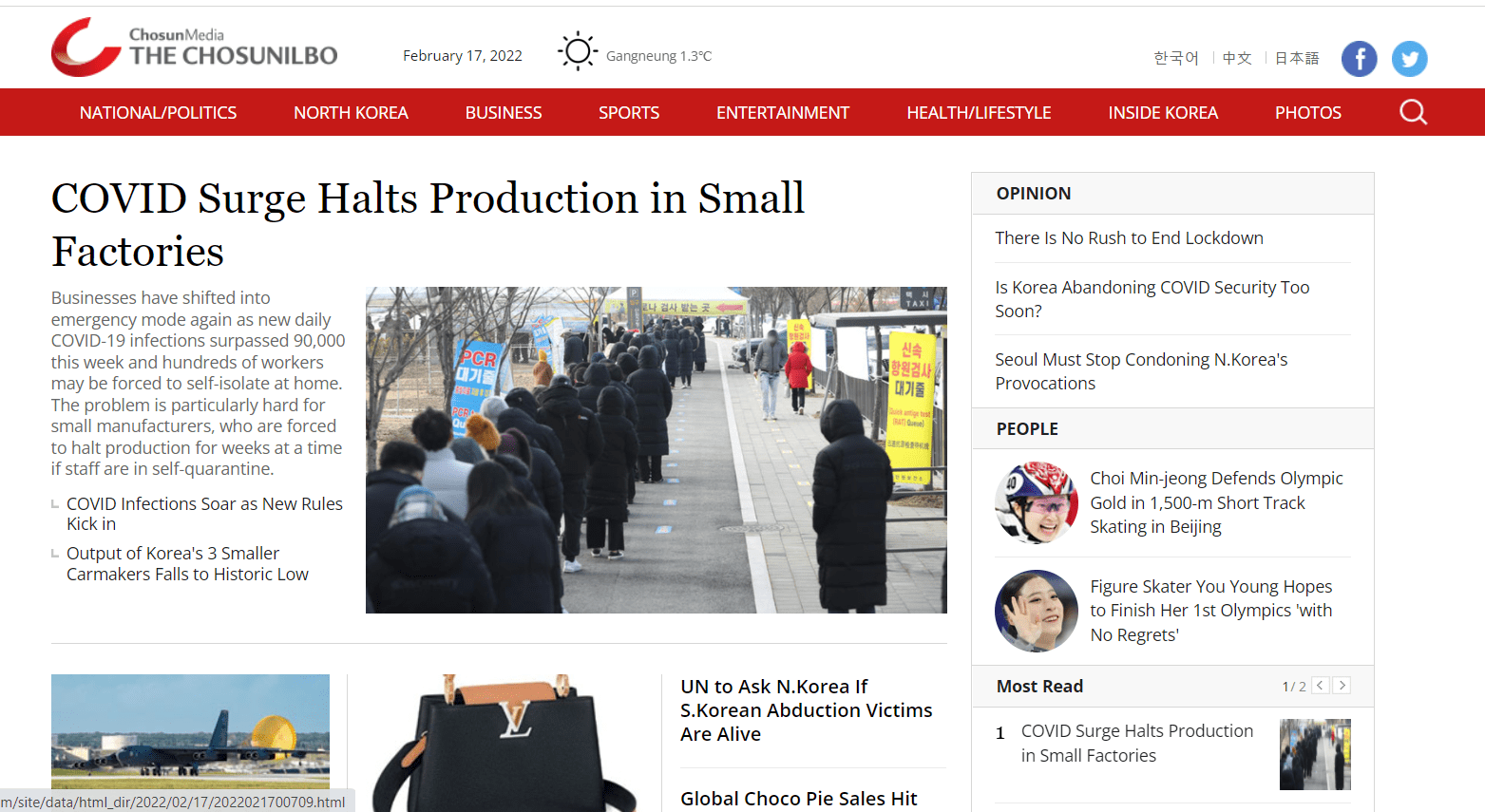 The Chosun Ilbo, which was created in 1920, is the oldest of South Korea’s prominent newspapers. It publishes national and political news, as well as business, sports, entertainment, health, and lifestyle news in Korean, English, Chinese, and Japanese. The Chosun Ilbo publishes news updates on Facebook and Twitter. 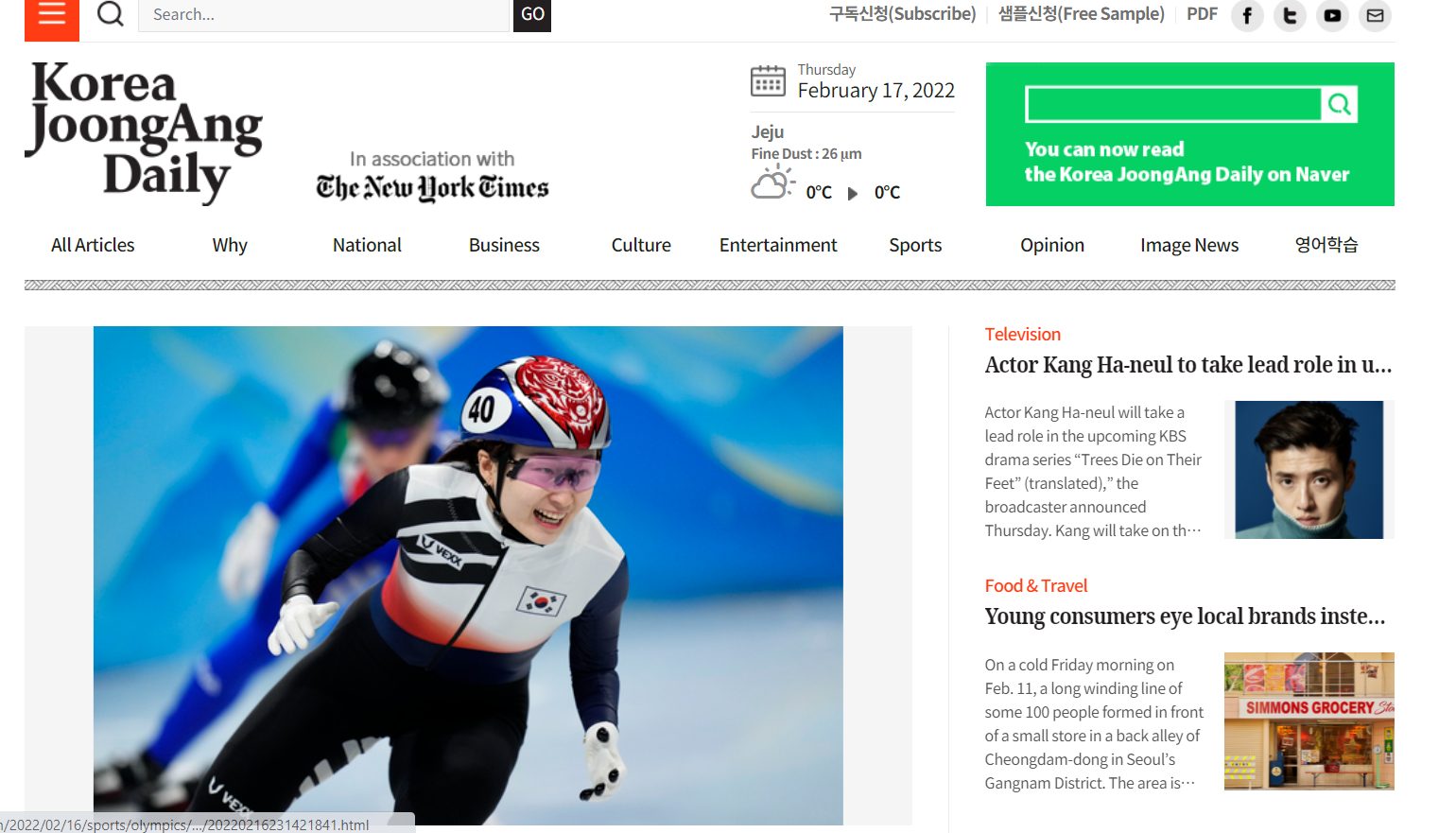 The Korea Herald is one of the main sources of Korean news in English for foreigners living in Korea. It is the only Korean newspaper that is a member of the Asia News Network (ANN). The newspaper publishes daily news on business, finance, entertainment, and sports, as well as worldwide news. 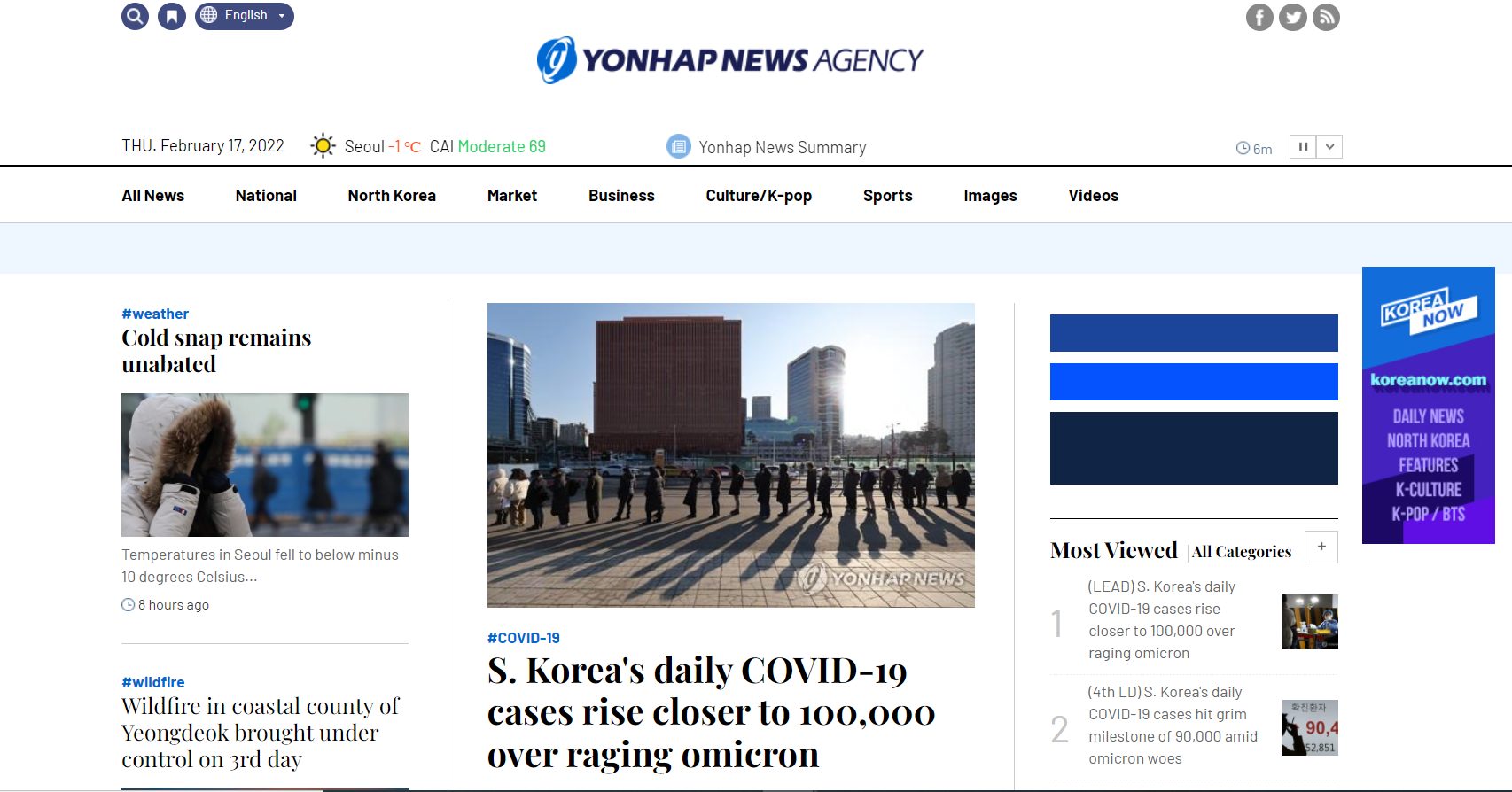 Yonhap News offers the widest range of languages of any Korean news outlet. It is in fact Korea’s equivalent of the “Associated Press” in the United States. It provides news to roughly 73 foreign news agencies including In English, Chinese, Japanese, Arabic, Spanish, and French. You can follow them on their social media platform to get up-to-date Korean and international news. 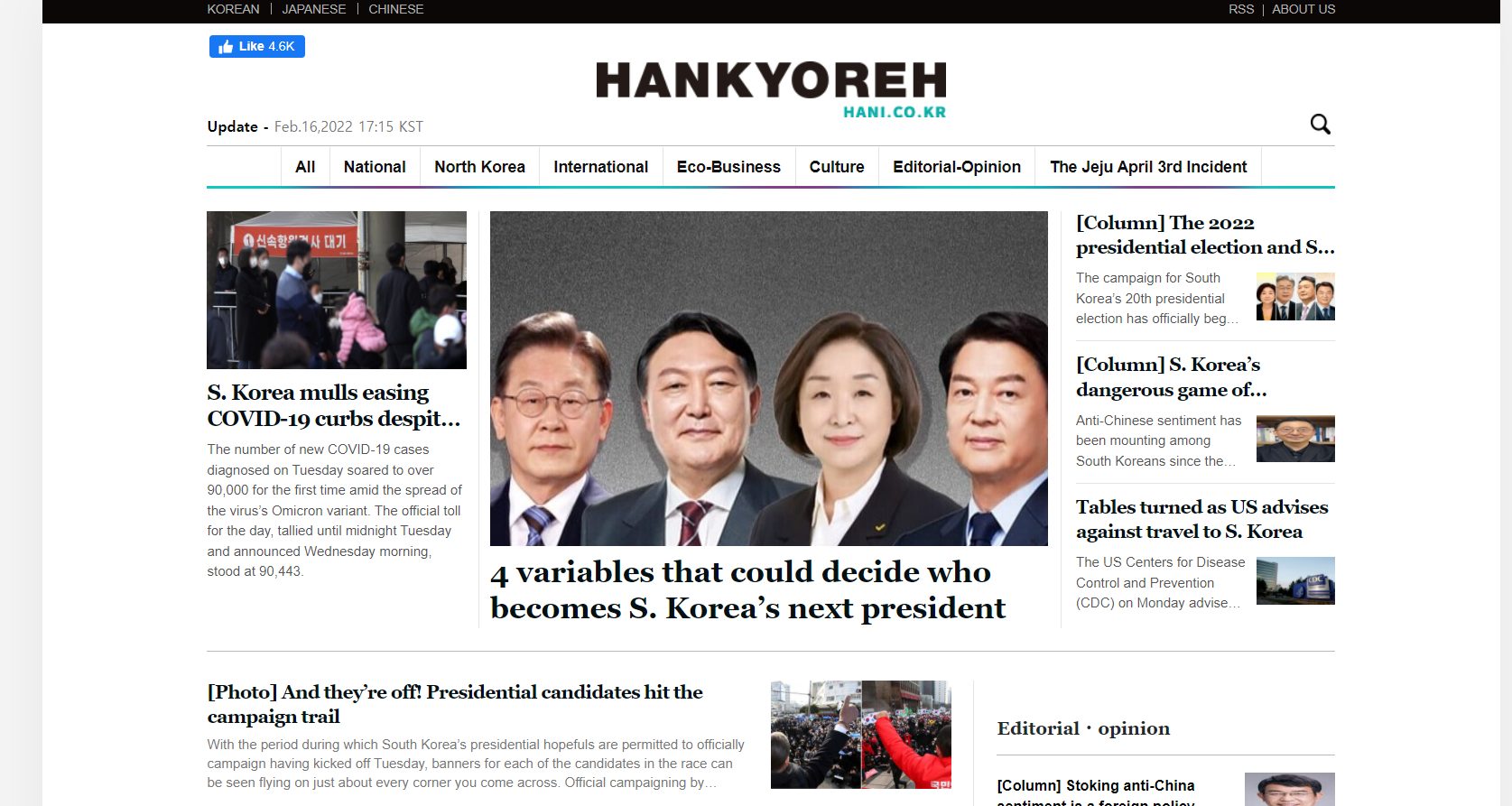 The Kyunghyang Shinmun is an independent daily newspaper that publishes both English and Korean versions of the latest news in South Korea. It publishes a lot of controversial articles scrutinizing the government and large corporations. If you want to know the latest juicy controversies, this is the site for you! 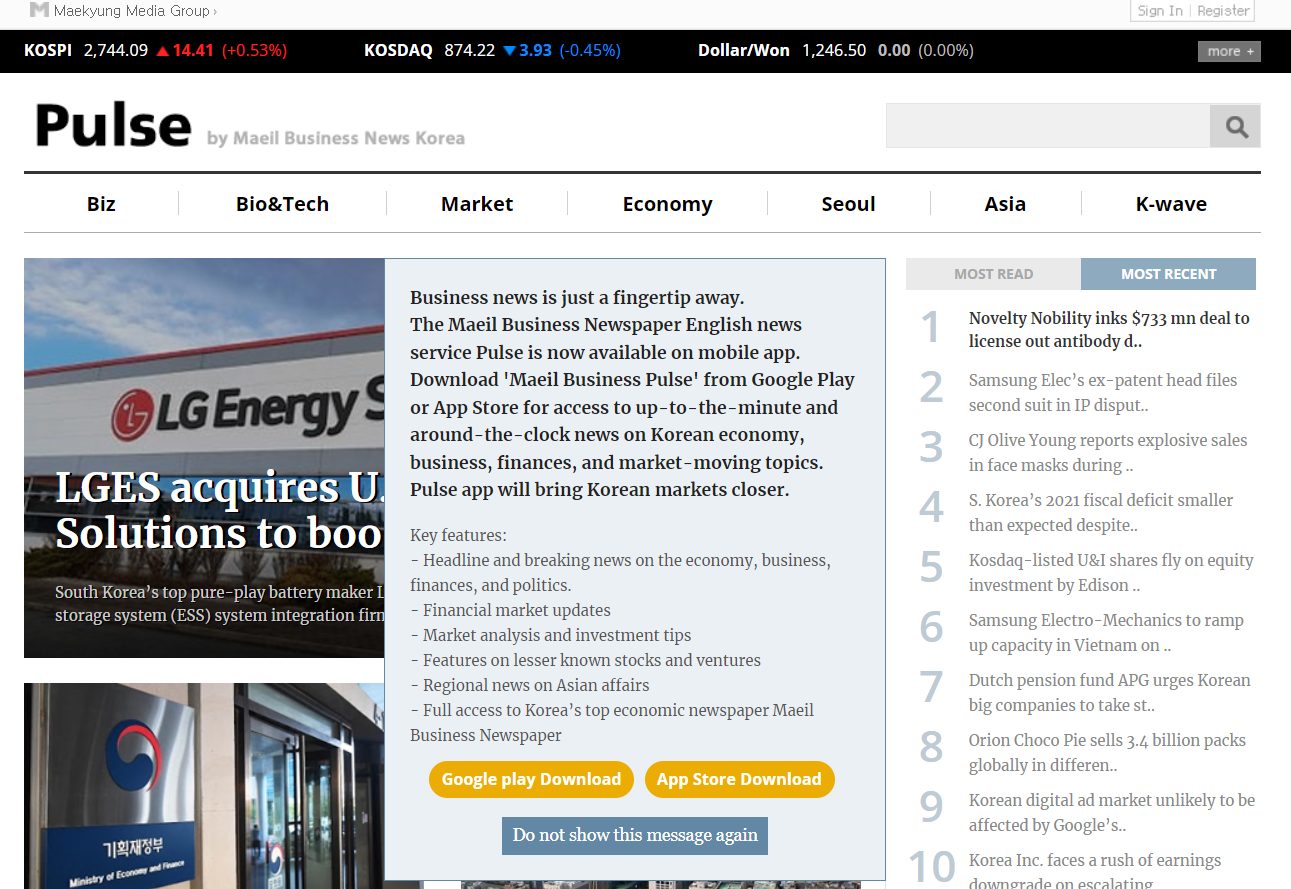 This is the English version of Maeil Business Newspaper. Pulse News Korea provides visually enhanced material and simple navigation on its mobile app available on Google Play or the Apple App Store. Pulse offers a wide range of financial stories covering not only Korea but Asia as a whole. The newspaper social media accounts are also updated on a daily basis.

I hope you found this post helpful. Which other source of Korean news in English do you recommend?

Learn Korean Cooking on YouTube
Korean Goblins: How Much Do You Know?
Go on a thrifting adventure in Dongm...
F-6: Requirements for a Marriage Visa...
The Best Three Representative Markets...
Where to Buy Jeans for Tall Women in ...
What Is Kakao Talk?
Fairies in Korean and Indonesian Myth...
Total
870
Shares
Share 870
Tweet 0 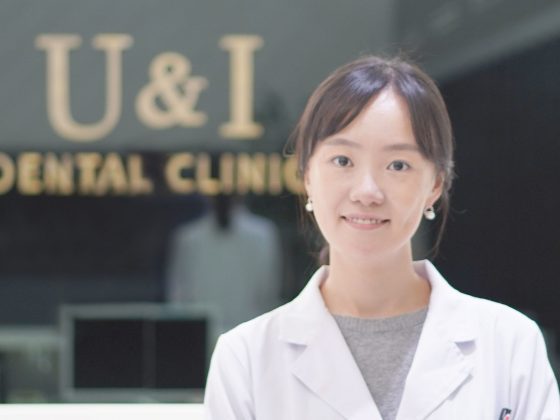 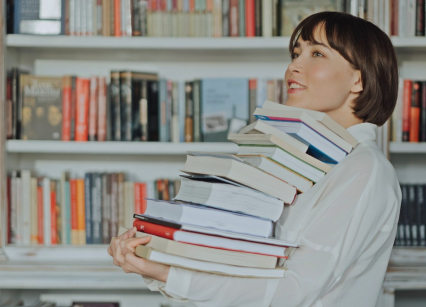