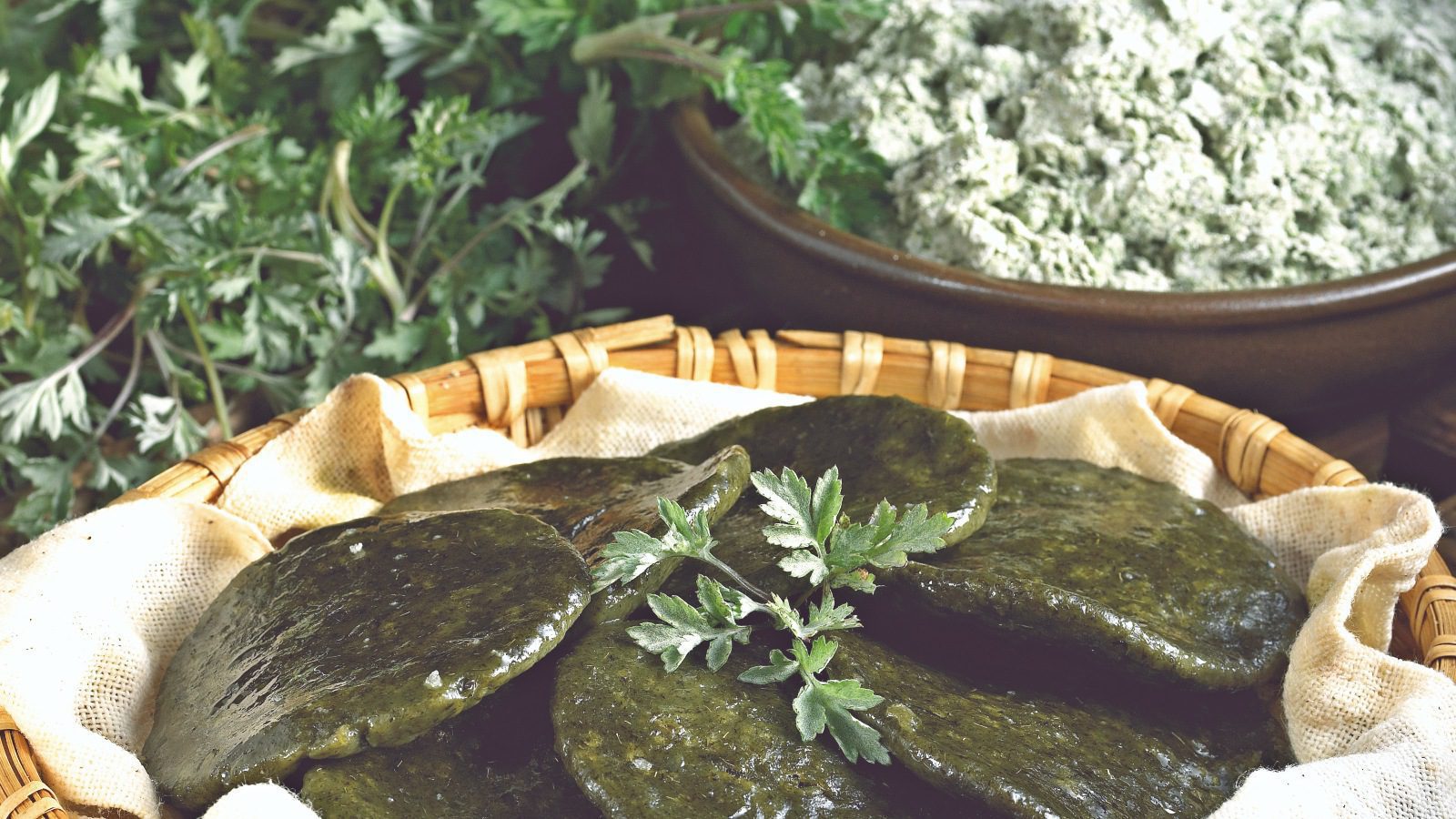 Korean Herb of the Month: Mugwort

In Korea, mugwort(쑥), is one of the most common herbs featured in Korean mythology, food, beverages, cosmetics, and traditional medicine. It is used in rice cakes and in traditional Korean foods, such as Ssukguk. Mugwort is so versatile in its uses, it’s no wonder that it is such a popular and respected herb in Korea. It is also one of my favorite herbs! In this article, we will learn more about mugwort. Both its medicinal and magical uses, as well as its rich history.

What is Korean Mugwort? 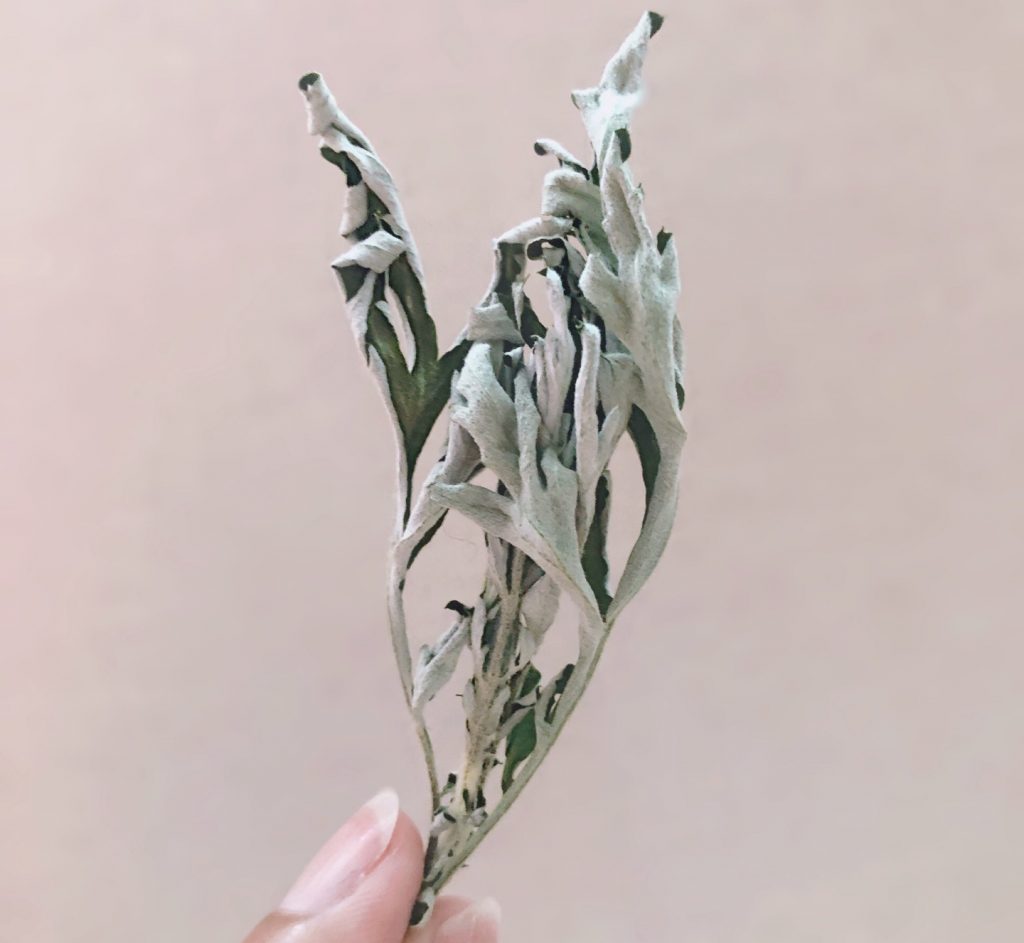 There are various species of mugwort all over the world. In Korea, the native species of mugwort is called Artemisia Princeps by its scientific name, and Ssuk(쑥) in Korean. It is a plant species in the sunflower family, and it can live up to around two years. The leaves of the plant are curved, and they have a fuzzy underside, which is fun to touch.

They are well known to be used in food and traditional Korean medicine. Nowadays, you can see them in skincare products and even beverages served in upscale cafés as mugwort teas and lattes. Whenever I go to a café, and they have either of those two, I get super excited!

But, why is mugwort so popular in Korea? Well, it dates back to the creation of the first Korean kingdom.

One of the most famous stories in Korean mythology has mugwort as a key element.

It starts off with Hwan-ung, son of the heavenly lord, wanting to rule over the human realm. His father, Hwanin, lord of heaven, granted him permission to do so and gave him three unknown gifts to bring with him. Hwan-ung, along with his followers, descended onto Earth under the holy sandalwood tree. He then built his sacred city there.

One day, a bear and a tiger approached Hwan-ung and begged for him to turn them into humans. Hwan-ung agreed on the condition that they avoided sunlight and fed on nothing else, but twenty heads of garlic and a sack of mugwort each for a hundred days. The tiger gave up halfway, frustrated with the trial, and only the bear succeeded. The bear then turned into a human woman. The woman then prayed for a child at the holy tree. Hwan-ung turned into a human and married her. They then had a son named. Dangun, who became the founding father of the first Korean kingdom.

This is one of the reasons why traditional Koreans consider mugwort to be a magical herb with divine powers.

The Magical Properties of Mugwort 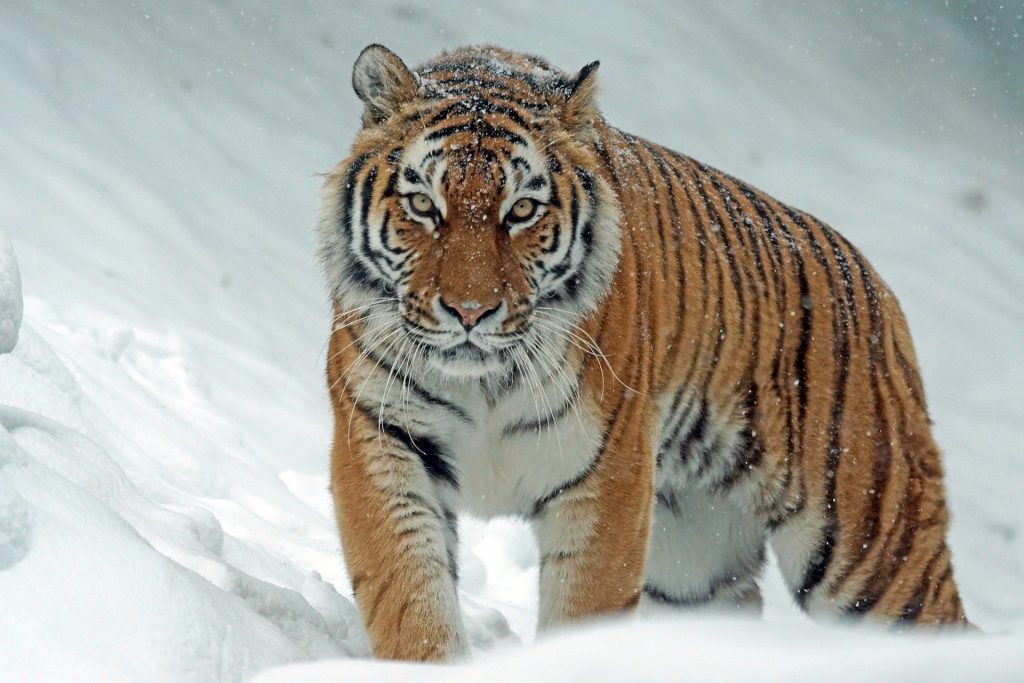 Mugwort is also known for its magical properties, such as expelling evil and misfortune, as well as its uses in scrying and divination. There was also such a thing called the Mugwort Tiger, also known as aeho(애호).

A Mugwort Tiger was a tiger-shaped talisman made out of mugwort that would be worn in a woman’s hair or hung above the door for protection against evil spirits. The purifying power of mugwort paired with the symbol of fierceness, the tiger, was believed to make it even more powerful.

Mugwort is also used in various cultures and practices around the world. Some would burn it to ward off evil spirits, and some would drink the tea to enhance psychic powers and induce lucid dreaming.

In Greek and Roman mythology, mugwort was also associated with the Goddesses Artemis and Diana.

In Traditional Korean Medicine, mugwort is used in a multitude of ways. In the “Dongeuibogam” (1613) a historical medicinal record by the royal physician, Heo Jun, mugwort was described as having a bitter and spicy taste with hints of warmth. Some of the ways it was used included: relieving menstrual issues and regulating the gastrointestinal system’s function.

Another use of mugwort in Traditional Korean Medicine is moxibustion. Moxibustion is a method whereby mugwort sticks or cones are ignited and held over specific acupuncture points on a patient. This process helps to stimulate and strengthen blood flow, as well as expel the “coldness” out. It also helps to tone the energy in the body.

In traditional Korean bathhouses, you are also able to soak in mugwort baths that help relax your body and enjoy all the benefits it has to offer.

Mugwort in Korean Food and Beverages 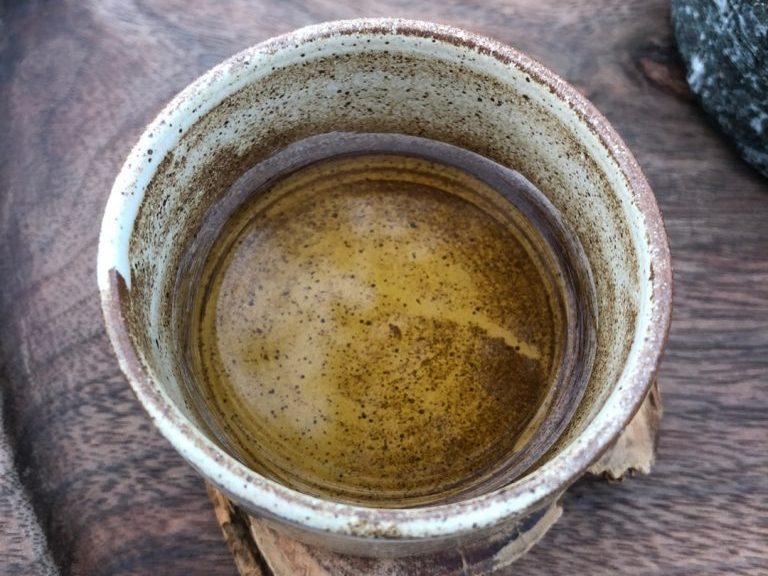 Mugwort is widely used in many Korean delicacies and is a staple in many households. One of the better-known uses of mugwort is to use it to make rice cakes (쑥 개떡) which are eaten during the springtime.

Another healthy dish it is used in is mugwort soup(쑥국). Mugwort soup is made with chopped young, tender mugwort picked during the spring with grounded meatballs or clams in a clear broth. It has a very earthy, herbal, and green taste to it. Since mugwort is collected during the springtime, this is the best season to try it. Click Here for a recipe I found if you are interested in creating this delicious soup.

Recently, many cafés have jumped on the mugwort bandwagon. It is becoming more common to see mugwort beverages, such as mugwort tea (쑥차), mugwort lattes (쑥라떼), and mugwort ice cream in cafes all over Korea. You are also able to see them in baked goods, such as scones and loaves of bread.

If you ever come across any one of these mugwort treats, I recommend that you try it out for yourself. I have a huge bag of mugwort in my herb stash as well and I love brewing it into some tea! 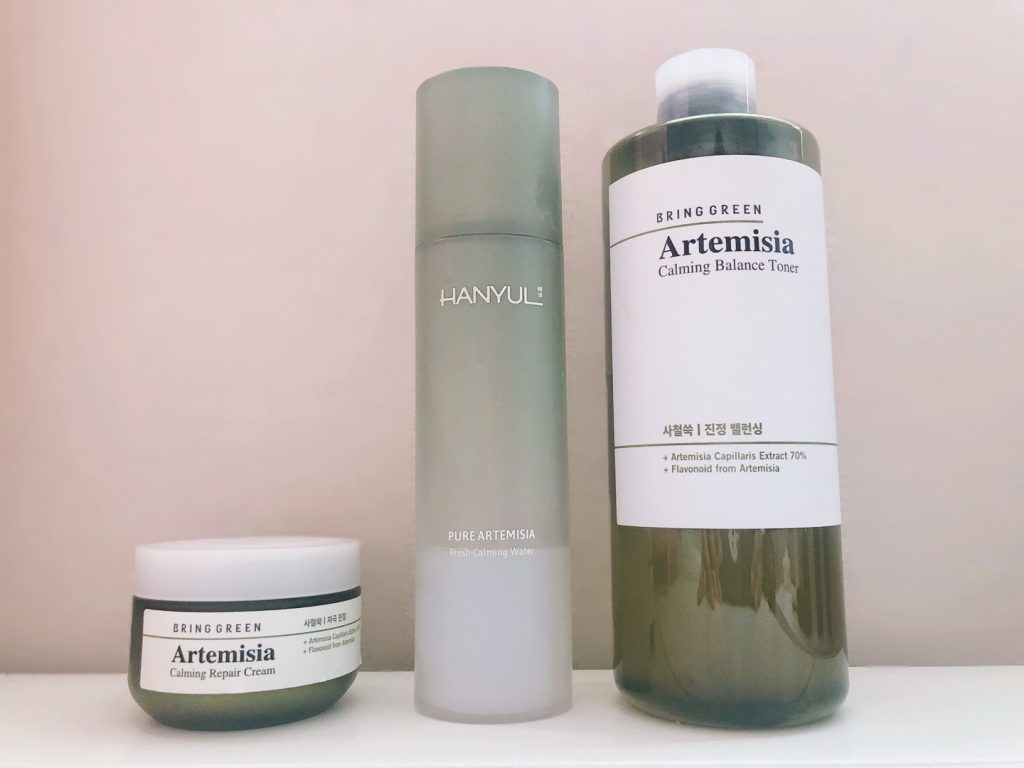 Being such a popular herb here in Korea, it is no wonder that they would also use it in skincare. Mugwort is known for its antioxidant, antibacterial, anti-inflammatory, and protective properties. It is sometimes called the “Korean Tea Tree” as it helps to reduce redness and helps with acne.

I love incorporating mugwort into my skincare routine. Two of my favorite brands that use mugwort in their skincare have got to be Hanyul and Bring Green! My skin is definitely on the drier side, and it can become prone to redness. I have been using these two brands for a while now and my skin has improved so much with these!

Mugwort is a wonderful herb. With its rich history and diversity in uses, I hope that it can become your favorite herb as well. If you would like to know where to purchase mugwort or ssuk, Click Here to read my article about Seoul’s Yangnyeong Market, Korea’s largest oriental medicinal market!

A day in Hannam: the newest hip area ...
How to Come to Korea for Free: Study ...
2 Spring Exhibitions in Busan
Three famous modern architecture buil...
Places to Visit in South Korea to Rem...
Jeonju Hanok village
Trick Eye Museum - Must Thing to Do i...
Most Visited Spots, Streets and Unive...
Total
4
Shares
Share 4
Tweet 0 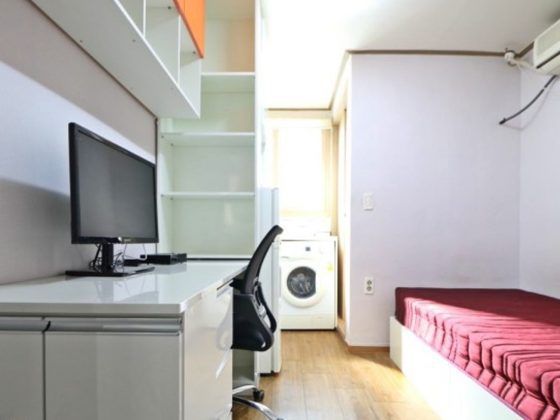 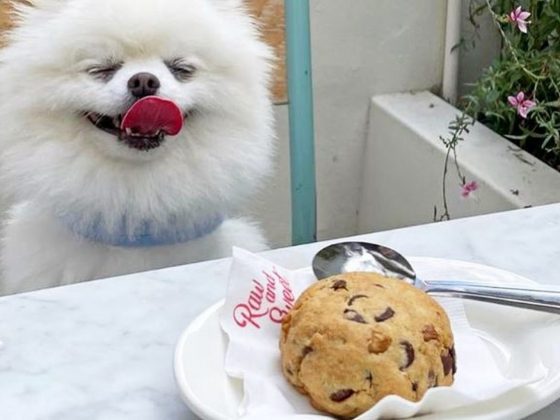