Korean fashion has recently swept the globe, with Seoul emerging as one of the world’s fashion capitals. Many of the most recent fashion trends are emerging from Korea’s capital and spreading throughout the world. Before the pandemic, the country used to host fashion week twice per year in March and October. The event used to attract many tourists around the world. With the rise of K-pop culture, we’ve seen many famous K-pop groups such as Blackpink and BTS wear modern Hanbok in their music videos, which has piqued the interest of many fans.

Hanbok is a traditional Korean costume that has been worn for hundreds of years. Traditional hanbok, on the other hand, is not something that can be worn casually or on a daily basis. The process of putting on hanbok is complicated, and the clothes are large and  extremely warm. As a result, they make no sense in modern life.

However, in order to reintroduce hanbok into contemporary fashion, some designers have created modern hanbok. This type of hanbok shares many of the characteristics and design elements of traditional hanbok, but it is also smaller, less expensive, and much easier to wear in everyday life.

Hanbok is a type of Korean clothing that is both special and unique. The clothing is distinguished by its use of eye-catching colors and intricate designs. The clothing is a work of art in and of itself.

Traditional hanbok, on the other hand, is extremely difficult to wear in the modern era, particularly in daily life. It’s very large, takes a long time to put on, is difficult to keep clean (due to the length of the skirt), and is very expensive. As a result, modern hanbok has begun to gain popularity.

Many elements of traditional hanbok are retained in modern hanbok, but the clothing is much easier to wear in our modern lives. It’s just as elegant and beautiful (though not as bright), but it’s much smaller, less expensive, and doesn’t drag on the ground. You can easily shop for this in Seoul.

Where to Buy Modern Hanbok Online

If you want to buy a Modern Hanbok for yourself but you are not in Korea, here is list of the best websites to visit. All of these websites offer international shipping and are either partially or entirely in English.

The Korean In Me

Joteta is a website devoted to Korean goods. They not only sell hanbok (modern hanbok and hanbok for children), but they also sell a variety of traditional Korean gifts.

Joteta’s hanbok is available in a variety of styles, prices, and forms. They sell hanbok not only in the traditional format (with a shirt and skirt), but also in hanbok-styled dresses.

Hangang Parks in Seoul That Kdrama Fans Should Visit

Most Visited Spots, Streets and Universities in Seoul

Top 3 Things to Do in Yeongju 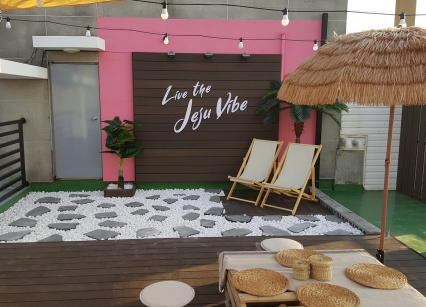