When we talk about K-beauty the first thing our minds go to is the multi-step skincare routine. But how can skin care alone be the secret to Korean’s youthful skin? It’s not! Koreans take a holistic approach when it comes to taking care of their skin. Skincare, accessible dermatological care, plastic surgery – and diet, are all key components of Korean’s flawless-looking skin. Today we will learn all about the Korean diet secrets that can help you reach your skincare goals!

Koreans place huge cultural importance on maintaining a healthy and balanced diet. This contributes a lot to Koreans’ famed wrinkle-free, pore-less skin. They are big believers in the saying, you are what you eat. It can’t be denied what a huge role the right diet plays in the condition of your skin.

You can’t get pore-less skin by using high-end beauty products while eating greasy chips and mince pies. This is a simple philosophy that Koreans live by; products only work if you also put in the effort to maximize their benefits.

While lots of money is being made trying to sell you the latest and greatest K-beauty products, most Koreans agree that what’s most important is diet. The healthier you eat, the prettier your skin will become. Koreans generally eat lots of nutritional food that is rich in antioxidants, proteins, vitamins, minerals, amino acids, and fiber. These are the true Korean diet secrets to help you achieve the famous Korean skin glow.

The average Korean diet is high in vegetable intake, low in fat consumption, limits red meat consumption, and includes many medicinal herbs in the form of teas and other beverages.

Today I will share some of the most common Korean diet secrets that can help you glow up!

Kimchi is a popular Korean dish served with every single meal. It is made using fermented cabbage seasoned with chili pepper paste. The good stuff is the fermentation. The microorganisms such as probiotics and lactobacillus which are created by the fermentation process help in maintaining good gut health and fight bad bacteria.

A good digestive tract helps in preventing various skin issues such as acne. Moreover, kimchi is rich in other beneficial nutrients such as antioxidants, vitamins, and minerals. It is said to have anti-aging properties, thus promoting the skin’s youthful glow.

Ginseng is most commonly in the form of tea but is also commonly consumed in sidedishes in Korea. It is a well-known Korean herbal tonic and is rich in antioxidants, vitamins, and minerals which are good for regenerating new skin and enhancing skin’s healthy glow.

Ginseng’s anti-inflammatory and antioxidant properties help protect the skin from free-radical damage which is very good for people with aging concerns. It is extremely common for people to begin consuming ginseng supplements once they reach middle age. Plus, Ginseng’s various benefits are the reason for its incorporation in several Korean skincare products.

Koreans consume seaweed soup as a regular breakfast item. As it symbolizes good health, it is commonly served on birthdays and to new mothers to make up for the nutritional deficiency caused by childbirth.

Seaweed is a sea vegetable and therefore it is extremely rich in minerals. This food also has omega-3s and antioxidants to protect the skin from sun damage and free radicals. Moreover, it has sufficient sulfates that give your complexion a soothing effect.

Besides soup, seaweed is regularly eaten as a pickled salad side dish, as a dried snack, or as an ingredient in a number of other dishes. Most Koreans eat seaweed in various forms multiple times a week.

Makgeolli is a Korean alcoholic beverage made from the fermentation of rice and contains about 6-8% alcohol by volume. It is slightly sweet. But, you may be wondering – how can a beverage that contains alcohol be good for your skin?

Makgeolli is made using a fermentation process, and so it contains probiotics that improve gut health and work wonders for treating acne. In fact, most naturally fermented alcohols can be good for your skin. Red wine is known for having anti-aging properties for the same reason.

Moreover, this Korean beverage is also rich in amino acids and vitamin B which improves the skin texture by brightening and firming skin. However, as it is an alcoholic beverage, it can damage other parts of the body, such as the liver. So, this is one of the many Korean diet secrets you’ll want to practice in moderation.

Barley tea is probably the second most consumed liquid in Korea after water. In fact, many restaurants serve it in place of water. It is made by brewing roasted barley seeds. This tea is only of the most treasured Korean diet secrets, with many completely replacing water with barley tea.

This tea is caffeine-free and has a slightly bitter and nutty flavor. Again, it has antioxidants and anti-microbial properties which make it good for your skin and also improve digestion. In particular, elderly Korean women love to drink barley tea as it helps protect the skin from sun damage and free radicals.

Korean diet is all about consuming healthy teas and soups. Soybean soup is another dish that is consumed on the daily in South Korea. It is very cheap and healthy at the same time. And, it is perhaps the most commonly featured item in Korean school lunches.

It is made up of fermented soybean paste which is rich in vitamin E and antioxidants, protecting the skin from harmful UV damage. Plus, the fermentation process introduces all that microbial goodness that maintains your gut health.

A healthy and balanced diet is part of the Korean lifestyle. Korean diet secrets are just the start of a holistic approach to maintaining a healthier look. It is not only the reason behind Koreans’ flawless and beautiful skin, but also their lustrous hair, fit bodies, and overall good health. 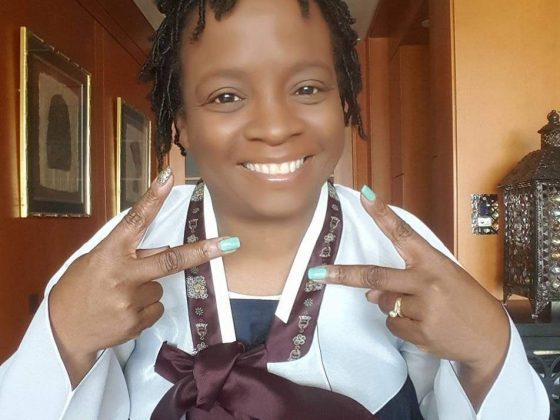