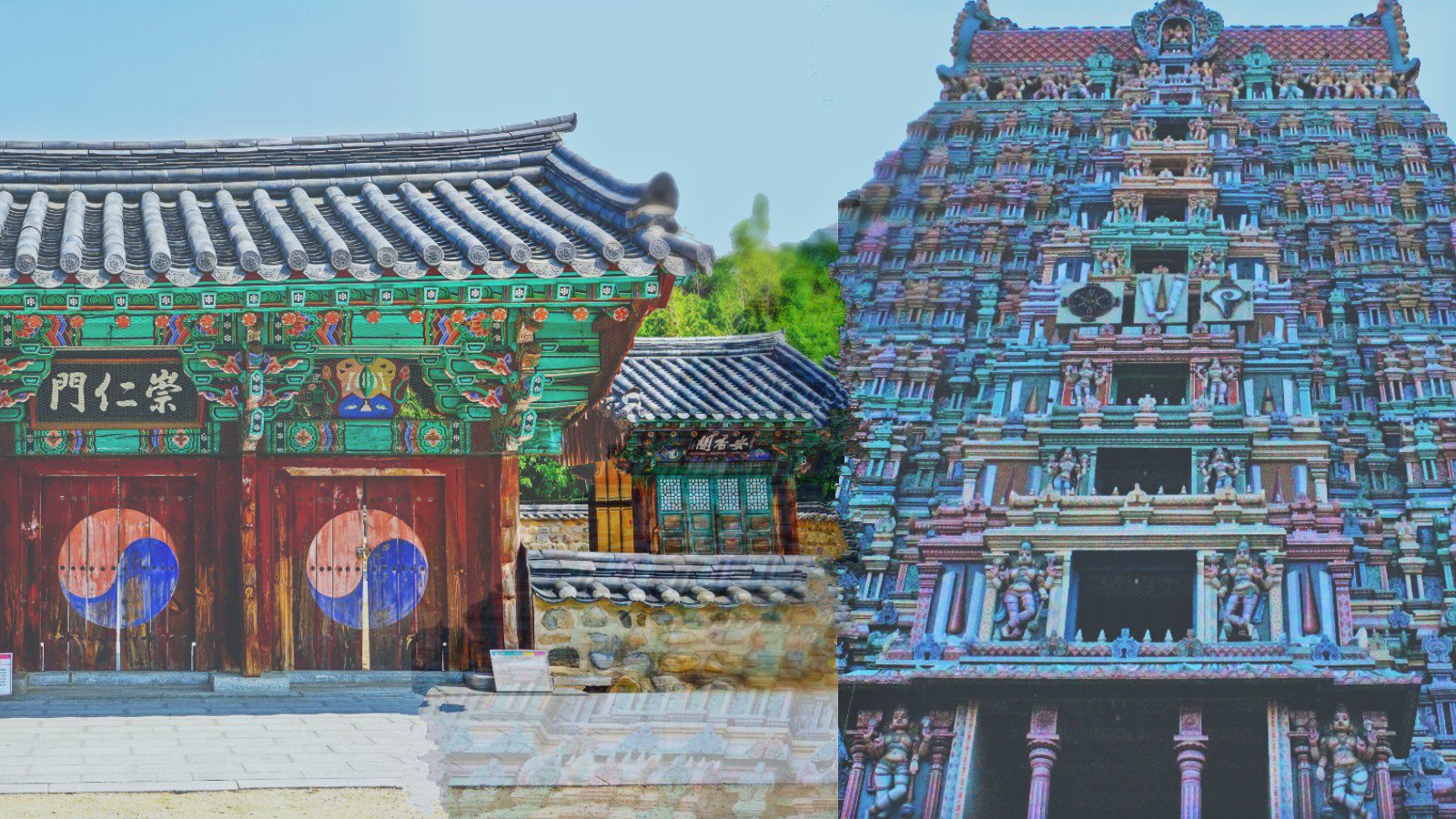 South Korea and India are approximately 5,000 km apart. This is no insignificant distance. However, although geographically separated, the two countries share some striking cultural and linguistic similarities. Perhaps, an Indian princess who became a Korean queen nearly 2,000 years ago is the reason behind the existence of this sisterhood between nations. Whatever the reason, let’s explore the similarities between my motherland and the country I have come to love.

Table of Contents
My Introduction to Korea
Culture and Language: Similarities Half a World Apart
Historical Link Between Korean and Indian Culture
Dramas & Movies: Portrayal of Common Ideas
Growing and Glowing through Culture

My Introduction to Korea

It was a random day in June 2021. I was searching for meaningful things that aligned with my interests. Then, I stumbled upon RM’s face and his six extremely good-looking bandmates in the thumbnail of a YouTube video. It was the BTS Speech at the United Nations. I decided to watch the video, completely unaware of the rabbit hole I was descending into.

Destiny always has a part to play. That speech introduced me to the Bangtan World and Korean culture. Since then, there has been no looking back. I have dedicated my life to studying Korean and am now planning to move to Korea and further my education.

Culture and Language: Similarities Half a World Apart 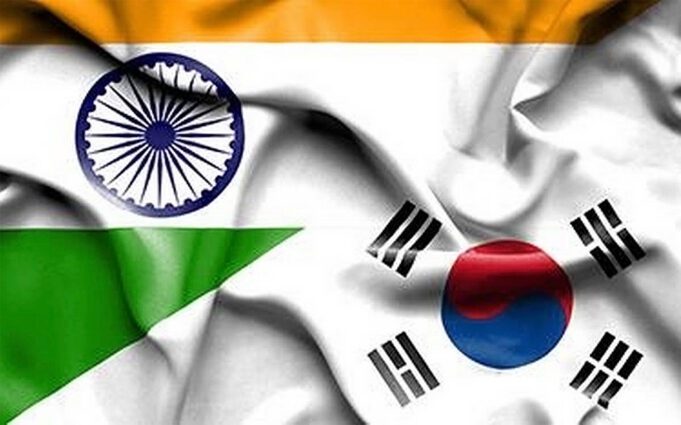 I am academically inclined toward K-Culture, and today I would discuss some cultural facts that contributed to my growing interest in Korea.

As a history enthusiast, I couldn’t help but notice the similarities between South Korea and India once I began learning about the culture. It sparked so much curiosity. How could somewhere so far away have so many things in common with this unique place I call home? I wanted to find each hidden gem that connected the two countries. I became obsessed with our diplomatic relations, shared history, and linguistic similarities.

From food to family, festivals to mythology, contemporary trade to ancestral relations, the Korean and Indian friendship is undoubtedly deep-rooted. When one of my professors asked me to put into words why I love Korea, I immediately responded with “Home away from Home”. I believe all Indians can feel the same as they delve deeper into Korean culture.

Many believe that the reason behind Korean and Indian cultural similarities is because of a single historical figure who lived nearly 2,000 years ago. In fact, Koreans with family lines from Gimhae with the surnames of Kim and Heo believe that they have a blood relation to India. The connection has yet to be proven scientifically. However, the belief comes from the Samguk yusa, or the ancient documents recording the history of the three kingdoms period.

According to the Samguk Yusa, Princess Suri Ratna of Ayuta traveled to Korea to marry King Kim Suro. She later became known as Queen Heo Hwang-ok of Gaya. As queen she gave birth to 12 children, two would carry her surname Heo, while the rest took the last name Kim. Currently, around 6 million Koreans are believed to be her descendants. It is believed that she lived for 157 years from 32 AD until 189 AD, and had a profound impact on South Korea’s culture.

In honor of this connection the city where she ruled, Gimhae, and her birthplace, Ayodhya, have been established as sister cities. Both cities have monuments dedicated to the ancient queen. However, the stunning part is the cultural similarities between the modern inhabitants of Ayodhya and Gimhae.

The South Indian state of Tamil Nadu, which has Tamilian as its language finds similarities with Korea. Basic words such as mom, dad, you, and I are the same in both the regional language and Korean. Ceremonies, holidays, and food are also very similar.

The food prepared in Tamil Nadu and some of the altar settings is also similar to those found in Korea. Additionally, many of Tamil Nadu’s regional traditional songs share melodic and instrumental similarities with Korea.

Throughout India, our rituals and ceremonies date back to the Vedic ages, blending nature and ancestor worship. We observe both New Years and Harvest Festivals at the same time that Koreans do and some regions celebrate in similar ways. However, ceremonies and holidays are different throughout India due to our diverse cultural practices and ethnic identities.

While watching historical period dramas like Hwarang: The Poet Warrior Youth and Sungkyunkwan Scandal, I found the striking similarity between Indian historical regimes and ancient Korean dynasties. Korean and Indian historical societal structures, education systems, and laws were all similar. Everything drew my curiosity. I was rewatching what I had read in Indian history books play out in Korean historical dramas.

If you are someone who’s interested in the vast treasures of Indian history, you must give the films Padmaavat and Jodhaa Akbar and dramas like Chandragupta Maurya a watch. If you pay attention to the details, you’ll find that Koreans and Indians have lived culturally similar lives for thousands of years.

Growing and Glowing through Culture

Today, once again Korean culture is gaining popularity in India, and Indian culture is gaining attention in Korea. In Korea, you will find Indian incense burners even in places such as olive young. Yoga has become commonplace. Buddhism (founded in India) is gaining more favor as healing culture surges. And, more and more people are finding a love for Indian cuisine.

Meanwhile in India, a lot of credit goes to K-pop groups like BTS. Interesting Kpop has resulted in many young Indians seeking Korean food and products.

Like the Korean Culture Centre in New Delhi, the Indian Culture Centre in Seoul is responsible for spreading awareness of Indian value systems, festivals, culture, and traditions. So much is happening now with the exchange of Korean and Indian cultures and diplomacy. The sister nations are on the path to reunion.

P.S ~ BTS Army in India awaits the arrival of Bangtan Boys with all their hearts to experience the magic of the ‘Purple Ocean’ on Indian soil. When this happens, we can only imagine how strong cultural relations will become.

Interested in learning more about what life is like as an Indian in South Korea? Click Here to read about one Korean-Indian couple living in South Korea.

Exploring the possibilities of life through the lens of content writing with a flair for Sustainable Tourism.