Situated at the heart of Seoul, Jongmyo Shrine is the oldest and most authentic Confucian royal ancestral shrines. It was founded in 1395 by King Taejo, the founder of Joseon Dynasty. It has a unique spatial layout that has been preserved in its entirety.

Read on as I will bring you through a virtual tour in Jongmyo.

Note that Jongmyo Shrine is closed on Tuesdays and the ticket office closes 1 hour before closing time.

Jongmyo is the supreme state shrine where the spirit tablets of deceased kings and queens are enshrined and sacrificial rites are performed for them based on Confucian principle. The shrine hall originally had one shrine hall, Jeongjeon, but today it has another shrine hall called Yeongnyeongjeon. None of Jongmyo’s facilities are lavishly adorned, underscoring solemnity as the state shrine.

Jongmyo Shrine at a Glance

Right after you entered Jongmyo Shrine’s entrance gate, you will see three-stoned pathways. It was a passageway for ancestral rituals. The slightly raised center path, called “Sillo”, was for officiants carrying spirit tablets, incense and written prayers. The path on the right, called “Eo-ro”, was for the king and the path on the left, called “Seja-ro” was for the crown prince. Sillo starts from the main gate of Jongmyo and leads to Jeongjeon and Yeongnyeongjeon, the two main buildings where the ancestral tablets are enshrined. Before arriving at Jeongjeon and Yeongnyeongjeon, the three pathways separate – Sillo passes through the south gates, Eo-ro and Seja-ro pass through the east gates.

Look at this surreal frozen pond!

Jeongjeon is the main hall of Jongmyo Shrine. When the king or queen died, a three-year mourning period was observed at the palace, after which the spirit tablet of the deceased was brought to Jeongjeon and enshrined there. The scenery of the rough, expansive stone yard and imposing, magnificent roof that seems to float over it has the ultimate beauty of sublimity found in classical architecture.

Sinwibongando holds the 19 ancestral tablets of the kings and queens. There are no plants in the courtyard and the architecture is very solemn.

Below the stone yard of Jeongjeon are Gongsindang to the east and Chilsadang to the west. This is the picture of Gongsindang. It houses spirit tablets of meritorious subjects who served the kings whose tablets are enshrined in Jeongjeon.

There is an Akgongcheong located opposite of Jeongjeon. This is where the court musicians and dancers stood by before performing the rituals.

If you walk further inside, you will be welcomed by the main entrance gate of Yeongnyeongjeon.

Yeongnyeongjeon is an annex to main hall, Jeongjeon. It was built in 1421 when Jeongjeon could no longer accommodate any more spirit tablets. The name Yeongnyeong means “may the ancestors and descendants of the royal family live long in peace.” In addition, the facilities and layout of Yeongnyeongjeon are similar to those of Jeongjeon, but the building is smaller and more intimate. Like Jeongjeon, it has a two-tiered elevated stone platform in front. The whole area is enclosed with walls, and three gates were built in the east, south and west.

This is the closest shot I can get because we are prohibited from going up the stairs.

It was a pleasant stroll through the grounds surrounded by woods! As a history buff, I had a splendid time reading the history of Jongmyo and taking pictures of the unique shrine. Check out other nearby tourist attractions like Ikseon-dong, Changdeokgung Palace and one of the oldest and largest traditional markets in South Korea, Gwangjang Market.

K-drama Filming Spots in Seoul for K-...
Gwanaksan—Four Things To Do In A Seou...
A german village in the middle of Kor...
BLACKPINK 官方咖啡廳: The SameE
What is Academic Hallyu?
Hogwarts in Seoul: A Must for Potterh...
The best healing experience, Tea Ther...
A guide to travel to Korea amid the p...
Total
1K
Shares
Share 1K
Tweet 0 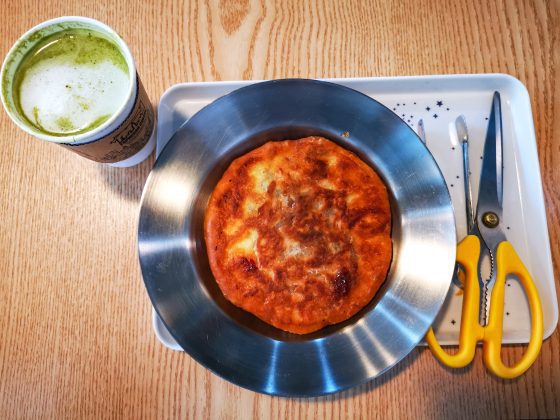 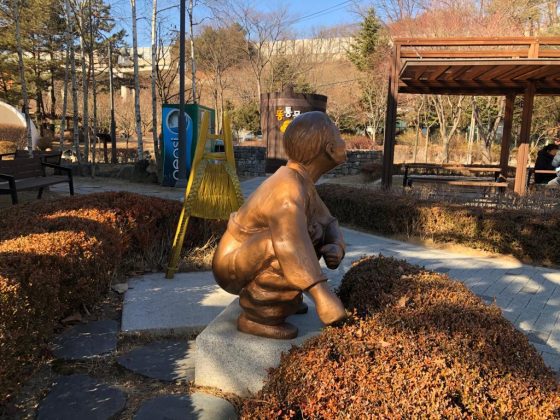