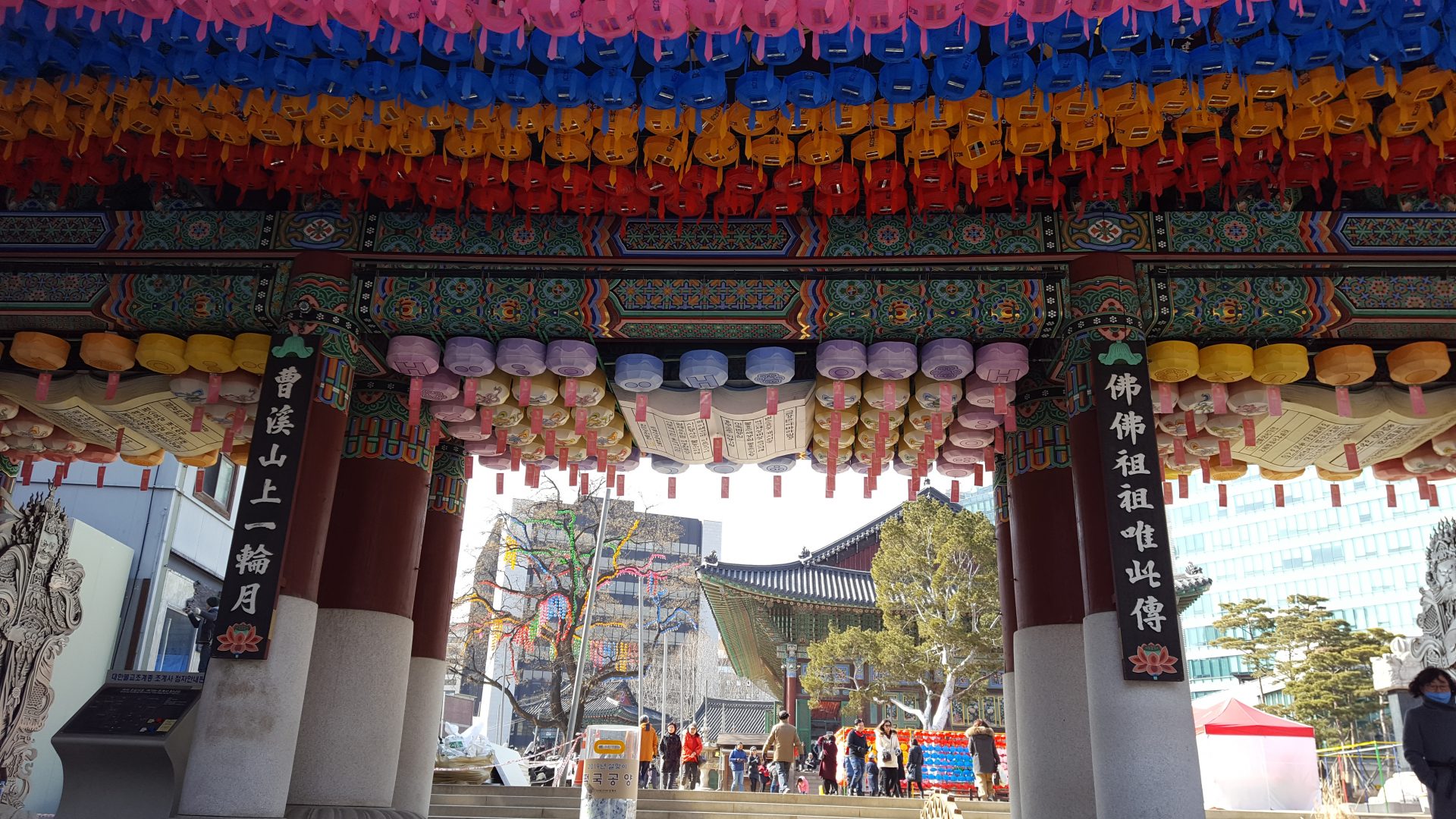 Jogyesa Temple and Bongeunsa Temple: Finding a sense of peace in the heart of Seoul

Buddhism has always been one of the main religions in Korea. Hence seeing temples and Buddhist structures all over Korea is not something to be surprised about. Currently, there are around 900 traditional Buddhist temples all over the country. Whether you are a Buddhist or not, visiting a Buddhist temple during your stay in Korea is all worthy because of its beautiful architecture and peaceful atmosphere. In this article you will get to know about Jogyesa Temple and Bongeunsa Temple, the two most popular and most visited Buddhist temples in Seoul. Both of these temples are located right in the middle of a metropolitan area, yet are the most beautiful, the most peaceful, and easily accessible temples you’ll find in Seoul city. Hence knowing a bit about both of these temples will be useful during your trip to Korea.

Note If anyone wants to take part in a templestay program, both of these temples provide the program to its visitors on prior reservation.

Jogyesa Temple is one of the main Buddhist temples in Korea. The temple is the district head temple of the Jogye order (the largest sect of Korean Buddhism), hence known as the temple that symbolizes Korean Buddhism.

Located in the middle of Seoul, Jongno-gu the temple is also famous not just among locals but also among expats as it is close to many other tourist attractions like Gyeongbokgung Palace, Changgyeonggung Palace, Jongmyo Shrine, Bukchon Hanok Village, and Insa-dong.

Jogyesa Temple was first established in 1395 during the beginning of the Joseon dynasty. Initially, it was named “Gakhwangsa” and then during the Japanese colonial rule it was known as “Taegosa”. Later on, the name changed again to its current name “Jogyesa” temple in 1954 symbolizing its status as the main temple of the Jogye Order.

Every year the temple holds various events, celebrations, and festivals to attract not just locals but as well as foreigners from all over Korea. The annual lantern festival and chrysanthemum festival are two such festivals that attract thousands of people every year.

Tip If you are planning to visit this temple then make sure you visit during these festivals.

What to see in Jogyesa Temple

Dharma Hall (Daeungjeon) – This is the main hall of Jogyesa Temple and is the largest Buddhist shrine in Seoul. Inside the hall, you will find the three golden Buddha statues; Amitabha Buddha, Shakyamuni Buddha, and Bhaisaiya Buddha.  All Buddhist events and ceremonies are held here. This hall is also one of the important cultural assets of Korea.

Lacebark Pine Tree (Beaksong) – This white pine tree is 500 years old and has been recognized as a Natural Monument since 1962. You will see this tree right outside the Daeungjeon hall.

Chinese Scholar Tree – This tree is also 450 years old. People believe that these trees help to bring positive energy to their surroundings.

Buddha Relic Stupa – This stupa is a ten-story stupa and you’ll see it right in front of the Daeungjeon hall.

Bongeunsa Temple is another popular tourist destination and one of the oldest Buddhist temples in South Korea. It was also the largest temple in Seoul during the Joseon Dynasty. Founded in 794 during the period of the Silla Kingdom, the temple has a 1200-year-old history. In 1902 it was one of the 14 major temples in Korea. During the Japanese colonial period, it became the head temple for 80 other small Buddhist temples around Seoul. It was also known as the head temple of the Korean Seon (meditation).

The temple was originally named Gyeongseongsa Temple and then in 1498, Queen Jeonghyeon renamed it Bongeunsa. The temple is now located in Samseong -dong, Gangnam-gu right near COEX mall. Compared to Jogyesa Temple, this temple is spacious and quieter. Earlier this temple used to be bigger than what it is today and the area where the COEX building is also used to be a part of it.

The main reason to attract both locals and expats to this temple is because of the Great Statue of Maitreya Buddha; the Future Buddha (Mireuk Daebul). This statue was made out of stone by Master Yeongam from 1986 to 1996 and is 23 meters tall. It is currently the tallest statue of Maitreya Buddha in South Korea.

This temple is also another venue that holds the annual Lotus Lantern Festival every May during Buddha’s birthday and it is undoubtedly the best time to visit this temple.

As mentioned earlier, Bongeunsa is located close to the COEX mall. It will take around 5 – 10mins by foot to reach the temple. However, if you are coming directly to the temple you can easily use public transportation. The closest metro stations to the temple are Samsung station (Line 2 – exit 6), Chungdam station (Line 7 – exit 2), Bongeunsa Station (Line 9 – exit 1)

Living in Korea as a foreigner - The ...
Seemingly Bizarre Illegal Things in K...
A Korean Countryside Trip: Ggotmacha ...
How To Buy BTS Concert Tickets in Kor...
Innisfree Jeju House - Is it Worth A ...
Giant Rubber Duck Returns to Seoul
A day in Comics World - Ko...
Feminism: Korea's most polarising iss...
Total
872
Shares
Share 872
Tweet 0 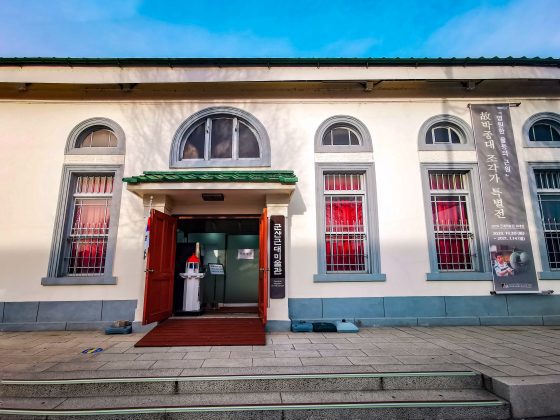 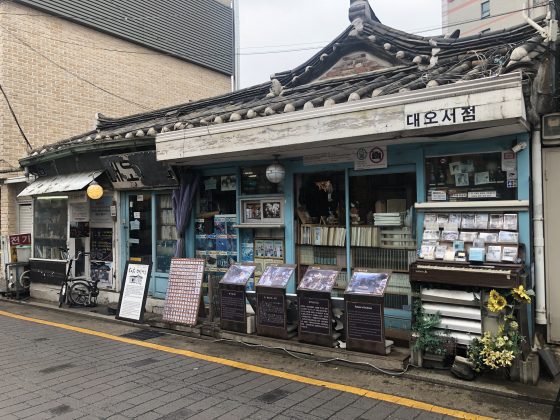 Places to visit in Hyoja-dong, Seochon