Most known as the brand behind the adorable ‘Rockstar Pet’ collection, clothing brand Joegush has its roots in upcycling. With their signature slogan, ‘Rock n’Roll Made in Atelier’, much of the brand’s offerings lie in darker, grungy fare, a farther cry from the simple shirts and caps that have caught on among Seoul’s young fashionistas.

Featured in a series of videos on Youtube from a few years ago, their director Choi Hang-won is shown introducing sweatshirts stitched together from mismatched parts to make a creative, effortlessly cool final product. As he mentions in the videos, it takes a lot of time, effort, and wasted materials before he finally gathered the know mastered the skills to start his own brand, Joegush.

However, he was inspired by the waste he produced as a student of the arts. The way he talks about the work he does is truly inspiring. He allows viewers to recognize the value in the upcycled, ‘remake’ pieces he creates.

Joegush’s roots in the mixing and matching of fabric scraps to create something new inspired their latest FW 2021 collection. The collection featured graphic patchwork pieces, this time printed rather than sewed together by hand.

A standout among the collection is their Graphic Patchwork Puffer Jacket. It is so different and unique from the standard plain black puffer jackets so often seen worn by the Korean public. 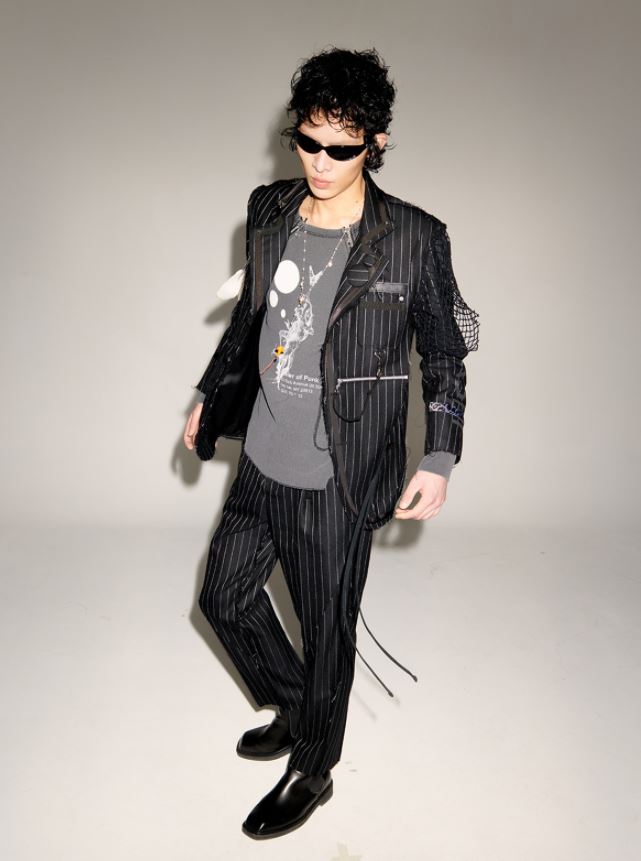 Another piece to look out for is the Inside-Out School Blazer, featuring plenty of mishmash embellishments and graffiti-like writing on one sleeve. This piece truly brings out the rock-and-roll spirit that forms the backbone of Joegush’s identity. Plus, it is so reminiscent of what a rock band’s frontrunner would wear at a concert. This particular piece retails for a cool million won. However, a cheaper version of it minus all the added details shows a pared-down version of the messy-yet-chic aesthetic.

Joegush’s spring and summer collection features an interesting mix of everyday wear and eccentric runway looks. Grungy plaids, mesh, and straps are commonplace in this line. Indeed, this line has taken all of Korea’s trendiest alternative fashions and taken them to the next level.

My Pet is a Rockstar

One can’t talk about Joegush without mentioning their most famous commercial line, featuring slogans like My Cat is a Rockstar and I’m a Manager and My Dog is a Rockstar and I’m a Manager. Although the brand has found favor with pet owners all over Korea, it is their reflective nylon caps that steal the show here. They are soft, casual, and especially photogenic when captured with flash on. Their caps are a true must-have item, especially the almost-silver Light Grey colorway.

Joegush retails on their official store, as well as select shops such as Heights and Llud. Click Here to read more about Llud. 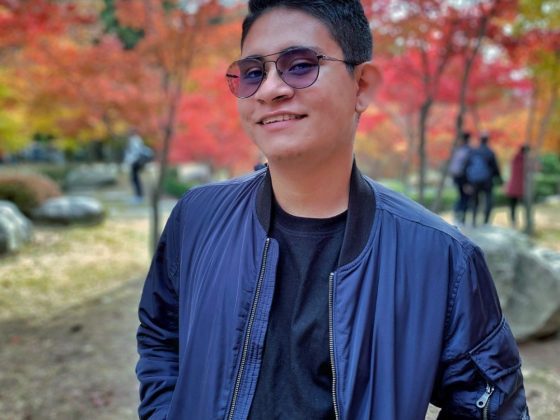 How I Ended Up in Korea for Free: An Interview