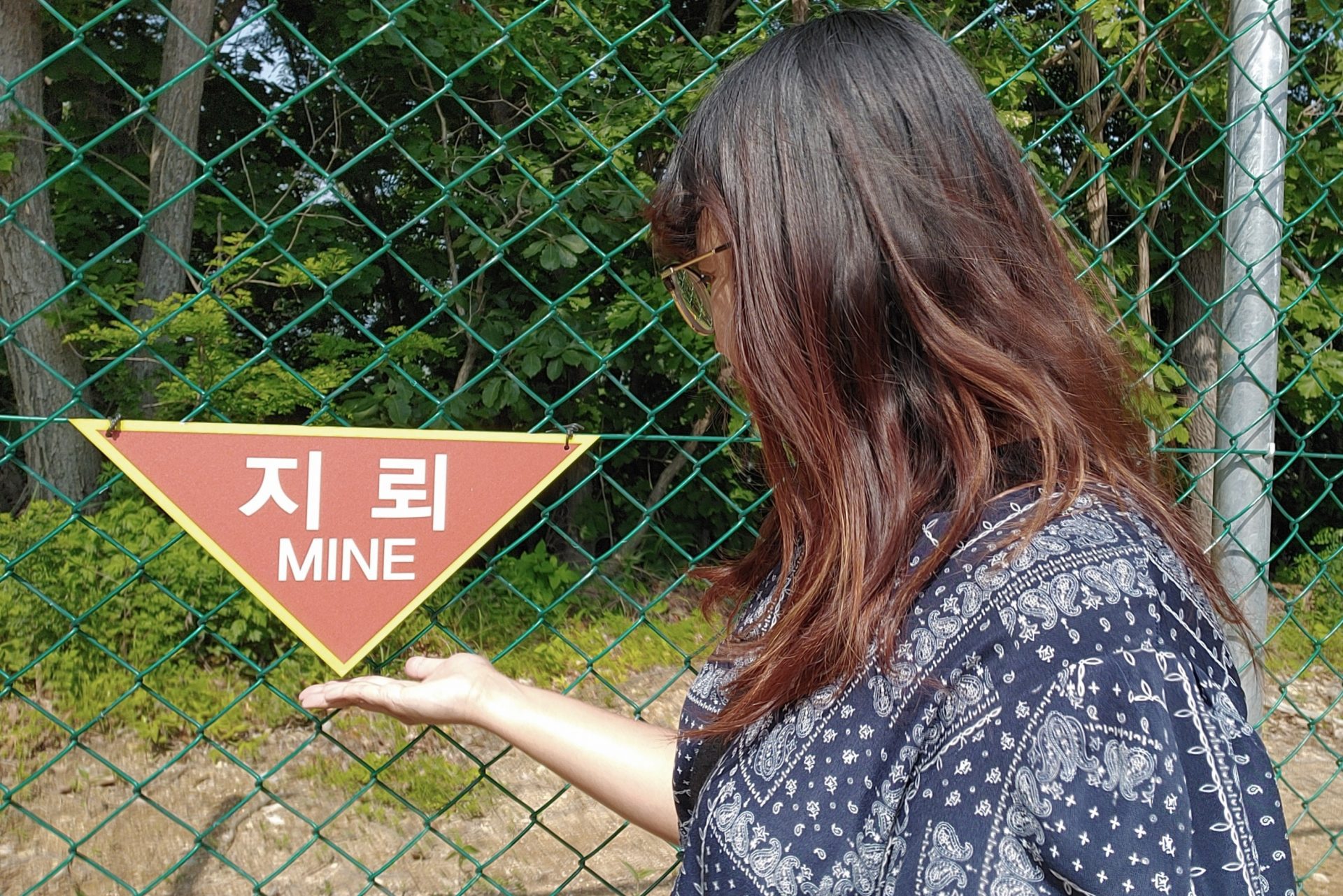 Is it safe to go to the DMZ alone?

Demilitarized Zones (DMZ) is uniquely Korea. It is practically the only place in the world where Cold War remnant is still practically ‘alive’. Berlin Wall’s ruins might be there, but both Germans are reunified. Both Koreas are not. That is why DMZ is an interesting destination for many people. Before Covid-19, there were tons of DMZ tours available for domestic and international tourists. Now, it is almost non-existent.

One question that I always receive is,

Can we go without a tour?

YES, except for the highly restricted Joint Security Area (JSA). For other DMZ destinations, you can go alone, though there are not many options if you do not own (or rent, or know someone who owns) a car. DMZ is literally located at the border of two Koreas, so they are quite remote.

Another question is, “Where is the DMZ?” Most people think that the DMZ was only in PAJU. Nope. DMZ is 248 km long, stretching from the West Sea to the East Sea. It passes through several cities, including Paju and Goseong.

Personally, I have been to several DMZ points, from the JSA to Geumgang Condo in Goseong. Visiting all DMZ spots has been my personal goal, and I could actually write several lengthy posts to tell about the places and the whole Inter-Korean history hahaha. But in this post, I would only mention (and briefly write) two DMZ destinations that are reachable by public transport for a solo traveler: Imjingak Park and Ganghwa Peace Observatory.

I have visited this park three times. Not because I really like it, but because I went there twice with a tour package. Any tour to the DMZ usually includes this so I had no choice. The third visit was the only time I went by public transport by myself, because I needed to gather materials for a class I am teaching.

Anyway, Paju is not far from Seoul so there is always public transportation. But the most convenient time to visit Imjingak is on weekends, because there is bus 7300 that is going directly to the park. The bus has an hour interval, so it is better to be on time! 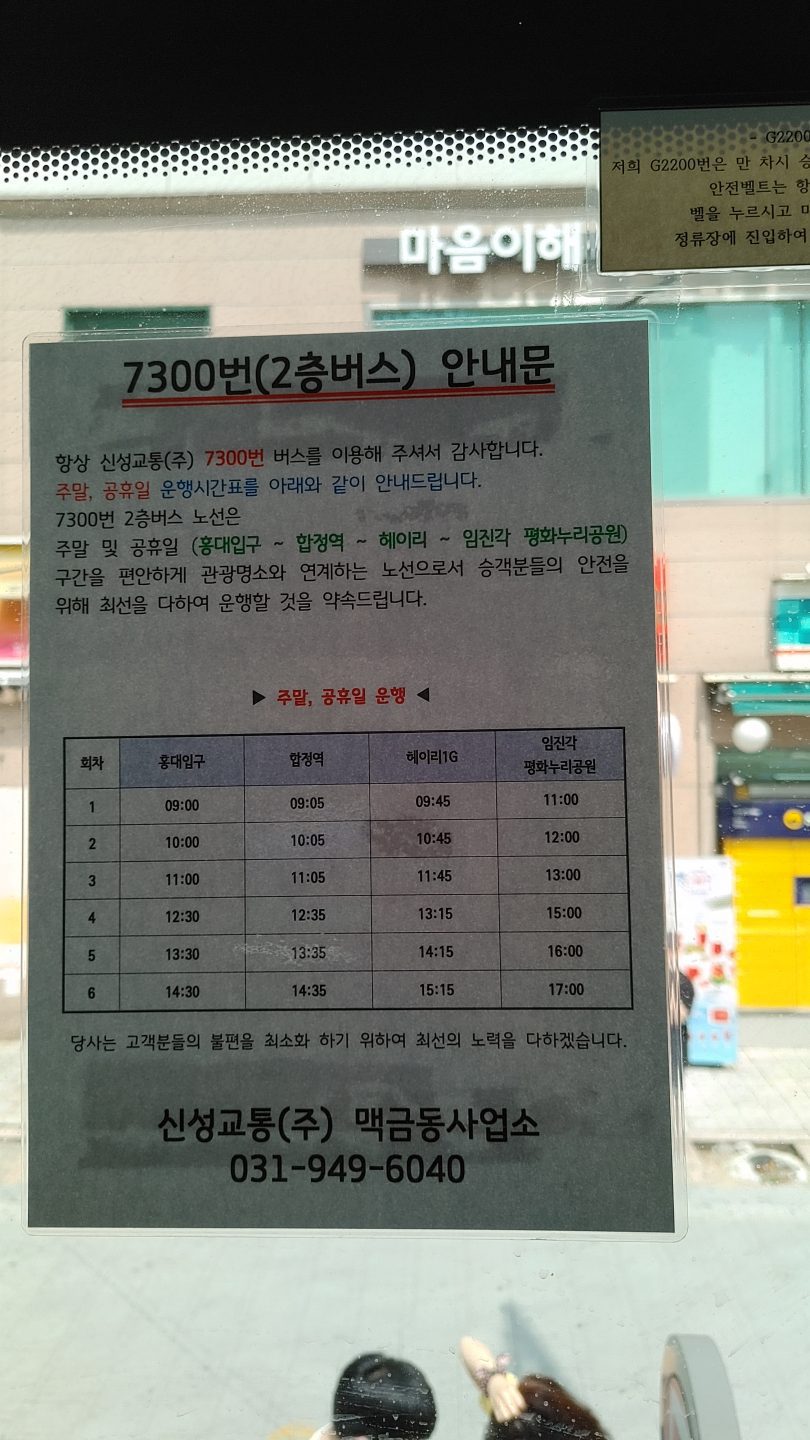 Imjingak, the Peace Park, offers a one-stop tourism attraction. It has an amusement park, DMZ Observatory, DMZ exhibition, and the latest one, DMZ Gondola. It is actually very safe and family-friendly. There is even a food court near the car park, so you can fill in your empty stomach after a long journey from Seoul. There are some cafes at the observatory and at the gondola station.

Besides useless binoculars, there are some notable spots you can visit, like a small bunker, a defunct train locomotive (with bullet holes), and a small observatory to view the broken bridge. For the small bunker and small observatory, you will need to pay additional fees (KRW 1,000-2,000). They are worth it for the first visit only.

Meanwhile, Paju Peace Gondola is the newest attraction in Imjingak Park. It will bring you to the previously restricted area across the park. There, you can see DMZ Ecological Park (not open yet in late May when I visited) and hike up to the Observatory Deck (with the lighthouse). The gondola costs KRW 9,000 (round trip).

Some of the areas are still restricted with barbed wired and “mine” signs all over. I was totally excited for the barbed wires, to be honest. I did not plan to board the gondola, but as soon as I saw the ‘MINE’ photos in the gondola station, I was sold hahaha. Not sure if there are real mines or not, but knowing the DMZ, it’s not impossible. Long history shortened: both Koreas are still struggling to remove millions of landmines from the Korean War along the DMZ areas.

If Imjingak is a commonplace for a DMZ tour, Ganghwa Island Observatory is definitely NOT. Not many people know about the existence of the observatory in Ganghwa Island, let alone visiting this place alone, unless one is crazy. I am the crazy one #ha.

I actually visited this place TWICE. My first attempt was not successful because the observatory was closed. For the next visit, I call them first (ask my Korean friend to call, to be exact) to ensure that they are open for visitors. It is crucial to call them because this destination is not easily accessible by public transportation. First, I needed to board the No. 3000 bus from Sinchon to Ganghwa Island. Second, I needed to wait for hours for the bus (No #26, #27, #28) at the bus station to take me to the observatory. The bus interval was more than one hour. On the second visit, I decided to just take a taxi to go (around KRW 10,000).

To enter the observatory, you need to pay the entrance fee (KRW 2,500 for adults) and hike up a little bit to the actual observatory from the ticket booth. There are five floors (if I remember correctly) in the observatory, but the top floor is military restricted. The first floor serves for peace ribbons and peace messages for the Korean Reunification. The second one has a small exhibition about Inter-Korean relations and each South Korean president’s achievement in it. There are also tidbits about Ganghwa Island and Korean War history, but everything was in Korean. The next floors are only for observatory decks with binoculars and a small ‘lecture’ room. There are more binoculars at the outdoor decks, as well.

This observatory is located right at the Northern Limit Line (NLL), or in a simple term: Northern and sea border with North Korea. If you want a clear view of the Northern territory and their villages, the Odusan Observatory and Ganghwa Observatory are the best places to visit (Odusan wins a little because their binoculars are free). Prepare your KRW 500 coin here because the views are definitely worthwhile. You can also see the Northern territory well without binoculars. On a good weather day, you can even see Kaesong from the binocular.

Around the observatory building, there are some military exhibits and a small memorial ‘park’ for The Fallen Heroes. If you notice, right outside the observatory, there are barbed wire fences around the island’s border. Before going closer to the observatory area, there is one military check-point as well (but we don’t need to show our passports/IDs). Things like this remind me that the Korean War never really ended and peace is really hard-earned. 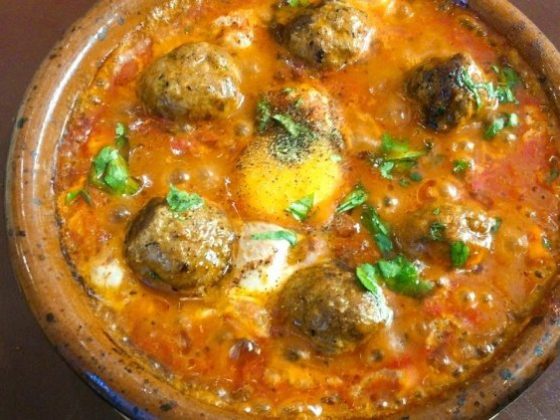 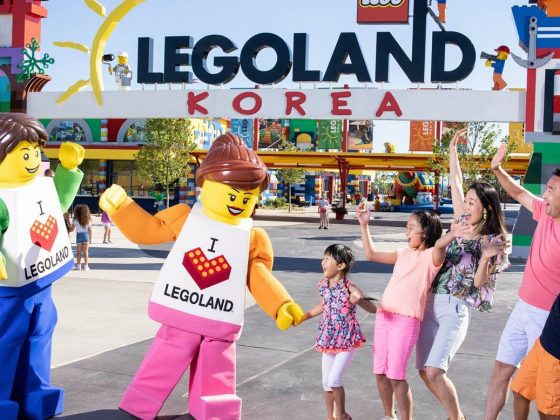