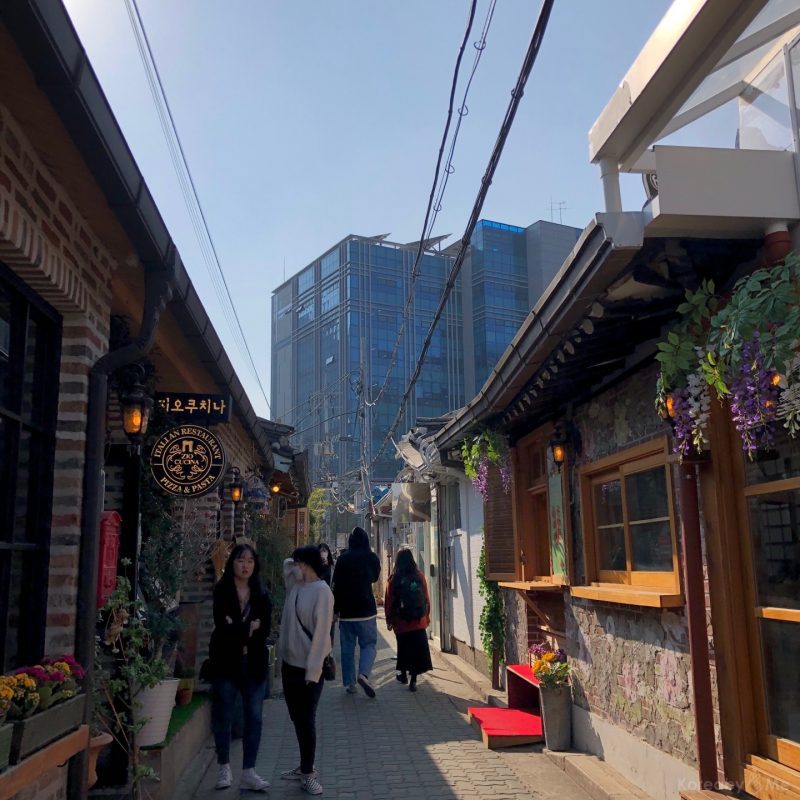 Ikseon-dong: The Trendiest Neighbourhood in Seoul

If you are passionate about photography or looking for places to take pictures for your Instagram feed, there are so many places to visit in Seoul, South Korea. In this post, I would like to introduce my recent favorite neighborhood Ikseon-dong to you. Ikseon-dong has some historical significance which makes it a good place to experience Korean culture. And every corner has its own vibes and themes. Make sure you fully charged your camera and phone and if you are ready, let’s go!

Ikseon-dong Hanok Village is located in Jongno, the center of Seoul. When you exit from Exit 3 or 4 of Jongno 3-ga Station on Line 5, you will see a narrow alley across the street. It is a narrow alleyway where cars cannot get in. More than a hundred of Hanoks (Korean traditional houses) are making a cozy village. And the twists and turns of narrow alleys may seem all the same, but each path are full of attractive shops and cafes with unique characteristics of their own.

A little bit of history

In the past, with the increase of Seoul’s population, a lot of Koreans failed to find houses to live in. Thankfully, Korea’s first modern architect Jeongsekwon or Mr. Jeong, bought a large portion of land. He then built 30 square meter hanoks which later would be known as Ikseon Dong Hanok Village. A village was for the common people who could not afford homes during those hard times.

At the time, the village was an old and undeveloped town and residents began to move out to find a better place to live.

After years, smart entrepreneurs and businessmen found an opportunity out of this village. They bought the empty houses and started restaurants and shops in the area. The bustling businesses eventually became so famous that the entire village became a tourist spot.

It was a random spring afternoon. I was craving a cup of good coffee and hence I brought my friends to Ikseon-dong which is a stone’s throw away from my house. When we arrived on the street, we were quite lost. Not much direction was in Kakao Map. All the alleys looked the same to us and I can say that it was like a maze. Thanks to one of my friends who suggested us to follow the crowd, we finally found a nice coffee shop called Dongbaek Yanggwajeom (동백양과점) after wandering for about 15 minutes.

This coffee shop looks simple on the outside but the atmosphere inside was out of our expectation. Imagine drinking a cup of Americano in a Korean traditional house with Jazz music on, life is pretty great! We were lucky as we only waited for less than 10 minutes to get a table. I heard that the cafe is always full, especially long lines on weekends.

The pricing of coffee was around 8,000 KRW. It was small but worth it. The souffle was awesome too although the price is a bit too much (around 20,000 KRW). It was soft and spongy and we really enjoyed it because it wasn’t too sweet. While they also have you to wait for up to 30 minutes for souffle as it is made on-spot. Try it out if you are not in a rush.

After a cup of coffee, my friends and I went into a random dress shop and rented the Edwardian style of dresses. It was such a special experience since we are big fans of Mr. Sunshine, one of the most popular Korean dramas.

The rental fee was 9,000 won per person and we had 3 chances to try on the dresses according to our preferences.

As we walked around, we accidentally discovered an alley full of Korean barbecue places in Ikseon-dong. And it was heaven to my friends and me. At the time, we were really exhausted after taking thousands of pictures with the vintage dress on. The pork was fresh and we cut them into pieces. We had some Soju as well while having a feast. What a good way to end our day.

Start exploring and immerse yourself in the beauty of Ikseon-dong!

Go Second Hand Shopping In Seoul
One Day Around Anguk Station
Best Places for Donkatsu Lover Around...
Everlasting Love & Cherry Blossoms: H...
Pink Muhly Paradise in North Jeolla
Yanolja: Your Best Choice for Hotel D...
What is the TOPIK Exam and How to Pre...
Hogwarts in Seoul: A Must for Potterh...
Total
844
Shares
Share 844
Tweet 0

An engineering student who hates being cooped up in a house. Follow me up on Instagram lingirl_chew 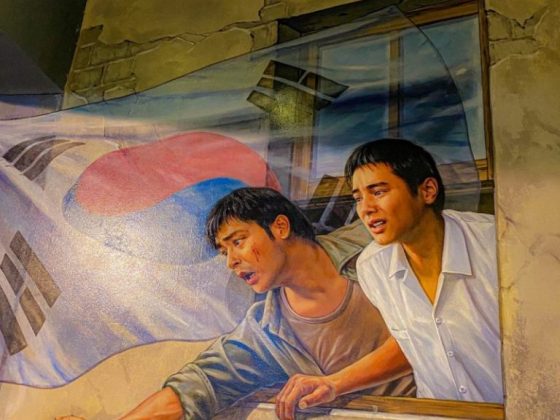 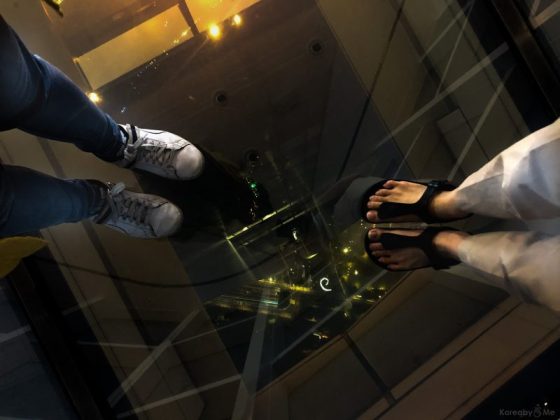