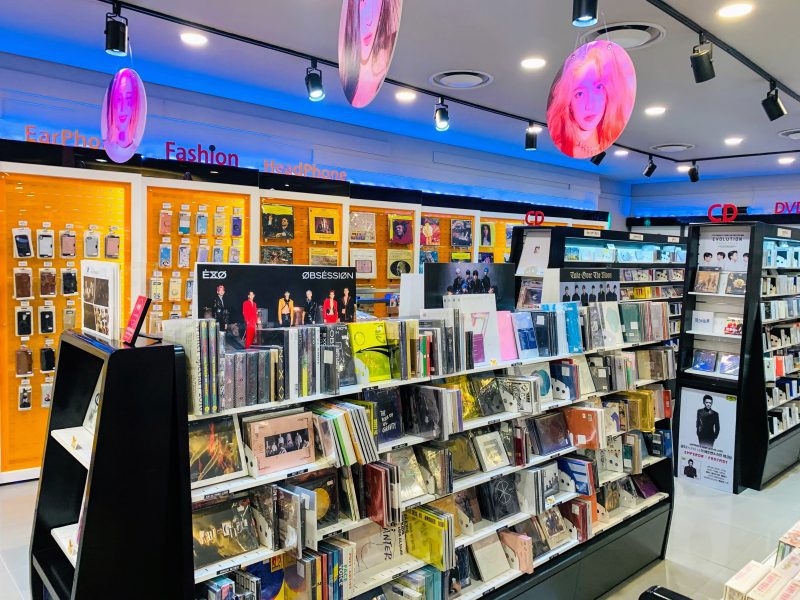 IFC Mall, transparent to see inside and outside, is a mall in the underground. The mall is located in Yeouido district, the center of the Seoul city in terms of Finance and development.

The outside area of the shopping mall is green and clean. The shape of the glass structured mall is somewhat like a “bent M letter”, exposed directly to sunlight in the daytime. While under the moonlight, the colorful fluorescent lights on the glass enlighten the entire area. This view of a shopping mall at the landmark in Yeouido illustrates the growth of development in Korea. 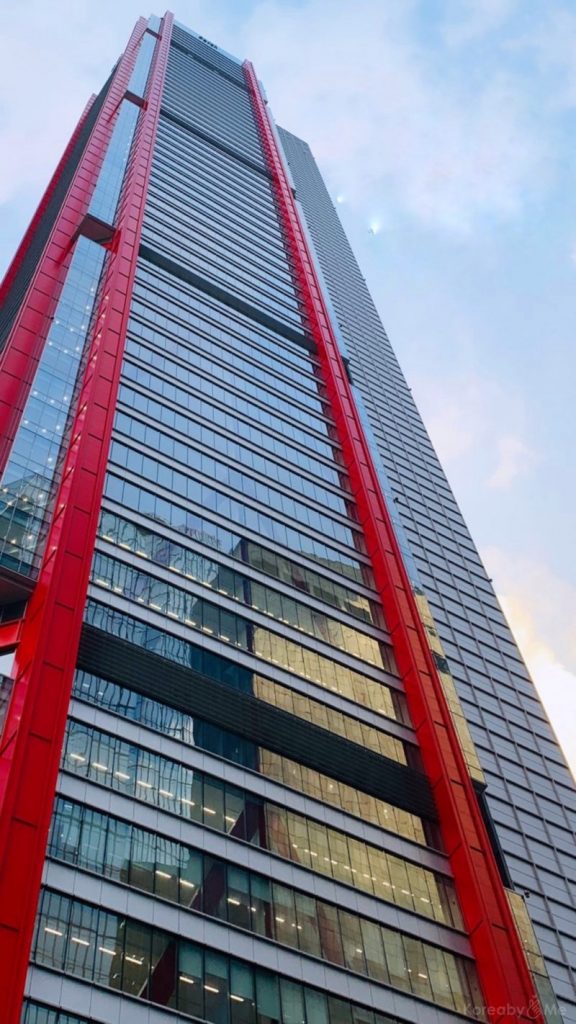 IFC is an international mall, famous for its variety of luxury brands, 4D cinema, and a level specific just for food. Although, the mall is overall expensive to some extent as it comprises international clothing brands like Zara, Chanel, gap, and much more. But the foods of different cuisines are quite reasonable to reduce your hunger.

The charge for parking starts after the first free 30 minutes which is 1000 won for every 15 minutes.

The entire mall surrounded by free Wi-Fi signals holds around 110 outlets.
For Kids and physically disabled people, baby strollers and wheelchairs are available for rent.

Inside the glass pavilion

Levels Of the IFC Mall:

The shopping mall comprises 3 levels in the order of GL, L1, L2, and L3 towards downward underneath the ground. The earth’s surface lies to ground level (GL) where the entrance gate exists. 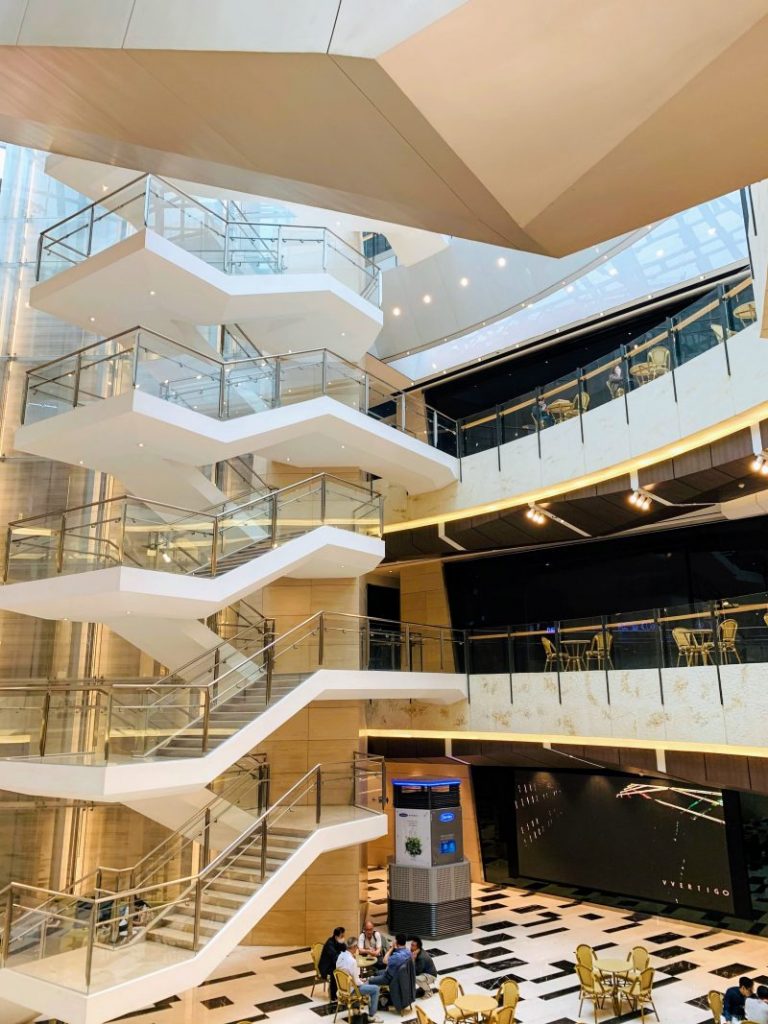 There are a variety of fashion brands as you go down the level one including the International clothing brand “Zara”.
The Japanese clothing brand UNIQLO (Women) and A/X Armani Exchange (Label of Armani) are also there.
Baby care facilities and An International ATM also lie on the same floor.

YPBooks (Young Poong Books) a major bookstore of South Korea, rests on level two of the mall.
North American footwear company; SKECHERS, A British cosmetic company; The Body Shop, and a Spanish clothing design company; Mango (man) is there.
A Pharmacy with a wide range of medicines also lies there.

Internally, the level two of the shopping mall connects to underground subway line, to the Yeouido Station. 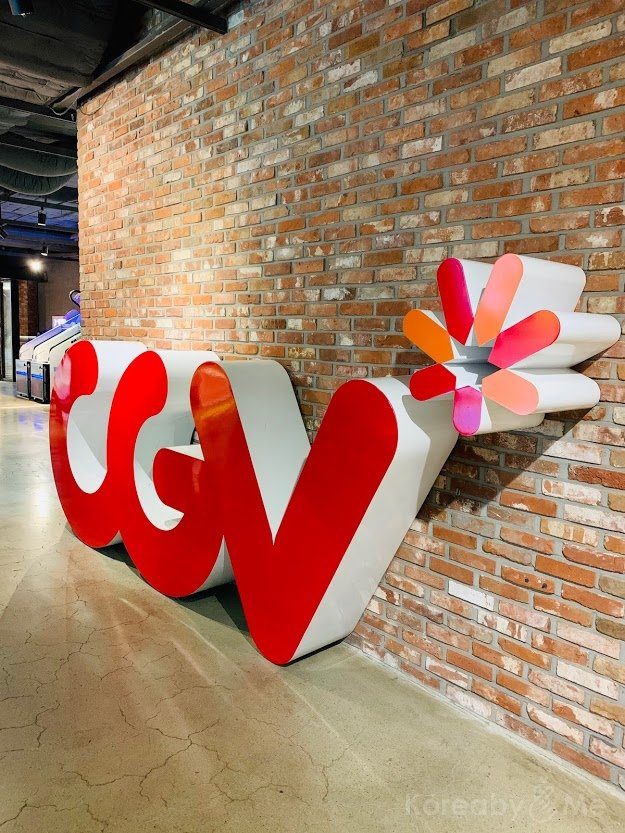 The entire level three is full of food outlets. You can check out McDonalds, BURGER HUNTER, Rak`n Wok, The steak House or the premium food court, Food Empire.
Restaurants ranging in variety of cuisines like “tasting room” with a variety of Italian foods and ON THE BORDER, with traditional Mexican Food, are also there.
A grocery store, OLIVE MARKET, sits at this floor as well.

Furthermore, one of the reasons behind the crowd of  Yeouido, CGV*, a  4Dimensional Cinema, rests on this level three of the shopping mall

The IFC Mall on the side of Han river is surrounded by International Finance Centre (IFC) Office Towers and a five-star Conrad Hotel, one of the most luxurious hotels of Seoul.

You can also explore nearby Yeouido park for 150 meters after leaving the shopping mall.
Its grassy clean area would make you sit and breathe in fresh air for a while.
Hold a coffee cup from the park’s coffee shop in your hand. Sit & watch a view with a number of sketch boarders and bicyclists enjoying around you. This would probably make you relaxed and lighten your stress! 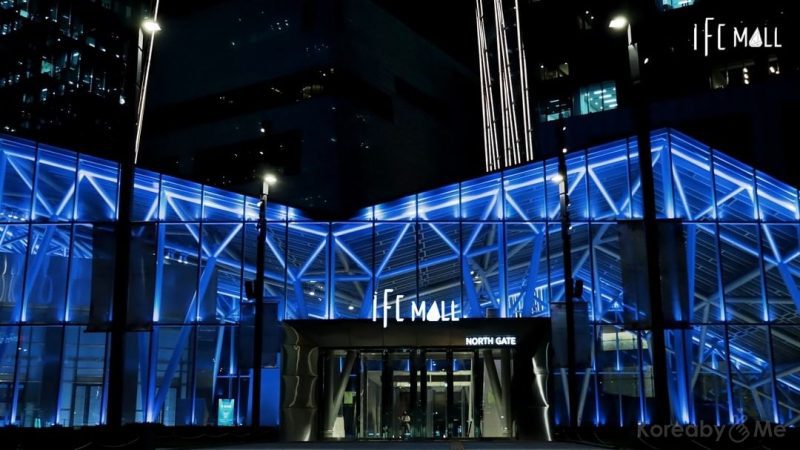 IFC mall, designed by Arquitectonica, opened on 30 August 2012. The IFC mall is a part of the International Finance Centre (IFC) project, one of the high investment projects of Korea, started in 2007 for the sake of the financial development of Yeouido and completed in 2012.

The third office tower building known as “Three International Finance Centre” with 55 stories is the 10th tallest building in South Korea. The entire project covers an area of 5,400,000 square meters on the side of Han River, Seoul.

The mall, by the current time, is the only big international mall in Yeouido. The same IFC mall exists in Shanghai and Hong Kong too.

IFC mall arranges a festival during the “Seoul Fashion Week” in which visitors participate for the “Best Fashionista” and get awarded with the benefit of an IFC gift Card with different values.

The Photographs of the fashionista participants taken in a mini studio get displayed, and the audience selects the winners for each day of the “Seoul Fashion Week” by open vote.
At the end of the fashion week, the best one from the six is selected and awarded with a value of 1,000,000 KWR IFC gift card.

Moreover, the mall hosts promotions of the upcoming Korean Films and fan meetings for the stars of the entertainment industry in CGV Theater, which is one of the big reasons for the mall for being the center of Yeouido. 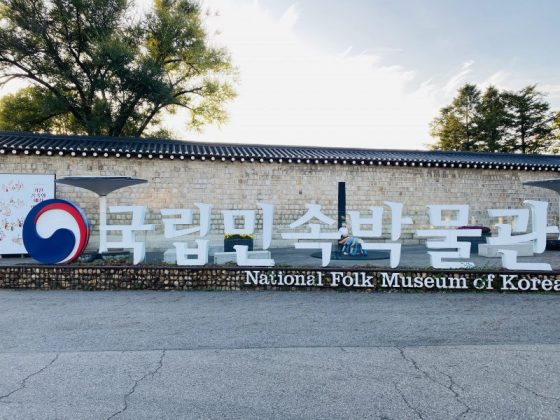 The National Folk Museum of Korea, First Place to Visit on a trip to Seoul 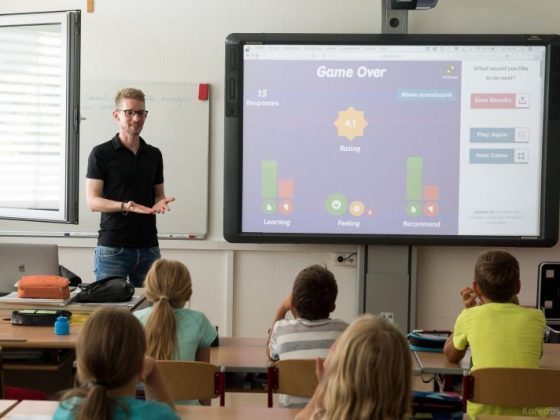 English Teaching Job In Korea – How To Get One?