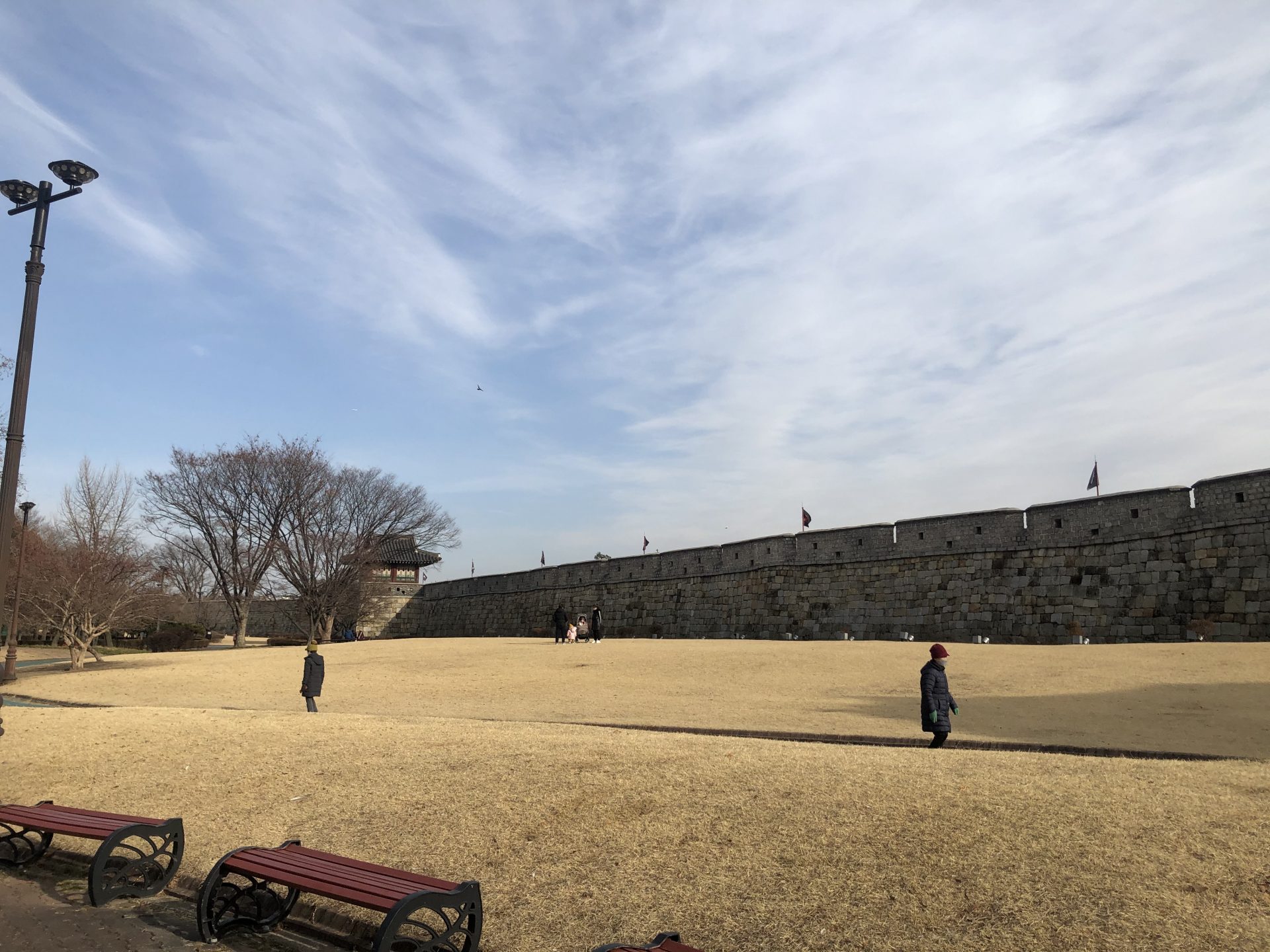 Hwaseong is a city full of many interesting historical sites as well as unique modern-style hangout spots located in Gyeonggi Province of South Korea. Among all the interesting sites, Hwaseong Fortress and Hwaseong Haenggung are the two attractions that always make up the top of the list of must-visit in Hwaseong. Here we are going to list 5 top attractions in Hwaseong.

Designated as a UNESCO World Cultural Heritage Site in 1997, Hwaseong Fortress is a main historical site in Hwaseong that has high historical value. In fact, it was built during the Joseon dynasty for defensive purpose to protect the city as well as served as a display of King Jeongjo’s filial piety towards his father.

The wall of the fortress stretches as long as 5.7 kilometers centering Paldalsan Mountain. It encloses an area of 130 hectares with Suwoncheon, the main stream in Suwon flowing through the center of the fortress. It consists of 4 main gates, 2 flood gates 4 pavilions, 3 observation towers and many other features. Among the gates, Paldalmun(팔달문), the South gate, is probably the main feature where tourists take pictures in front. In fact, the scenery how the whole stone-based fortress harmonizes with the grassland and blue sky is sufficiently perfect.

The main activity that is held at Hwaseong Fortress are Hwaseong Cultural Festival that is held annually in fall. In normal days, various performances such as martial art performance, royal guards ceremony and many other traditional performances are held in the square in front of Haenggung.

A haenggung(Palace) , different from a “Gung”(Palace), refers to a temporary place where the king and royal family retreat to during a war. Therefore, Hwaseong Haengung Palace is one of those and, in fact, the largest. King Jeongjo was the first king who built and used this place, not only as a shelter during war, but also a location for awarding certificates for successful candidates of special national exams as well as a temporary stay during the kings’ trips.

By visiting there, you get the chance to see the unique traditional architectures or Korean palace. The palace features SInpungnu Pavilion, Bukgunyeong and many other interesting buildings. Owing to its conserved features of traditional architectures, many Korean dramas, especially those using Joseon dynasty as background, had been filming their scenes in Hwaseong Haenggung. For example, the hit dramas in 2012- “Moon Embracing the Sun, and Rooftop Prince.

Similar to Hwaseong Fortress, Hwaseong Haenggung also hosts many traditional cultural performances and activities. However, all of them have been temporarily cancelled due to the pandemics now. (sob)

The admission fee is 1500 won per adult but you get a free entry if you wear a Hanbok.

Suwon Traditional Culture Center was established in 2015 to develop and to promote Korean Traditional Culture to the locals as well as the foreigners. Here, visitors get the opportunity to participate in activity and programs that allow them to experience and learn more about Korean culture.

If you are interested in an of their programs, make sure to make a reservation before visiting.

The name of Banghwasuryujeong Pavilion takes after its beautiful views of surrounding scenery, which means “find flowers and stroll among willow trees”. It was built during the construction of Hwaseong Fortress and was known as the spot where King Jeongjo stopped by on his way to the fortress. One of the specialties of this pavilion is its rood design that offers a different look depending on the viewer’s perspectives. Standing at the pavilion, you could enjoy a bird-eye view of Yeonmundae Post and Janganmun Gate with Paldalsan Mountain in the background.

After visiting the historical sites, how about pampering your tongue and stomach with good coffee from 91 Coffee? Actually, there are many unique coffee shops lining up the street just down the hill of Hwaseong Fortress. We accidentally found this very classically and antique-styled coffee shop that offers hand-drip coffee and tiramisu.

This uniqueness of this coffee shop is that it takes up the whole pentagon(?)-shaped building and has a mysterious well built in front of it.

The interior and exterior were designed and decorated to be like some old-school vibe. We enjoyed our time there!

Hwaseong is a good place to visit if you are interested in history and enjoy Korean traditional architectures and culture.