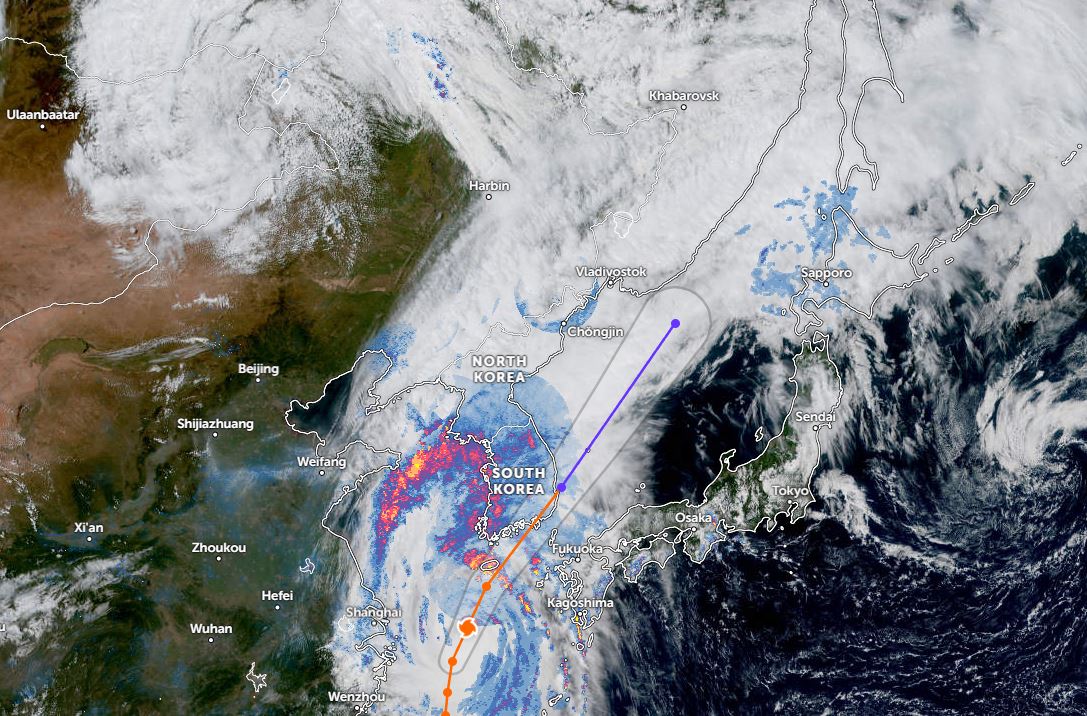 How to Prepare for a Typhoon in Korea

South Korea is bracing for impact as super typhoon Hinnamor approaches. This typhoon is predicted to be the largest on record to hit the country. So, this is what to expect and how to prepare.

Table of Contents
What is a Typhoon
Past Hurricanes in Korea
Typhoon Hinnamnor
How to Prepare for a Typhoon in Korea
Stay Updated: Emergency Alerts & Tracking

What is a Typhoon

For those from north and central America, you are undoubtedly familiar with hurricanes. Hurricanes are the exact same thing as a typhoon. The only difference is the location. Hurricanes are in the Atlantic Ocean, typhoons in the pacific.

Typhoons are large storms that form when hot and cool air meet. As a result, Korea often gets these storms as the seasons change. In fact, it is pretty normal for South Korea to experience typhoons. However, with climate change, the weather is becoming more extreme and so cooler temperatures meet hotter temperatures and the storms are bigger.

Past Hurricanes in Korea

Typhoon intensity and pathways are infamously difficult to predict. These fierce storms are often concentrated and have tighter pathways than regular storms. Those who have been in Korea for the past few years probably recall a lot of buildup to past typhoons. However, recent ones have been a lot of build-up over nothing. Many changed direction at the last minute and never made it to the mainland.

However, last month, in August 2022, we saw just how much damage rainfall can do in Seoul. The images that came out were shocking, but the damage was localized to only a few areas in the city and everything was back to normal within days even in the hardest hit areas.

Overall, South Korea has not seen any major infrastructure failures in recent decades as a result of hurricanes or any other natural disasters. Infrastructure and emergency response in Korea is honestly quite impressive. During my 7 years here, I have only witnessed a power outage once and the failure of telecommunications twice. In all instances, everything was back up and running within an hour.

Beginning on Sunday, September 4th Seoul began getting rain as a result of typhoon Hinnamnor. However, the main storm was still two days away from hitting the mainland of the Korean peninsula. 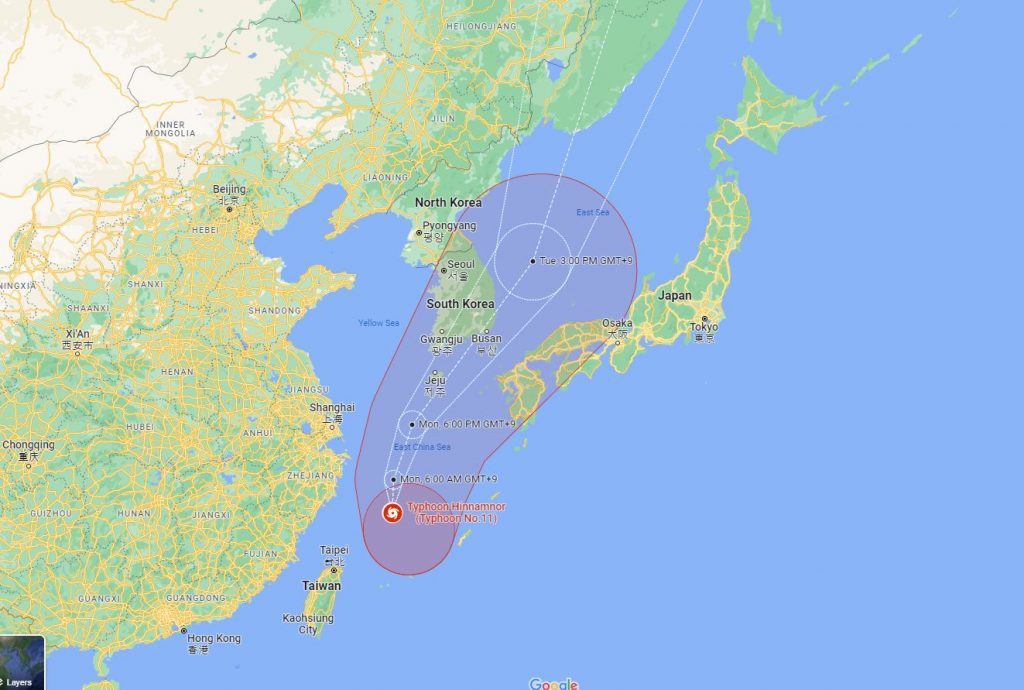 On Tuesday morning, the storm is predicted to hit Busan, which is 325 KM (200 miles) south of Seoul. Current predictions are that the eye of the storm will not pass over Seoul at all. It will pass off the coast of Jeju island on Monday night. Then, on Tuesday morning it will be directly over Busan, then Pohang. Finally, it will go over Ulleung-do on Tuesday afternoon.

So far, typhoon Hinnamnor has been classified as tier 4, the highest possible storm category. However, South Korea’s storm categories are quite different from those used to measure hurricanes. It is predicted that the storm will reach 195 km/hr. Which, would make it a category 4 hurricane if it was in the Atlantic. Meaning, that it is slightly stronger than hurricane Sandy which hit New York in 2012.

How to Prepare for a Typhoon in Korea

In addition, Korea already has a pretty effective system to issue rations. We already saw how the system worked with the distribution of masks and vaccines. It was fairly smooth, however, there was a delay for foreigners. There is a very low probability that getting food and water would be an issue. However, if you are a foreigner living in a flood zone, you may want to get a few days’ worth of food and bottled water.

Personally, I don’t think there is much of a reason to be concerned. However, if you would like to prepare just in case, here is a list of supplies to prepare

What the Government is Advising

While preparing for infrastructure and gathering supplies is not recommended by the government is not advised, there are flood warnings. As we saw with flooding last month, those near rivers and who live in basement apartments are at high risk.

If you Live Near a River or Low Area

If you live near a river or area prone to flooding, you are advised to move to higher ground and avoid walking or driving through flooded areas.

Do not go walking in flooded areas! Several people lost their lives during floods last month after being swept into rivers and the sewage system. While areas have planned to add additional safety covers to manholes and drainage systems, they have not been implemented in all areas yet.

If you Live in a Basement

If you live in a basement that is in a flat area, low-lying area, or near a body of water, you are advised to evacuate. Basements can fill with water quickly and entrances can be impassable if water is rushing in too quickly.

If you choose to stay in your basement apartment, make sure there is a window you can get through if you need to. Many basement apartments have metal bars on the windows that stop people from getting in. Have them removed, or have the tools needed to remove them.

The most important thing during a natural disaster is to stay updated. This can be difficult if you don’t speak Korean. Evacuation information and storm updates will be sent to your phone as an emergency alert.

If you don’t speak Korean, there is an app you can download to send the alerts in English. The ‘Emergency Ready App’ has translated versions of all emergency alerts.

Additionally, in the case of impending Typhoon Hinnamnor, you can Click Here to track the storm.

The “Tottenham Hotspur” challenge on ...
Know These Basics of Teaching English...
Sambok: Three Hottest Days of Korean ...
Accommodation: Apps to Find the Best ...
Taking TOPIK in Korea – A Guide For F...
Places to visit in Hyoja-dong, Seocho...
A day in Comics World - Ko...
Nonsan City: A Place Worth The Visit
Total
0
Shares
Share 0
Tweet 0 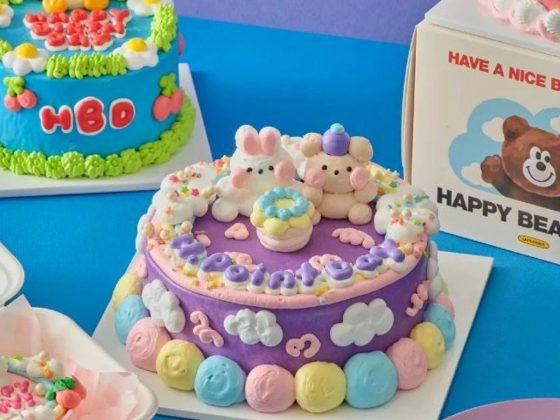 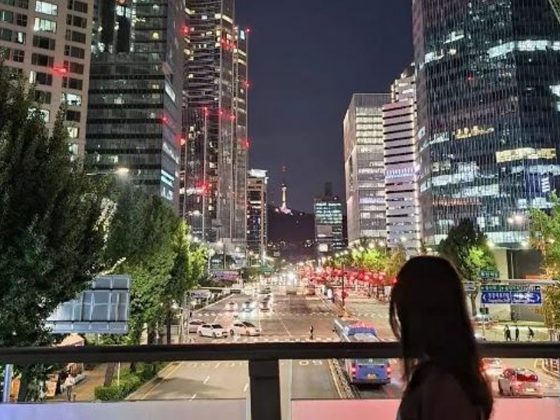