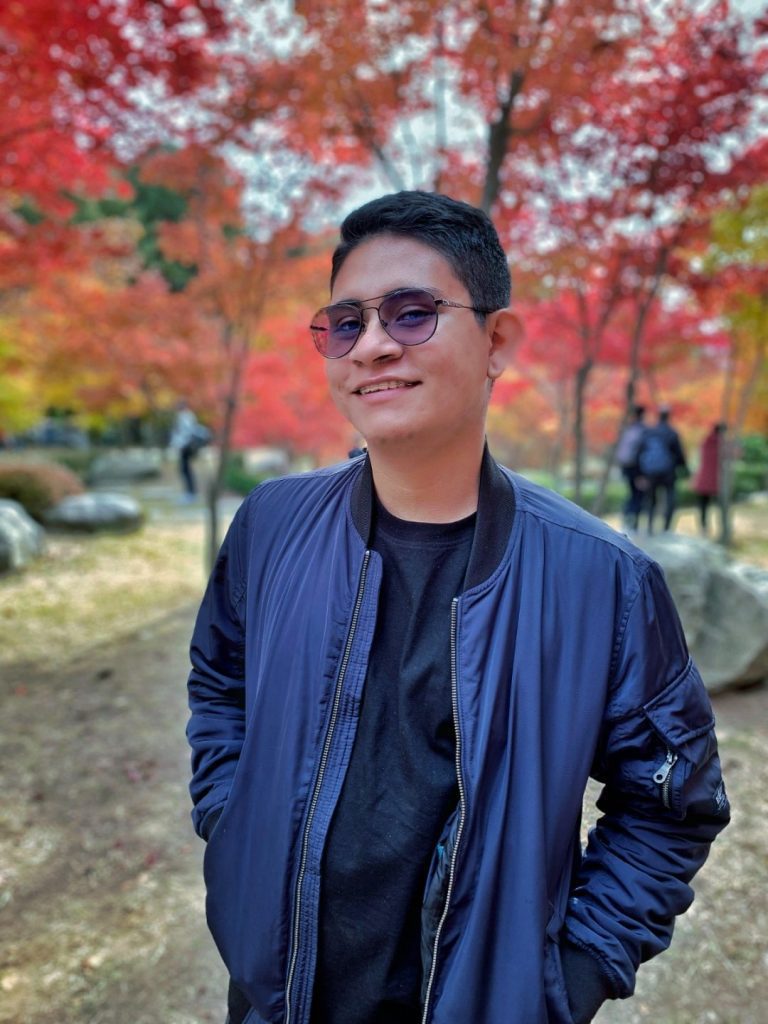 How I Ended Up in Korea for Free: An Interview

If Franco had been told two years ago that he would study in the country where he dreamed of living for years, perhaps the young student would not have believed it. But his dreams became a reality as he secured his one-way ticket to Seoul. This is the story of how one Colombian man was able to pursue his Korean dreams – for free.

Franco Uta is twenty-two years old and is currently pursuing a Bachelor’s of Foreign Languages ​​at the University of Antioquia, Colombia. He currently lives in Korea thanks to the KF Fellowship for Korean Language Training and today he shares with us how his story.

Since I was little I have liked languages ​​and learning about new cultures. About ten years ago I had a special interest in Japan. During that time I was looking for information about the culture and the language, and I learned a bit. But then I learned about Korea, and all my focus went there.

To be specific, I learned about Korea through television. First, with a drama called “Bread, Love and Dreams”. I used to watch that drama with my whole family and we thought it was funny. So much so that after that, together with my brother, we searched the internet for more Korean dramas, and that’s when Korea really caught my attention.

When hearing the language for the first time it seemed so new, interesting, and beautiful. And although I had been interested in Japan first, and Japan is so close to Korea, I realized that the language was completely different – from the way of writing to the pronunciation. However, later I realized that they also have many things in common, but at the time I didn’t know that.

Then I started to listen more to the language through dramas, and content on YouTube. I learned the Korean alphabet and some phrases. Then, a little more about the history of the country and a little about its culture as well. I liked it so much that I decided that one day I had to learn Korean and travel to this interesting country.

Why did you decide to come to Korea?

I was only a 21 years old university student and without a job, the son of a family that could not afford to travel abroad, much less to the other end of the world. So I thought that the best thing would be to first work and get the money to achieve it. But it happened faster than I expected, and I am going to tell you how.

In the year 2020, yes, in the middle of the pandemic and all, I decided to apply to a Korea Foundation scholarship program for Korean language training in Korea. A program that I learned about through a classmate from the Korean language classes that I took with a volunteer teacher from KOICA (Korea International Cooperation Agency), in Medellin. My classmate had already come to Korea through this scholarship. After searching for more information and fulfilling the requirements, I applied in August of that year. In December I received the best news in my life: I had been selected as a beneficiary of that program. And that is how on August 27, 2021, I arrived in this beautiful country.

What do you do in Korea?

I learn the Korean language at Sogang University in Seoul. My scholarship is valid for 6 months but can be extended up to one year. I started studying from level 1, since, although I knew a little Korean because I had studied in my country, I had already forgotten many things, so I started from 0 again. I have already finished level 2 and they have extended the scholarship for another 3 months. So, I am enrolled for the spring term to take level 3, I hope to continue until level 4 and learn much more.

Security is one of the things that I like about this country. In general terms Korea is super safe and coming from a Latin American country, which is not so safe in comparison, it is very impressive. In Korea, one can be more relaxed. No matter the place or time, I have always felt safe.

On the other hand, another thing that I really like is public transport: buses, the metro system, transport between cities and regions. Apart from the fact that it is very cheap, it is generally very comfortable and you can get anywhere, in addition to the fact that in some of them there is a totally free internet service.

What do you dislike the most about Korea?

I could say that what I like least is spicy food because I haven’t gotten used to it yet. In Colombia, the food is not spicy. But here a large part of the food is, and it has taken me a while to assimilate it. On the other hand, the fruits here are too expensive compared to Colombia, so here I can eat them only once in a while.

What have you learned being in Korea?

Here I have experienced many new things.

In my country, there is only a rainy season and summer. So, experiencing autumn and snow for the first time was impressive and very beautiful. Seeing the trees change color and then seeing them lose their leaves, and then the temperatures below zero, down to -15°C, seeing the snow fall and touch it – all of that was spectacular. Oh and also seeing the sea for the first time in my life!

Also, the food: crab, octopus, many Korean vegetables – all of that has been new to me.

Oh, and also Korean traditions, such as 설날 (Seollal, Lunar New Year). I went to a Korean friend’s house and saw how they performed the ceremony to honor their ancestors and the New Year bow (세배). Plus, I had the opportunity to try the typical dishes for that celebration such as Tteok soup (떡국) or Jabchae 잡채.

What would you say to people who want to come and live in Korea?

To the people who want to come to live in Korea, I can only tell them to do it. Try it if you have the means. You never know if given the opportunity, what it will be like. Personally, I would like to live longer in Korea, for at least a couple of years.

And to those people who at this moment do not have the means to do it. I say that the main thing is, in my opinion, to continue believing that one day they will achieve it. Continue dreaming. As some say; dreaming costs nothing, and if you believe you can do it, you just have to do your part to do it.

Save, looking for study and work opportunities in this country. And yes, it is difficult. It is sometimes difficult to be chosen for a study or a job or to save up. But, although there are hard times and it seems that doors have been closed, you always have to go on. Look elsewhere, keep believing, and keep doing everything possible to achieve it.

Looking for more articles about immigrants’ stories of how they ended up in Korea? Click Here to read about one woman’s experience as a Spanish teacher. 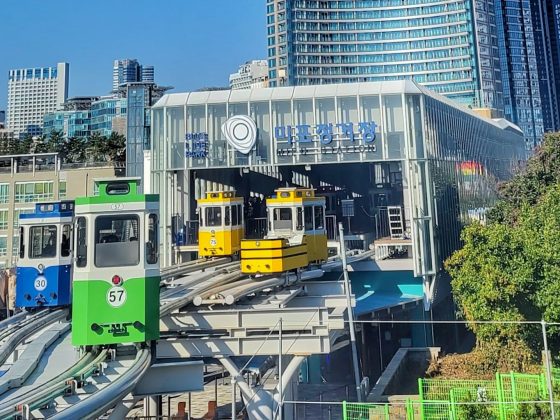 How To Take The Haeundae Beach Train and Sky Capsule