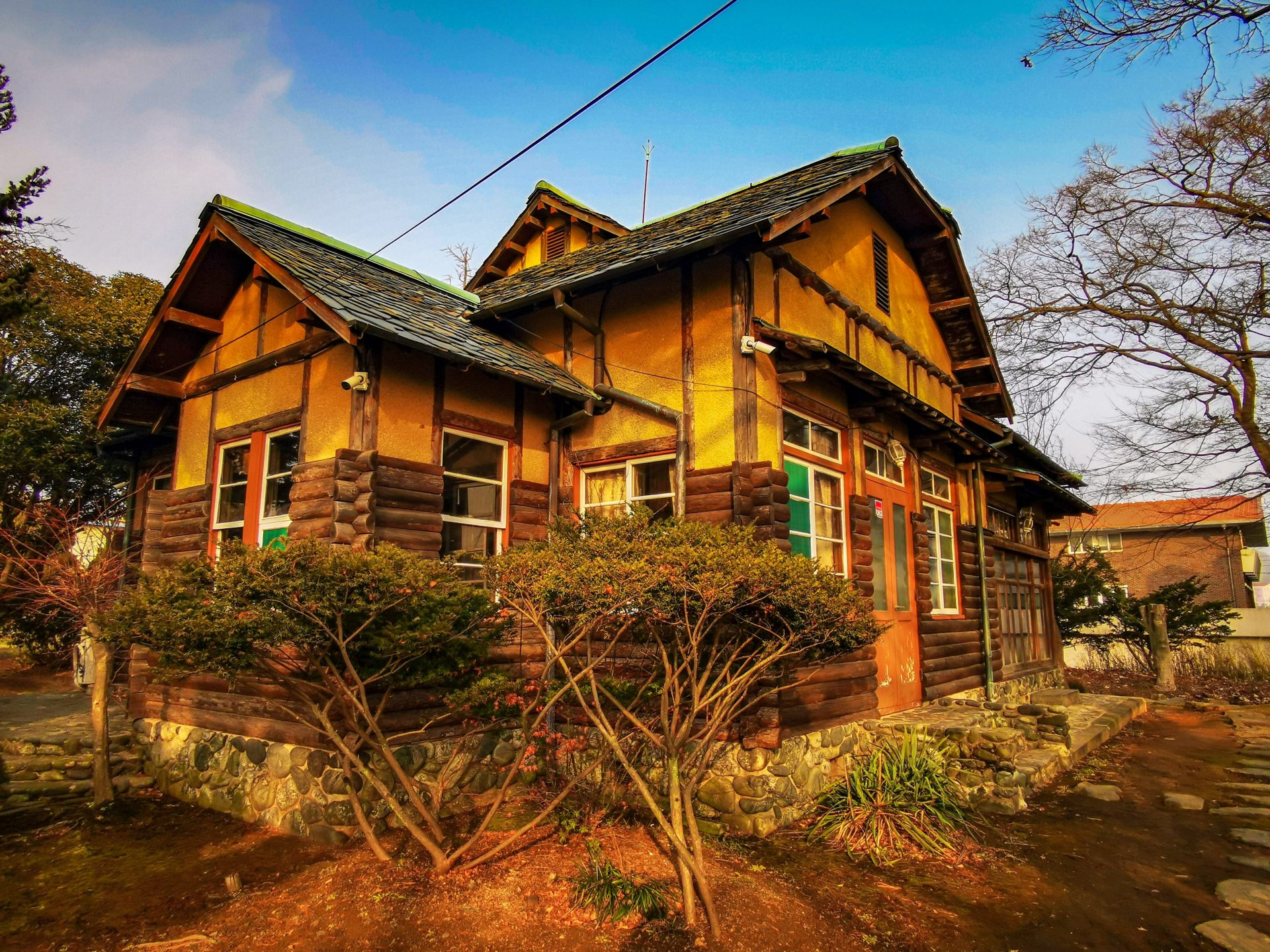 House of Lee Young-choon: A Place with Historical Value

The house of Lee Young-choon is a place with historical value. And you can see that through its exhibition hall. Which shows the history of land exploitation ㅡ during the Japanese occupation ㅡ, and the local activities of Dr. Lee Young-choon. Who was the pioneer of rural medical services in Gunsan.

It is not only known due to that, but also because of its stunning architecture and design. Which  combines Western, Korean and Japanese style. Making this house one of the most unique of the region.

With this in mind, we will introduce you in depth about this place.

A place with historical value

The villa was built by Kumamoto, a Japanese landowner, in 1920. But after the liberation, it was Dr. Lee Young-choon who lived here. That is why it is known as his house.

As we mentioned before, its design is a combination of Western, Japanese and Korean style. Being one of the most beautiful houses from that era, for sure.

Since the house of Lee Young-choon has historical value, it was designated as Jeollabuk-do Tangible Cultural Heritage No. 200. On October 31, 2003.

Who is Dr. Lee Young-choon?

The late Dr. Lee Young-choon (1903-1980) was born in 1903. In Yonggang-gun, Pyeongannam-do. And he was considered the Korea’s Schweitzer. For being the pioneer of preventive medicine and public health.

We could say that he was the saint of farmers. Since he devoted his whole life to improve farmers’ health. By jumping into rural areas. Which suffered from poverty and diseases. And did not have medical services. Because of this, we can say that Dr. Lee Young-choon was the pioneer of Korean rural medical services, and that is why his house is now a place with historical value.

The reason behind to why he chose to become a doctor, is that during the Japanese colonial rule, he witnessed all the poverty, diseases and ignorance they were going through. Because of that, he went to a medical college. And received his doctorate in 1935.

Upon that, he started giving medical treatment at the young age of 33. To poor farmers in Gunsan, Gimje and Jeongeup. Plus he was a member of the council linked to Kumamoto Farm ㅡ a large Japanese farm ㅡ. From then, he devoted his life to give medical services to rural areas. To prevent parasites and infectious diseases.

In order to further expand the medical activities of rural areas, he established the Rural Hygiene Research Institute (개정농촌위생연구소). To promote hygiene research projects. And in the early 70s, he expanded his own hospital and implemented Korea’s first private medical insurance system. For 2,000 people in Okgu-gun. To receive free medical treatment by paying 50₩ each.

Due to that, he is an important figure of Korean history. The reason why his house is now an exhibition hall.

As expected, this place is so beautiful that some movies and TV programs were recorded. Such as ‘Freezing Point’ (빙점), ‘Sandglass’ (모래시계) and ‘Age of Wanderer’ (야인시대).

As soon as you arrive, you will come across with the map and the Gunsan stamp tour desk.

Even though it is a small house, in this map they show you how to tour the house; where is the entrance and exit. So as the opening hours.

And in the Gunsan stamp tour desk, you can get a stamp as a souvenir.

Once you arrive, you will be mesmerized by its design. Since they mixed different materials. Which are in a great harmony. Due to their natural colors and shapes.

Basically, this a one-story wooden house. With a chimney made of stones. So as a wall that is divided. While the half is decorated with logs, the upper part is finished with plaster.

Kumamoto, the owner of the largest farm in Joseon Dynasty, said he used the best construction materials when building the villa. Which costs as much as the government-general’s official residence.

According to the records, he used pine trees of Baekdusan Mountain (백두산). So as Jeongseok stone plates (청석 돌판) for the roof, and teak wood (티크목) for the living room floor.

The Western style was used in the front door. So as in the parlor. While the main room and custodian’s quarters, were ondol rooms. With the characteristics of Japanese and Korean architecture.

As for its interior, there is a large tatami room in the south, and an ondol room in the north ㅡ which is currently used as a space to eat ㅡ. So as a small hall at the end of the hallway, connecting the kitchen, multipurpose room and the toilet.

Undoubtedly, this building introduces us the modern residential culture. Because it has an outstanding architectural composition. In terms of its floor plan and exterior.

As if was not pretty enough, the nature that surrounds it makes it pop out. And makes you forget for a bit the fact that you are in Korea.

The best hour to visit, is for sure the golden hour. Since it stands out. Due to the colors of its materials.

Unfortunately, I was unable to enter. Since it was closed due to COVID. But I found a video in which you can see how it looks like inside. This way, you can indeed see that it is a beautiful traditional house. That is really well preserved, for sure. No wonder why many people travel just to visit this place.

Inside the house, they have an exhibition hall. Where they talk about the exploitation of land during the Japanese occupation. So as all the activities and projects of Dr. Lee Young-choon. Because of this, you will get to know why he is an important figure.

How to get there:
If is it possible for you, I recommend you to take a taxi. Which will be around 7000₩ ~ 8000₩. Since that way, you will arrive in only 9 minutes. If not, you will have a long ride on the bus.

From Gunsan Station, you must take the bus no. 7 or 83. And get off at the bus stop ‘조촌동사거리’. Where you must transfer to bus no. 85. And wait for 11 stops. To finally get off at ‘군산간호대기숙사’. Where you will need to walk for 2 minutes. By entering the area where the dormitories are.

The house of Lee Young-choon is undoubtedly a place with historical value. Since he was the pioneer of rural medicine in Korea. While its original owner, was as well the owner of the largest farm in Joseon Dynasty.

In case you have already gone, what are your thoughts? Let us know in the comments!

Hapjeong Cafes: Cookies & Views
Places to visit in Hyoja-dong, Seocho...
Online Graduation in Korea
Ferry from Donghae to Vladivostok: So...
Good things to know upon your arrival...
Taking TOEIC in Korea as a Foreigner
Barefoot hiking at Gyejoksan Mountain...
Transportation apps you need to know ...
Total
857
Shares
Share 857
Tweet 0