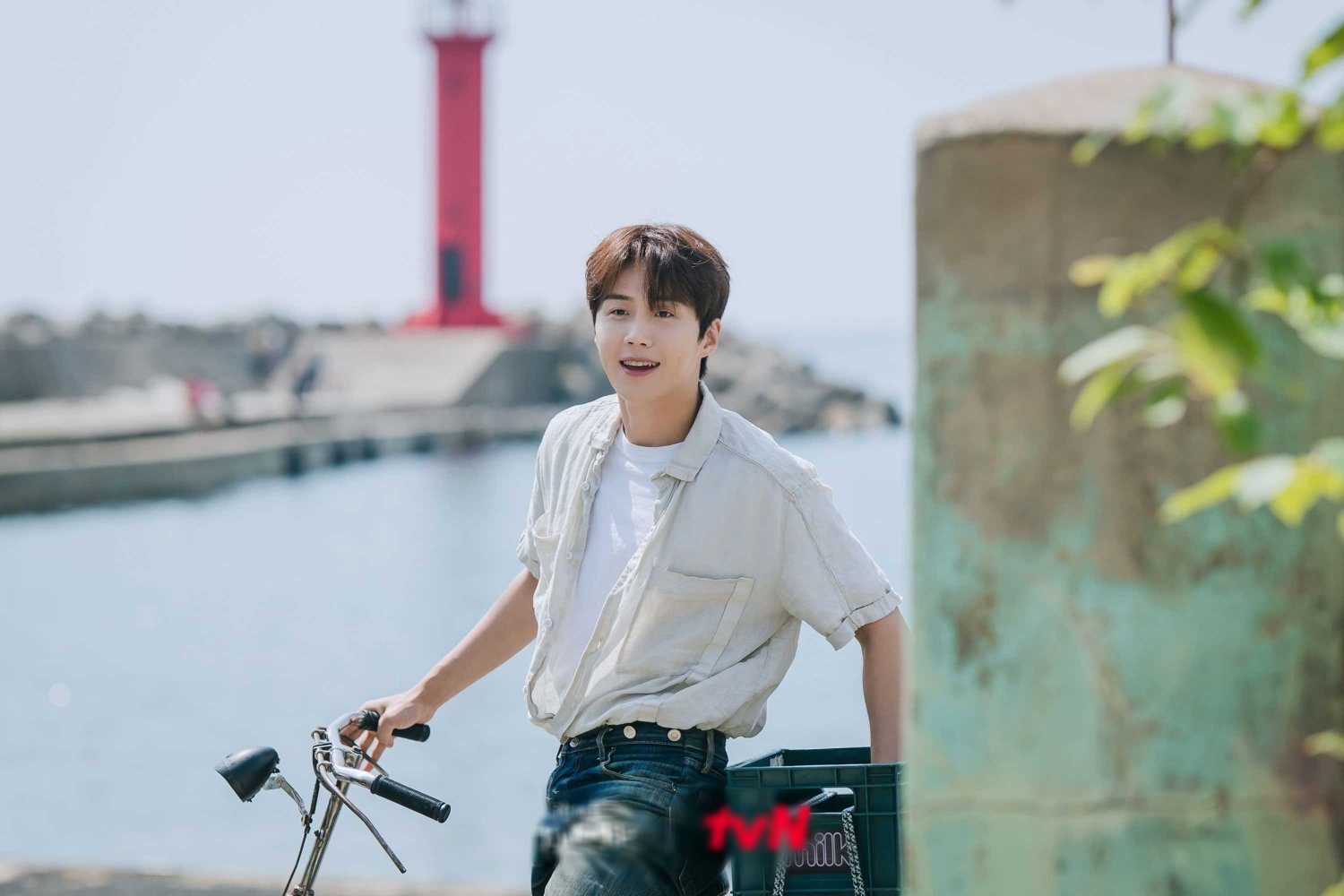 Hometown Cha Cha Cha (2021) was a hit drama, both in terms of Netflix rankings and critics’ reviews. Furthermore, the scandal surrounding the drama’s main actor, Kim Seon-ho, did not deter the show’s loyal fanbase. Even now, people still rave about this terrific K-Drama. In fact, the filming locations for the drama became so popular, that TVN had to issue a warning for people visiting the location. However, if you’re wanting to visit the locations, don’t worry, you can do so much more easily in 2022!

Those of you that have seen the drama will know that the iconic ‘hometown’ was named Gongjin. In real life, the series was filmed in Pohang, a city on the Eastern coast of Korea in Gyeongsangbuk-do. Pohang is home to a powerful chaebol (rich business dynasty), the POSCO steel company. The area is famous for its scenic coastline. You can reach Pohang via express bus from Seoul in about 3.5-4 hours. I recommend taking this tour in a group with friends, as you can cut waiting times for public transport if you split the cost for a bus.

The filming locations are divided into two sections of the city, the Homigot route and Chungha route, as shown below: 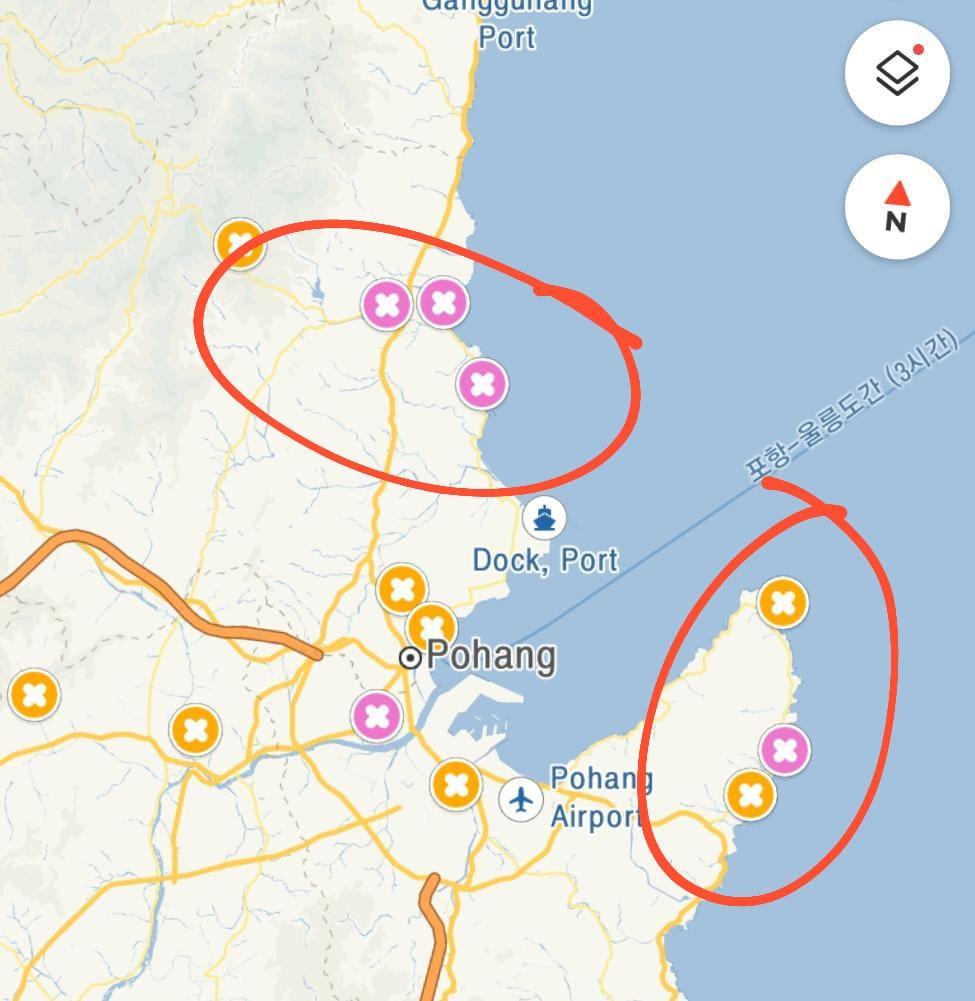 Whether you’re just visiting just for the day or staying overnight, I highly recommend dividing your trip into 2 parts as it will save you the most time and money. On the Homigot Route, you will also pass filming locations for When the Camellia Blooms (2019). Check out this article for more info!

Part I: The Homigot Route

All of the characters’ homes you will see on this part of the tour are real residents’ homes. The houses are located very close by to each other, you can even see them all at once from the lighthouse! However, do be mindful of people’s privacy and do not trespass onto their properties. Do not make a lot of noise either.

The Homigot route is very relaxing, perfect for a free and easy morning start to your tour. After taking photos in front of the houses, you can head over to the lighthouse. ** SPOILER ALERT ** There is even an adorable photo of Hye-jin’s and Chief Hong’s wedding just before the lighthouse. My friends and I spent some time sitting down in front of the lighthouse and enjoying the sea views. However, as we visited on a weekend, the lighthouse was crowded with fellow K-Drama fans, and fishermen. 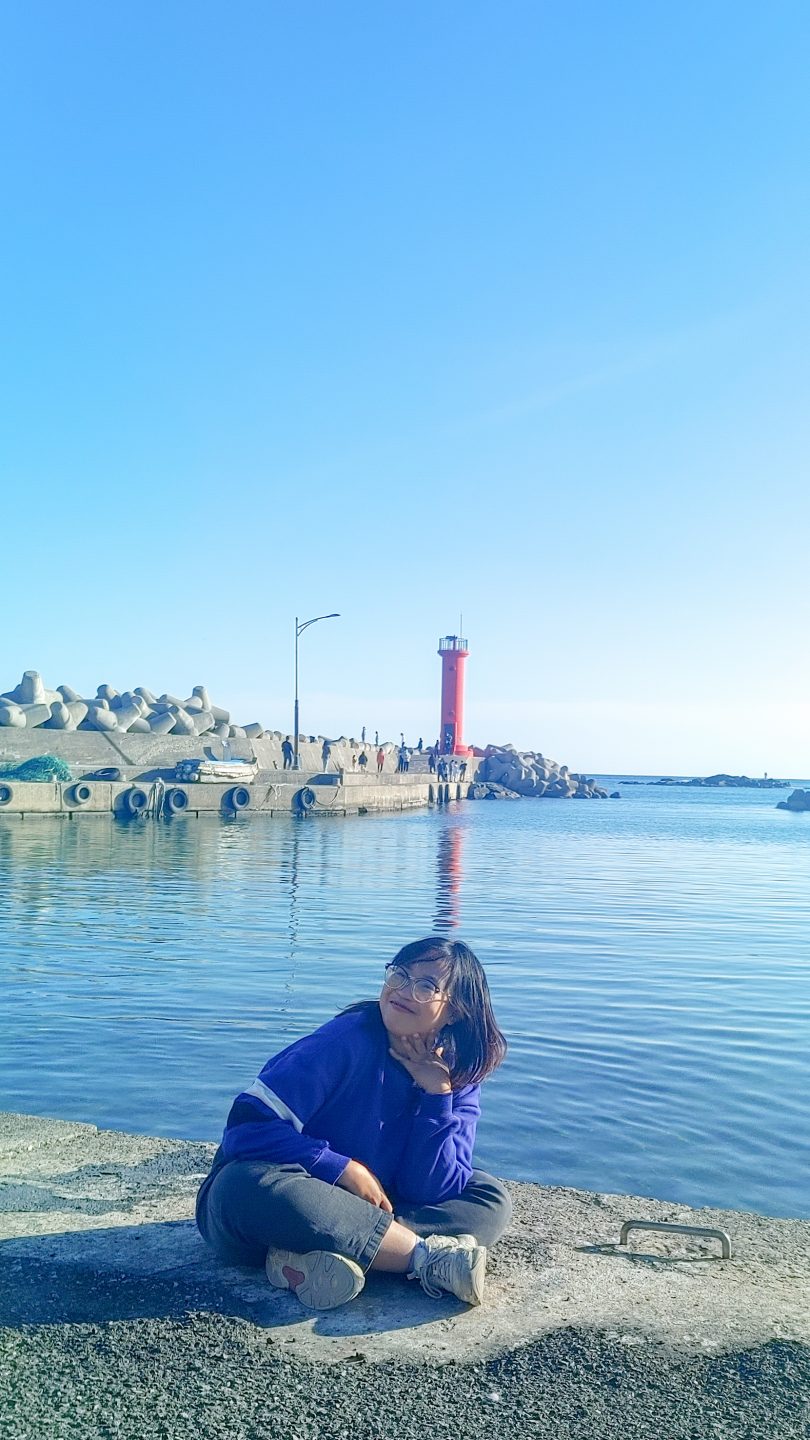 Meanwhile, the village hall is located ‘outside’ the neighborhood, yet it is closer to the bus stop. This is where Hyejin accidentally ‘announced’ that she hated the village people. We took a taxi there, and the taxi driver knew well about the drama and dropped us right outside. However, there is not much to do here, just some quick snaps, and then it’s off to the next route!

If this is your first time visiting Pohang, I suggest visiting Homigot Sunrise Plaza, to see the iconic landmark of Pohang. You may have heard of it, but it’s a giant green hand protruding from the ocean. The area is also famous for its sunrise views, but as you can see from the photo above, the sunset views are just as beautiful!

As Chief Hong’s, Hye-jin’s, and Grandma Gamri’s houses are real residential homes, I have not provided their address information. However, if you travel to Sora B&B, you can easily identify the homes within walking distance, due to their mint-colored roofs.

First up on the Chungha route is Wolpo beach, where the two main characters first meet as children. It is also the site where they are reunited after Chief Hong returns Hye-jin’s missing shoe…so Cinderella-esque, right? I originally planned to lose my shoe there, just in case a handsome surfer-slash-village chief could find it for me.

Anyway, after the lighthouse, we asked the taxi driver to drop by Hye-jin’s clinic before the boat on the hill (Sabang Memorial Park). You can walk 15 minutes to the park from the dental clinic. There is no other filming location near the clinic, so it would be a short trip to take photos and leave.

Sabang Park, however, is a location you could spend hours at. The hike to get up to where the boat is, is roughly 20 min via the stairs, or longer via the non-stairs route. Rest assured, the view from the top is spectacular. You can see the mountains and the sea together. Additionally, if you came during fall you’d see all of the gorgeous Korean autumnal colors! Once again, this spot is crowded on the weekend with fellow K-Drama fans looking to take photos with the boat.

From this spot, we took the village bus to Chungha Market. In the drama, the shops are labelled ‘Gongjin’, of course, instead of ‘Chungha’. However, due to the popularity of Hometown Cha Cha Cha, many of the featured places have kept their drama titles. Spots like Bora Supermarket and Oh Yoon’s Cafe still look the same as they did in the drama. While we queued for our photos, it was nice to see how local establishments and the market benefitted from the flock of tourists.

Our highlight? We ran into child actress, Go Do-yeon, who played Bora! Amazing right? She was kind enough to take a photo with us. 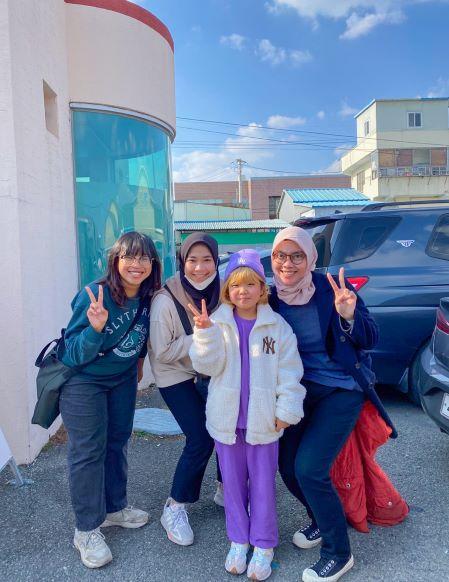 This is the end of our Pohang Cha Cha Cha adventure! I hope that you found this article useful and any Hometown Cha Cha Cha lovers enjoy their trip to Pohang. For more articles related to K-Drama Travel Itineraries, subscribe to KoreabyMe.com 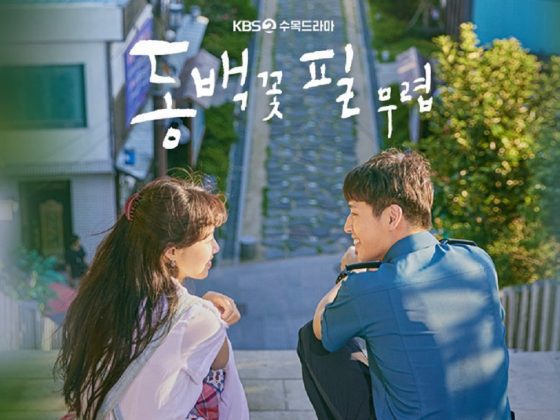 When The Camellia Blooms Filming Locations 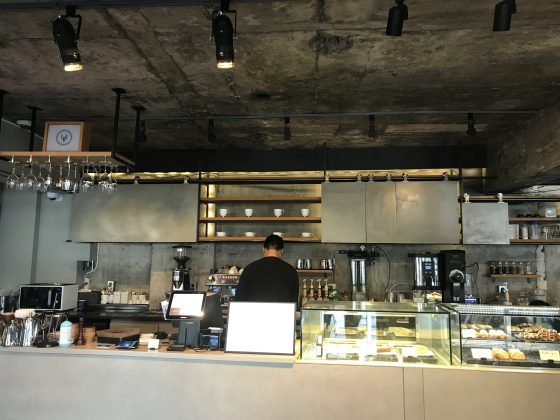