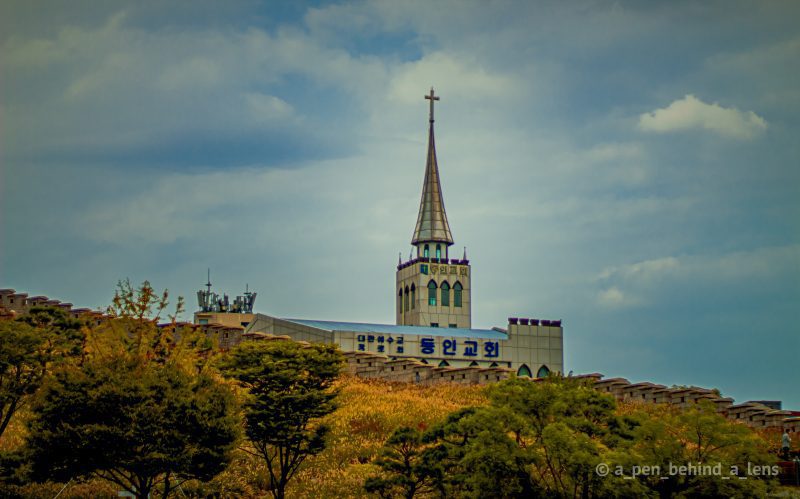 Most cities once had walls which not only defended their cities from attacks but were physical borders that separated the cities from the outer lands. Although these days there aren’t a lot of cities left that still have them in the present. Heunginjimun, literally “Gate of Rising Benevolence” or more commonly known as Dongdaemun. It is one of The Eight Gates of Seoul in the Fortress Wall of Seoul and a prominent landmark in central Seoul, South Korea. The Korean name “Dongdaemun” means “Great East Gate,” and it was so named because it was the major eastern gate in the wall that surrounded Seoul during the Joseon Dynasty. 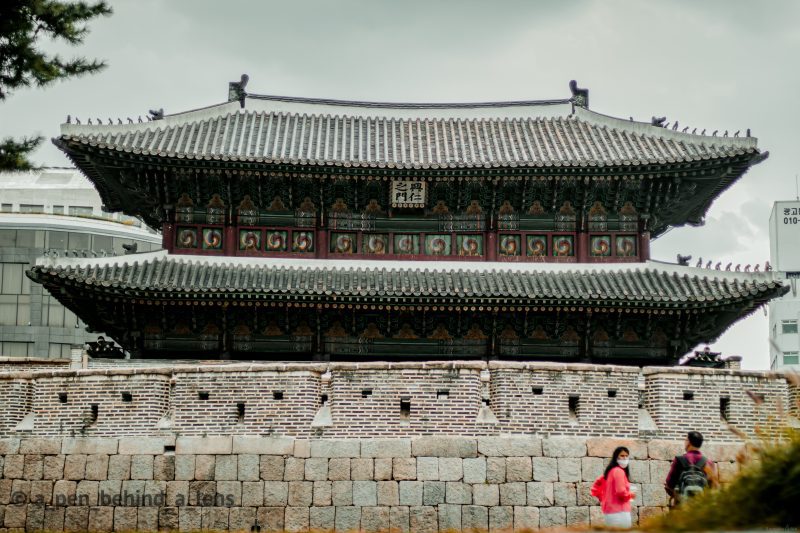 History and Characters of Heunginjimun

This gate was first built by King Taejo during his fifth year of reign (1398). It was renovated in 1453 and the current structure is the one rebuilt again in 1869. Heunginjimun shows architectural style of the late Joseon period. The most unusual characteristic is its built outer wall called Ongseong. Ongseong was constructed to compensate the weakness of the target from multiple invaders. It protects the gate and is a beautiful addition.

Today, in 2020, the area around Dongdaemun known as Dongdaemun Market has grown into the largest shopping center in South Korea which is popular to both foreigners and natives.

The Heunginjimun gate is located at Jongno 6-ga in Jongno-gu. It is situated between the intersection of subway lines 1 and 4, at Dongdaemun Station (동대문역). The gate is within easy reach of exit 1 or exits 6–10 of this station. 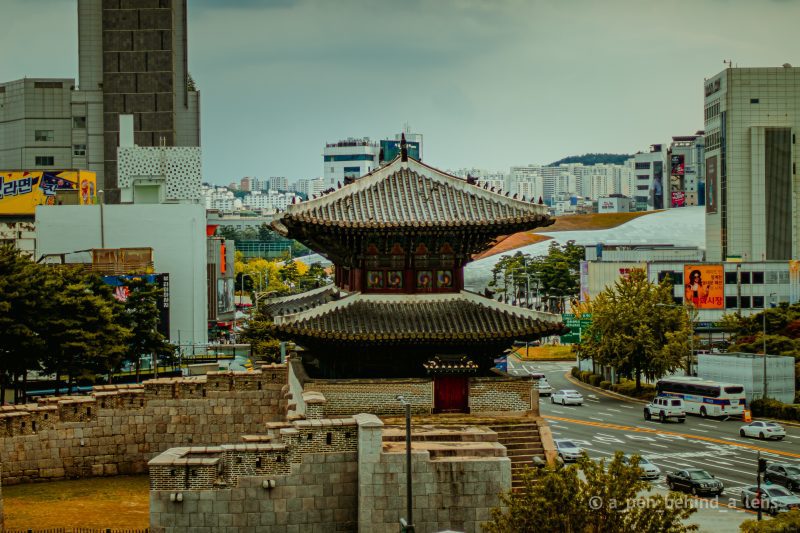 The Heunginjimun Gate Trail runs from the Heunginjimun Gate to Gwanghuimun Gate to Jangchung Gymnasium in a relatively short 1.8km. However, there are only two small remaining sections of the wall on this trail, one at Dongdaemun Design Plaza and another at Gwanghuimun Gate. The rest of the trail does not have the physical Seoul City Wall and cuts through traffic and residential areas. 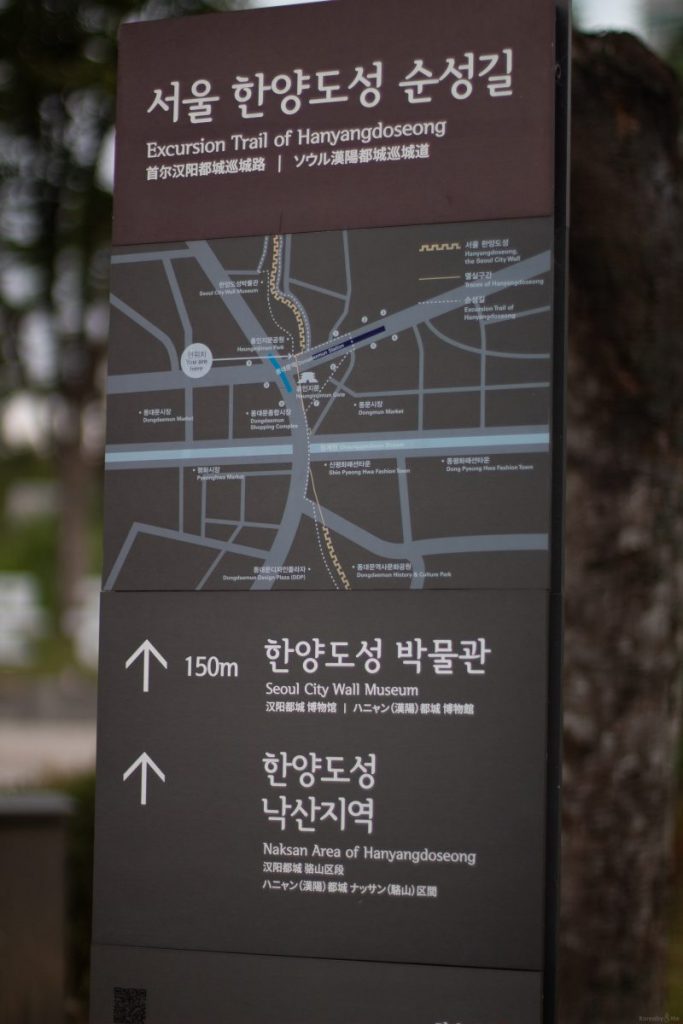 The Heunginjimun trail begins with a slight steep climb at the beginning. This steep climb is divided into 2 paths. One along the constructed wall and the other one towards the lower side of the hike. The path along the wall has a few steps and after the steep climb meets the other path at a higher point. 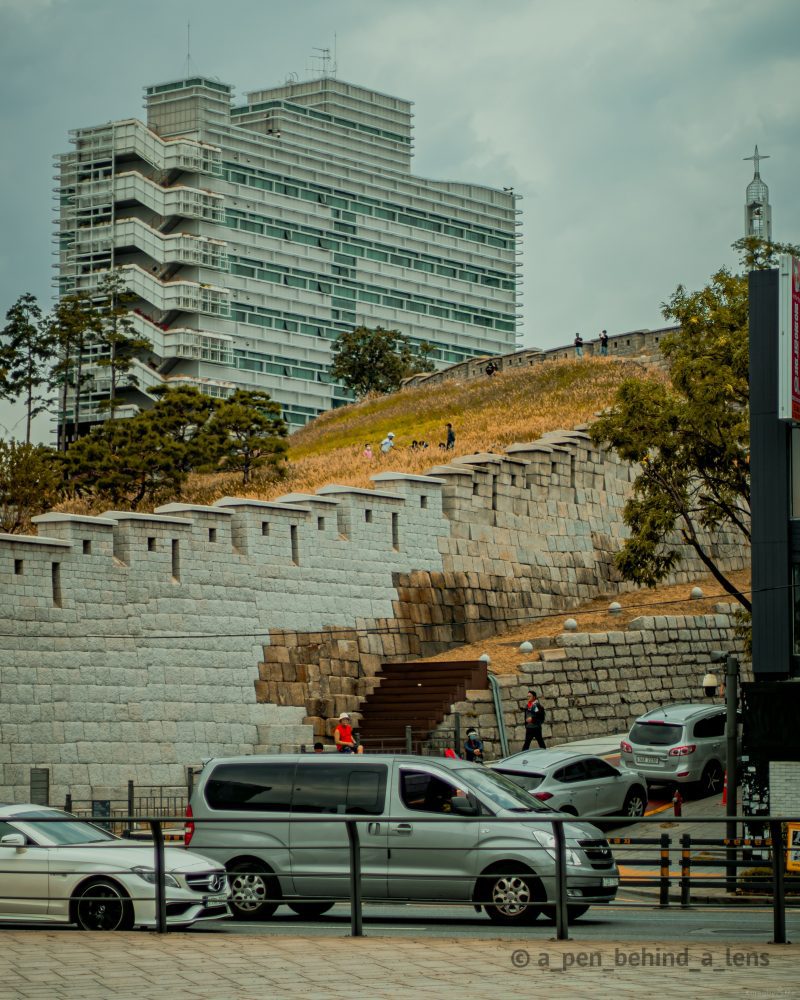 You can see the Seongsin Campus of the Catholic University of Korea during the start of this trail. A little bit of clouds in the sky makes this a peach perfect view to enjoy. This view is so refreshing and satisfying that it calms my soul every time I look at the picture I managed to click.

This Seoul city wall trail leads towards the Hyehwamun gate of the Naksan trail. This trail is total 2.1 km in length and takes around 1 hour to complete. 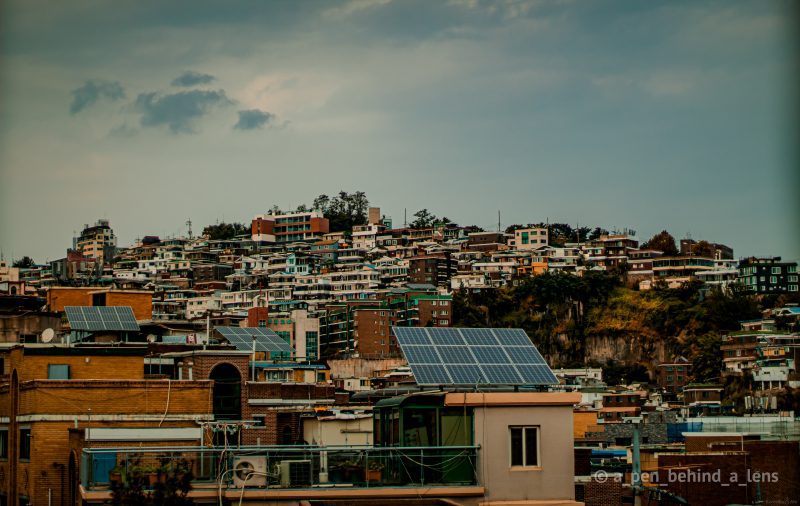 Along the trail there are many distinct view points to stand still and observe the city of Seoul with the cool wind blowing at that height. There is often a feeling as good as when you climb a hike and enjoy every bit of the view. 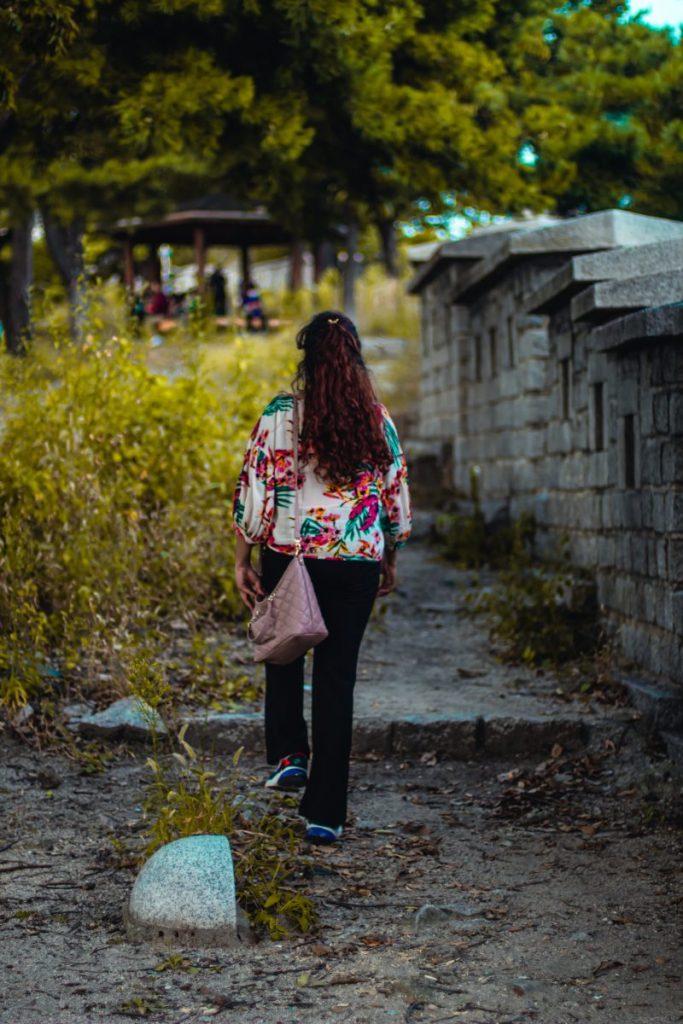 Although this trail is not as exquisite as the other parts of the complete Seoul City Wall Trail. However, it has its own perks and cute little enjoyment opportunities. 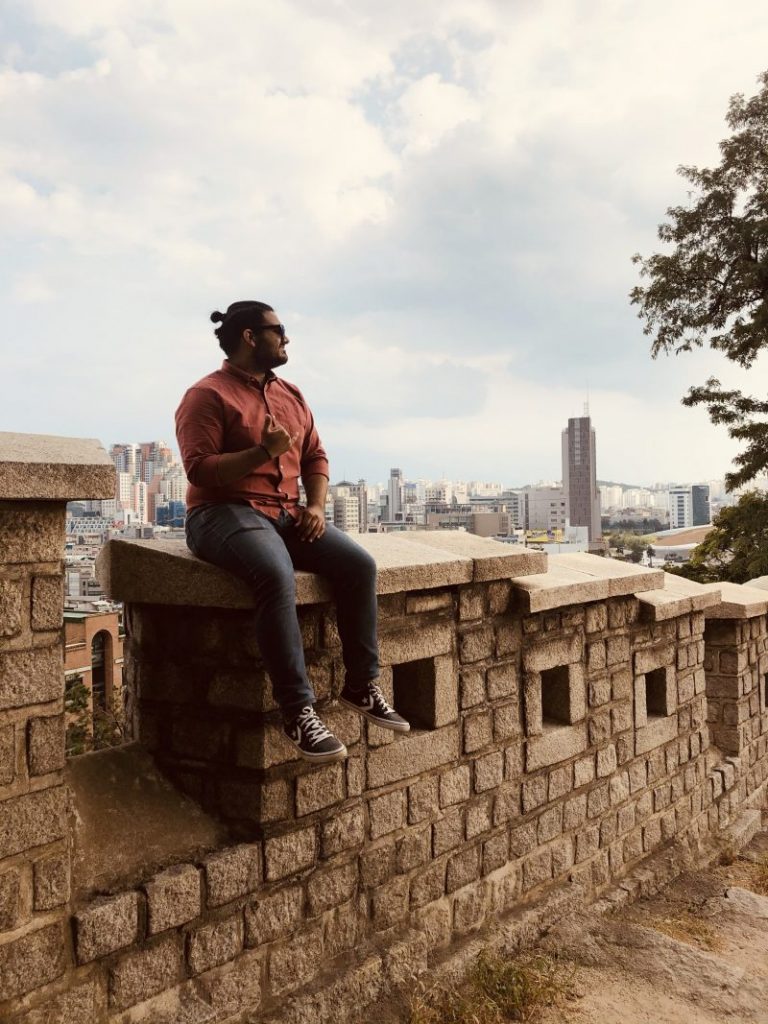 The Seoul wall is a lot to overcome in one go but it is possible to complete certain parts of it and enjoy every moment there. I wish to enjoy the other gates and trails too some day in the future soon. I hope you found this post inspiring enough to make you go out and try some thing like this too. Haha !

Thank you so much for reading my post and sharing my experience. Also, if you like this post, please share your reviews or you can read about my other experiences here. Have a good day and stay safe !