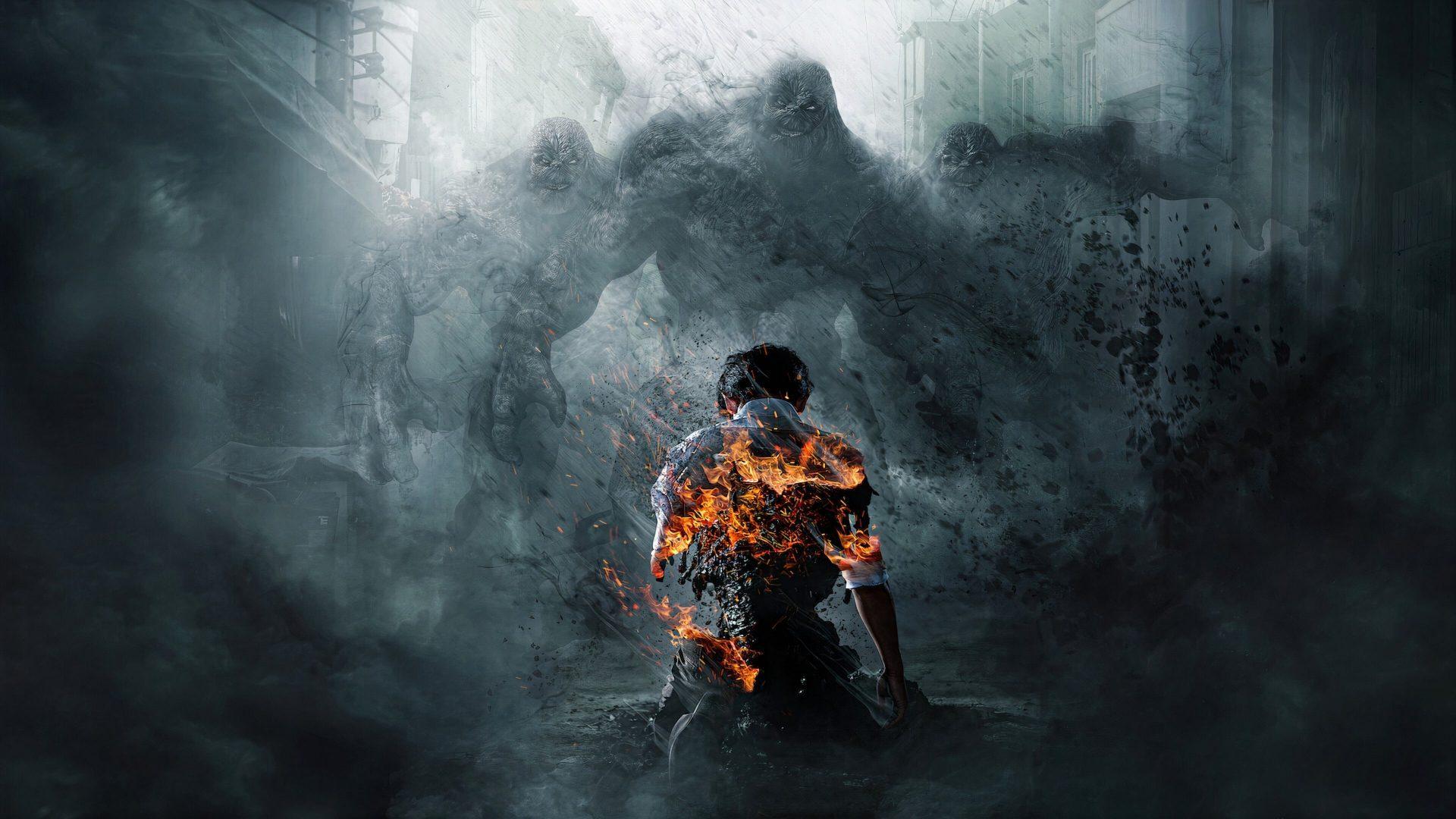 First it was Squid Game (2021), then K-Drama My Name (2021) and now the K-Horror Hellbound (2021) has clinched top-spot on the Netflix Global Top 10 of Non-English TV. It seems that ever since Parasite (2019) debuted on our screens, the world has gone crazy for K-Drama and K-Film. As a foreigner living in Korea, it has been amazing to see the globalisation of Korean culture. Even my friends back home who have never taken interest in Korea are telling me how great Hellbound is. While both preceding K-Dramas had a dark element to their stories, Hellbound takes the cake with blood-curdling horror and gore. This is not one to take lightly…

Getting hooked on Hellbound certainly came as a surprise to me as horror is not my genre of choice. However, the series itself has a fascinating plot, incredible acting, as well as a unique combination of the supernatural with real-world philosophy.

The series starts with an ordinary day in South Korea. Traffic jams, cafes and lots of phone swiping. Out of nowhere, three unworldy creatures emerge in pursuit of one man. The monsters show no mercy as the desperate man gasps for air, ripping him apart. Then, the creatures perform a strange sort of ritual, burning the man’s flesh and apparently destroying his soul. As they depart, they leave in their wake a crowd of terrified people and the ashes of an anonymous individual.

Don’t worry, i’m not about to tell you that these rampaging ghouls are real. However, the idealogies of the two ‘cults’ within the series, ‘The New Truth’ and ‘Arrowhead’, echo that of real cult groups that exist in Korea today. The Hellbound creatures are seemingly linked to the former cult and its leader, Jung Jin-su (played by Yoo Ah In), who explains to the police that his mission is to make people repent for their sins.

The story arouses existentialist questions about life, death, sin and punishment. It will no doubt cause a riveting debate in your household. According to The New Truth doctine, every person that has sinned will face God’s punishment. Despite the horror of the demon-lead demise, cult leader Jung belives that everything is part of God’s divine plan. Of course, the existence of heaven and hell is something all of us have pondered at some point in our lives. In fact, what viewers may find more disturbing is the theme of the uncertainty of life, rather than the creepy monsters.

Hellbound: a series of mystery, horror, fantasy and real-world thematic relevance, reached no.1 on the Netflix top 10 within 24 hours of its release. But why is it so popular? While Parasite (2019) may be the first Korean film seen by some, even that was preceded by international blockbuster Train to Busan (2016). Starring Squid Game’s Gong Yoo, Train to Busan was written and directed by Yeon Sang-ho, creator of Hellbound. Hellbound was originally a nationwide favourite webtoon, later developed into a series.

Kim Hyun-ju as Min Hye-jin, a lawyer that defends people targeted by the cults

Won Jin-ah as Song So-hyun, a mother fighting to protect her newborn child

Do I recommend that you see Hellbound? Like the rest of the world, Yes!

As well as concepts such as sin and punishment, Hellbound actually deals with a much more sensitive issue in Korean society-religious cults that are taking advantage of their followers’ trust and financial resources. The Chairman, played by Yoo Ah In, possesses all the qualities a cult leader needs. He understands how human mind works and he knows that people can be controlled through fear. In order to attract more followers, he often delivers speeches about sin and human nature, urging the audience to repent. The Chairman is well-known and many people recognize him in public transportation or in the streets. Everyone greets him. Everyone shows him respect. But is he worthy of respect? We’ll see.

Have you watched the first episode of “Hellbound”? What do you think about it ?Let us know your experience in the comments below! For more articles related to Korean travel and tourism, subscribe to KoreabyMe.com

Teacher. Writer. Explorer. A.R.M.Y. Enchanted by the beauty of Korea.