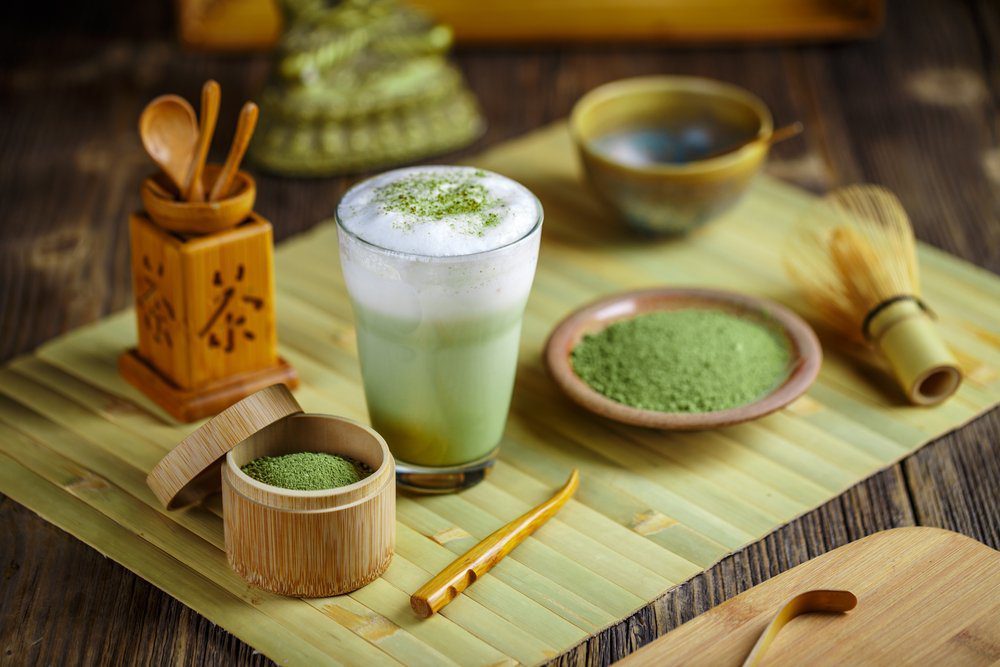 Tea is more than just a beverage in Korea, in fact, it’s more of culture. Korean Green Tea culture has been part of Korean life as far back as the 2nd century. Like tea in other countries, the drink is made by submerging tea leaves or grounds in hot water. However, Korea is known for making tea from almost anything – from flowers and roots to corn. Let’s learn a bit more about what makes Korean green tea so special. 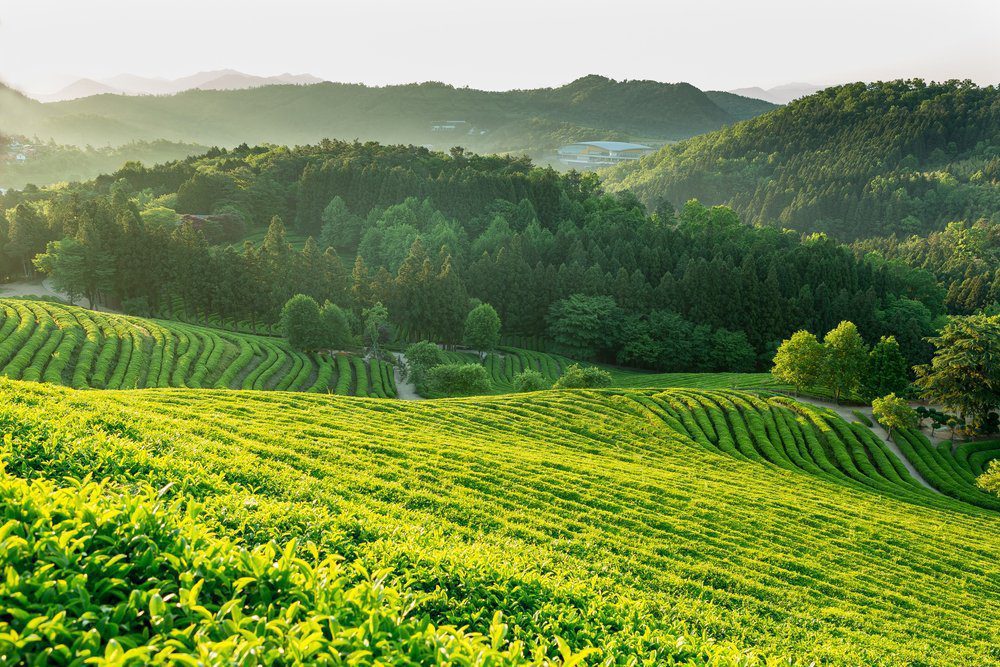 A Breif History of Korean Tea 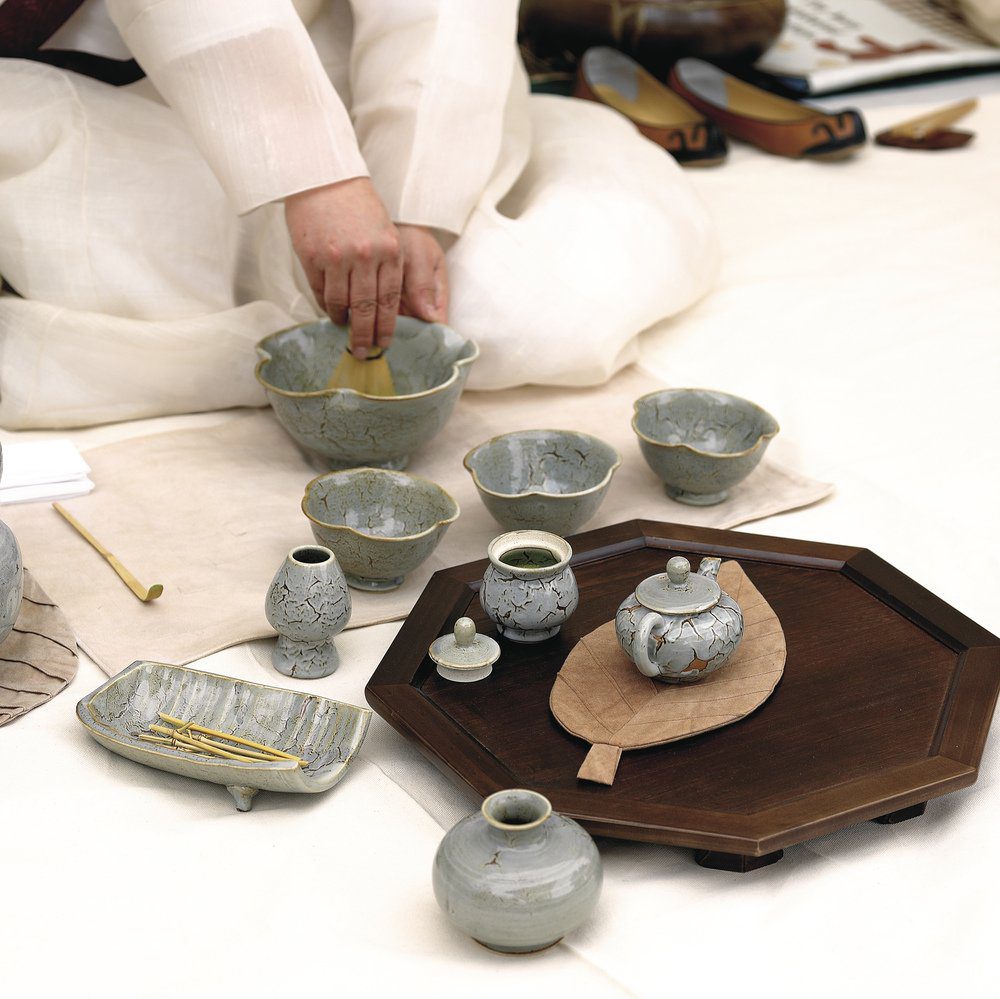 One of the reasons why the Korean tea culture is so big is because of its relevance to oriental medicine. Teas were once thought of as one of the main ways to cure and prevent disease. Therefore, there is a large variety of teas available in Korea, each with its own individual healing properties. 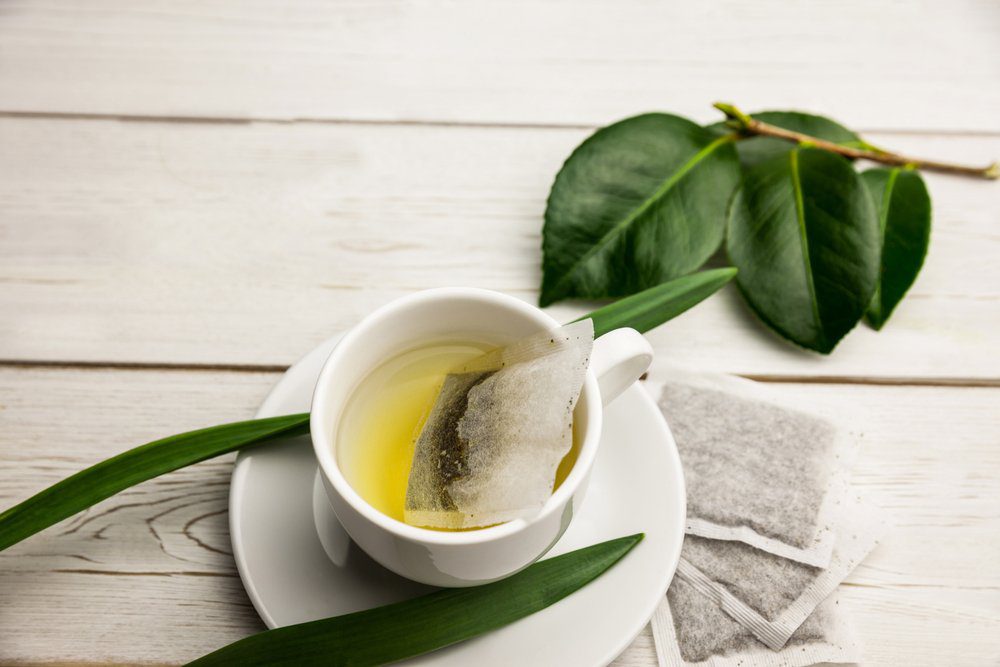 While we mainly think of tea as being made of tea leaves, in Korea teas are made of all sorts of things. They can be made from tree bark, fruit, and even mushrooms. While many have fallen out of fashion, being replaced by modern medicine, a few tasty ones remain. And arguably, one of the tastiest among them is green tea.

In the Korean Language, green tea is known as nok-cha, with nok meaning green and cha meaning ‘tea’ in traditional Hanja characters. While this particular tea corresponds with the English name, not all do.

For instance, what we call black tea is known as hong-cha in Korean – But! hong means red, not black. This is because the color of the tea drink itself is more of red color once brewed.

Korean green tea is renowned for being of the highest quality in the world. The brand Osulloc sources all of its tea from fields on Jeju Island. The fertile soil enriched with volcanic minerals from Jeju’s Mt. Hallasan produces green tea rich in flavor and medicinal properties. And so, if you ever get the chance, be sure to try out green tea from Jeju island and see if you can spot the difference. 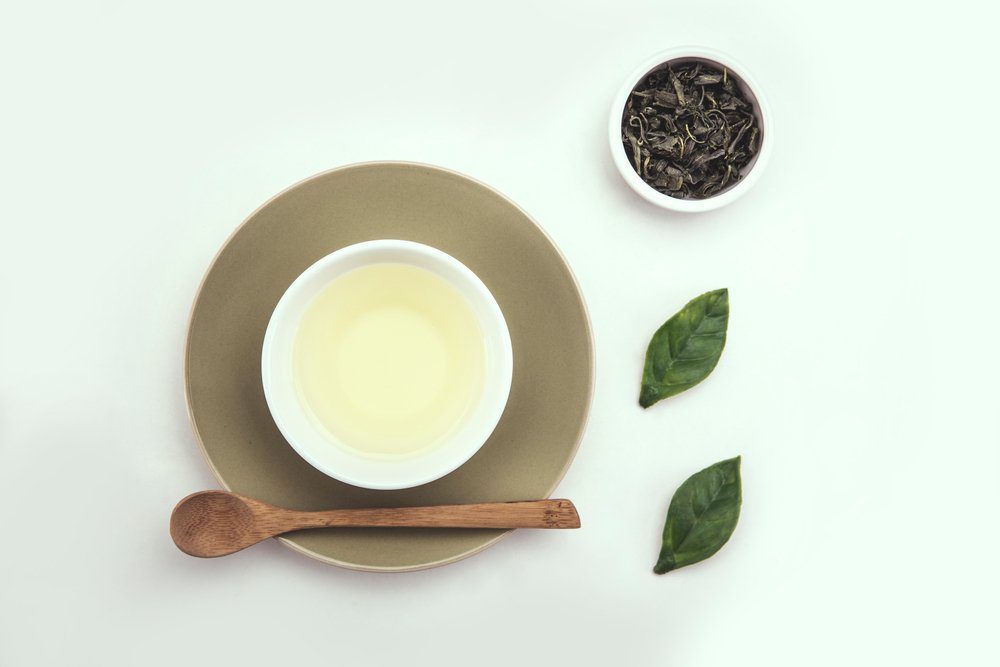 There are 4 types of Korean green tea: Woojeon, Sejak, Joongjak, and Daejak, designated by their time of harvest. While they are all Korean green tea, their flavors and aromas are subtly different, not dissimilar to how different coffee beans and blends vary in flavor.

What’s more, green tea isn’t just a beverage in Korea. In fact, it has several uses. You can find green tea incorporated into beauty products, instant noodles, and there are even hot springs where you can soak in green tea-infused mineral water.

The uniqueness of Korean green tea lies in its cultivation. Even today, Korean green tea is cultivated and harvested using traditional methods. Hudong, a region in China and prime source of green tea, produces green tea that is still cut and processed by hand with fine attention to detail. Indeed, Korea has followed suit with its strict quality control measures. 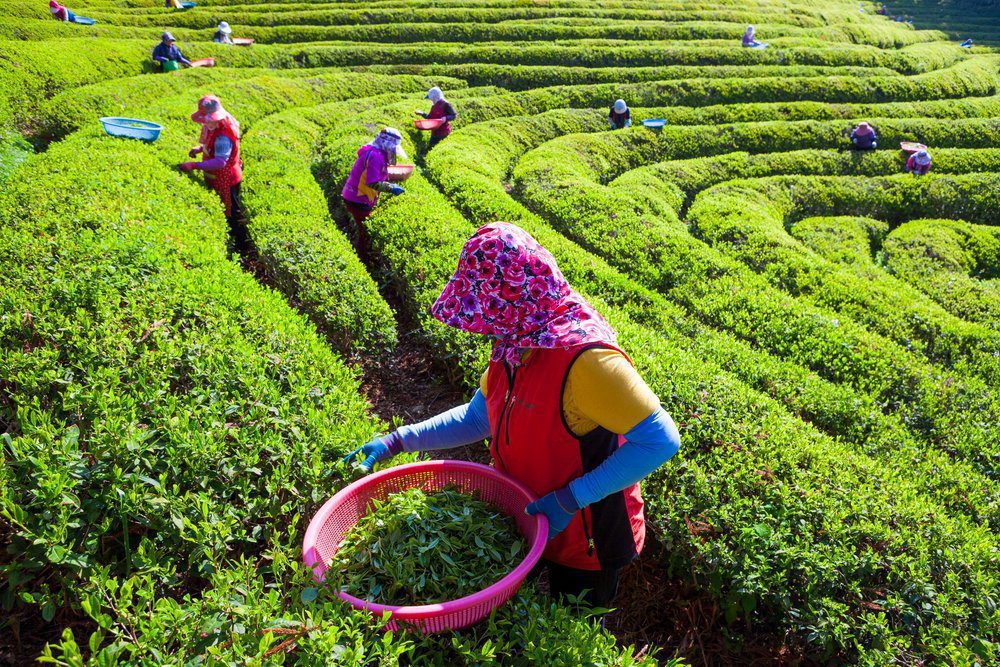 But, it’s not just harvesting that is done using the traditional methods. A proper Korean teahouse will use a parching (pan-frying) technique to brew tea. It is an alternative to steaming. Fresh tea leaves are heated in a pan until they release liquid. The liquid is then added to hot water, producing a sweeter flavor with more depth in comparison with conventionally-made teas. If you manage to get your hands on some fresh tea leaves – be sure to try it out! 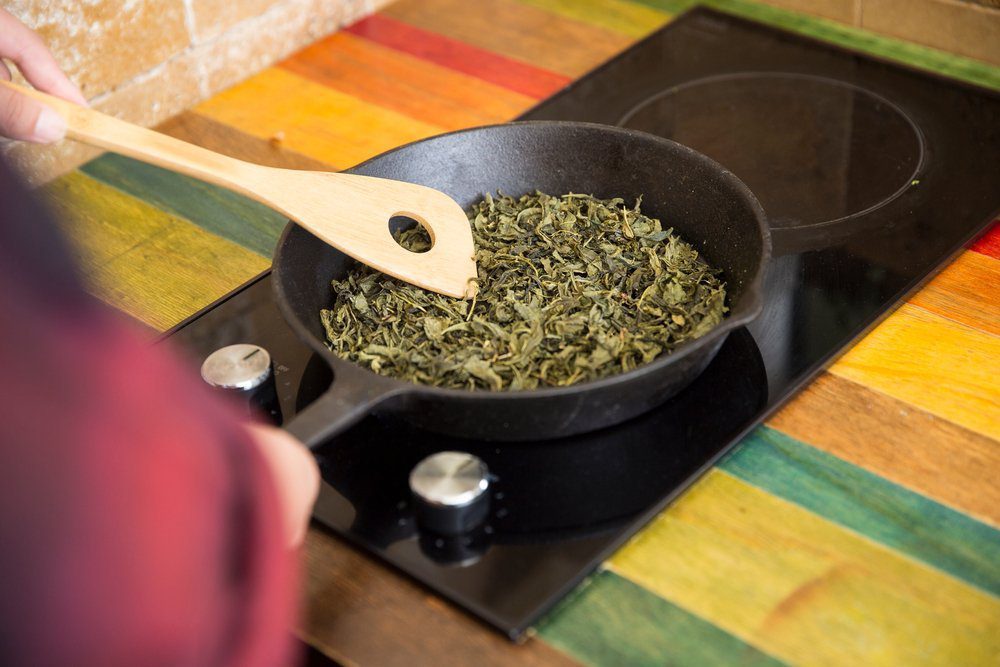 The principal reason why Koreans love green tea so much is because of its health benefits. Green tea is known as a health drink around the world and some studies suggest that drinking it can improve longevity. Although nothing in life is a miracle cure, green tea certainly does benefit your health. 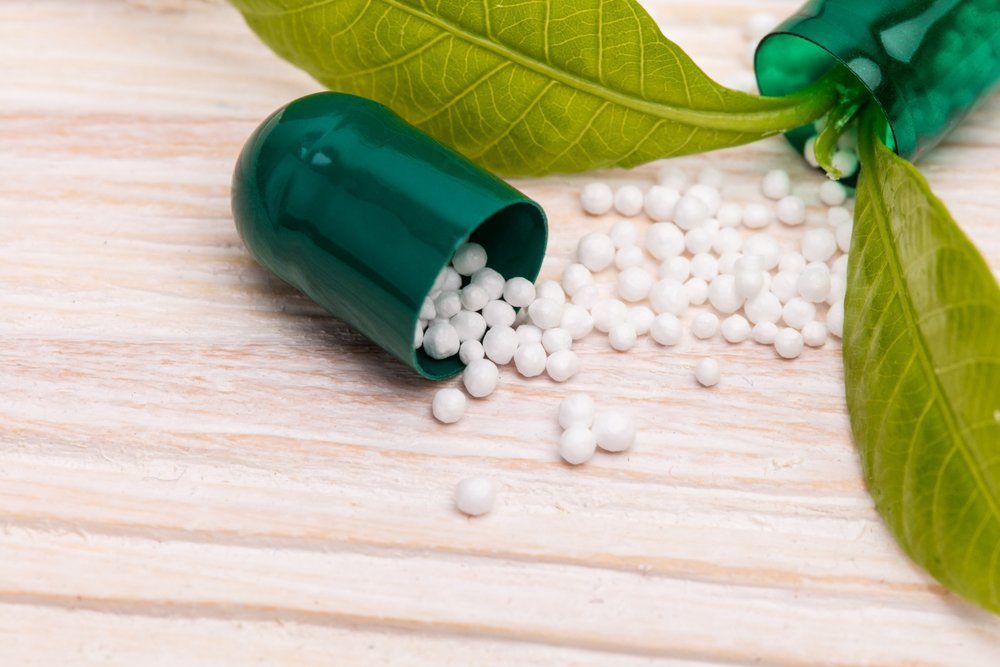 A true Korean green tea is rich in antioxidants such as epigallocatechin gallate (EGCG) and catechin polyphenols. What (the heck) are those? Well, they are chemicals that are produced naturally from biological processes within plants. When we ingest them i.e. by drinking green tea, they help to reduce oxidation within our bodies (a chemical reaction that can damage our cells).

Green tea contains a small amount of caffeine, meaning it can function as a stimulant, but won’t affect your sleep significantly. It also contains L-theanine, amino acids that activate anti-anxiety mechanisms in your brain. 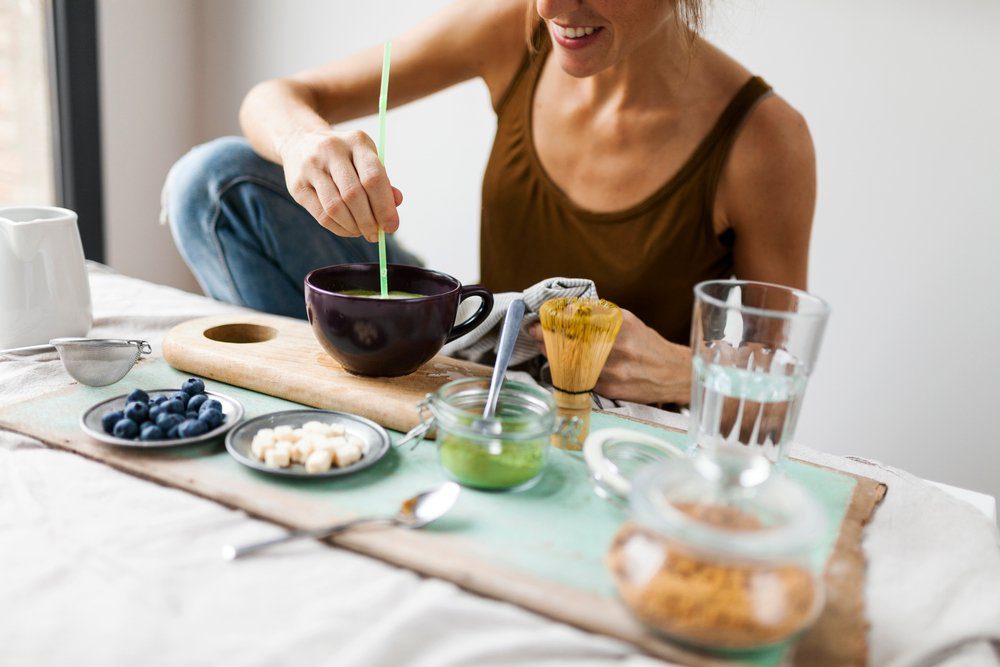 Korean Green Tea Reduces the Risk of some Cancers

Because green tea is so rich in antioxidants, it can indirectly reduce the risk of some common cancers like breast, prostate, and colorectal cancer. There are multiple studies to support the hypothesis that those who drink green tea have a lower risk of some cancers than those who don’t. However, other lifestyle choices such as whether you smoke or not, have a far greater impact on cancer risk than green tea.

Did you know we actually have both “bad” and “good” types of cholesterol in our bodies? Green tea can reduce levels of “bad” cholesterol, high levels of which can lead to the development of heart disease.

Finally, green tea compounds can synthesize T cells. T Cells are a type of white blood cell that destroys pathogens and helps us to heal from injury or disease.

A health drink with an aromatic taste and soothing quality, no wonder Koreans love it so much!

Green tea just sounds magical, right? Then why not try a cup at the Harry Potter café in Hongdae, Seoul?