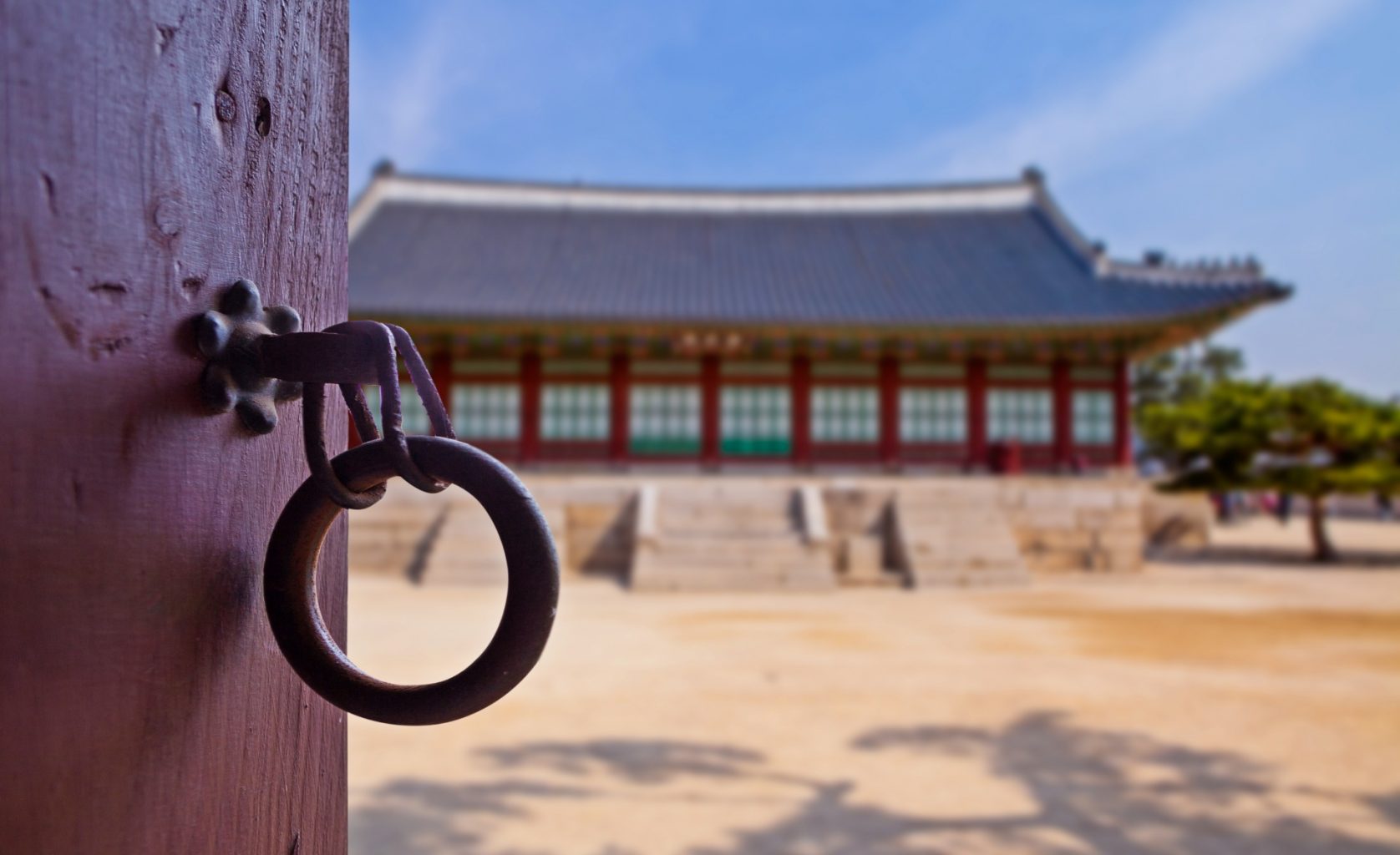 Korean Royal Palaces are the symbol of this country’s past monarchies. Now, they stand proudly as its most notable landmarks. Nevertheless, these palaces, have stood for hundreds of years and witnessed countless tragedies. Perhaps none are as prominent as the murder of Queen Min. Does her restless spirit still wander the grounds?

Table of Contents
The Notorious Queen Min Haunting
Who is Queen Min?
Queen Min’s Influences
Playing with Fire
Tragic Death of Queen Min
Funeral and the Queen’s Ghost
Is Queen Min Still There?

October is here, which also signifies the death anniversary of the last Queen of Joseon, Queen Min. The Japanese military assassinated her on October 8, 1895, on the grounds of Gyeongbukgung. The assassination (the Eulmi Incident (을미사변)) led to the downfall of Joseon and was one of the most tragic events in Korean history. Her husband, Emperor Gojong, awarded her with the title ‘Empress Myeongseong’ posthumously.

Queen Min’s gruesome murder haunted the memories of all those who witnessed it. And many say her spirit remains in the palace searching for justice and waiting for the restoration of her lost empire.

Who is Queen Min?

She was a part of the Yeoheung Min clan, which produced a lot of scholars, government officials, princess consorts, royal consorts, and two Empresses (Empress Myeongseong and Empress Sun Myung Hyo). Although she was orphaned at 8 years old, she managed to pass the Queen selection and married King Gojong when she was a teenager.

King Gojong was still a child when he became a king. So his father, Heungseon Daewongun (or Prince Gung), acted as a regent in his place. Daewongun was the de facto ruler and initially chose Queen Min as she appeared docile and innocent. He was very wrong!

Joseon’s queens usually only handled internal court affairs. Yet Queen Min was more than capable of handling governmental issues and politics. She was also known to be ambitious and dared to play dangerous political games, which later led to her assassination.

Queen Min was the one who reminded King Gojong that he was the king, not his father. She encouraged him to issue the decree that ended Daewongun’s regency. Her marriage to Gojong was not a happy one initially. But, they grew closer and loved each other in their later years as they ruled Joseon together.

Hyangwonjeong Pavilion in Gyeongbokgung was built right in front of their residence as a place for them to discuss state affairs privately, away from Daewongun’s ears

Her influence grew stronger over time until she had her own faction in the government. History indicates that she was the actual ruler of Joseon, not her husband. She was the one who pushed for the modernization of Korea and convinced her husband to move forward with it. However, on the contrary, Daewongun’s faction insisted that Joseon remain a hermit kingdom, closed off from the outside world.

I mentioned above that Queen Min was intelligent and deeply involved in Joseon politics. She realized that Korea had to modernize if it wanted to survive. She tried courting different foreign powers (Chinese, Japanese, Russian, American, and French) to achieve her political goals.

She even cooperated with the Chinese to get rid of her overbearing father-in-law, Prince Gung. She then had an agreement with Japan to use its technology for modernization. At the end of her life, the relationship with Japan turned sour as she was leaning more toward Russia. She even plotted to get rid of Japan, and it led to her tragic demise.

Korean empress Queen Min was assassinated in the early hours of October 8, 1895, at Okho-ru (옥호루, 玉壺樓) Pavilion in the Geoncheonggung (건청궁, 乾淸宮). This pavilion was the rear private royal residence inside Gyeongbokgung Palace.

On October 8th, 1895, a group of Japanese soldiers stormed Geoncheonggung, Okho-ru Pavillion to look for the Queen. This pavilion was the Queen’s private residence and was located at the far end of Gyeongbokgung. An account from Sabatin, a Russian officer, said that the night was very noisy. He was even dragged by a group of people who asked for the Queen. Sabatin himself did not know where she was and managed to escape unscathed.

Unfortunately, the Japanese managed to find her, after killing several court ladies for being mistaken as the Queen. They stabbed the Queen with swords, then doused her body with oil and burned it.

The Eijoh Report, later, unveiled some more horrifying details about the assassination. Queen Min was stabbed with a sword, raped, and sexually assaulted. The soldiers then doused her in oil and burned her, while still alive.

Funeral and the Queen’s Ghost

Despite being assassinated in 1895, the Queen’s funeral was in 1897. Her remains were kept in Gyeongbokgung before being moved to Deoksugung a year later. During the period between her death and the funeral, her ghost was wandering around the palace.

“Shortly after her murder, the spirit of the empress was said to have grown restless and appeared in the room where her remains were kept. Two servants were literally frightened to death ― at least according to one newspaper account.” – Korea Times

After the King moved her body to Deoksugung, more strange things occurred. Several people were either injured or killed by falling beams or hearses. There were also many difficulties in finding the tomb sites. One location was even flooded. Joseon’s royal tombs have the best and the most auspicious locations, thus, they are very expensive. Her funeral was grand. The broken-hearted Emperor Gojong even installed electricity along the road where her funeral procession was set to pass by.

Is Queen Min Still There?

Is the Queen’s ghost still wandering around, feeling angry about her wrongful and untimely death? I personally have no idea because I cannot see astral creatures. But I visited Okho-ru a few times and felt that the air was heavy around the place. There are also some night tours that specifically visit dark places in Seoul. A few people claimed that Queen’s ghostly presence is still around.

Okho-ru Pavillion and its surrounding area were more newly-built than other parts of Gyeongbokgung, and had electricity installed. Yet, there was a strange atmosphere there (similar to what I felt like at Seodaemun Prison). I definitely will not dare to wander there at night!

Want to learn more about haunted places in Korea? Click Here to learn about Gonjiam asylum! 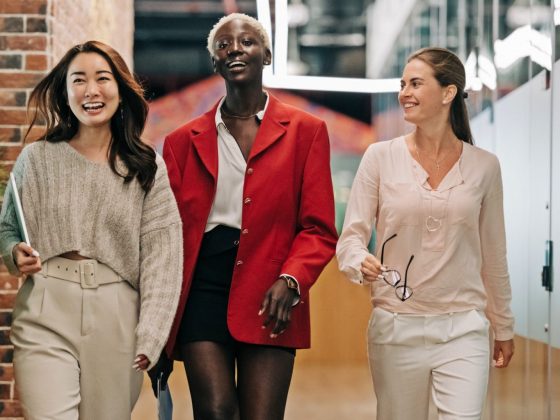 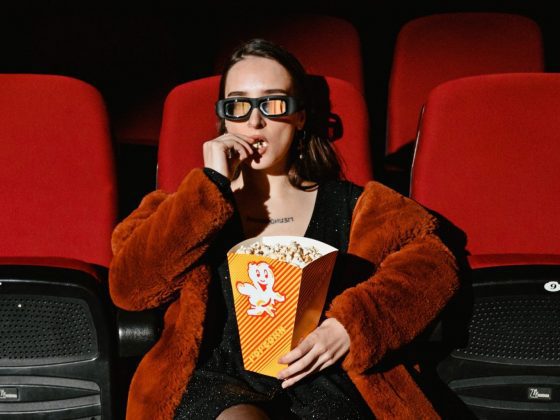