Baskin Robbins‘ latest store in Korea is the perfect marriage between tradition and modernity. Located in Jongno, central Seoul, this store quickly became a hot spot for locals not only for its Hanok like architecture but also for the new interesting flavors it has to offer!

Table of Contents
The concept
Flavors from another time
Hotteok UFO

The Baskin Robbins Samcheong Madang is Baskin Robins’ 10th concept store, inspired by the idea of harmonizing the traditional and the modern, the group explained.

The ice cream parlor has been constructed using traditional tiles, wooden pillars and with a surrounding fence to give it the look of a traditional hanok building, the company said.

In the center of the store, the company created an outdoor garden space for customers, and it also displayed string art works derived from Korea’s traditional hemp weaving

Flavors from another time

The store is inspired by the Korean traditional hanok houses and weaving. It will sell exclusive dessert items and drinks that use traditional ingredients. [SPC GROUP]

The first flavor, exclusive only to this store, is the Madang Soft Serve: Black Sesame and Corn. Served in waffle cones, the soft serve is also topped with sesame oil for an interesting experience.

There are 2 different sundaes available. The first is the Black Sesame with Red Bean sundae while the second one is a Honey Butter Corn sundae.

Both are served with traditional Korean rice crackers.

Their latest addition to the family. The popular and all favorite korean snack has been revisited to include ice-cream inside. It looks just like a regular hotteok and surprise when you bite in you get ice cream, a perfect combo i shall say!

the Wawa Tteok looks like any other ice-cream with a waffle. However, the Wawa Tteok is not just any waffle, it has Injeolmi hidden within the waffle!

It’s served with a scoop of Injeolmi ice-cream.

One of their signature drinks here is the Sweet Pumpkin Sikhye Blast. It’s basically an ice-blended pumpkin sikhye (sweet rice drink) topped off with pieces of Yugwa, a traditional Korean glutinous rice snack that looks like a huge rice puff.

If you visit Baskin Robbins in Samcheondong make sure to take this opportunity to visit the area for instance Insadong: 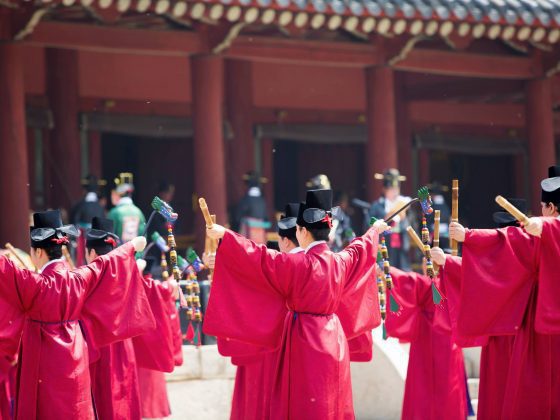 What to do In South Korea during May 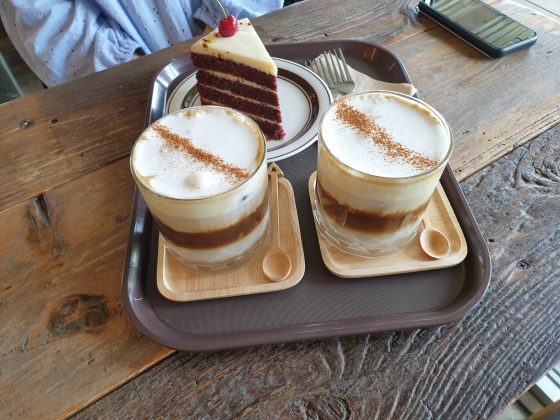