What comes to your mind when you think of the fall season? Well, for many it’s all about the slight crisp in the air. Let’s not forget to mention those colorful leaves. But did you know Hankuk University of Foreign Studies Yongin Campus is truly magical during that time of year.

From the birds chirping away to the wonders of autumn theme delicacies, the list is endless. But who knew Hankuk University of Foreign Studies would serve as a majestic destination too?

Considered to be one of the country’s top educational institutions, the university is definitely a wonderful amazement worth exploring. The fact that it ranks high in world rankings is another reason why foreign as well as local students aim high to secure a top spot.

For those who may not know, the university itself is so huge. Moreover, it’s divided into two separate campuses. Let’s not forget how it’s also the center of media production houses, featuring in countless K drama series. But that’s just the beginning of the exciting features worth a glance.

As mentioned above, the university has two separate campuses. While the Seoul one is situated towards the eastern side of the capital, Hankuk University of Foreign Studies Yongin Campus is the suburban one.

Also referred to as the Global Campus, you’ll find plenty of foreign students as well as tourists who flock over during the autumn season. And we simply can’t blame them.

First things first, how do you get there? This campus is around 90 minutes from the Seoul campus. Isolated far away from the city’s hustle and bustle- this place is unique to say the least.

Moreover you can find it nestled within the stunning Wangsan valley, surrounded by an abundance of nature’s offerings.

For the exact location, it’s the Mohyun-myun district of Yongin city. Here’s the complete address:

History at a glance- intriguing walk back into time

In 1954, the university opened up as a college to study various kinds of foreign languages. For instance, English, French, and Chinese were all included. Slowly and surely, by the year 1980, it expanded it’s area further. Hence, it stands as the university that we see today.

In the year 1981, Hankuk University of Foreign Studies Yongin Campus opened up in Yongin, which is actually Seoul’s satellite city.

Did you know that this particular campus is also referred to as the global campus? Furthermore, if you’re wondering why, well, the answer is pretty simple.

It teaches a wide array of additional languages that aren’t provided at the Seoul campus. Common examples include Russian, Romanian, and Greek too.

As you can probably guess by the name, this place is ideal when it comes to miraculous birthplaces for language studies. With over 45 languages from Asia alone, you know you’re in for a true learning discovery here.

Meanwhile, the rather specialized university has over 15,000 undergraduate scholars. For this reason, many experts term it as the country’s number one educational organization.

The iconic destination is not only home to plenty of students, there are numerous sight seeing facades worth your time too.

Don’t forget to check out some fascinating explorations with 5 Reasons Why You Should Visit Seoul City Wall.

Hankuk University of Foreign Studies Yongin campus has plenty of offerings, other than its academic standouts. And that’s why plenty of people pinpoint it as an ideal hotspot for tourists round the globe. After all, very rare do you walk and walk , yet never get tired of the gorgeous views in front of you.

If you’re into Korean dramas, you might remember glimpses of the architecture here. Similar to the Greeks and Romans, these buildings are definitely a superb work of art.

From their outlines to the final construction, you need to spend more than a minute to soak it all in. And when you do, there’s no turning back.

It will steal your heart in more ways than one. But why am I specifically talking about the fall season? Well, that’s because here, there’s a fresh and crisp scent from all over. Moreover, striking reds and oranges, you name it and you’ll find every vibrant hue of leaf.

The tall trees and the peaceful roads, it’s a journey that’s full of bliss. Needless to say, you need to spare a few hours to visit the entire campus. But as you make your way forward, you’ll find plenty of cute little cafes, ponds, and hangout locations.

It’s dreamy and surreal views accompanied by a tranquil realm. Who knew mother earth could bless a university campus with the best of nature’s offerings like this? Whether you plan on taking long strolls or enjoy quiet reads on the benches nearby, the choice is all yours.

Hankuk University of Foreign Studies Yongin Campus is truly what sublime nature dreams are made of. Therefore, if you’re on the search for a quiet stroll or simply wish to witness the revolutionary bliss of Korea’s greatest university- this is the place to be. 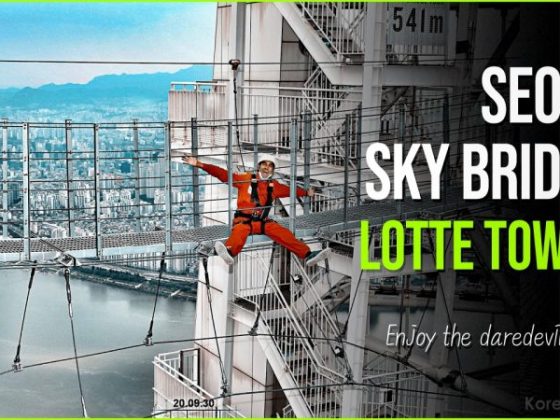 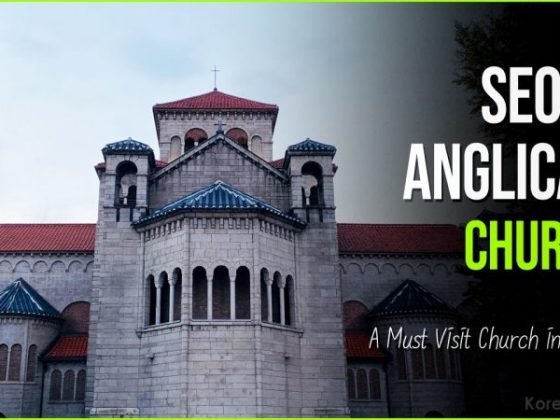