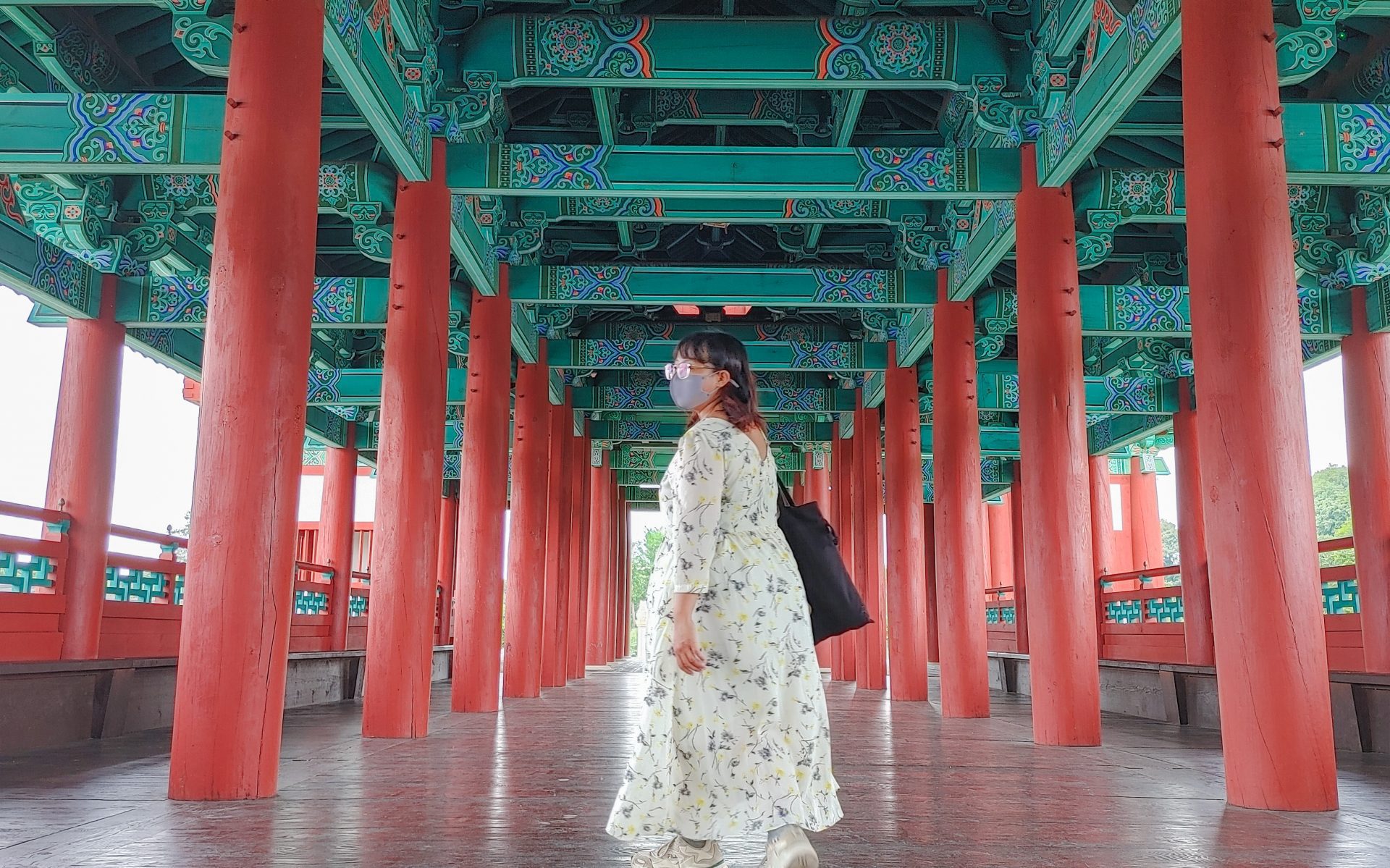 Gyeongju by Day AND by Night

Ever travelled to Gyeongju, North Gyeongsang? Gyeongju is a small, historical city with many fascinating spots that can be easily travelled to by foot. But, have you ever wondered how these spots differ by day and by night? Let’s take a look at Gyeongju by day AND by night!

Here is my recommended itinerary:

When I visited, I actually followed this itinerary in reverse, starting from Woljeonggyo. However, Anapji is close by to Gyeongju Station, convenient for those who are here just for a one day trip. What’s more, this route is great for solo travellers and Gyeongju as a city feels safe both during day and night. You can stroll at your leisure from one spot to the next, and paying a taxi fee yourself isn’t expensive either.

“One thousand years ago, the people of Silla passed across the Woljeonggyo Bridge to get to Wolseong and Namsan.” (Gyeongju Tourguide, 2019).

King Gyeongdeok of Silla built Woljeonggyo in the 19th year of his reign. 1000 years later and the bridge was rebuilt from the few surviving ruins. Today, it a fraction of its original size (60km) but still magnificent.

Ironically, there are less people at Woljeonggyo during the day than the night, so if you want a quiet, secluded experience, go in the daytime. In the daytime, you can truly appreciate the bold colours of every pillar and beam. It is also a fantastic view spot and a romantic spot to watch the sunset.

I went back later that day to see Woljeonggyo at night and as you can see from the photos, it did not disappoint. The illuminated bridge, ocean blue sky and the moonlight reflected on the river below was simply breath-taking. Personally, I felt that the bridge looked so powerful at night. With the dark backdrop and bright lights, this small restoration was able to echo the image of the long, fortified bridge that stood here centuries ago.

K Drama fans may recognise Woljeonggyo bridge from The King: Eternal Monarch (2020). Additionally, you can access Kyochon Hanok Village easily from here, located just beside the bridge. It isn’t as big as Seoul’s Hanok Villages, but its still beautiful and you can see it all in a short time. There are many restaurants and cafes here, as well as the remains of a genuine Confucian school.

“Donggung Palace and Wolji came to be known as Anapji when it fell into ruin during the Joseon Dynasty and became a haven for wild geese and ducks. In the 14th year of King Munmu (674 CE) he created the pond called “Wolji” and after the unification of Silla, the palace “Donggung” was constructed in 679 CE.” – Gyeongju Tourguide

Donggung Palace was long abandoned after the collapse of Silla rule. It was eventually restored and now 3 palace buildings and the huge pond, Wolji, remains. The pond was artificially dug during palace construction and was even larger than it is today. Known as ‘Anapji’ since its demise, the original name was reinstated after an artefact with ‘Wolji’ carved into it was discovered.

The pond is huge today but was even bigger in ancient times. In fact, the Gyeongju Museum of History has an entire exhibition hall dedicated to artefacts found in the pond. Moreover, the pond was artificially dug to become the crowning jewel of the palace grounds. It’s best to come around sunset as you can take all kinds of different photos from around the pond as the sky changes colour.

However, this stunning palace and garden has a dark history. In September 2021, the bones of a 20 year old woman was unearthed at Wolseong Palace nearby, believed to have been a human sacrifice to ensure successful construction.

Did you know that you can find the oldest astronomical tower in Asia, right here in Gyeongju? Yes, welcome to Cheomseongdae. Cheomseongdae is the only remaining astronomy tower from the Silla period, and — at 1500 years old — the oldest in continental Asia.

The Silla people were avid astronomers, believing that the stars decided the fate of the kingdom, as well the farming season. The K Drama Queen Seondok (2009) features scenes that display the importance of astronomy during the Silla period.

It is incredible that Cheomseongdae has survived so long, especially with Korea’s extreme weather such as typhoons and earthquakes. Don’t miss the opportunity to see the revered Cheomseongdae.

The tower is surrounded by beautiful sunflowers in summer. In autumn, it is surrounded by pink muhly grass and in winter? Well, Cheongsamdae is just as beautiful capped with snow. Visit any time of the year and see this beautiful sight. In the day time, you can enjoy the scenery on foot, or relax with the view at one of the local cafes.

At night, the tower and the grounds are lit up, making for a completely magical evening. It’s certainly the ideal date spot or place to make memories with your friends.

Looking for other things to do in Gyeongju? Click >> here <<

We all scream for 32CM Ice Cream!
GOT7 Comeback Season in South Korea
Things That You Must Have When Travel...
Seoul Metropolitan Library: A Nation...
Children's Grand Park 어린이 대공원
Korean Online Shopping Sites: The Fem...
Tips To Help Your Makeup Last Through...
Art in the streets: Gamcheon Village ...
Total
853
Shares
Share 853
Tweet 0