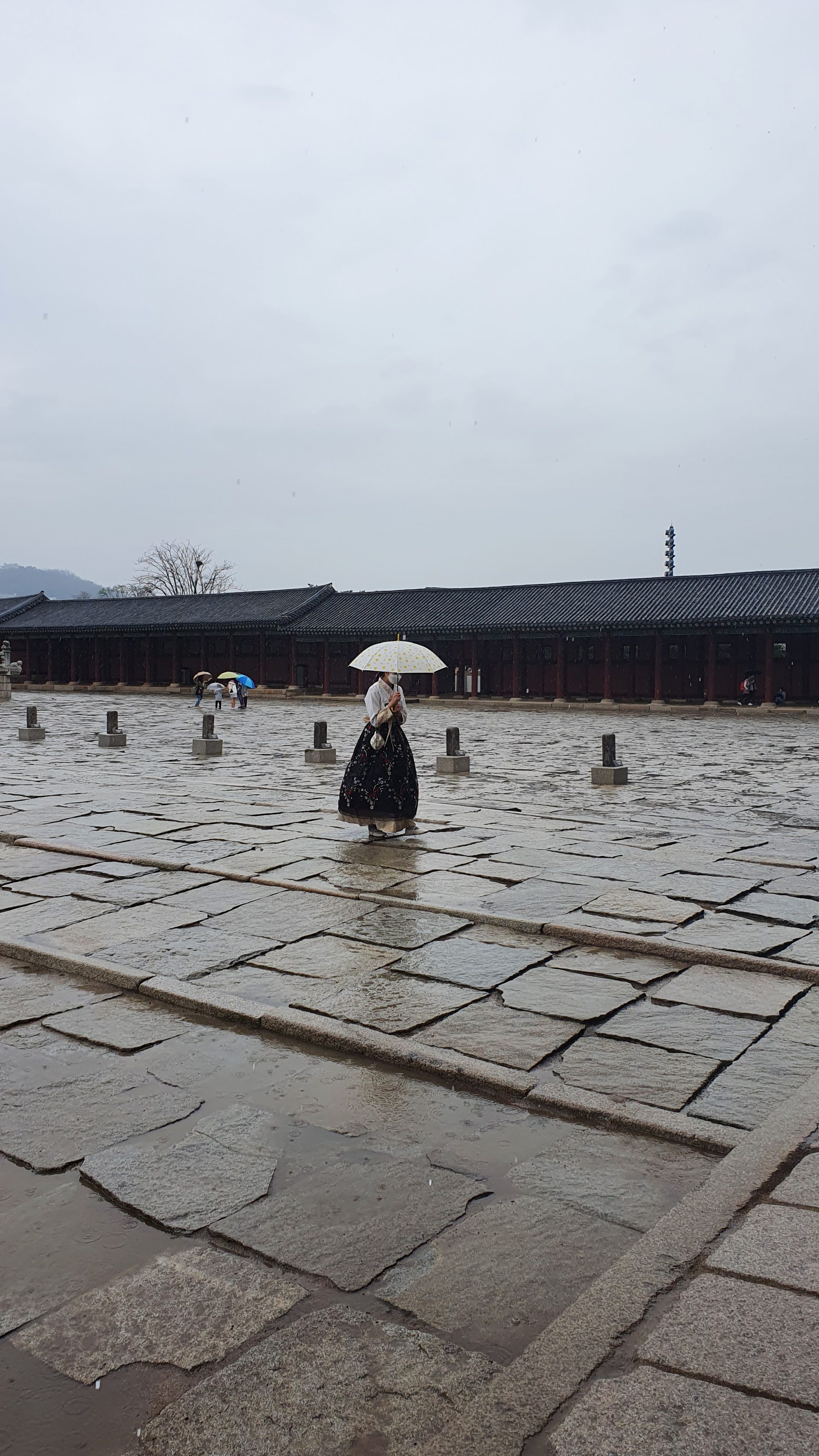 One of the things that will really fascinate you when you visit Korea is the existence of its palaces. Most of them are in the middle of the city and are lively up to this day. When you visit Seoul, make sure to visit the Gyeongbokgung Palace (경복궁).

About the Gyeongbokgung Palace

Gyeongbokgung Palace was the first and largest of the royal palaces built in 1395. It was the main royal palace in the Joseon dynasty. However, during the Japanese invasion from 1592, this palace left ruined for the next 273 years. In 1867, it was finally reconstructed with some 500 buildings built on a site of over 40 hectares. Now, the Korean government is investing its resources to rebuild, restore and maintain the main royal palace in all its remaining glory for the future generations. It is guarded by the majestic Gwanghwamun gate.

Over the years, it has become one of the must-visit places in Korea which showcases the cultural heritage of the country. This palace remains beautiful during all four seasons in Korea.

How to reach Gyeongbokgung

You will be greeted by the Statue of Sejong the Great and his Admiral Yi Sunshin.

Attractions and Facilities at Gyeongbokgung

You can watch the changing of the guard ceremonies at the main entrance Gwanghwamun. Then set aside at least half a day to do justice to the compound. It includes a couple of museums, ornamental gardens and some of Seoul’s grandest architectural sights. 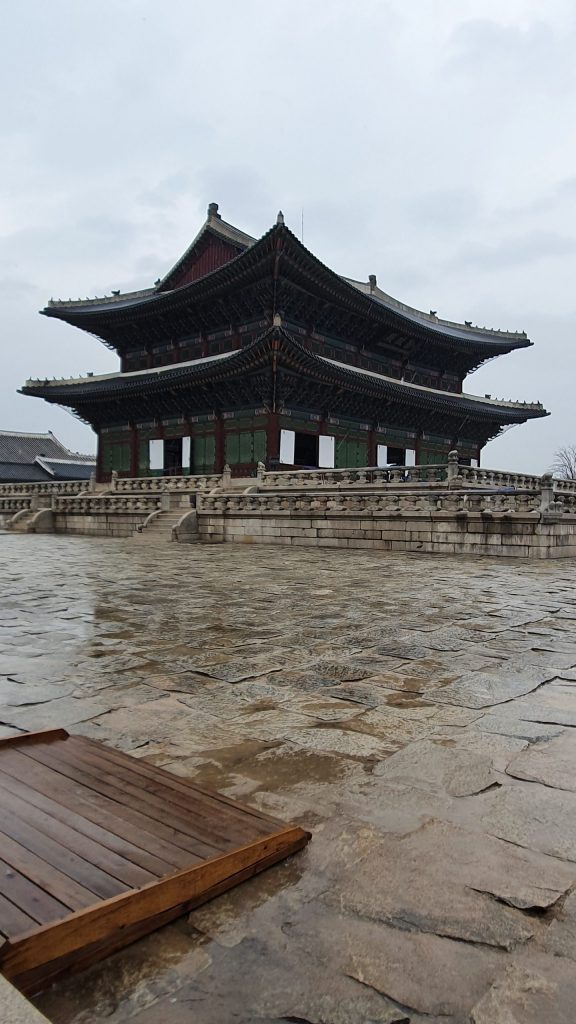 Many of these halls were built by the King Gojong for his own personal use. These are some of the main attractions and facilities that you can see at the palace: 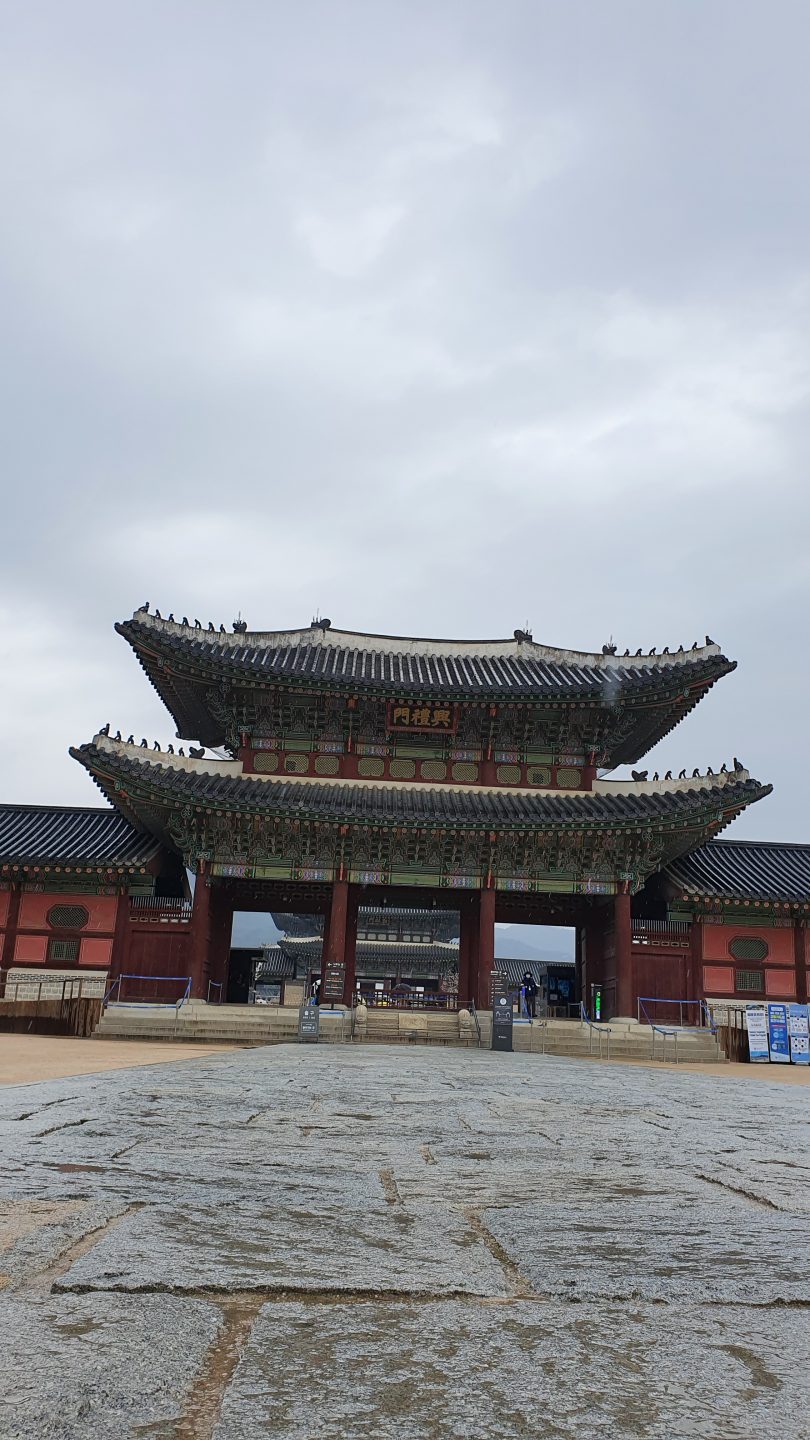 An audio commentary and a free guided tour (at 11am, 1.30pm and 3.30pm) are available if you wish to learn more about the palace. They are available in four different languages. Tourists have the option to choose between English, Japanese, Chinese and Korean. 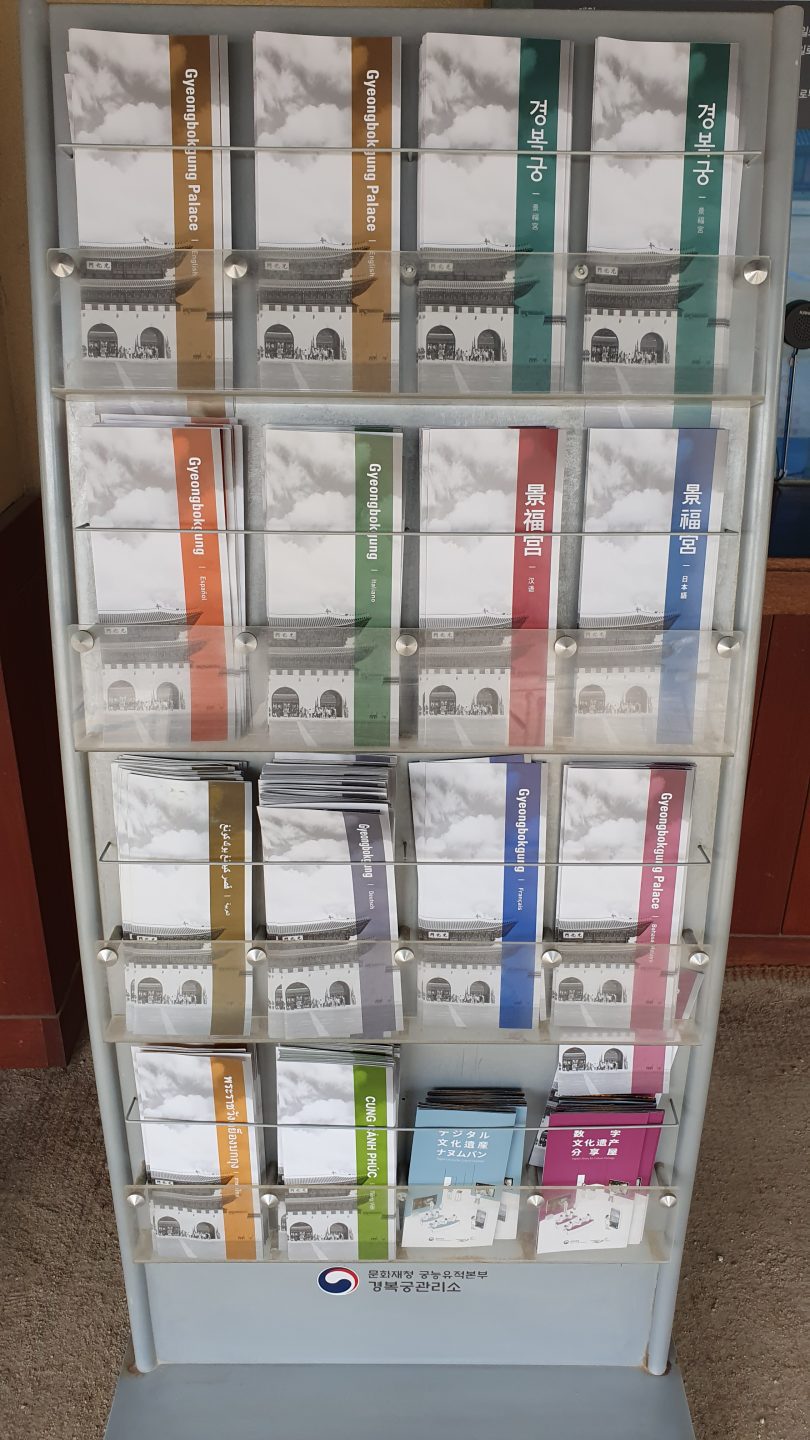 The popular two-hour Starlight Tour (₩50,000; 6.30pm and 7.40pm daily mid-March to mid-April) includes a 12-dish modern take on Korean royal court cuisine. Also, it includes a visit to the royal kitchen, and an evening visit of 10 locations across the palace including the pavilion for a live performance of traditional Korean music. However, the tickets must be bought in advance online and are available from early March.

P.S. If you visit the palace wearing the Traditional Hanbok Dress, your entrance is free of charge. That is why there are many hanbok rental shops surrounding the palace. They offer great deals in dressing you and doing your touch up just like the women used to do.

This palace is also a very popular site among KDrama lovers. As many shows and movies have been shot here. Some of the latest ones are:

My first visit to the palace was unfortunately cut short due to heavy rain. However, I fully intend to visit the palace again in fall and enjoy what it has to offer then. Hopefully, I will have a better plan then.

Thank you so much for reading my post and sharing my experience. Also, if you like this post, please share your reviews or you can read about my other experiences here. Have a good day and stay safe ! 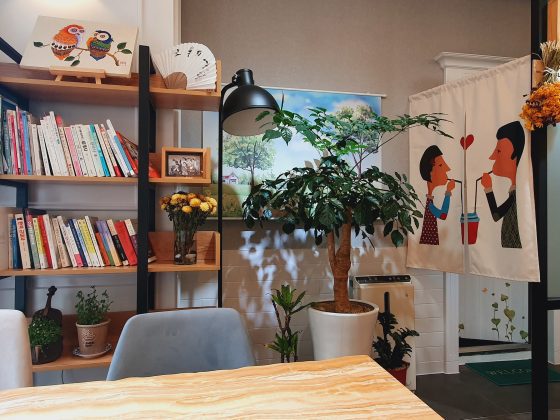 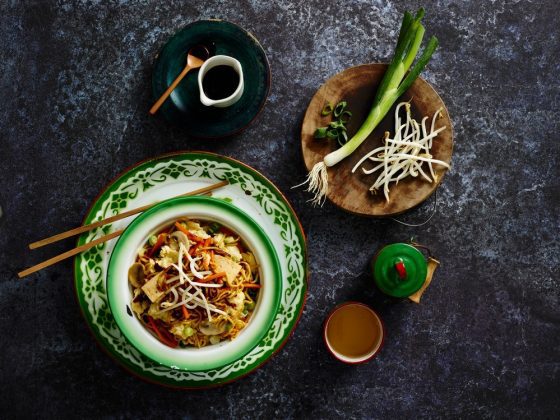