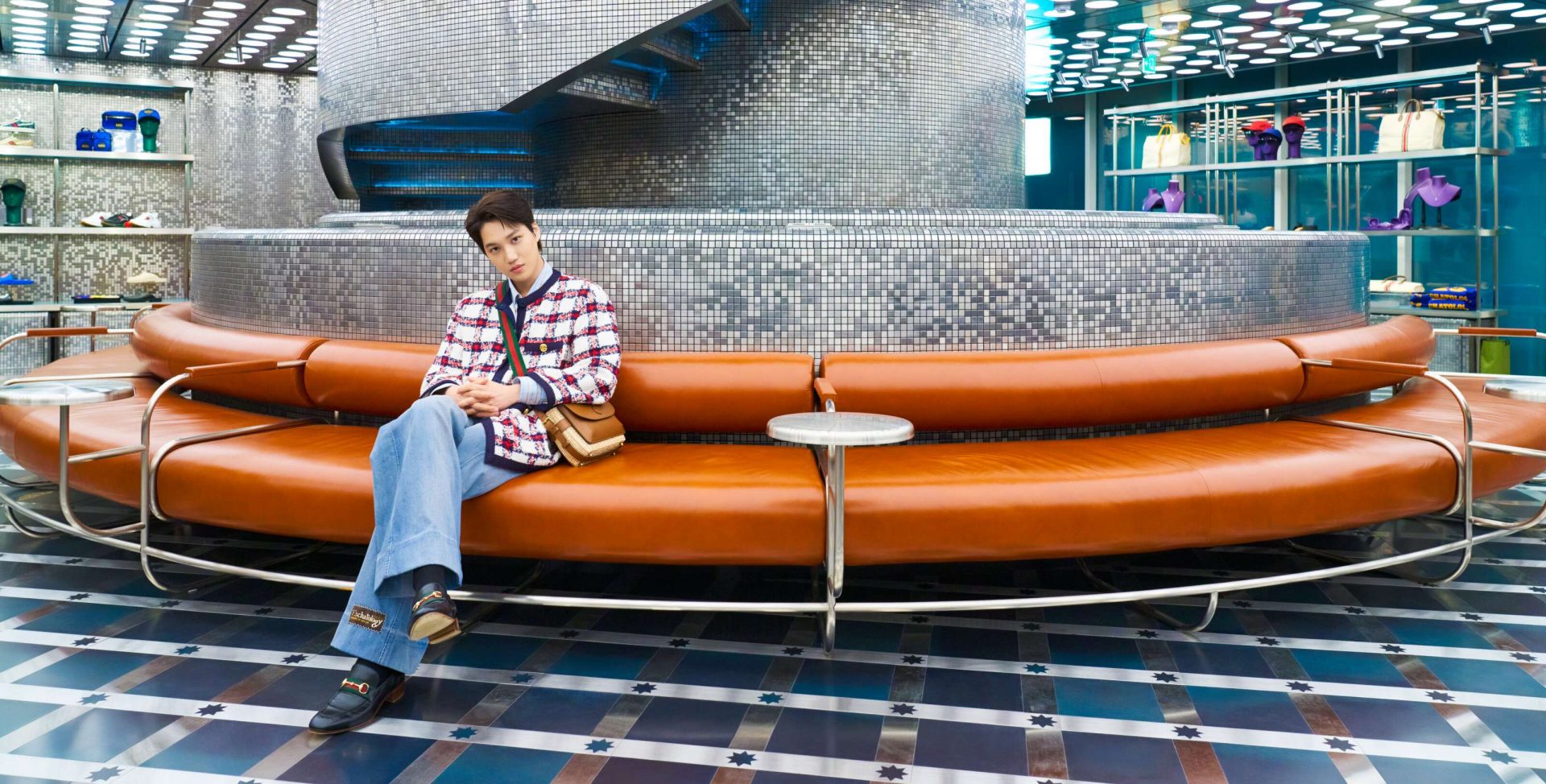 As I was walking in the streets of Hannam a few weeks ago, I noticed a giant colorful GUCCI banner placed that read in Korean ‘Gucci Gaok’. Intrigued, I assumed that it was just an AD for a new campaign. The teasing kept going for weeks as the ADs were all over bus benches and displays. Turns out the fashion giant GUCCI itself was preparing a second flagship store in Hannam!

Hannam-dong, a district with a modern and sophisticated atmosphere, neighboring the famous Itaewon. Known for being the home of many K-pop artists and movie stars, Hannam-dong has a classy yet charming vibe. It is becoming a trendy neighborhood among locals with its cafes , restaurants and trendy shops.

Hence, it is no surprise that such a luxurious brand would establish its flagship store in this location. Hannam-dong is known for having high-end fashion stores and hidden gems such as designers’ boutiques, vintage shops and hip flagship stores.

Gucci, the Italian fashion giant, established a second flagship shop in Seoul 23 years after its first, in Gangnam. Gucci’s second 10-story private shop will be located in central Seoul’s Hannam-dong, which is rising as a luxury fashion trendsetter among rich young Koreans.

In the year of the epidemic, Gucci is projected to have made 1 trillion won ($883.15 million) in income in Korea.

The décor, which takes its inspiration from the Korean term “gaok,” which means “traditional household,” symbolizes Alessandro Michele‘s vision of Gucci while also representing the frantic and dynamic energy of Itaewon. The welcoming atmosphere has a wide range of ready-to-wear, handbags, luggage, accessories, shoes, jewelry, and Gucci Décor.

Additionally, GUCCI GAOK will offer a range of exclusive accessories including the archival Baiadera print combined with the GG motif.

The new flagship’s front was designed in collaboration with famous Korean artist Seungmo Park and is inspired by an imagined forest. The layers explore an interaction of light and shadow that metaphorically reflects on the boundaries between what is real and what is an illusion using wire netting.

Reflecting on the environmental issues of our age, the artist expresses the existence and non-existence of nature, his concerns of what can be lost, leaving only the illusion of what might be left.

The store, which reflects the hectic and innovative spirit of the district, houses a wide selection of ready-to-wear, handbags, luggage, accessories, shoes, jewelry and Gucci Décor as well as collections exclusive to the store—including a special lineup of accessories featuring the archival Baiadera print combined with the GG motif.

For its opening, the GUCCI GAOK flaship store was visited by various celebrities. KAI—Brand Ambassador of Gucci Korea—along with Cha Seung-won, Lee Ji-ah, Han Jee-min, Jay Park, and Sunmi take you on a tour of the new space.

The design reflects the creative, hectic, and innovative spirit of the Itaewon district where it is located, combining a vibrant “pop” soul with elegant and contemporary eclecticism.

Immerse yourself in the experience through the creative company ‘크리에이티브멋’ :