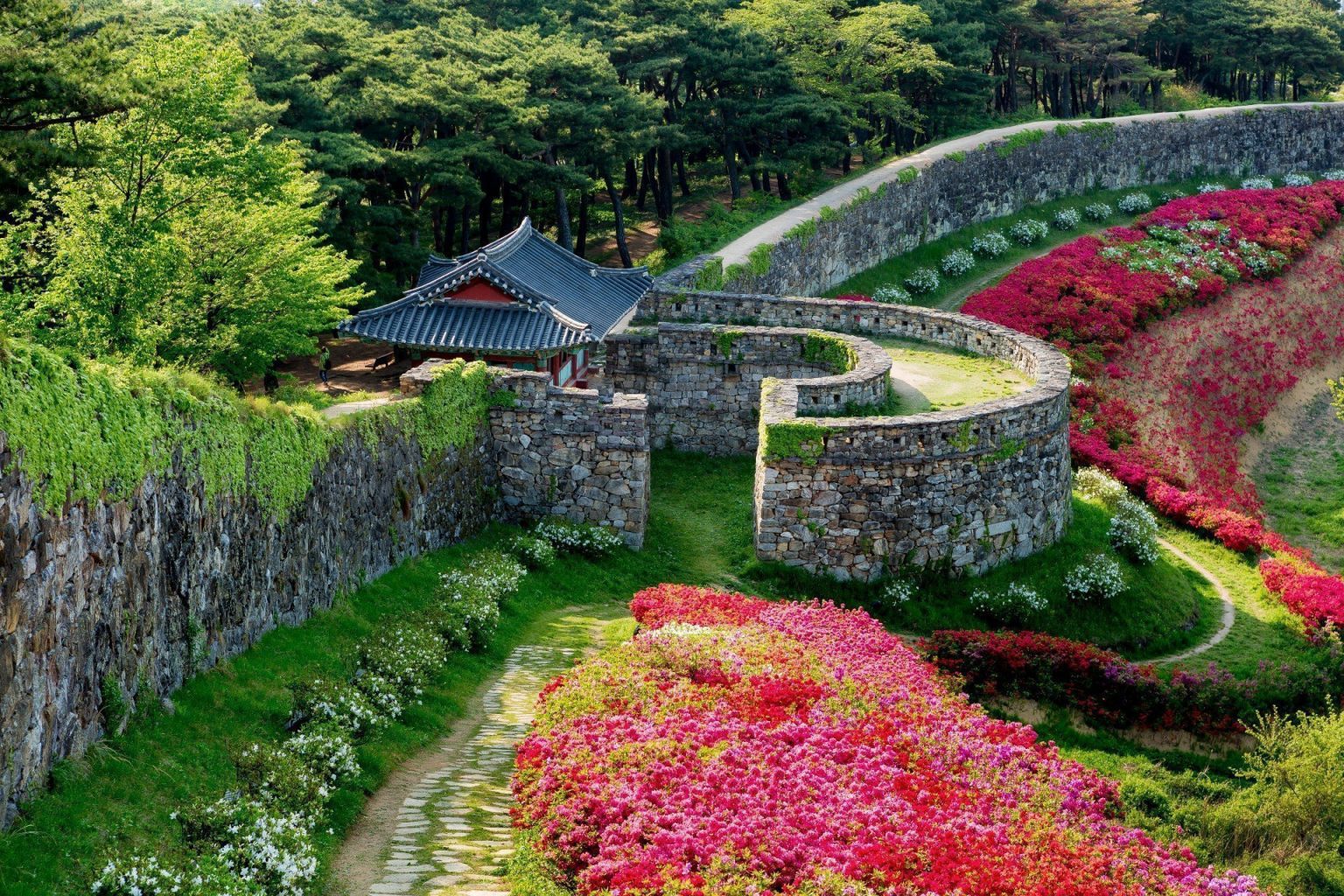 A day in Gochang is a day well spent.  About 40 minutes from Gwangju on the intercity bus, Gochang-gun is a quiet town that seems humble when you arrive, but holds a lot of places to boast about.  From drama sites to dolmen sites, Gochang offers something for every tourist.  The main reason for your visit, would be the Gochang Fortress, which is at a short walk from the bus terminal. From there, arrows lead you from one site to the other.  Let’s start with what we can do on foot. 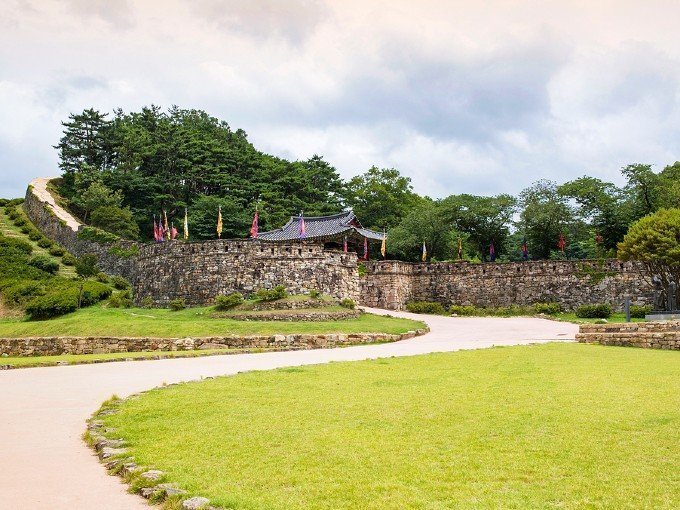 Also known as Moyang Fortress, Gochang-eup Fortress was built in 1453, the first year of the reign of King Danjong, by the people of Jeolla province to defend against Japanese aggressions in the spirit of preparedness.  Together with Ibamsan Fortress in the Naju military district, it was meant to serve as an advance base to defend the fertile Honam region, Designated as site nr. 145 on April 1, 1965.  The fortress measures 1,684 meters in circumference, 4-6 meters in height, and 165,597 square meters in area.  Its tactical features include north, east, and west gates, three half-moon-shaped protrusions, six parapets, and surrounding moats.  Its 22 structures included a commander’s headquarters and guesthouse, with two ponds and four fountains located inside.  Most of these were consumed by fire during the war, the exceptions being the multi-storied Gongbuk-ru and the gilyong-cheon, or ‘fountain of good luck’.  The site as it exists today is the result of a restoration undertaken in 1976.  Legend holds that women who walk around the fortress three times with a stone atop their head during a leap month will enjoy long life and be admitted to paradise after their death.  This custom is still practiced today by many women.

The fortress as a filming site

As you walk towards the fortress, you see will signage of the dramas, movies, and scenes that were shot there.  It makes you want to revisit the dramas to recognize the fortress.  A feeling of pride over you knowing the actors have been standing in this very spot, in the heat, with their beautiful costumes on, making our favorite historical dramas.  Best known for the filming location of Daejang Geum (대장금), signage prove dramas such as Moon drawn by clouds (구르미 그린 달빛), Nokdu Flower (녹두꽃),  Kingdom, and the iconic movie The King’s Man (왕의 남자) have all been shot here. Are there any other movies you have seen from the list? 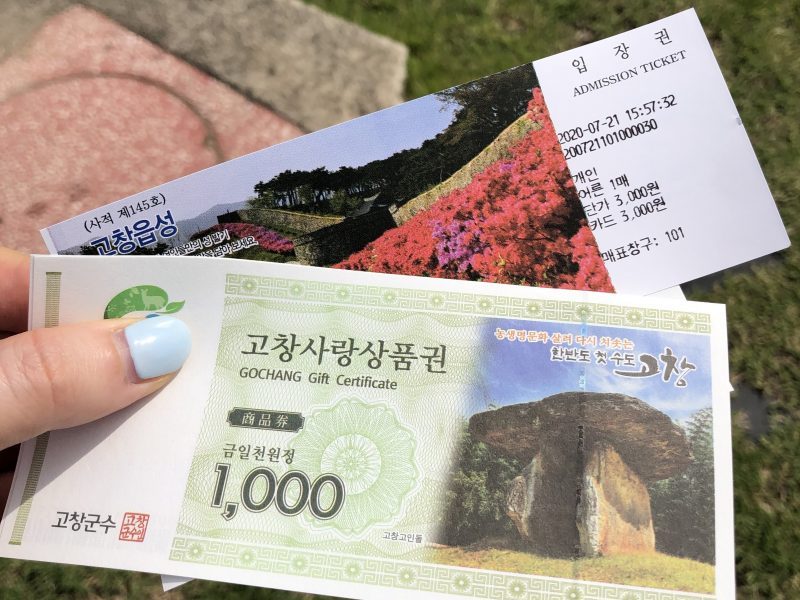 The ticket to the fort costs 3,000 per person, for which you get an entrance ticket, and 2 gift certificates worth 1,000won to be used in Gochang. It is valid in souvenir shops and even coffee shops nearby!

The fort looks like it has 2 entrances going up, but the main entrance is the entrance on the left, towards the flags and drum fort.

Once you are inside, you can rent traditional warrior outfits, and play traditional games (전통놀이) to take you back to the olden days.  The trail along the fort’s edge is still walked ceremoniously, as you can read below.

Gochang-eup Fortress (Moyang Fortress) was built to prevent invasion from other countries in the first year of King Danjong’s reign during the Joseon Dynasty(1453) with the cooperation of the people of 21 towns (hyeon) in then Jeolla-do and Jeju-do. This is the natural stone fortress whose prototype has been preserved the best condition in Korea. 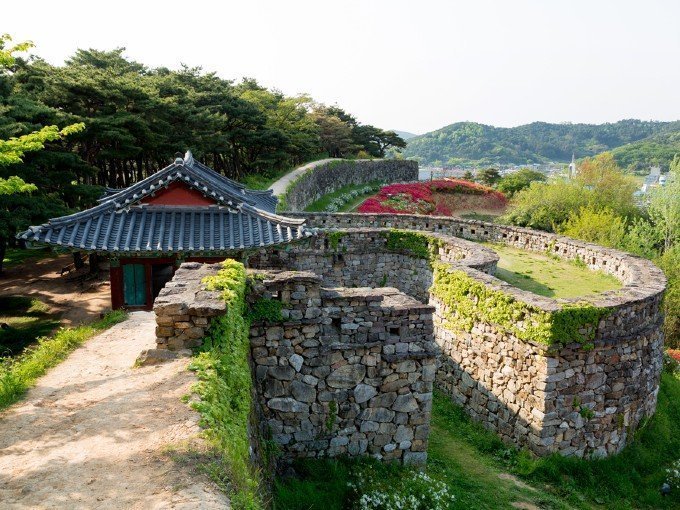 Among many legends and customs related with the construction of Moyang Fortress, the most famous one is Dapseong folklore game. People walk along the 1,684m-long fortress with a palm-sized stone on head. It was based on our ancestor’s wisdom that walking around the fortress makes the ground stronger and can be used in emergency situations. It has been said that you can heal your leg illness for one round of walking around the fortress, live healthy and long for two rounds and go to the heaven for three rounds. Every year many people participate in the folklore game. 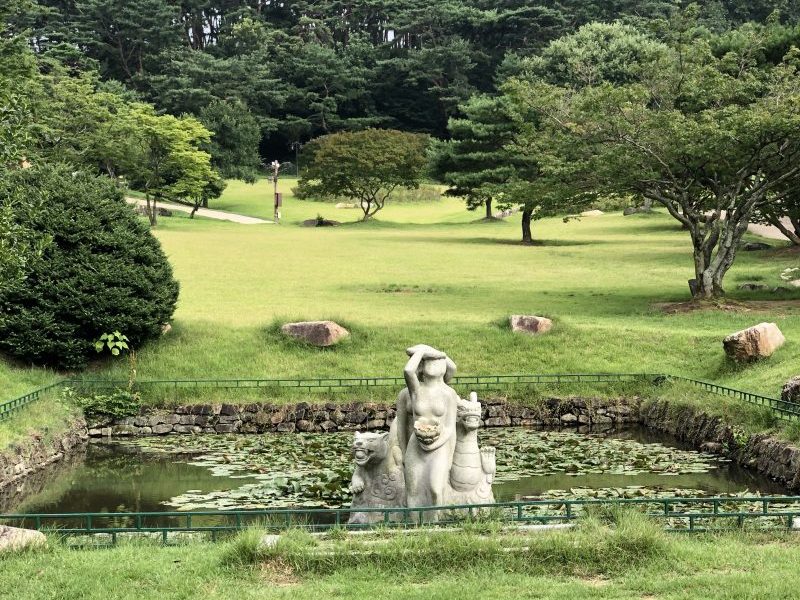 Once inside the fort you can see green gardens with hanok houses, ponds, and other remaining elements of the Fort. 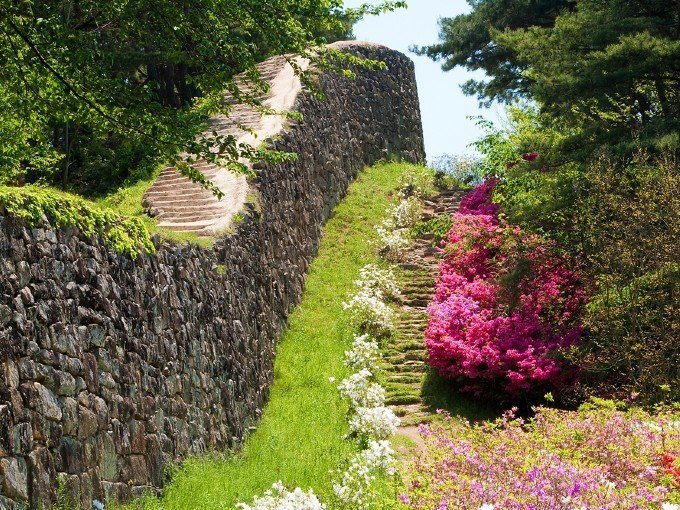 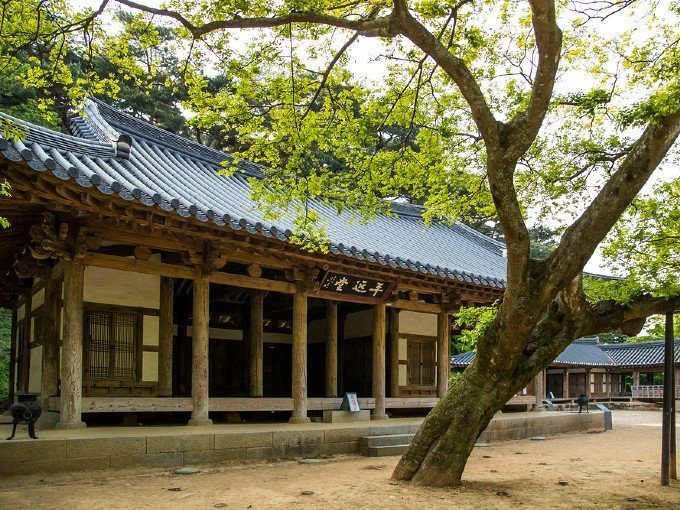 Things to see around the fort 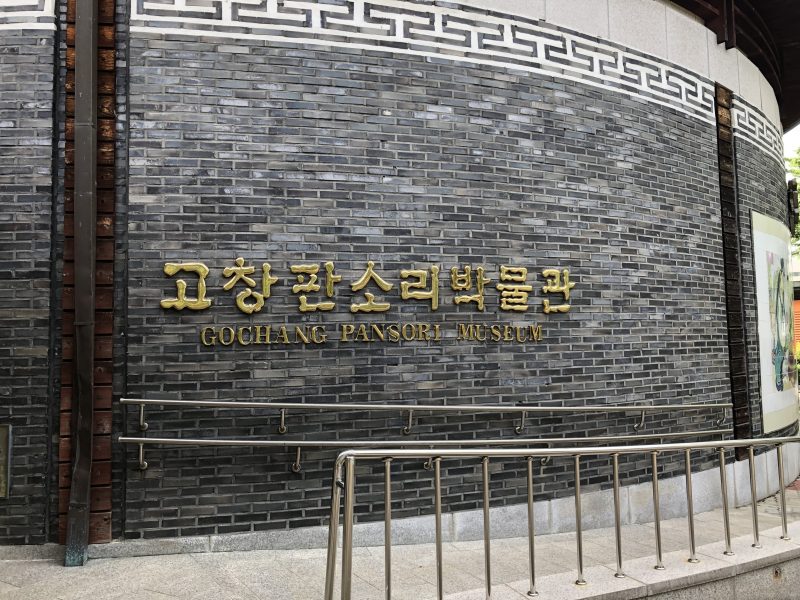 Belgian third-culture kid living in my favorite country, South Korea. Currently mastering in Korean, excited to explore and share Korea's beauty with you. Greetings from Gwangju!