Are you also one of those who were hooked at the 2016 hit Korean drama “Goblin”? If yes, then this article is for you. Goblin, also known as Guardian: The Lonely and Great God, was written by popular drama writer Kim Eun-sook and it starred top Hallyu stars Gong Yoo and Lee Dong-wook with Yoo In-na, Kim Go-eun, Yook Sung-jae. The series was such as hit in Korea and abroad and won numerous awards.

If you would like to have a Goblin-themed travel to Korea, here is a list of Goblin filming locations in Seoul that you can easily visit:

Some scenes from Goblin were filmed at different branches of dal.komm coffee. In the episide 11 of the series the scene where Grim Reaper (Lee Dong-wook) and Sunny (Yoo In-na) met was filmed at Jongno Jonggak Branch. Anotehr dal.komm branch is the Wirye I’Park Branch located in Songpa-gu.

The Grim Reaper’s office is located inside these palace walls in Goblin. Kim Shin passes by in the 1st and 14th episodes of the drama. There are a lot of Kdramas who also filmed some of their scenes in this walkway. Read more about it here.

In the drama’s first episode, both Ji Eun-tak (Kim Go-eun) and Kim Shin (Gong Yoo) pass by each other in this street. While in episode 12, this is where Eun-tak and Sunny (Yoo In-na) eat sweet potatoes. A lot of Kdramas were also filmed at Duksung Girls’ High School. Read more about it here.

Lotte World Mall was featured on the 5th episode of Goblin where Kim Shin and Ji Eun-tak buy some goods at Miniso. The store is located on the 4th floor of the mall. This mall is close to the amusement park – Lotte World Adventure.

Luna Touch was shortly featured in episode 6 when the shark loans of Eun-Tak’s aunt visit her. This cravat shop is actually located inside the Bukchon Hanok Village. This is also close to a lot of other Kdrama filming locations. Know more about the hanok village here.

This iconic bridge that appears multiple times in Goblin is the Sageun Yongdap Bridge. Sunny and Grim Reaper’s first encounter happened there in the episode 3. Then hey often meet up there in the following episodes 5, 6 and 13. This bridge is located just outside Yongdap subway station, exit 2 (Seoul Subway Line 2).

The fountain right outside of Shinsegae Department Store was also featured in the episodes 9 and 12 of the series. This is where Grim Reaper and Sunny meet and have a conversation.

In the episode 3 of Goblin, Eun-tak mistakenly calls Kim Shin when she’s blowing out the flames of the BBQ grill. This is just one of the hilarious scenes when Eun-tak summons Kim Shin out of nowhere. This mural is located in the neighborhood of Seongsu – the Brooklyn of Seoul.

Grim Reaper meets with his fellow grim reaper at Some Sevit in the 12th episode of the drama. Some Sevit or Sebitseom is a cultural complex located on artificial islands in Banpo Han River. As a matter of fact, it is the world’s first floating structure with buildings that can float on water. Read more about it here. 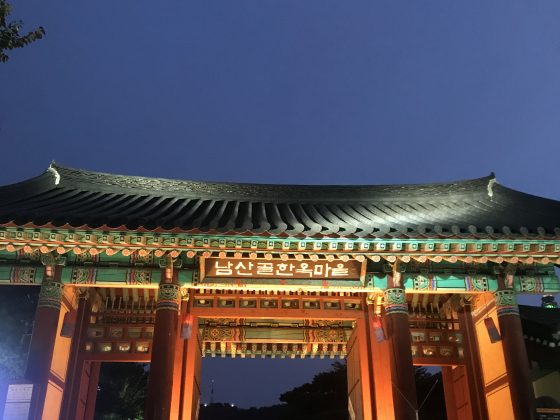 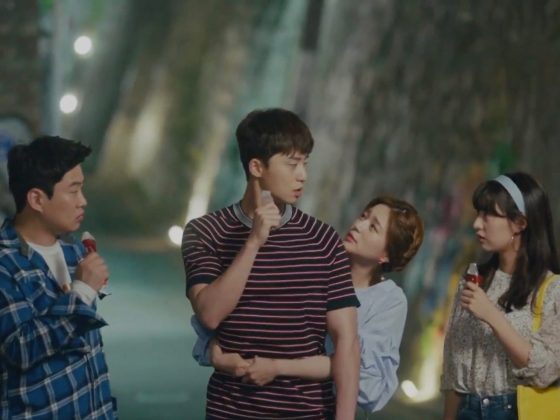 Fight For My Way Kdrama Filming Locations in Seoul