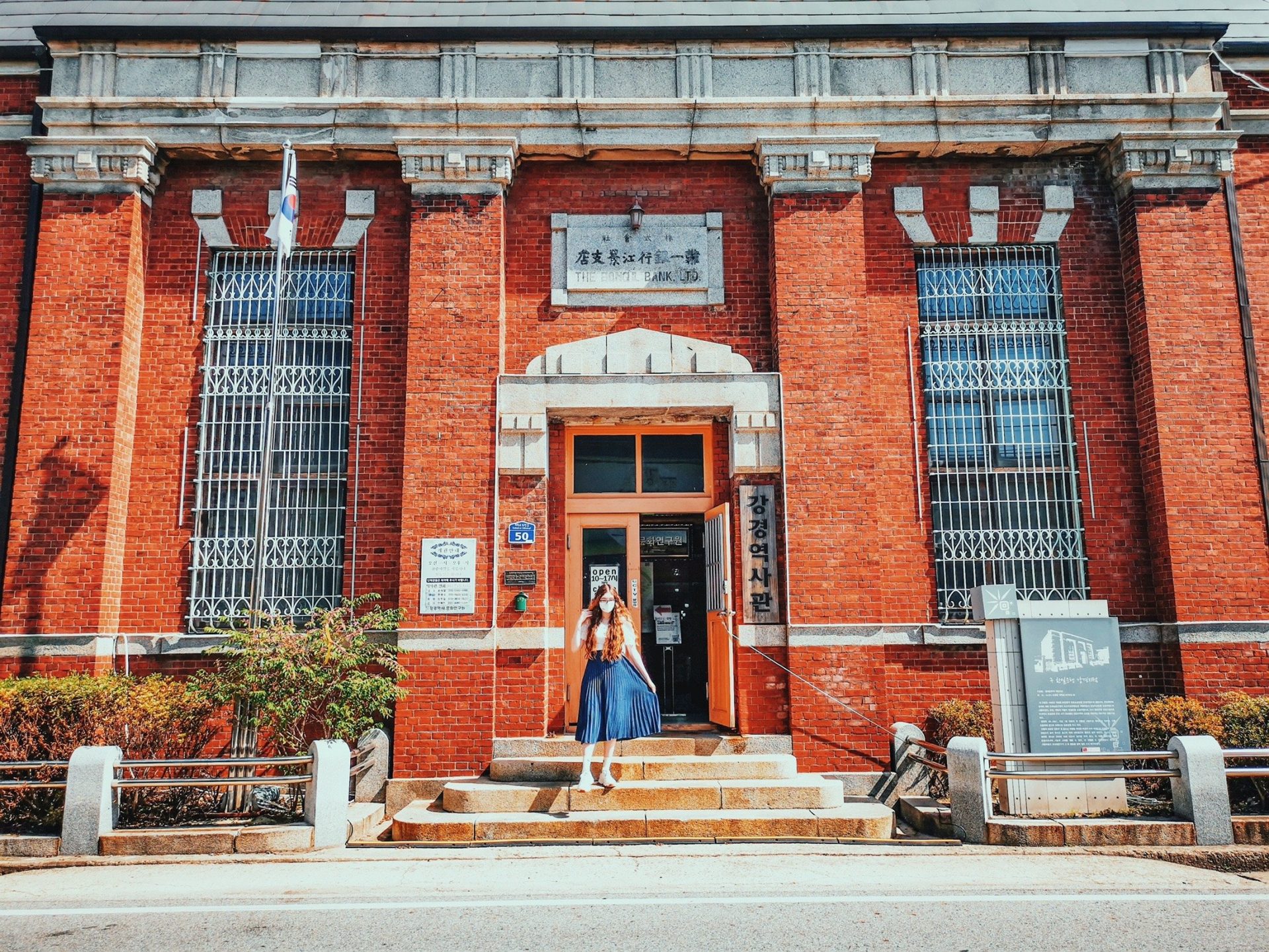 Ganggyeong Modern History Museum: Learn About the Past

Ganggyeong-eup used to be one of the nation’s top three markets during the late Joseon Dynasty. Due to that, we can say that this area played an important role in history. Which you can easily learn about it just by walking on the streets. As it seems that this town is stuck in the old times. As how many old buildings remain intact. But from all of these, the one that stands out the most is the former Hanil Bank. Which is now a Modern History Museum that introduces us Ganggyeong in depth. With all the exhibitions and realistic information that they provide.

Without further ado, let us show you the importance of this building! And talk about its origins.

From a Bank to a Modern History Museum

Before turning into a Modern History Museum, this majestic red brick building used to be the Ganggyeong branch of Hanil Bank. Which was established in 1911. However, the one at its present location ㅡ which is this building ㅡ was built in 1913. Although there is a theory that it was actually constructed in the late 1910s or early 1920s.

This building reaches 7.2m in height, and it is a single-story. On the other hand, the ceiling is high. Following the construction method that they used for banks in the Japanese colonial era. That is why, they could even create a small open room as a second floor.

The same explanation applies to the exterior and interior design of this building. With its red bricks, granite and an entrance that is smaller than its width. Although it is not confirmed that it is the oldest western-style building, we can tell that it is one of the few that are remaining in Ganggyeong.

Other interesting fact, is that this branch had to change its signboard to ‘Dongil Bank’ and ‘Chohung Bank’. Due to the constant checks and interference of the Japanese Government-General of Korea. Against national capital-affiliated banks during the Japanese colonial period. That is why you can see that the letters are overlapped.

This former Ganggyeong branch of Hanil Bank became the Cultural Property No. 324 in 2007. And as we mentioned before, it has turned into a Modern History Museum where we can learn about the old days in Ganggyeong.

A Museum Created by Donors

It is worth to mention that the exhibitions were created by donors: people who lived in the Ganggyeong area. Therefore, you can find tons of items that can visually describe how was the lifestyle back then, in this town.

Of course, these exhibitions are only to see. Which means that you cannot touch any item. As they must preserve it to continue sharing about this important part of history.

Something that stands out of this museum, are the black and white pictures. Which show us how life has changed after more than 100 years has passed. As the timeline starts on the 1900s and it goes until the present days.

But what I liked the most, is that each picture is complemented with some items that were used during that specific period. Allowing you to have a more accurate image of how was everything back then.

The only downside could be that there is no further information to let you know about each historic event in depth. However, you can look for it by yourself. As each picture has a caption and the year it was taken. Making it easy to search for.

Despite that, it is quite entertaining to see each photo and items in detail. As you can let your imagination run wild. Plus there are some objects that you can be familiar with. Leading to a nostalgic atmosphere.

Beauty in Every Corner

Honestly I was surprised at how people can just give away these valuable items. Because they are so beautiful that anyone would like to keep them as a collection. So I guess the people who donated them, take immense pride in the development of Ganggyeong. That is surely why they decided to contribute to this museum.

Definitely no matter where you look at, you will be amazed at how well preserved are each of these antiques. Plus the way that they arranged them, is quite eye catching. Maybe due to the combination of colors?

Of course, this modern history museum would not be complete if they do not introduce us to the most important sites of Ganggyeong. That is why there is a complete hall that shows us brief information on each of these places.

In addition, there are some other antiques for you to admire.

In the second floor, they have more information of some historic spots. So as pictures from the present days. That show us some important projects of this area.

From there, you can see the museum at glance. And as you can notice, it is quite small. But that does not make it less important. It has pretty valuable information that remains unknown for outsiders.

Besides, on the second floor you can find the old bank safe. Which of course, do not have money anymore! As well as some models of important places. Take for example the next picture. Which is the first church site of the Korea Baptist convention.

If you are a big fan of Korean history, then you should not miss the chance to visit Ganggyeong Modern History Museum. Because you will get to know a part of history that is unknown by a lot of people. Since the city of Nonsan is not a tourist destination. Yet it is a city awaiting to be discovered. So why not to take a chance to learn about it?

Have you been to Ganggyeong Modern History Museum? What did you think? Let us know in the comments below. 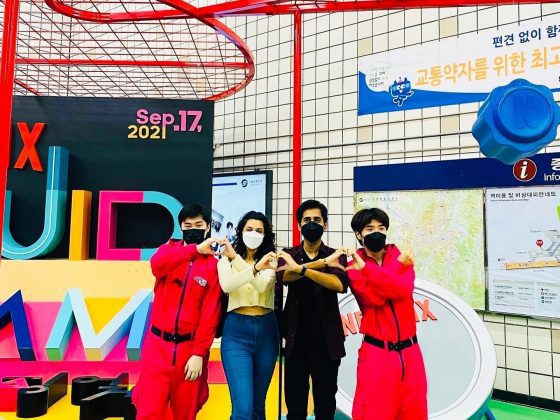 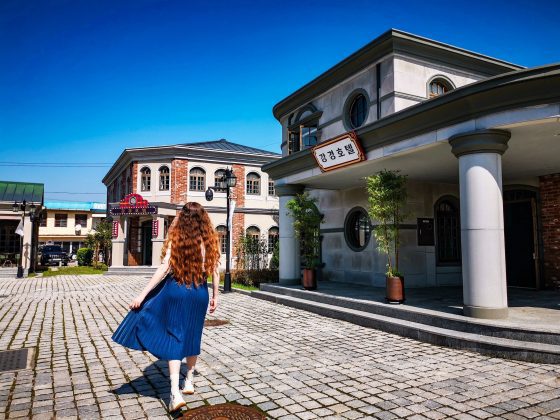