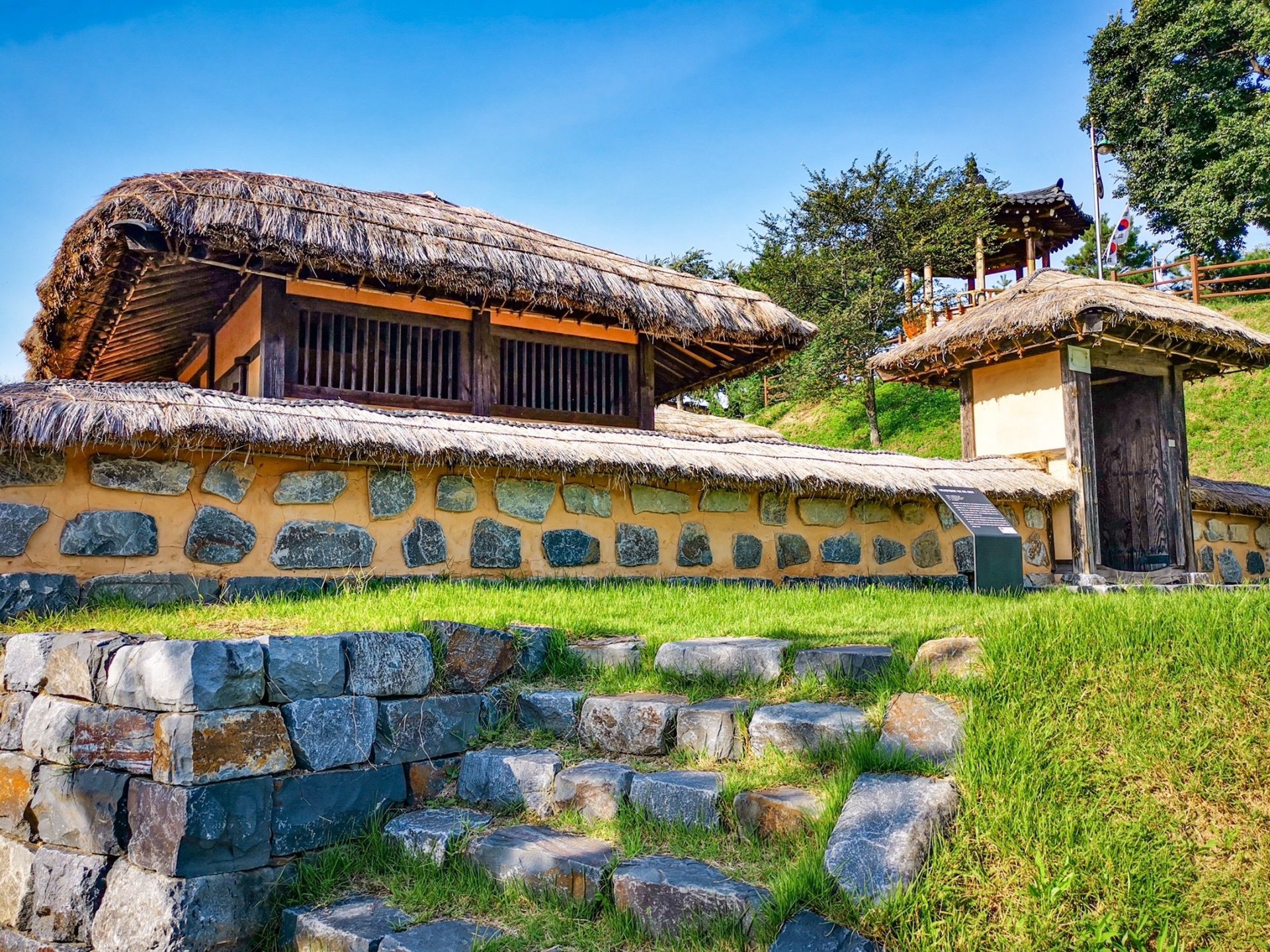 Ganggyeong Baptist Church is the first church site of the Korea Baptist Convention. Which means that this place indeed has historical and religious value. On the other hand, the traditional structure attract visitors from every part of Korea. Not only due to the fact that it is well preserved, but also because it was the first ㄱ-shaped church in the southern area of Han River. Which gives it prestige.

Without further ado, let us introduce you this place!

Ganggyeong Baptist Church site was founded by Pauling ㅡ a missionary from the U.S. ㅡ in 1897. And while it was the first baptist church in Korea, it was also the first ‘ㄱ’-shaped church in the southern Han River area. Through this type of arrangement, the gender distinction was reflected in the Confucian tradition of society. As they said ‘a boy and a girl will not be sitting together after the age of seven’.

But how was this church founded? We are about to explain it to you through a summary of each missionaries’ work! Who took major role in the creation of the Korea Baptist Church.

The Ganggyeong Baptist Church was founded on February 9, 1896. At Ji Byeong-Seok’s house. Along the missionary Edward C. Pauling and his wife, Cheon Seong-nyeo and Amanda Gardeline. And we can say that Edward C. Pauling played a major role in the foundation of this baptist convention site. As he came to Korea due to the influence of Malcom C. Fenwick: an independent Canadian missionary who came to Korea in early December 1889. And then baptized the man who helped him out to create this church.

He came to Korea, along Amanda Gadeline, thanks to the Korean missionary service. Although he went first to Japan, before coming definitively to Korea.

From the spring of 1895, Missionary Pauling and his party stayed in Seoul to evangelize. Even though a lot of people wanted to be baptized, he only baptized one man who appeared to be completely converted: Ji Byeong-seok. A textile trader who was traveling between Seoul, Gunsan and Ganggyeong. And who lend his house for the worshipping activities. To then start the Ganggyeong Church.

Frederick W. Steadman (1871-1948) was born on October 10, 1871 in Billtown, Nova Scotia, Canada. And started his missionary work when he was 25, in 1896. As he came to Korea as a missionary along Alma Elmer and Sadie Ackles. Starting his service in Gongju.

After serving to Korea and Japan for more than 30 years, he retired in December 1933. But he is remembered as one of the important figures from the Korean missionary work.

Missionary Malcom Fenwick (1863-1935) was in charge of the ministry and property of the Ella Sing Missionary Society in Chuncheong Province, including the Ganggyeong Church. After F. W. Steadman returned to the United States in April 1901.

Pastor Lee Jongdeok is the perfect example of devotion. As he did not evacuate after the Korean War in 1950. As he wanted to guard and protect the church. Even if it cost his life.

Ignoring the danger, he even visited the People’s Committee and the Home Office to deliver a handwritten business card. Despite the fact that the communist party already had occupied Ganggyeong.

That led to his dead, of course. Since on the night the communist party retreated on September 28, he was arrested and got shot. Becoming the first saint of the Holy Land Church with 66 years of martyrdom in a reed field along the Geumgang River.

Even though many years have passed, this place remains intact and open to the public. Now being considered as a historic place of Korea Baptist Convention. Where everyone can come and enjoy the religious freedom that we are now living. As there are no more wars, and there is no oppression of beliefs anymore.

It is quite impressive to see how far Korea has come as a country. Who would have imagine back then that people could come here and enjoy a peaceful day while practicing the religion. It kind of looks like a dream instead of reality.

Here, regardless of your religion, you are allowed to enter and admire the traditional structure of this place. And not only that, you can even rest inside with no problem. Actually, the day I went there was a chorus practicing inside. A beautiful scene to witness as an outsider.

No matter where you look at, this place is stunning. But my favorite view was indeed from a small hill that is next to it. Since we can appreciate a panoramic view of this church and the green landscape as a backdrop.

Whether you are religious or not, visiting the Ganggyeong Baptist Church will not be a mistake. Since after all, it is part of the history that makes Ganggyeong what it is.

If the history of this place does not convince you, what about the surroundings? As you can find it right in Ongnyeobong Park. Which is indeed one of the best scenic spots in Nonsan.

In case you want to know more about this park in depth, you can read the next article! 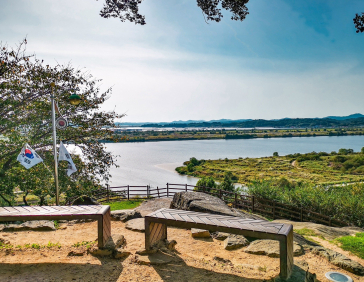 View Post
Being one of the best scenic spots in Nonsan, Ongnyeobong Park is ready to show you some of the most breathtaking views from the city. So as from the clear Geumgang River. Where some…
View Post
Share
0
0
0

From Nonsan Station, you can take bus no. 101. And wait for 19 stops. To then get off at ‘강변타운’. From there I would advise you to use a map. It is actually only 12 minutes away on foot, but can be confusing as it is a neighborhood.

Ganggyeong Baptist Church is a place that everyone who is interested either in religion or history should visit. Since you will be able to learn about the past through its exhibition. Plus the architecture of this place is stunning. Very traditional. Above all, this place is in a famous park of Nonsan. Which is Ongnyeobong.

Have you ever been to The First Church Site of the Korea Baptist Convention? What did you think? Let us know in the comments below. 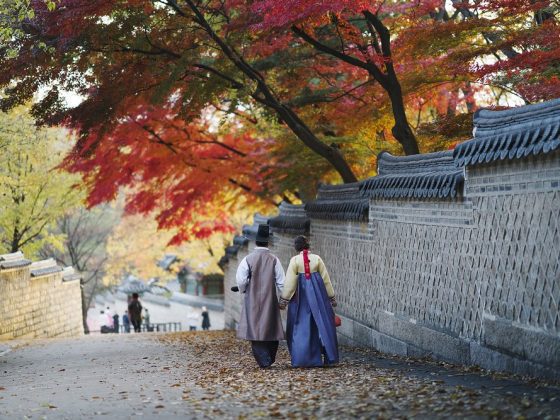 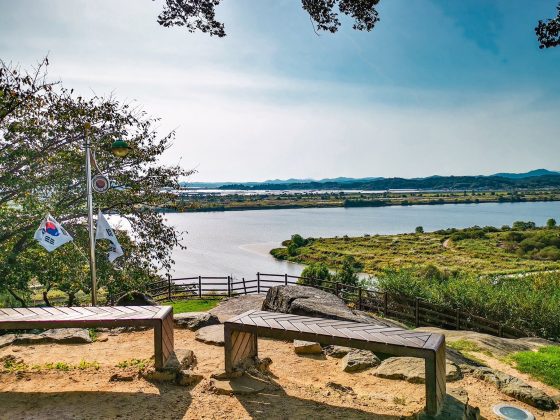