South Korea is well known for its food, especially a set of fried chicken and beer (a.k.a Chimaek in Korea)! Having tried the handmade fried chicken for a long time, there is something new in this era of AI! Robert Chicken made his kick-off of business in March 2020 and has immediately become a popular restaurant in Gangnam district. It is the first to make fried chicken with robots! We were curious about the taste, so I come for the robot performance here! 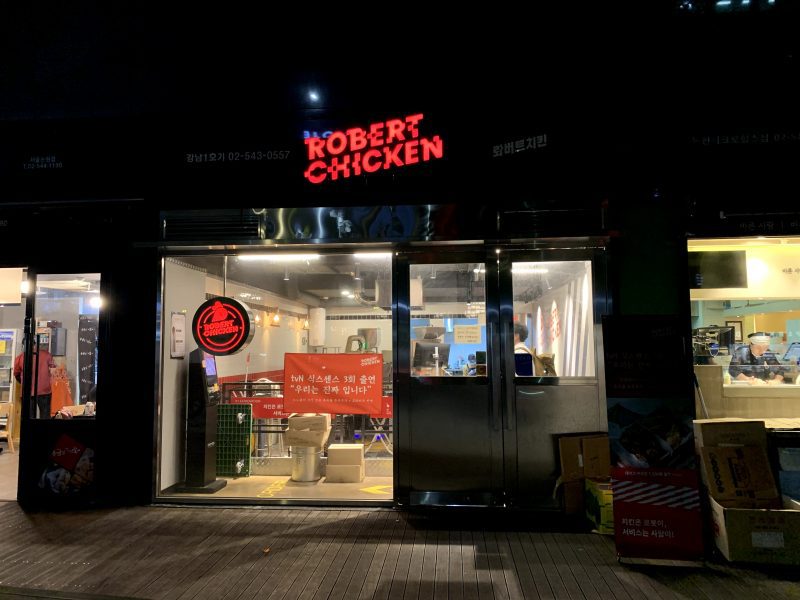 It was already 18:30 here. Staff are so busy to answer phone calls of delivery orders. To start with, we had to order by ourselves through the self-help machine. There are 7 choices here, including fried chicken with chilli crab sauce, black pepper, soy sauce and honey. We ordered the combined set of the original one and the one with spicy sauce. 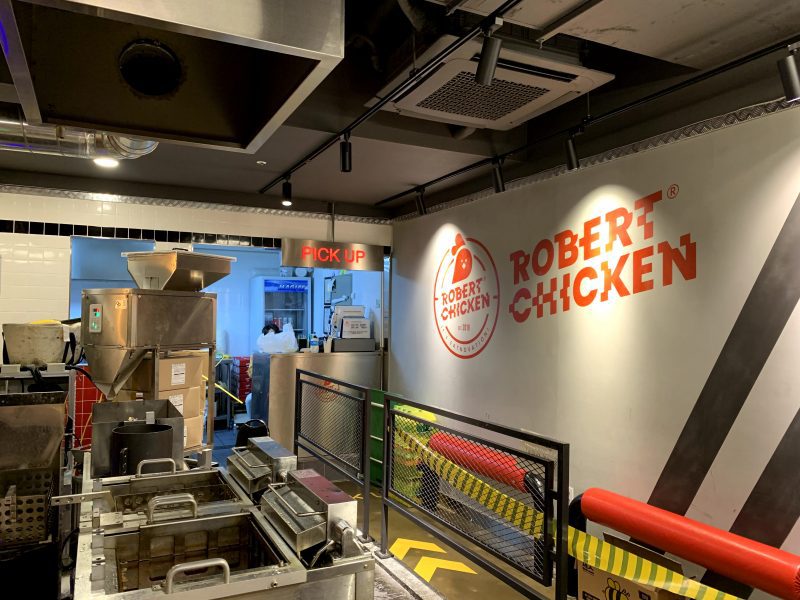 The machines occupy two-third of the area in the shop. The entire cooking process took around 30 minutes. We, the customers, can only stand outside the gate and watch the performance. 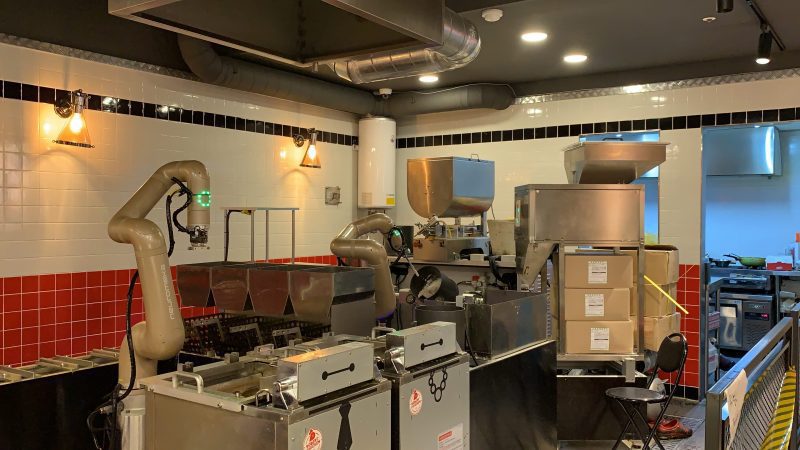 Table of Contents
The Cooking Process
Review
How to get there

The staff put the raw chicken in a bucket. The robot on the right took the lead soon after the staff pressed the button and made some modification of programming. The machine poured the bread crumb into the bucket. The bucket kept turning. The robot on the right side stirred the chicken to make sure the crumb well stuck on the surface of the chicken. 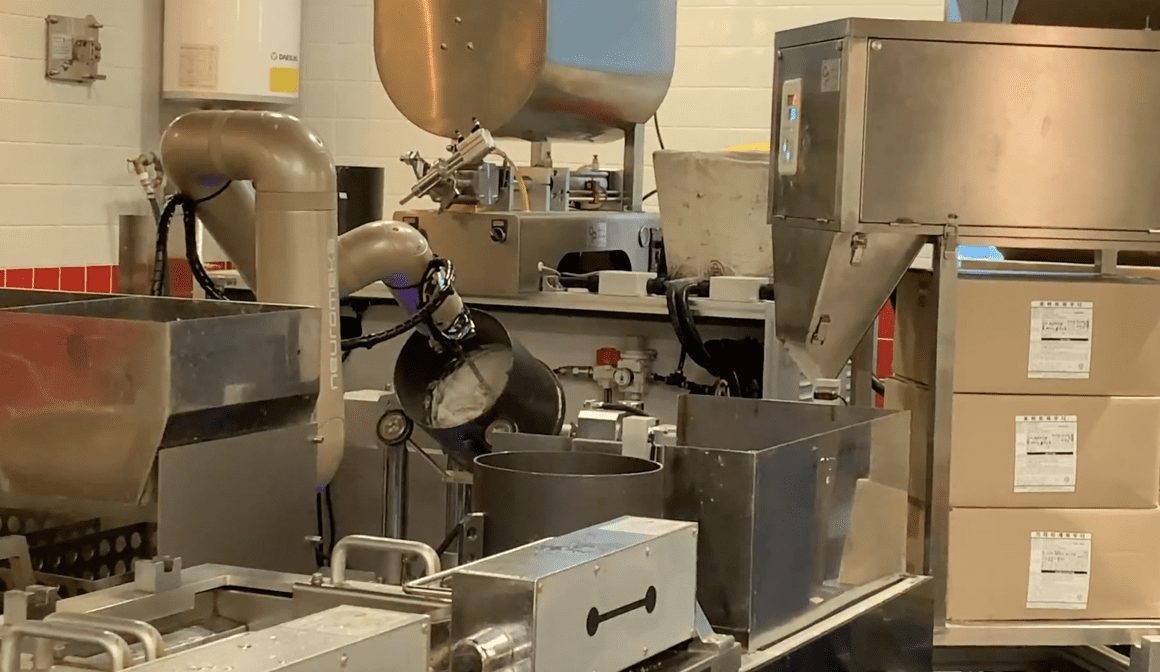 Then the robot on the right transfer the chicken into the left side by putting them in the frying machine. The robot on the left took the next step since then. It controlled the movement of the basket upward and downward. 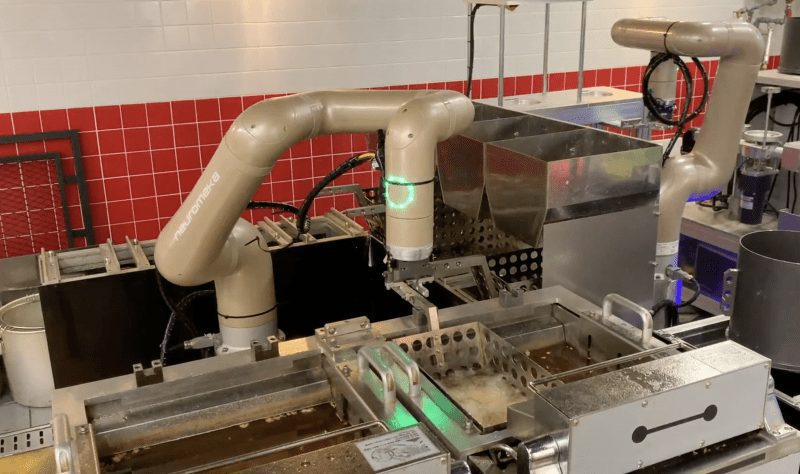 After a while, it stirred the chicken to make sure they are not overcooked. This step took the longest time during the whole process. After that, the robot on the left kept holding the basket for a while to dry the chicken off. 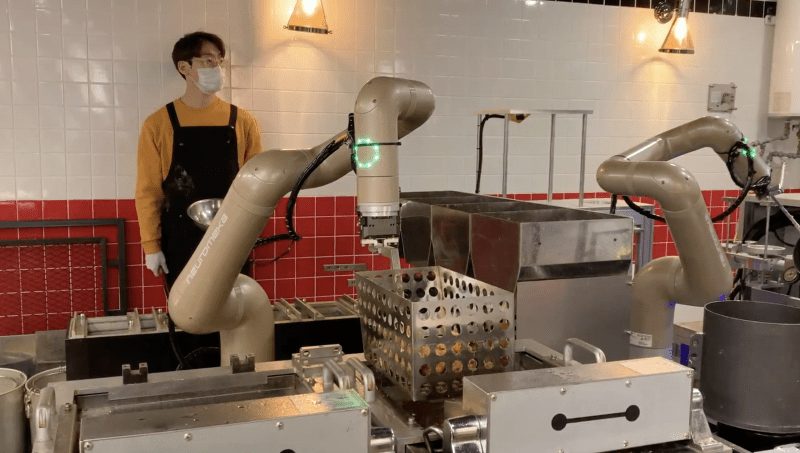 At the same time, the robot on the right had already cleaned the used bucket and started to stir the next chicken with bread crumb. Lastly, the staff took the dried-off chicken, and another staff mixed the chicken with our selected spicy sauce. 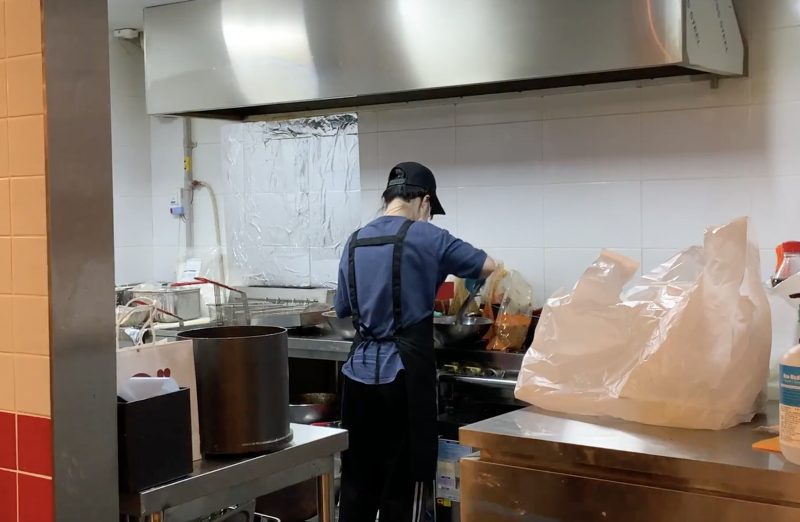 Finally, it’s done! However, as the restaurant only offered takeaway service, so we had our meal outside, which actually was the bench outside the CU convenience store nearby. 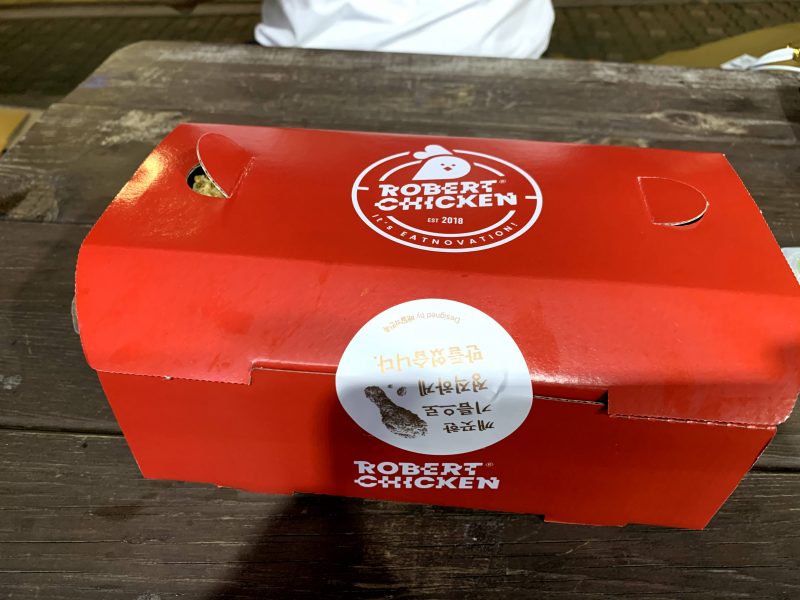 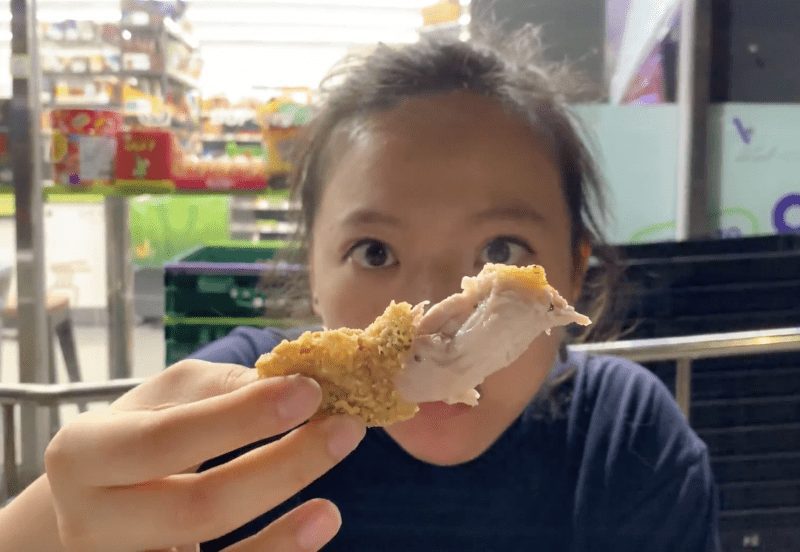 For my review, the layer of the bread crumb was thin and the chicken was juicy. The spicy sauce with the peanuts is well created. The amount was just fit for two people. It was really delicious but it seems there isn’t a big difference between a handmade one and robot one. 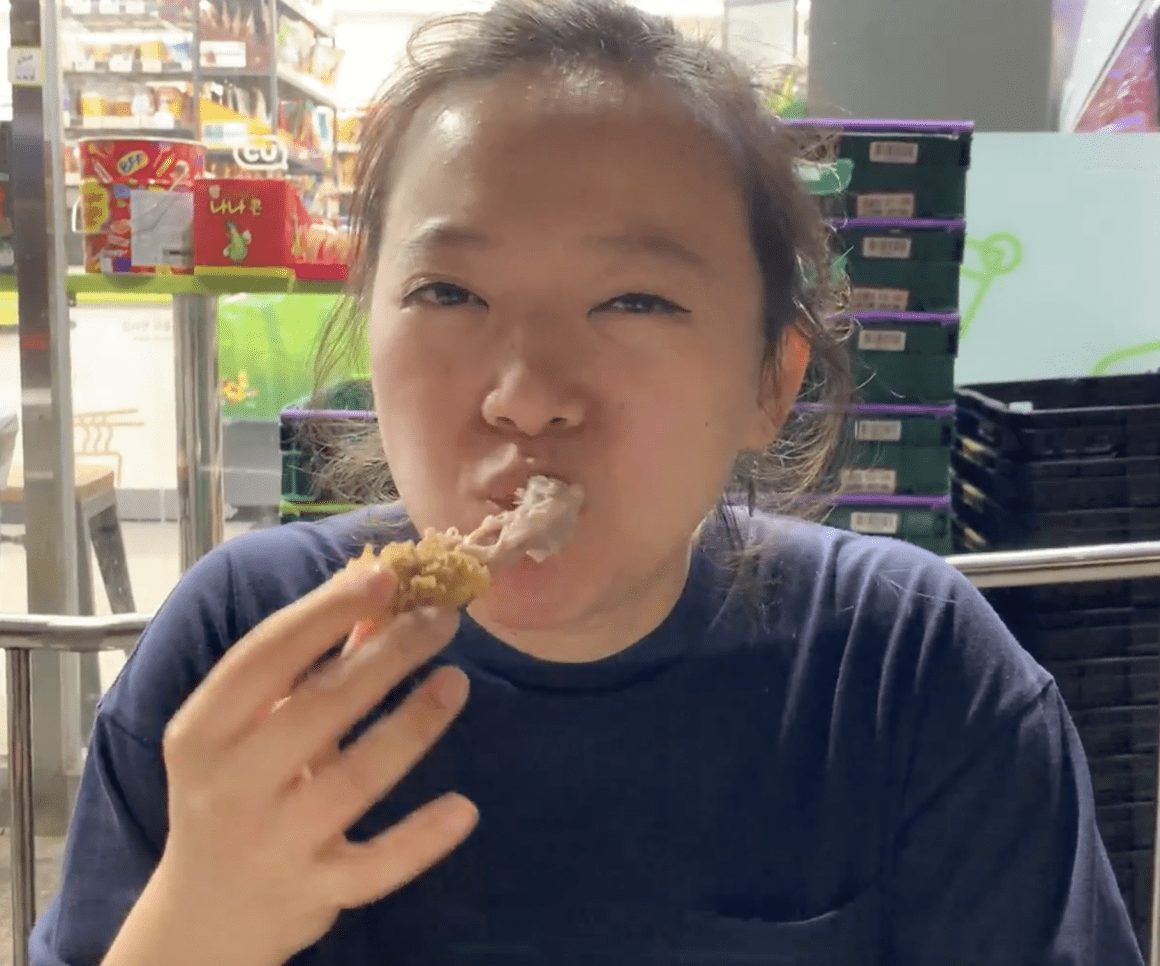 For the whole visit, please watch my latest video about my visit of the Robert Chicken on Youtube.

Hi there! This is Lok from Hong Kong. I am a personality, language learning and travelling enthusiast! I am doing a lifelong cultural exchange journey in South Korea! Welcome to join my ride! 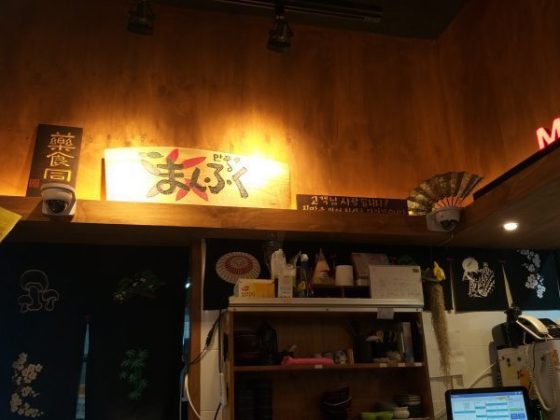 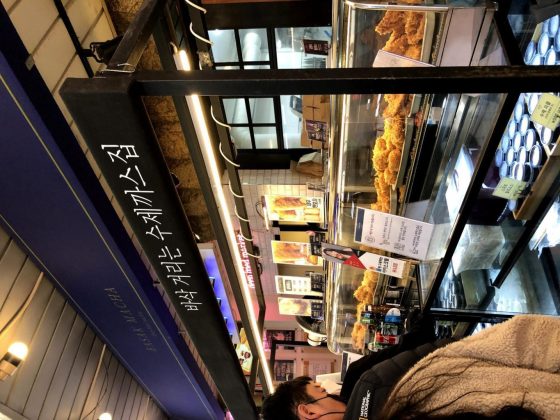