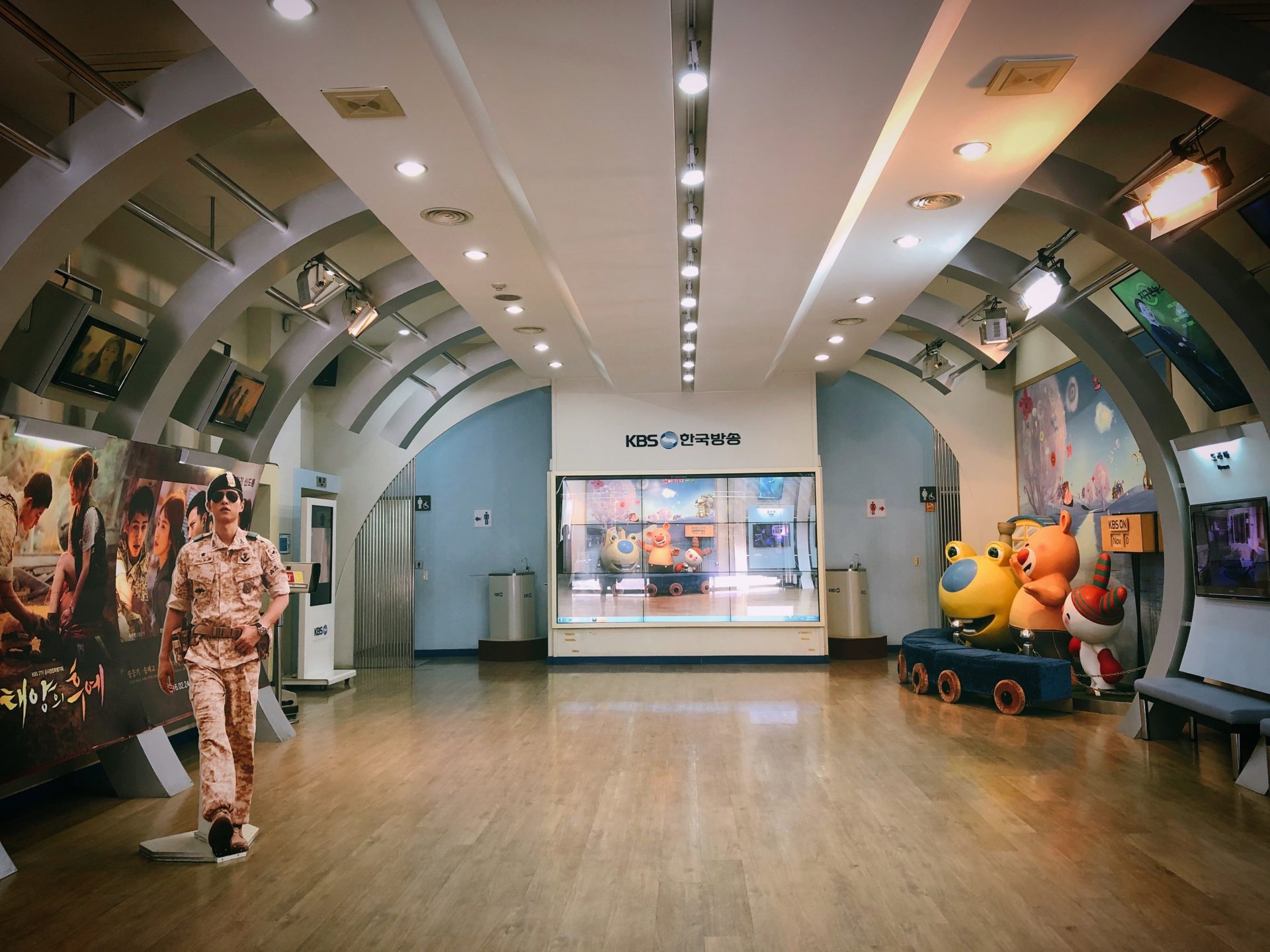 Have you ever visited KBS, one of the largest national television networks in South Korea? If you’re a fan of K-pop, K-dramas or variety shows, the KBS ON Experience Hall should be at the top of your travel bucket list!

Korean Broadcasting System (KBS) is one of Korea’s largest television networks. Founded in 1927, KBS produces television, radio, and online content. It is a public corporation funded by the government of South Korea but did you know that KBS building has interactive areas for tourists on-site?

Before entering the building, you will see a radio station on the left side of the entrance. If you take a peek through the windows, you can see a live radio show being recorded.

The KBS ON exhibition hall is Korea’s first exhibition hall dedicated entirely to broadcasting. The KBS Exhibition Hall was first opened in 1977 and is located within the KBS building. Here, you can discover the history of the Korean broadcasting industry whilst getting a taste of what is to come.

Inside the hall, you can experience a FREE Hallyu Tour! Great, right? When entering the lobby, you will be welcomed by a standee of Song Joong Ki, star of the popular Korean drama, Descendants of the Sun). Of course, don’t forget to take a photo with Song Joong Ki before the tour begins!

As you walk through the hall, you will see posters from some of the greatest of KBS shows. Keep an eye out for your favourite K-dramas!

One of my favorite stops is the hologram corner. The exciting part here is, you can join your favorite artists on the screen and take photos with the casts of Descendants of the Sun through a hologram.

You’ll get the chance to visit the voice dubbing corner on the tour. Here, you can bring a cartoon show to life with your own voice! Simply read the script (in Korean) that appears on the screen and await hilarious results.

You can also experience what it is like to be a news anchor. Similar to the voice dubbing corner, you are given a Korean script to read via autocue. Channel your best news voice! (no pun intended.)

KBS network also broadcasts Music Bank, one of the top music shows in Korea. While fans cannot enter the Music Bank building, you may get the chance to see your favourite idols in person. I was lucky that many K-pop idols had a performance on the day I visited. My friend and I were able to see almost all of them up close!

Hit Korean dramas such as Winter Sonata, Dream High, Boys Over Flowers, Love in the Moonlight, Oh My Venus, Go Back Couple, The Endless Love, and Descendants of the Sun are aired by KBS.

Anyone who loves K-drama or K-pop should definitely consider visiting the KBS hall. My KBS ON experience was really fun. I got to be a newscaster for KBS9, be on-screen with my favorite Korean actors and actresses and dub for a cartoon show.