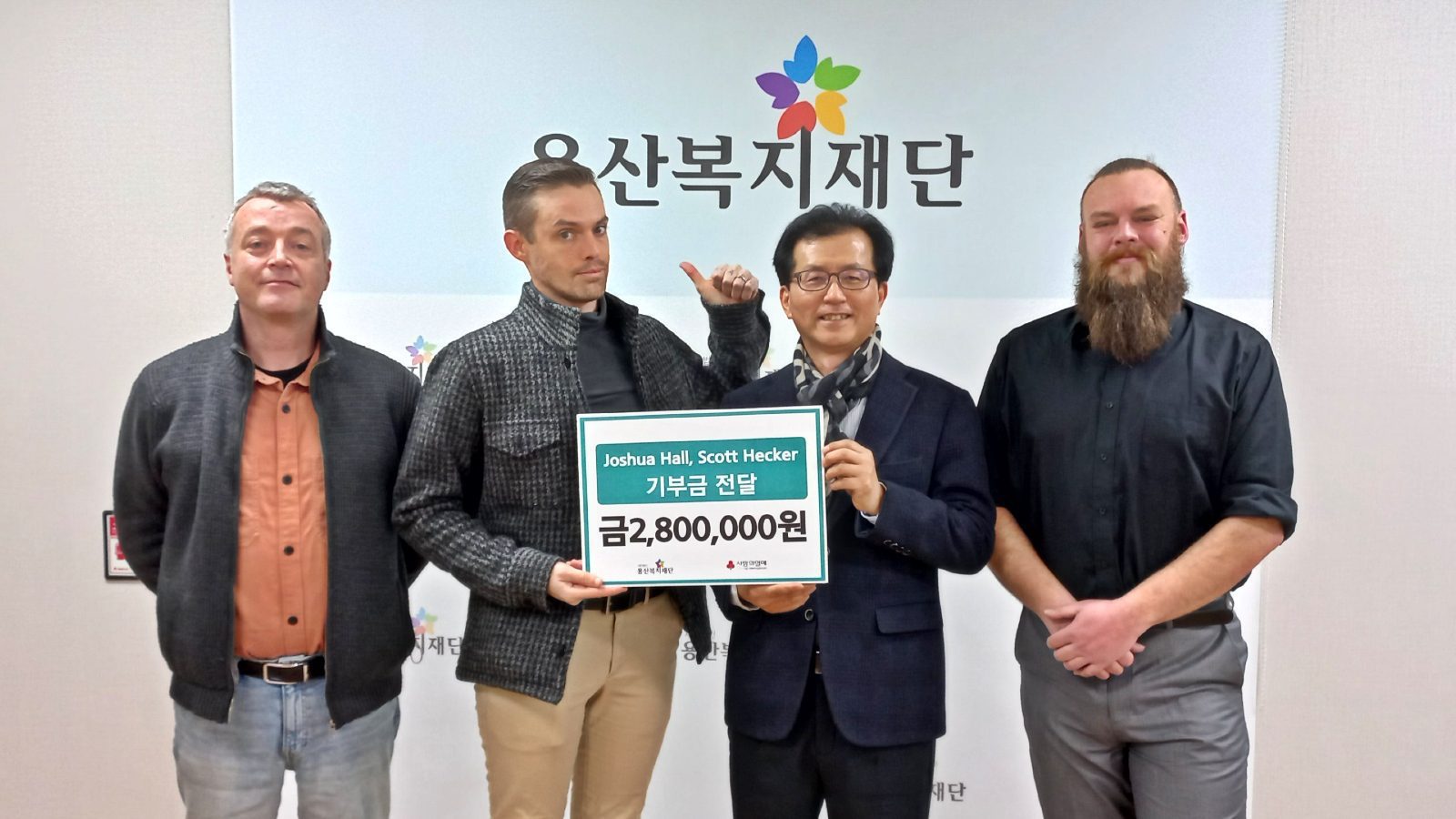 After months of navigating through political and legal barriers, foreigner owned business, Reserve by Nordic Frost, has donated 7.8 million KRW to the families of foreign victims of the Itaewon Crush with the help of a dedicated Ministry of Foreign Affairs employee. 2.8 million KRW was donated to the Yongsan-Gu Welfare Office. Meanwhile, the remaining 5 million was donated directly to the family of a victim through the Vietnamese embassy.

The Need For Community Funding After the Itaewon Crush

On October 29, 2022, inadequate crowd control at an annual Halloween celebration in Seoul’s Itaewon neighborhood led to the death of 159 people. Itaewon is well known as Seoul’s largest international district and is regarded as the heart of Korea’s immigrant and expat communities.

In total, 26 individuals of foreign nationality lost their lives in the tragedy, and 15 were hospitalized. The government then promised a total of up to 35,000,000 KRW to each victim’s family to cover funeral costs. However, this led to a unique set of obstacles.

The logistics of transporting the deceased and distribution of government assistance landed on the shoulders of embassies. Families of foreign victims reported language barriers, a lack of consideration for religious and cultural burial practices, issues with Korea’s closed banking system, and a lack of knowledge concerning unique political situations.

Notably, many of the foreign victims were practicing Muslims. According to religious and cultural practices, cremation was not an option. Cremation is the standard in Korea, and so funds were allocated with the price of cremation in mind. Transporting a body overseas is often more than the amount promised. Additionally, remains had to be transported back within certain periods of time for a proper burial to take place. As a result, families were unable to remain in Korea and wait for government assistance to be processed.

Another unique situation families faced resulted from the ongoing war between Russia and Ukraine. Four of the 26 foreign nationals who lost their lives were Russian. At the time, all air travel between Russia and South Korea was discontinued. The only form of transportation between the two countries was a ferry that operated once a week, but it lacked proper facilities to transport remains. This led to an extremely expensive and difficult trip for Russian families.

Unable to get the help they needed in time through official channels, many families and friends turned to social media to ask the community for help. Unfortunately, it soon became difficult for those wanting to help to tell which fundraising efforts were legitimate.

Nordic Frost and the Fight to Raise Community Funds

Thankfully, a foreign-owned business, Reserve by Nordic Frost quickly came up with a solution to the fundraising mayhem. The business immediately launched a collective fund to send money to the families of foreigners who lost their lives in the Itaewon Crush.

A post shared by Reserve by Nordic Frost (@reservebynordicfrost)

Volunteers sold coffee as Nordic Frost absorbed the costs of production. For over a month, the small business donated all of its coffee sales and raised funds. However, they soon realized that doing charitable acts was not going to be easy as the tragedy became politicized.

Shortly after KoreabyMe publicized the fundraiser on our website, we were contacted by the Ministry of the Interior and Public Safety. They told us to take the article down. Reserve by Nordic Frost was also contacted and told to cease their fundraising immediately.

Together, Nordic Frost and KoreabyMe staff reached out to contacts at the Ministry of Foreign Affairs and the Korean Parliament. We were able to get confirmation that Nordic Frost could continue fundraising up to 10,000,000 KRW. In the meantime, the Ministry of the Interior and Public Safety went under investigation and multiple staff members were dismissed.

From the beginning of November, until now (January 19, 2023), Nordic Frost Korea’s co-founders Joshua Hall and Scott Hecker have been working one-on-one with a dedicated staff member at the Ministry of Foreign Affairs to be able to legally distribute the money they raised.

On Wednesday, January 18th, Reserve by Nordic Frost’s cofounders met with the head of the Yongsan-gu Welfare Office (용산복지재단), Gyeong-jik Lee (이경직) and personally handed over 2,800,000 KRW in community-raised funds. The money will be used to support and assist those affected by the tragedy.

The head of the Yongsan-Gu Welfare Office also confirmed that they will continue to cooperate with Nordic Frost to distribute funds as more money is raised. In addition to victims’ families, there are also foreigners who were injured during the Itaewon Crush with remaining hospital bills, and foreign owned businesses in the area that may be in need of financial assistance.

In addition, 5,000,000 KRW was distributed to the Vietnamese Security for Citizens Department at the Vietnamese Embassy in Seoul. Those funds will go directly to the family of a Vietnamese student whose family has had difficulties collecting government assistance.

If you would like to read our original article on fundraisers immediately after the Itaewon Crush, Click Here.