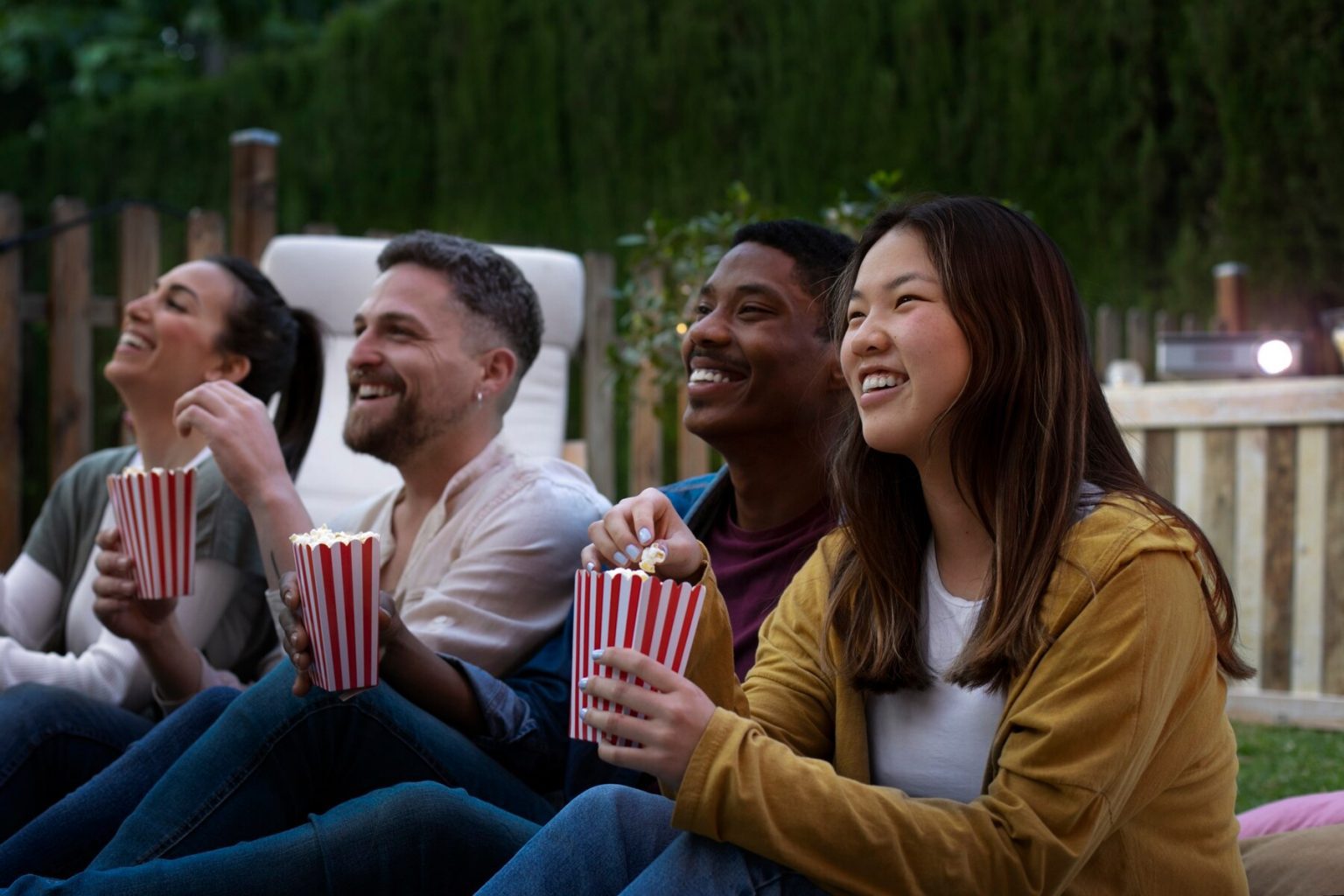 Following international hits like Train to Busan and Squid Game the Korean film industry is gaining more and more recognition. And, with that Korean film festivals are also getting bigger and bigger each year. Here are three of Korea’s best film festivals that K-drama lovers won’t want to miss during their stay in Korea!

Intro to Film Festivals in Korea

Just a few years ago it was rare to find someone who had watched a Korean film who lived outside of the peninsula. However, a lot has changed – it would actually be strange to find someone who has never come across Korean dramas or movies. Parasite, Train to Busan, Squid Game, and All of Us are Dead are just a few Korean films you’ve likely seen or at least heard of.

However, none of those international hits are actually typical Korean films. Actually, Koreans tend to prefer light-hearted romantic comedies. The place where you can find the highly creative and dystopian style that Korea has become famous for isn’t in your local theatre – it’s at the film festivals.

Film festivals are where independent filmmakers have a chance to present their work and possibly break through to become mainstream directors. There are competitions where creative works from all over the world compete with each other. In addition, festivals are the best place to see not only the latest trends but also the cinematic diversity of Korean film.

The Busan International Film Festival is recognized as the most important showcase for the Korean film industry. And, is one of the most important entertainment events in Asia. In 2006, the Asian Film Market was launched at the Busan International Film Festival to promote South Korea as the center of Asian cinema and a major hub of the global film industry.

The festival was first held in 1996 and is accredited by the International Federation of Film Producers Associations (FIAPF). Being a member of this organization means that awards are internationally recognized and that all films must adhere to certain regulations.

This festival is designed to:

As part of the Busan Film Festival, in addition to the main events, there are also lots of other activities. There are special screenings of films, concerts, master classes, networking events, and live performances.

This year (2022), the Busan International Film festival is scheduled to take place from October 5th through the 14th. You can find out more about the festival on their homepage, by Clicking Here. Additionally, attending the festival does require a pass. In past years, ticket sales began about one month before the event, in September.

Whereas the Busan International Film Festival is more of a prestigious event that often attracts A-list celebrities, Jeonju’s festival is much more international and draws a younger, more socially-conscious crowd.

The Jeonju International Film Festival usually takes place in late April or early May at the Kosa-dong Theater District on Kino Street. The organizers of the festival select some of the most interesting and cutting-edge films from around to showcase during the event. Here you will find a lot of films that artistically cover controversial topics and dive into social issues.

Plus, they plan various entertainment programs, many of which center around exploring new ways of showcasing film. In particular, the 2022 Jeonju International Film Festival partnered with Zepeto, a social metaverse platform. Some of the festival’s films could be viewed remotely from a theatre in the metaverse.

The festival takes place in an area where a large number of cinemas are concentrated. Every corner literally breathes culture and exudes strong cinematic energy. Don’t miss the chance to discover the world of unusual and creative cinema this spring at the Jeonju Film Festival!

Bucheon International Fantastic Film Festival (BIFAN) is all about creativity, imagination, and pushing boundaries. It first began in 1997 in defiance of the government’s strict media censorship laws as Korea was transitioning from a military government to a democracy. Currently, this festival in Bucheon is considered one of the 3 largest fantasy film festivals in the world.

Renowned international directors such as Christopher Nolan (Inception, The Dark Knight), Peter Jackson (The Hobbit, Lord of the Rings), and Jang Joon-hwan (Camellia, 1987) have presented their films at the festival. In Addition, beginning in 2016, BIFAN included VR and XR film content, making it one of the first film festivals in the world to do so.

BIFAN shows films from all over the world and attracts a large, but niche audience. All of the films you’ll find at this festival are rich in imagination and personality. From heart-pounding thrillers to Sci-Fi in VR, and storylines that will leave you with more questions than answers, you’ll undoubtedly be left amazed.

To learn more about the festival, Click Here. Tickets can be purchased online or in person. Sales normally begin one month before the festival begins.

If you love Korean films but can’t travel all the way here for a festival, Click Here to learn about 10 websites where you can find even the most obscure Korean dramas and films with English subtitles.