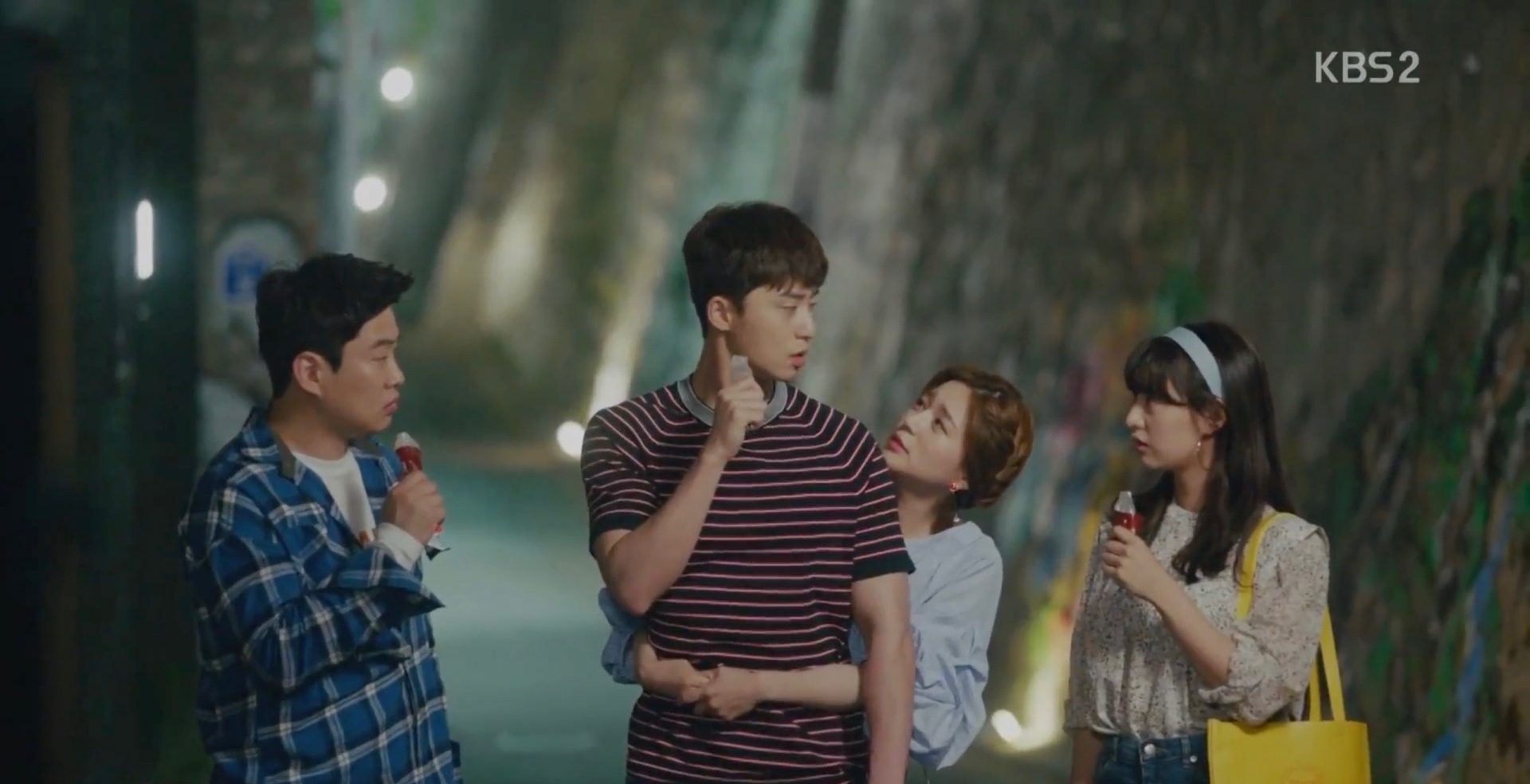 Fight For My Way Kdrama Filming Locations in Seoul

Do you believe that friendship is a strong foundation of a romantic relationship, and that best friends can become lovers, too? If you do, then you should definitely watch the Korean drama “Fight For My Way” starring Park Seo-joon and Kim Ji-won. It tells a story about two long-time best friends with big dreams but are struggling to survive in their respective careers. And along the way, their friendship blossoms into love relationship.

Many of the scenes from Fight For My Way were actually filmed in Busan. But if you want to have a Fight For My Way-themed travel in Seoul, then here is a list of their filming locations in the city that you can easily visit:

One filming locatoin of Fight For My Way is the Café Dudart. This was featured in the episodes 3, 8 and 16 of the series. The Superman wall with yellow background is located on the back of this coffee shop branch in Hongdae.

Fight For My Way has a lot of little cute scenes starring Ko Dong-man (Park Seo-Joon) and Choi Ae-Ra (Kim Ji-Won). In episode 7 to 8, Ae-Ra sits on the bench outside Deurim Tower looking so down. But Dong-man immediately comforted her and told her to cry comfortably. Deurim Tower is located at Digital Media City, Korea’s IT and Media hub. It is a high-tech complex that houses top Korea media entertainment and IT companies. As a matter of fact, major broadcasting companies such as MBC and SBS have offices and studios at DMC. Thus, it is no longer surprising that many Korean shows are filmed there. Read more about it here.

Another filming location that made an appearance at Fight For My Way is the KBS Building. In the episode 2 of the drama, Dong-man went there to be a substitute for a TV program. The KBS bulding appeared as KBC instead. Moreover, KBS Building also houses the KBS ON Experience Hall where Hallyu fans can a FREE tour at Korea’s exhibition hall that is dedicated to broadcasting. It aims to inform people about the history and evolution of the Korean broadcasting industry. Learn more about KBS ON here.

If you are a fan of Park Seo-joon, you might be familiar with Itaewon Class, right? But did you know that they also filmed a scene from Fight From For My Way in Itaewon? It’s the overpass in episode 1 of the drama.

And lastly, you can also easily visit the Shinsegae Department Store where Ae-Ra used to be an employee. This department store is very accessible and is quite convenient to ass in your itinerary in Seoul as it is located in Myeongdong.

Alarming Debt Defaults Among Korean C...
KIIP Level 5: How to Apply and What t...
Animate: The Paradise of Anime and Ma...
Day Tour in Mangwon: A Simple Itinera...
Seogwipo city - on the other side of ...
How to Set Up Naver Pay
LongBread Anmok - Beach View Cafe in ...
The Secret to Korean Graphics: Miri C...
Total
868
Shares
Share 868
Tweet 0