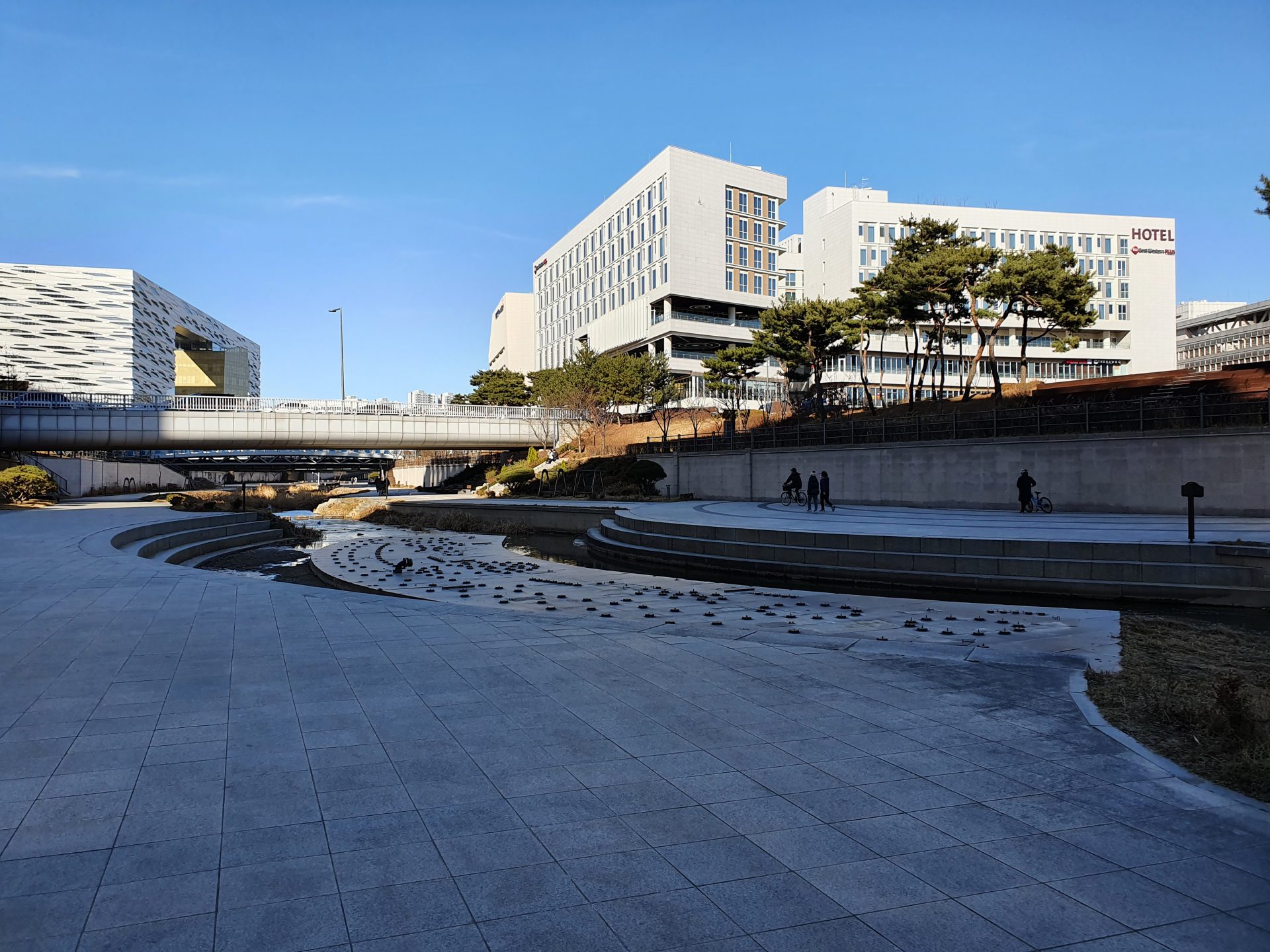 Today we will visit the beautiful Bangchukcheon River Park. Walking around this park you can see most major Sejong City buildings and skyscrapers. The park is composed of different attractions and it has between 10-16 bridges around the riverside. Additionally, the park has a designated bike lane so you can bike comfortably. As well as enough space on the sidewalk for those looking for a calm run.

Sejong City is a new city built by the Korean Government, it is known officially as the Sejong Special Self-Governing City. Today, Sejong is the administrative capital of South Korea with more than a dozen government ministries already having relocated to Saejeong from Seoul. More and more government offices are continuing to be built in an expedited fashion.

One of the things I find most attractive about this new city is its natural, wide-open spaces. But, none are as peaceful and rejuvenating as Bangchukcheon River Park 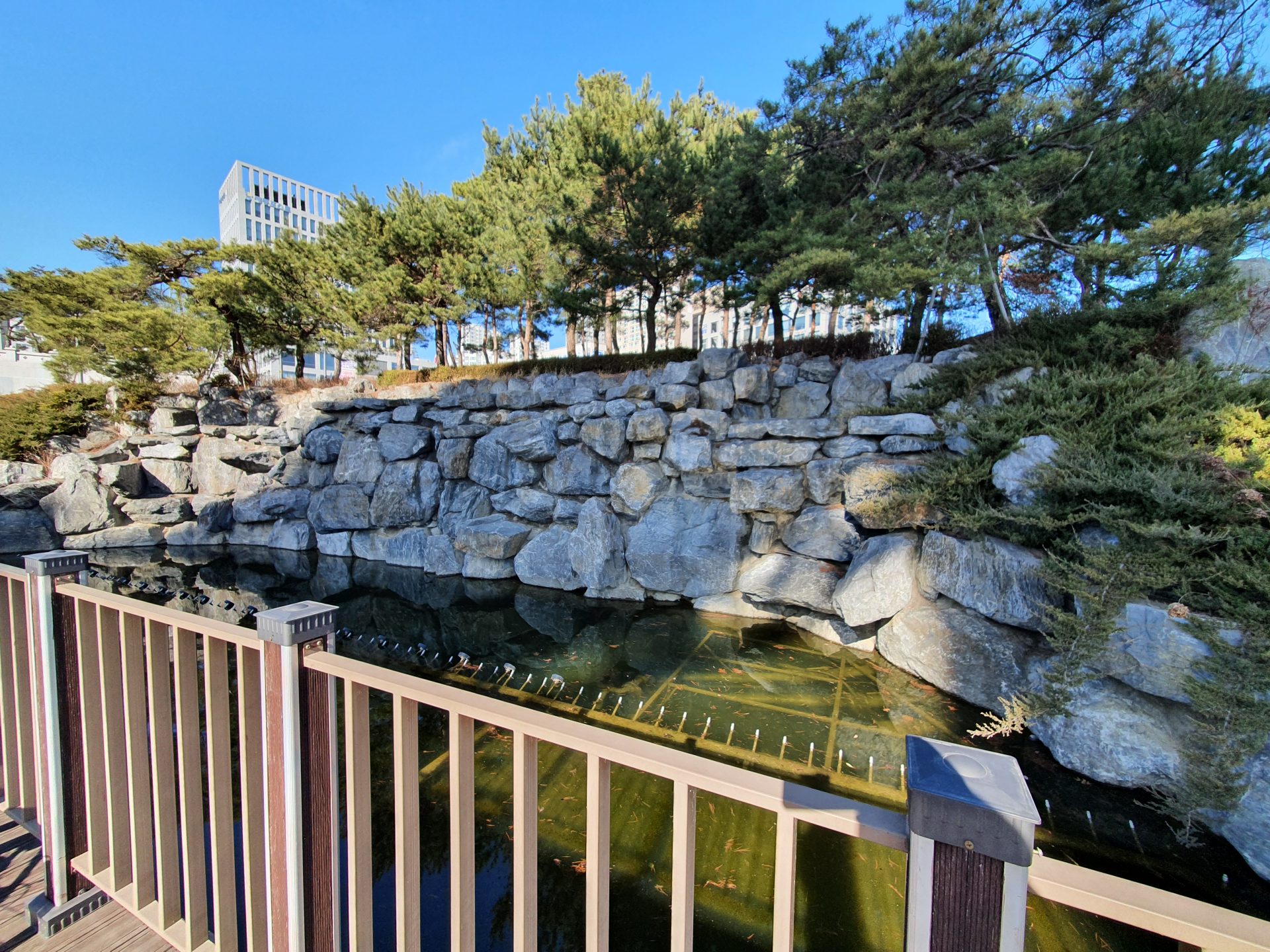 Just at the start of the park, we can find the natural-stone waterfall. From here we can see one of the wings of the Massive Sejong Government Complex.

Although not exactly a waterfall, the media waterfall is an eco-friendly digital sculpture that uses LED technology to showcase various media.

The digital wall shows the Hangeul matrix, which is one of the greatest achievements of King Sejong the Great. Additionally, it has a resting area and a theater. During the night it lights up and offers a nice spectacle.

Just in the center of the park, there is the magnificent King Willow Tree. This massive tree with long, winding branches offers an amazing picture of the city. This tree has its name because it is the tallest of the willow trees and also has bigger leaves when compared to the other willow trees around Korea. 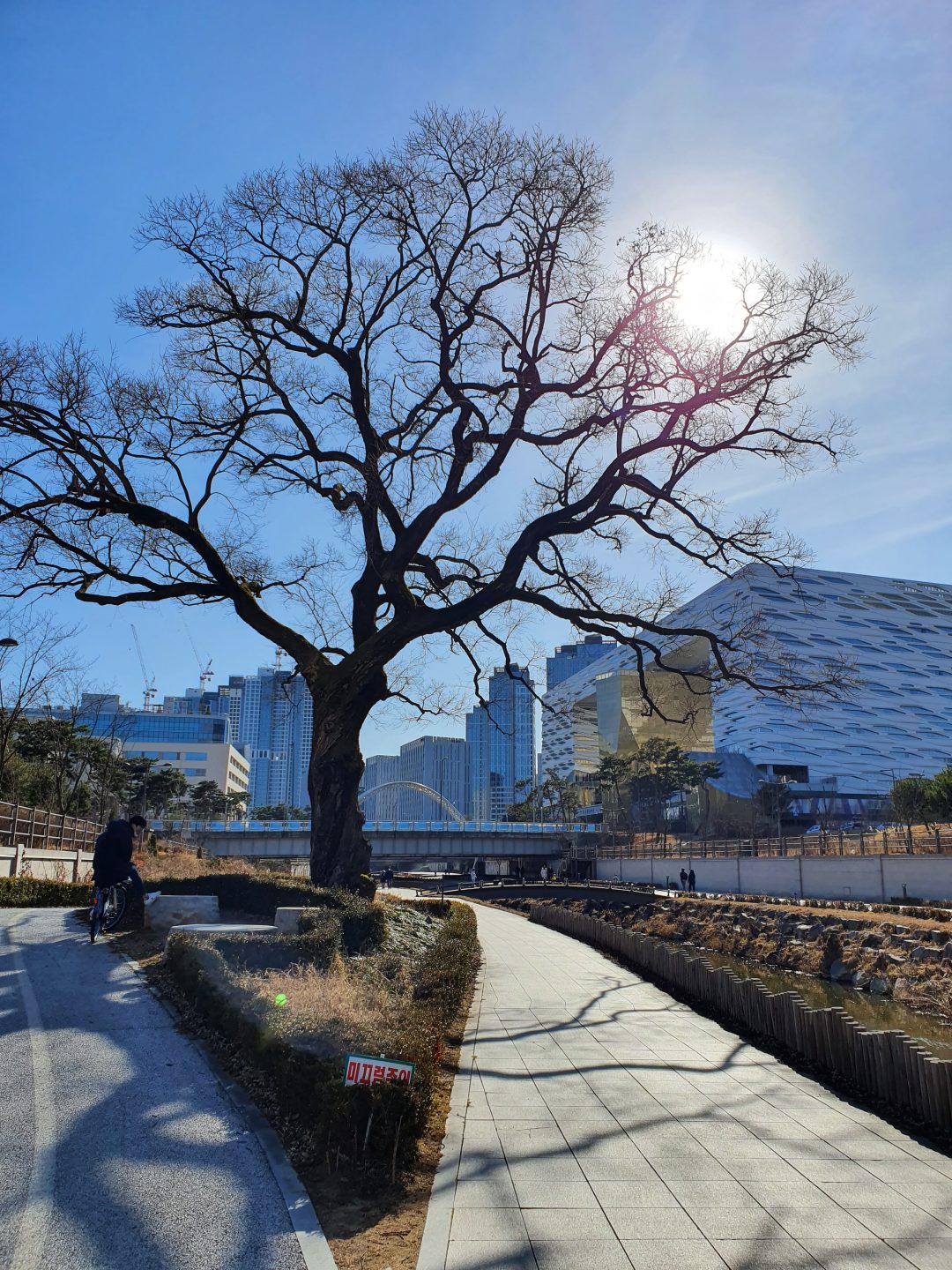 Plus, this tree has a special cultural significance. It is a guardian deity tree (당산나무) which according to Korean traditional religion signifies the spiritual center of a city or village. This is why the tree is located right before all the new Sejong City apartment buildings, malls, and a bridge. It is meant to help guard and bring prosperity to the new city. This makes this spot a nice place to appreciate life in the new city. 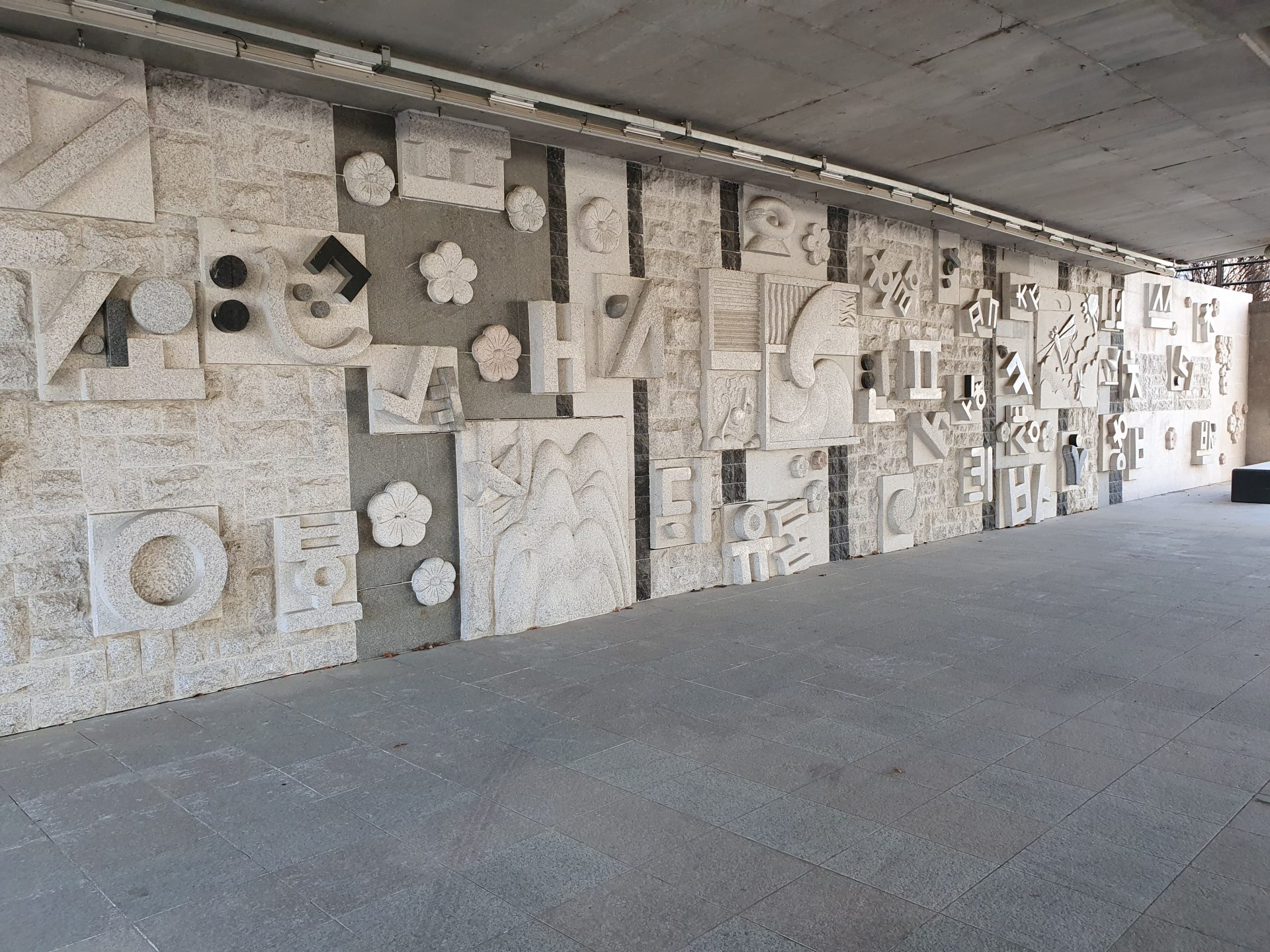 At the end of the park, we can find the last of Bangchukcheon park’s attractions – the Music Fountain. There, you can watch a light show accompanied by some beautiful music.

This is one of the most memorable attractions in Sejong City. This fountain is a very pleasant and friendly place to visit. Local Koreans with their families, as well as groups of friends, gather around the fountain to enjoy the show.

Visiting this park is a very nice way to get to know the different districts of Sejong City, its people, their buildings, and of course some of the meaning behind the creation of the youngest city in Korea. If you want to know more about this park you can go to the Sejong City official page by Clicking Here.

Looking for things to do in Sejong? Click Here to read about the oldest attractions in the new city.