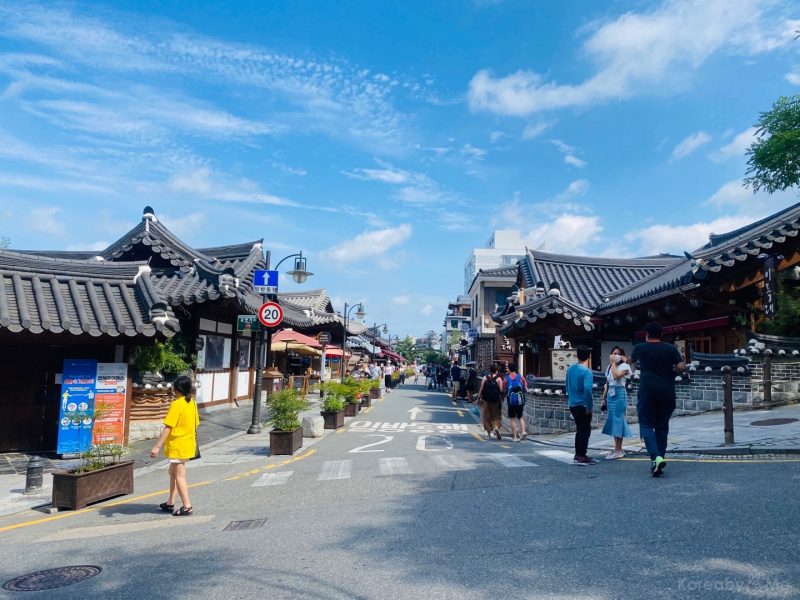 Located in Jeonju city, North Jeolla Province, Jeonju Hanok Village is one of the most attractive places among locals and tourists. It is the place, where the historical and modern atmospheres blended harmoniously. Also Jeonju city is ranked as one of the major tourist cities throughout South Korea. The number of Jeonju village visitors increases from year to year. 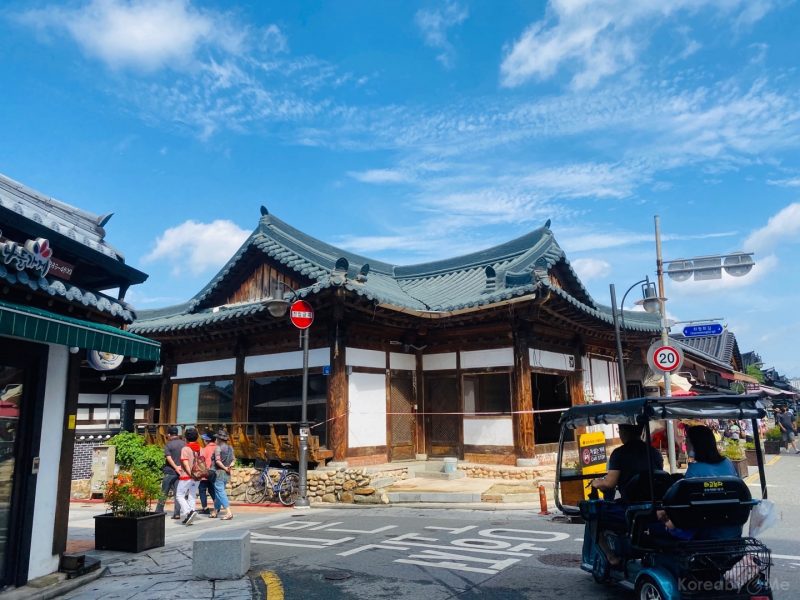 According to the history of South Korea, Jeonju city was once the capital of the Hubaekje Kingdom, that was one of the Later Three Kingdoms of Korea. So, the city played an important role in the history of Korea.

BY KTX TRAIN FROM SEOUL

BY BUS FROM CENTRAL CITY TERMINAL

Things to do in Jeonju Hanok Village 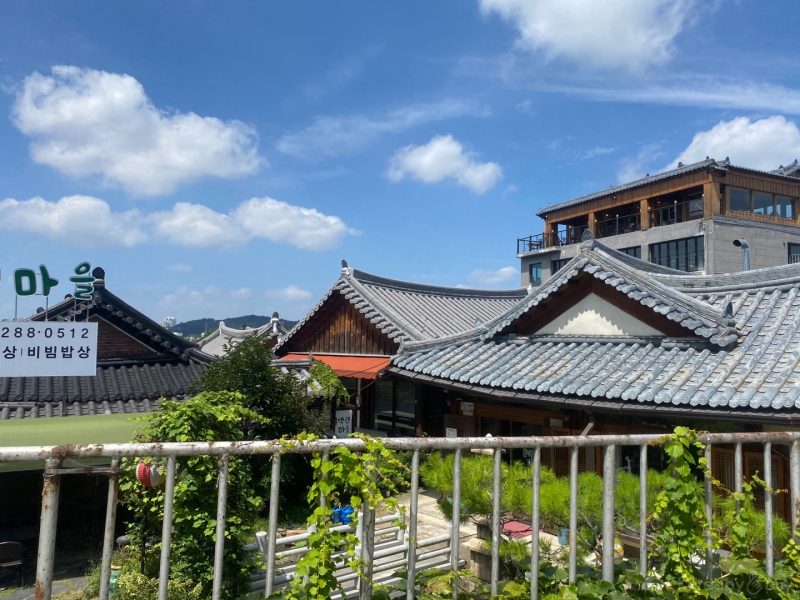 Jeonju Hanok village has around 800 Korean traditional houses. Hanok (한옥) was first developed in the 14th century during the Joseon dynasty. The house is environmentally-friendly, because of using raw materials, such as soil, timber, rock, that can be recycle and would not pollute nature. Another special point of traditional house is an amazing tiled roof (기와). Door and window of Hanok made with hanji. Hanji is Korean traditional paper, lubricated with bean oil, making it waterproof. So, windows and doors of Korean houses are beautiful and breathable. Moreover, Hanok has unique features – cooling and heating systems. Considering peculiar properties of the weather in Korean peninsula, Hanok houses were built in such a way, that Koreans could survive cold winters and keep the house fresh during the hot summer. Ondol or gudeul is underfloor heating system and Daecheong is a cool wooden-floor style hall. 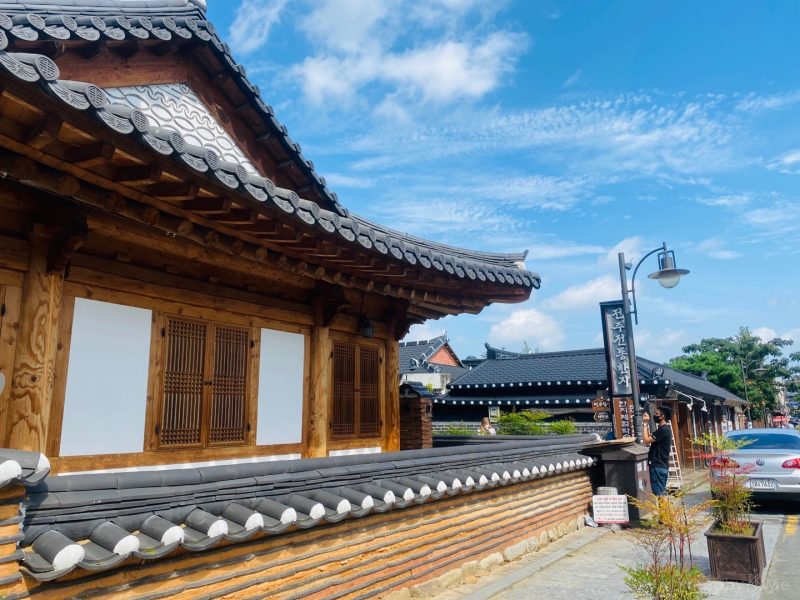 Depending on regions, there are some differences of Hanok shape. For instance, in the warm southern region Koreans built Hanok in a straight line, like the number 1, with many windows and open floored living area, that made it available for well wind circulation. However, in the cold northern region, Koreans tried built box-shaped Hanoks with less windows and without open area, like Korean letter ㅁ. The shape of houses in central region have mixed style between south and north regions, like Korean letter ㄱ.

The experience of wearing Korean traditional dress Hanbok is one of the best ways to understand Korean culture and enjoy the trip to Jeonju Hanok village. Depending on occasions, there are common (everyday) and ceremonial hanboks. Today, Koreans wear hanbok on festive occasions or special anniversaries, such as weddings, Korean Thanksgiving day (추석), Korean New Year (설날), Child’s first birthday (돌잔치), the 60th birthday (환갑), etc. 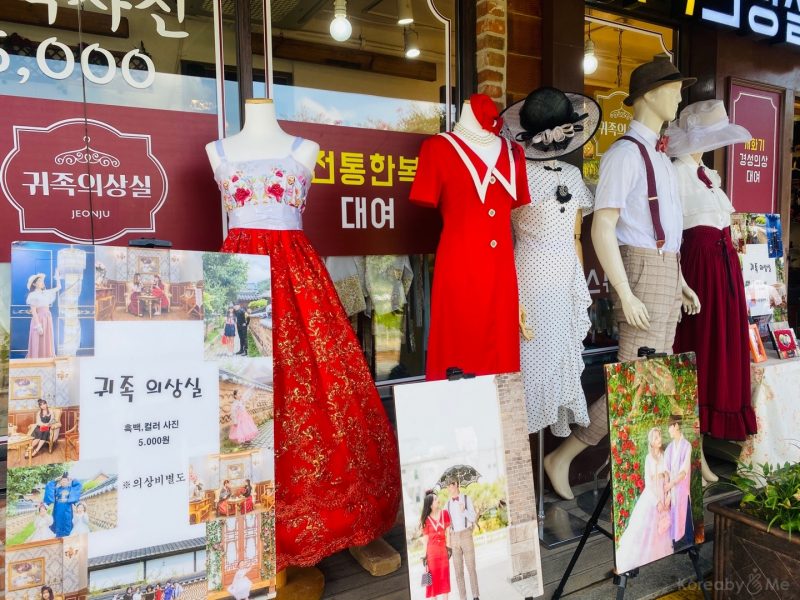 In Jeonju Hanok village, you can find different kinds of hanbok for rental. There are hanboks, that traditionally worn in ancient Korea by royal families, kisaeng (or ginyeo), scholars and so on. The rental time is depending on the shops, but usually it is about four hours. Mostly all shops provide hair styling and some accessories. 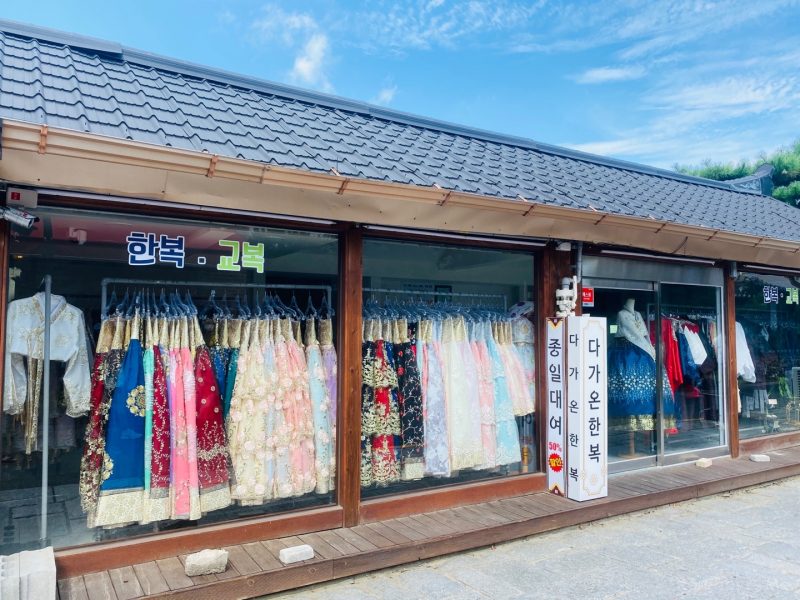 Do not miss the opportunity to take some amazing pictures wearing hanbok, during walking along the streets of traditional village. 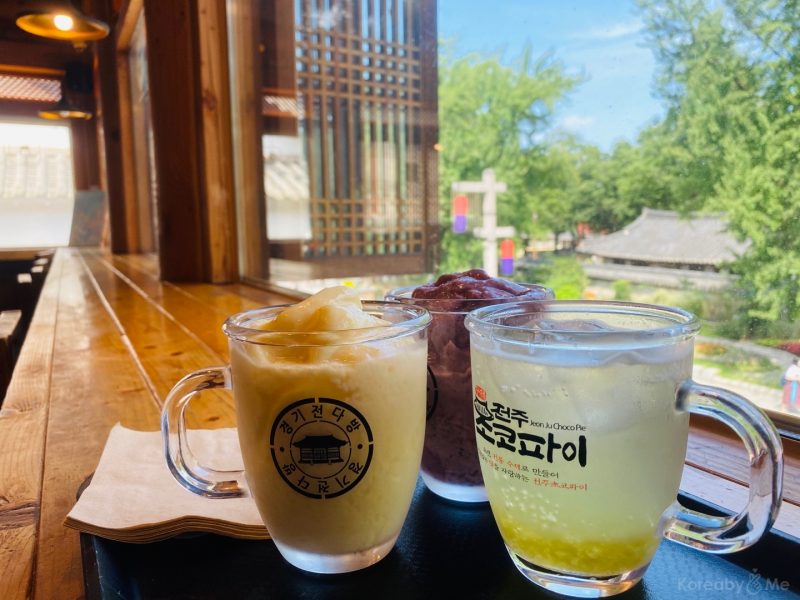 Actually, Jeonju city is famous for unique choco pie, by PNB bakery company. It tastes different than standard mass-produced ones. We had not a lot time for exploring coffee shops and finding the PNB bakery shop, but fortunately we found this place, where also are sold choco pies. 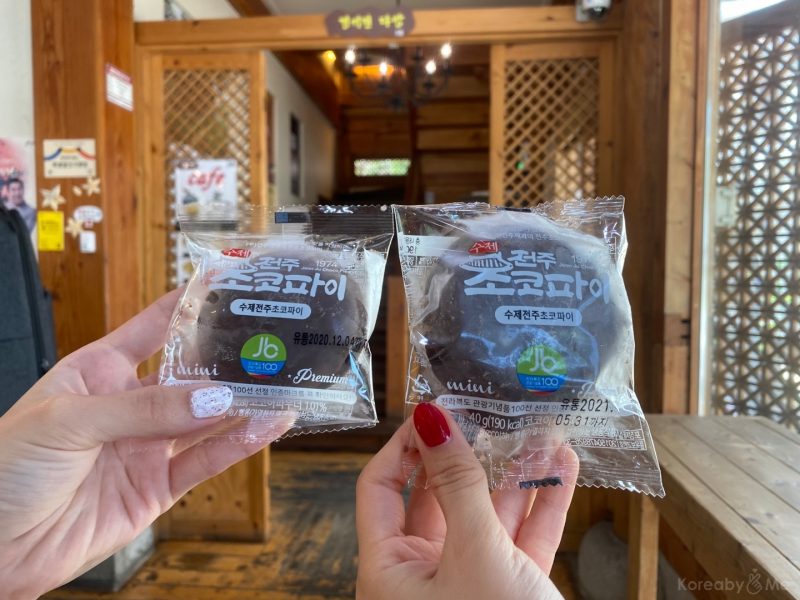 At the first floor of “Jeonju Choco pie” (전주초코파이) you can buy choco pies, and at the second floor there is a coffee shop, where you can enjoy a cup of delicious drink. 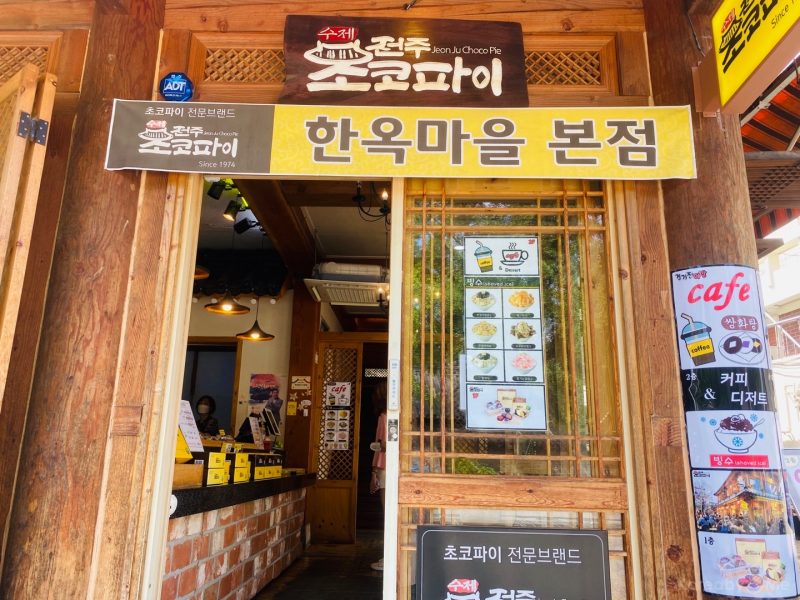 The coffee shop is a traditional hanok building. It is located in the bustling center of traditional village. The cafe offers coffees, tees, juices and bingsu (Korean shaved ice dessert). The interior of the café lifts the traditional mood. 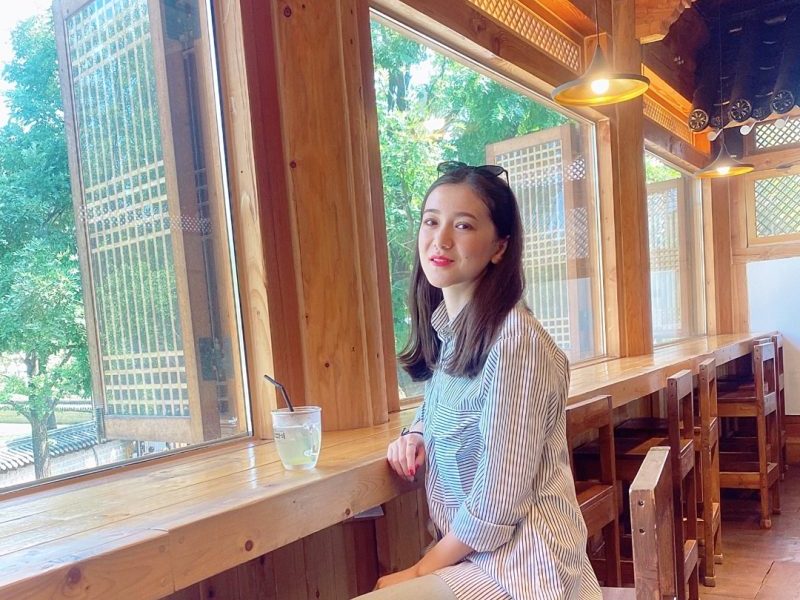 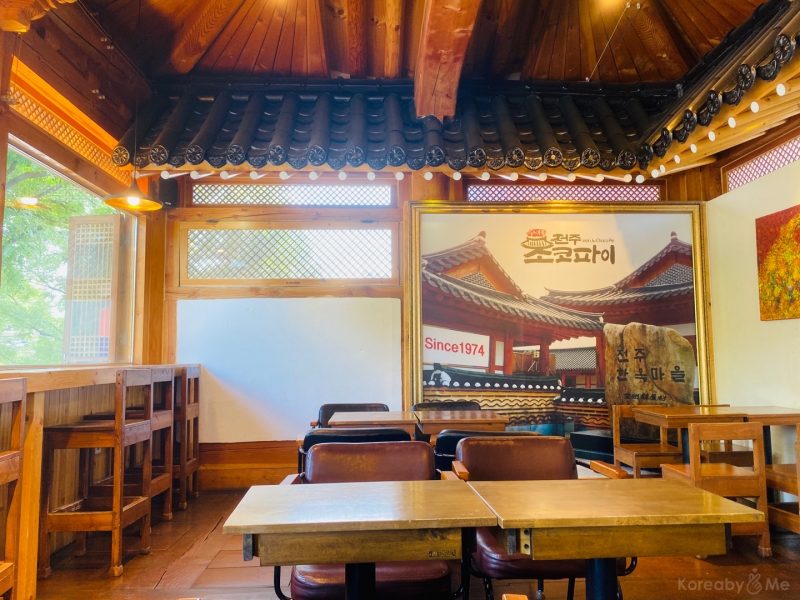 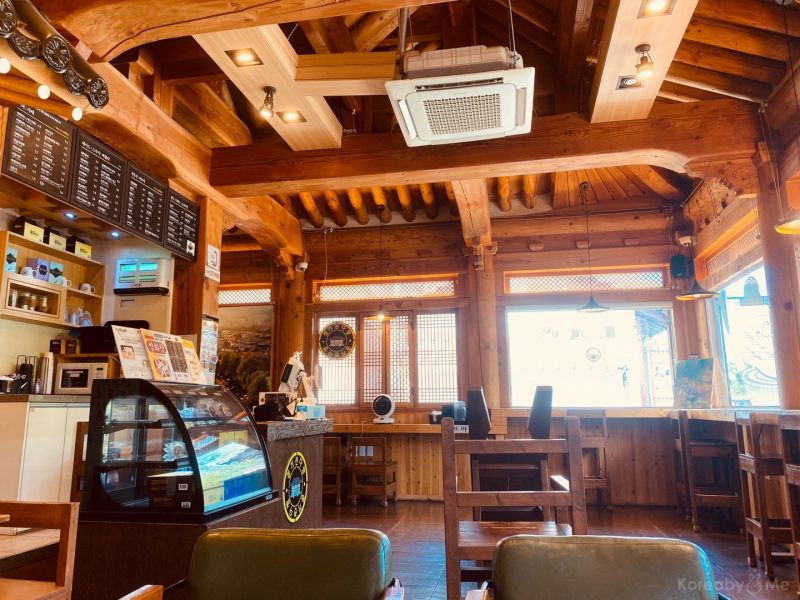 Staying a night in hanok house is a unique way to experience local’s traditional life. There are plenty of hanok houses, offering accommodation for visitors. You can find many elegant and antique furniture in traditional house and learn about Korean traditional architecture. 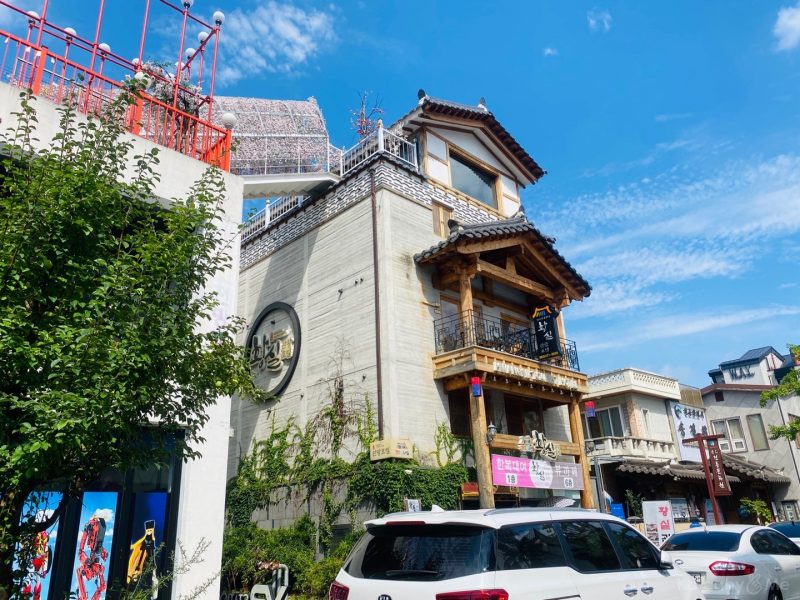 Here a list of most popular guesthouses in Jeonju Hanok village:

Dr. JCOS Natural K-Beauty Review
Gukje Market, an International Market...
Seoul Botanical Garden: 2021 All you ...
Let's visit the filming sites of the ...
Seoul Forest
Guam Church: Starting Point of Indepe...
Korea for All Seasons: When is the Be...
Traveling With Friends: How to Stay G...
Total
867
Shares
Share 867
Tweet 0 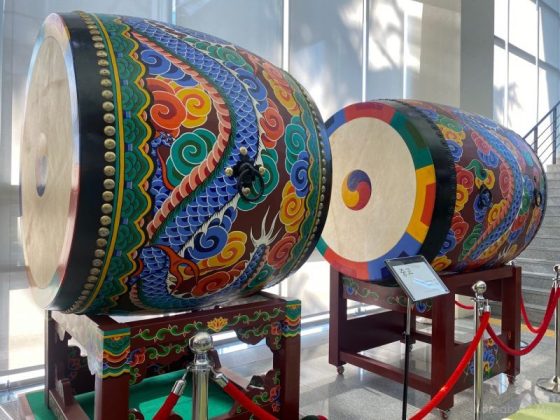 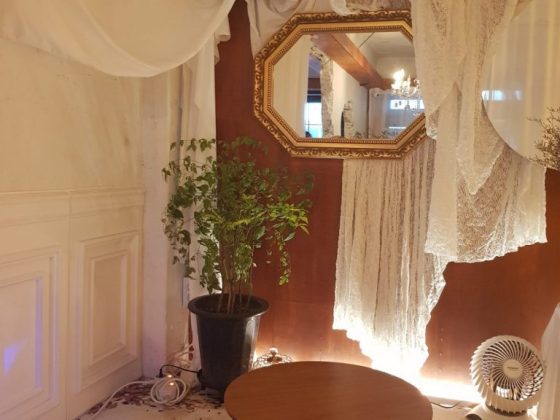