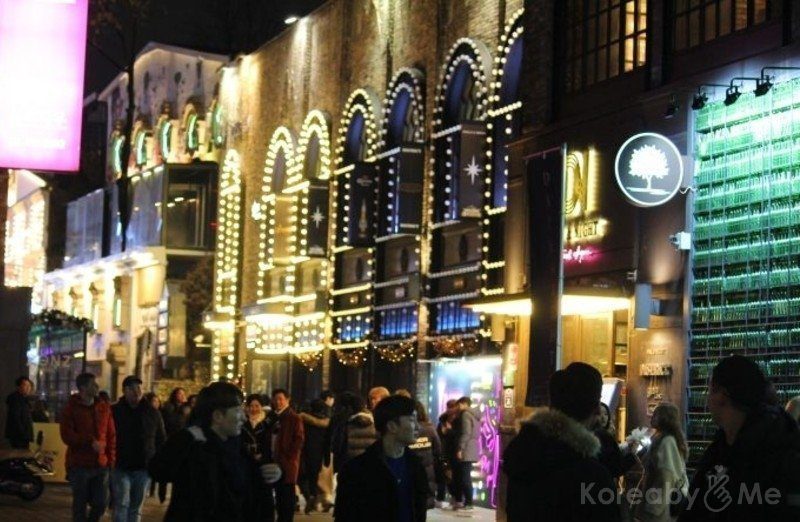 If you are wandering for a place in Seoul to enjoy the best of the night life with friends and companions, Itaewon is one of those places for sure. And Itaewon becomes a whole different place at night which is even alive. Let’s explore Itaewon at Night!

Table of Contents
Itaewon at Night
HOW TO GET THERE?
Restaurants & Bars
Art District
Final Thoughts

Itaewon is known to be the hub for cosmopolitan dining and surreal nightlife with many pubs, Korean BBQ stations and even low-key bistros which harbor people from various countries around the world. Shimmering lights, distinct yet mixed noises of songs from various pubs and people of different races roaming around. Even beyond the eyesight are some of the out-looking points of Itaewon.

HOW TO GET THERE?

Itaewon is accessible only by the Brown Line 6 of the Subway. So, there are two stations from where you can reach there. One from Yaksu (which is on the Orange Line number 3) and the other from Samgakji (which can be reached by the Line 1 and Line 4).

So, my visit started off from the exit 4 of the Subway station and moving straight ahead from there where the strangers lead Me. It’s funny how you just kind of roll into an atmosphere sometimes and don’t even notice how far long ahead you have come. Itaewon gave me that kind of a rush.

I just took out my camera and just started noticing all the lights gleaming in the dark of the night and calling me out to click their shine. It was a really windy kind of evening. But still, the vibes were really great even with the hustle and bustle of so many people being around you.

Then, as I was moving, I caught hold of a really well appreciated Indian Restaurant by the Name of Agra. It was on the ground floor and over it was The Pancake house. Imagine having both the kind of cuisines you have craved for such a long time being in just one place, And you do not even have to struggle a bit to locate them.

The Agra restaurant was really well designed and almost had that Indian household kind of an aroma. It really made me homesick for a brief period of time. Since, it was way early into the night for dinner and we had thought of going for a photo walk around the streets and explore them first, we bookmarked the place and went ahead into the region I would like to call as the PUB-HUB of Itaewon.

All Kinds of Restaurants

Man, let me tell you. There are way too many pubs, bistros and restaurants. But somehow they are all aligned into one other, having a unique kind of a vibe for each. And every one of them and still being a part of the community which harnesses the nightlife Itaewon is famous for.

I had it in my mind that since there an abundance of options of pubs and bars for people to choose from. And there might not be enough business for all of them to remain occupied in great amounts.

But I was wrong and I was awestruck to find that even with all the options. There was little to no space for people in most of the bars and restaurants. All of them had quite enough people having fun, enjoying, laughing and eating inside them. This is one more thing that made me admire the vibe of Itaewon.

Other than the pubs, restaurants and bars, I think Itaewon is very well equipped with various cultural diversity. I could see people from all around the world there. Many people had Korean acquaintances with them too. And many were just within their own cultural regime. I rarely saw any alone kind of a person there.

As we went past these streets, we came across the road to the more artistic kind of streets in Itaewon. There were different kinds of graffitis all around the place. Even building have some sort of apartments or housing facilities were painted. The most intriguing one for me was of Bob Marley near the King Club. I still can’t really describe that in words till date.

Moving forward we came across the South Asian and the Gulf regional establishments of Itaewon. There were abundant options of Indian, Pakistani and Arabian cuisine restaurants as well as shopping complexes scattered around. I felt like it was one of the cities in a movie or something like it almost felt home as well as foreign at the same time.

To reach the end of our photo walk we came across a beautiful Mosque. The area surrounding it was peaceful yet chaotic at the same time and I think it was really amazing. By this moment, I felt like the purpose of today’s visit was complete and we should just have dinner enjoy some drinks and keep roaming around till its time to go back home.

To be very honest, I didn’t want to go back that night because of the way the streets of Itaewon made me feel a part of its own entity even when I had just been there for like 3 hours.

I highly recommend everyone to go and visit Itaewon but take abundance of time to fully explore the streets and all the attractions around because you’d surely don’t want to head back home that night just like me.

If you liked the article, do leave a comment and let me know if there are any other places in Itaewon I can explore. Or even in Seoul which can make an impact on me like Itaewon did !!^^ At the end I would just like to say, Live, Laugh and Love !! ^^ 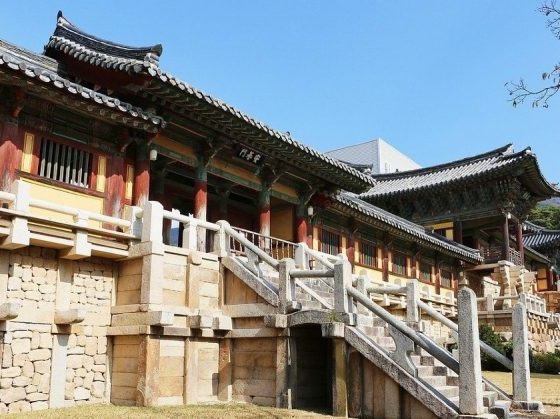 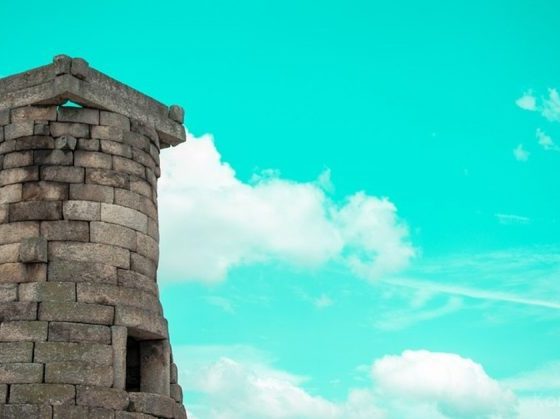