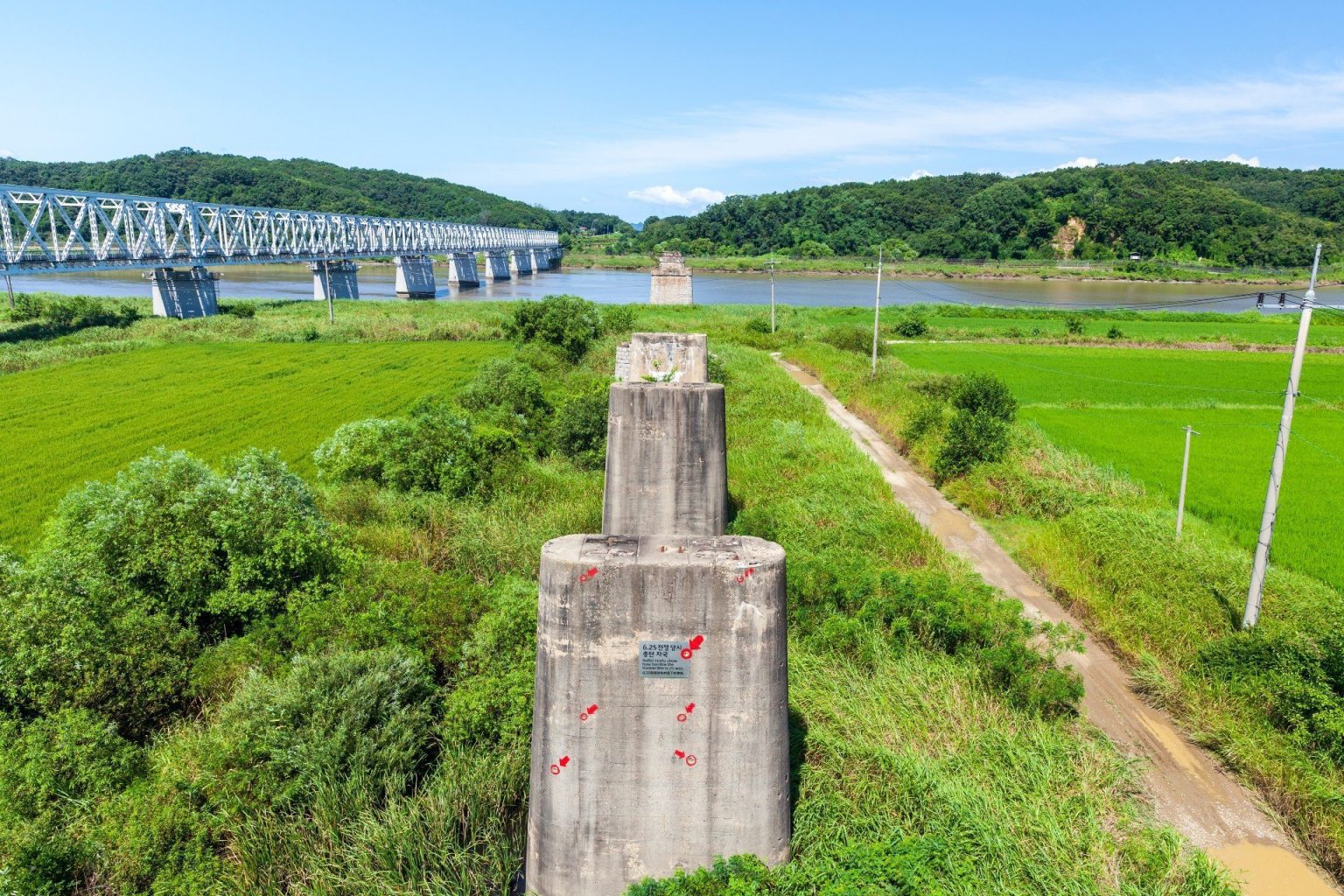 DMZ – a land of history, peace and reunion

DMZ – is an abbreviation for Demilitarized zone. DMZ is a region on the Korean peninsula that demarcates North Korea from South Korea. It follows the 38th parallel, roughly 240 km long across the peninsula. DMZ includes territories from the both sides of the border. (Roughly around 4 km width from each side.) 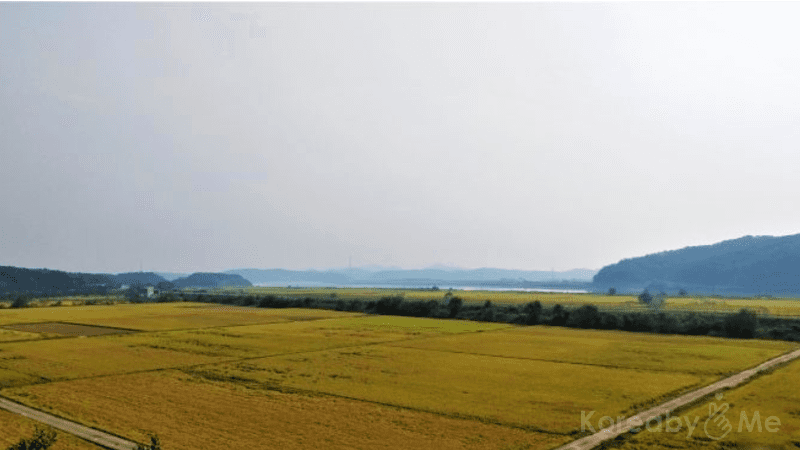 Since the end of the Korean War, DMZ has become a place for nature to flourish. The zone contains different ecosystems and is home to thousands of species that are extinct or endangered elsewhere on the peninsula. Because the territory is slightly populated nature is well preserved.

Table of Contents
Imjingak park
Dora Observatory
The 3rd tunnel
Dorasan Station
Unification village
How to get to DMZ?

Before entering the DMZ area usually, the first spot to be visited is the Imjingak park. Imjingak was built in 1972 with the hope that someday unification would be possible. In front of Imjingak the Gyeongui Train Line is located. The train line was destroyed in 1950 during the War. 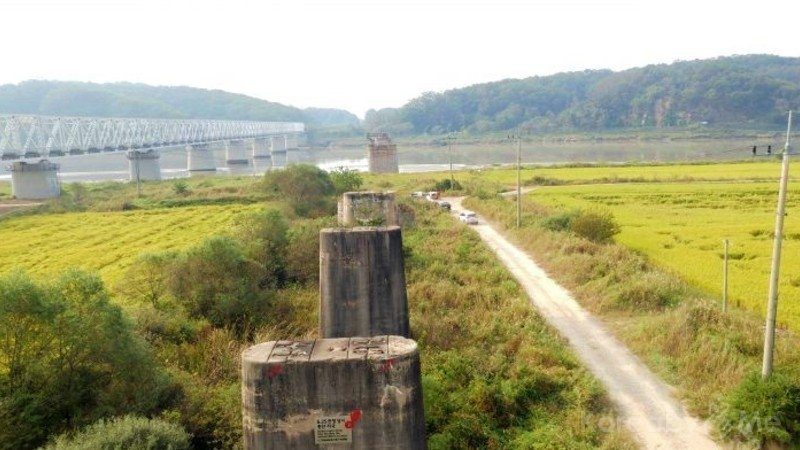 On the picture are the remains of the Gyeongui Train Line. Also, the holes left from the bullets are visible on the foundation of the line. 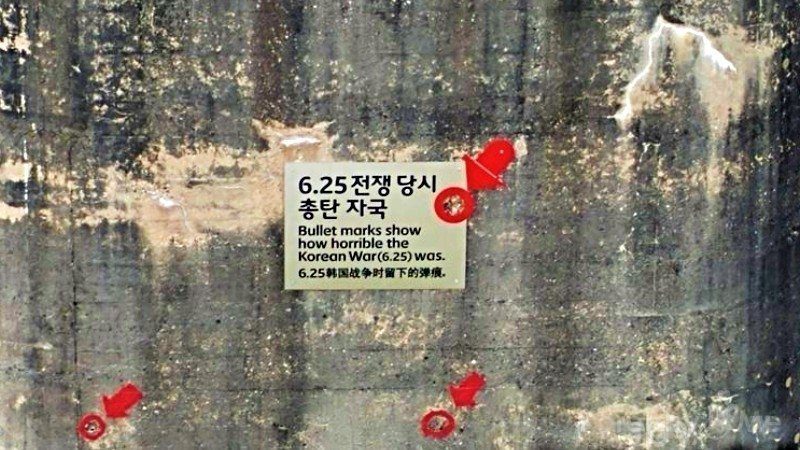 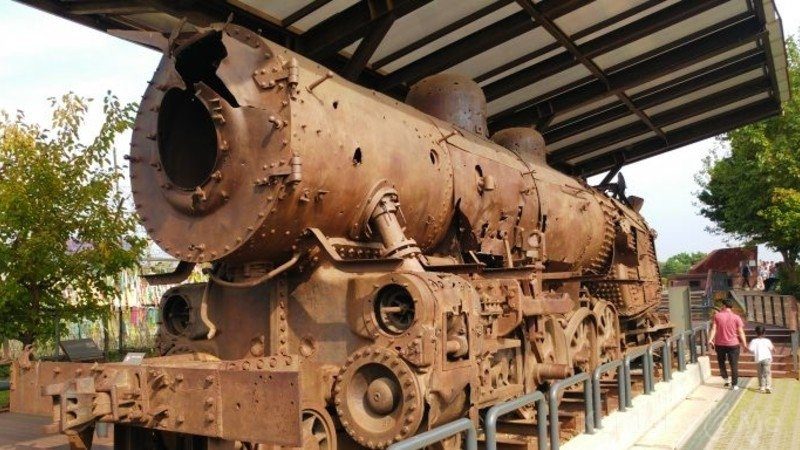 As the name says it, Dora Observatory is a place where through binoculars you can have a glance at North Korea. 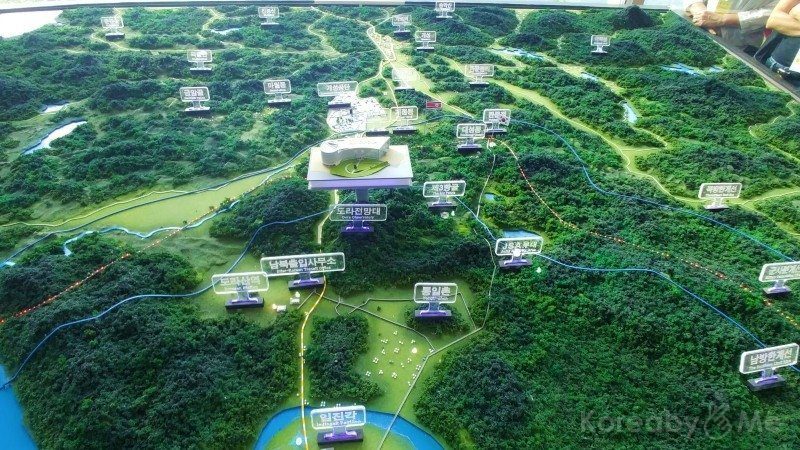 The following map is a miniature of the DMZ area. The red line in the middle is the actual border (which is also called Military Demarcation Line or MDL) between the two countries. The area between the blue lines (from the both sides of MDL) is called Joint Security Area (JSA). Highly secured the JSA is almost impossible to be entered. In this area (JSA) the so called Panmunjon (or the “truce village” – the famous blue houses) is located. This is the place where in 1953 the Armistice Agreement has been signed and where the meetings between the political leaders have been held. 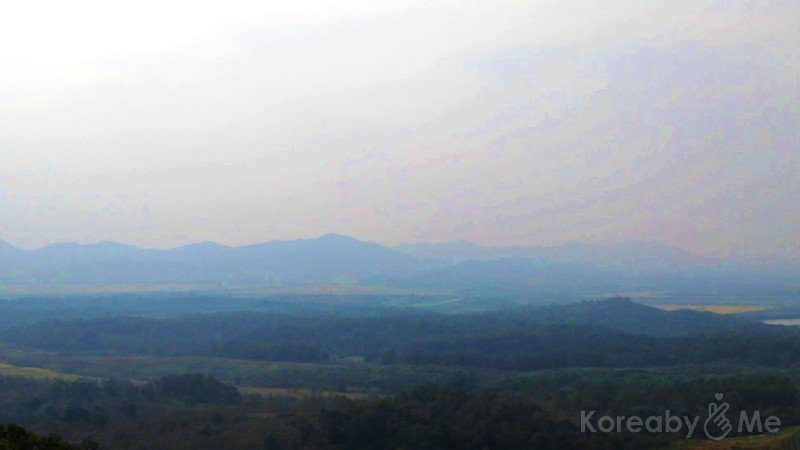 At the very back of the following picture North Korea can be seen. Definitely, the weather plays a big part in the visibility.

During the Korean War millions of landmines have been laid across the DMZ. Even now more than 2 million landmines still can be found. That’s why the whole area is covered in signs warning people not to go outside of the main road. It’s quite dangerous in my opinion.

The third tunnel is one of the few tunnels discovered by South Koreans. So what’s the purpose of this tunnels? Built under the ground, all of the tunnels start from North Korea and cross the border with the aim to reach Seoul and consequently attack the South. 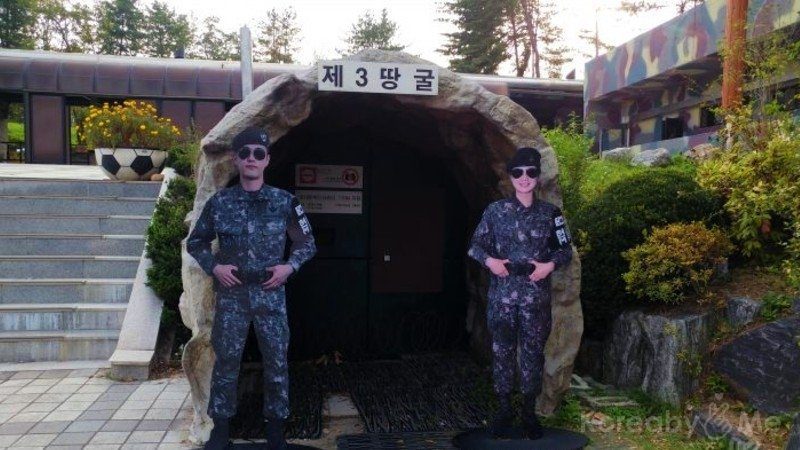 Discovered in 1978, the third tunnel is 52km away from Seoul. It is 2m wide and 2m high, with a total length of 1635m. It is possible to walk down in the tunnel and the point that a civilian is permitted to reach is 170m away from the border.

“Not the last station from the South. But the first station toward the North.” 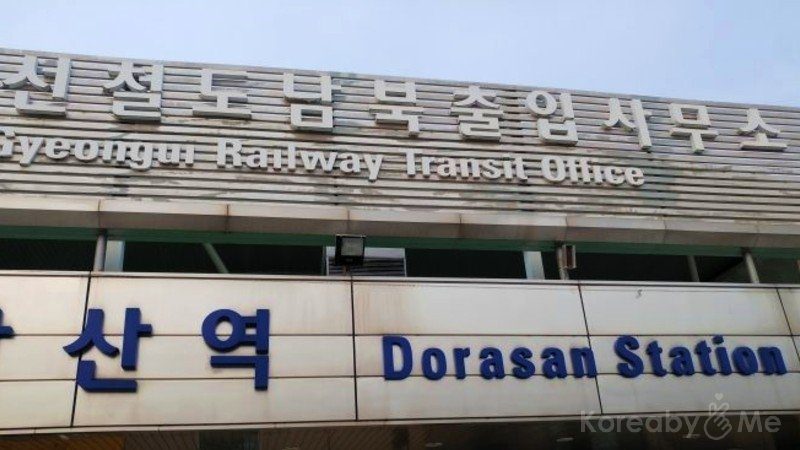 As the motto says it the Dorasan station is the last train station from the South part but if you want to go to the North by train it is the first station. Of course, going to the North from South is impossible at these times, but the hope of unification is still alive. 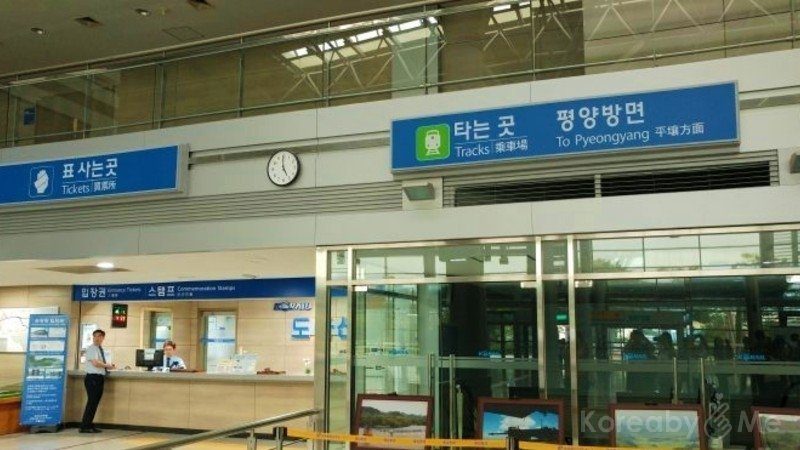 Every visitor of the station gets a train ticket on which is written form Dorasan station to Pyongyang. 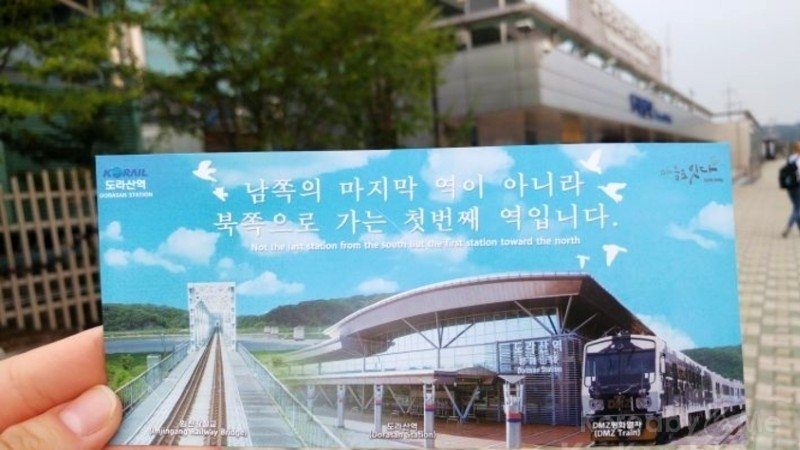 The unification village is a village inside the limits of DMZ where people live. Actually, the people that live there are usually veterans from the war. As the whole area is civilian controlled zone not anyone can enter and visit the village.

How to get to DMZ? 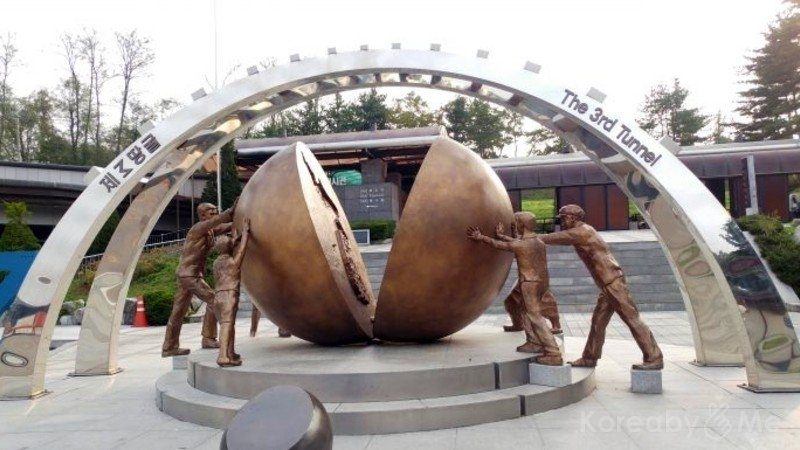 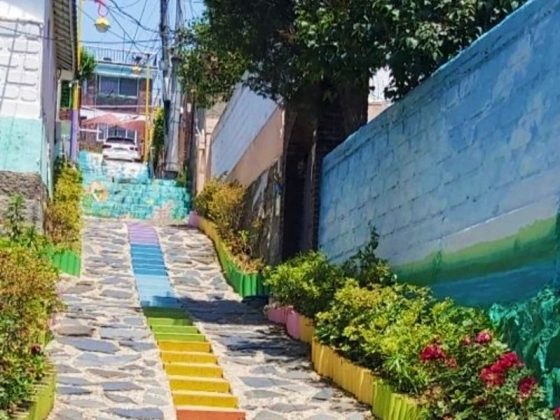 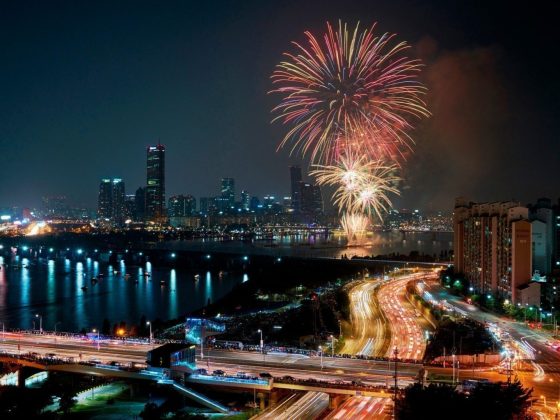 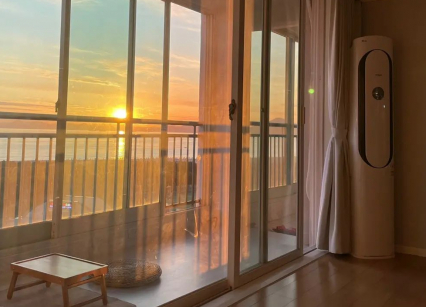 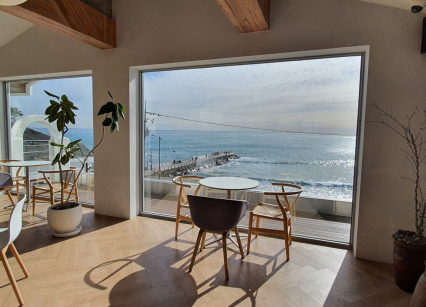