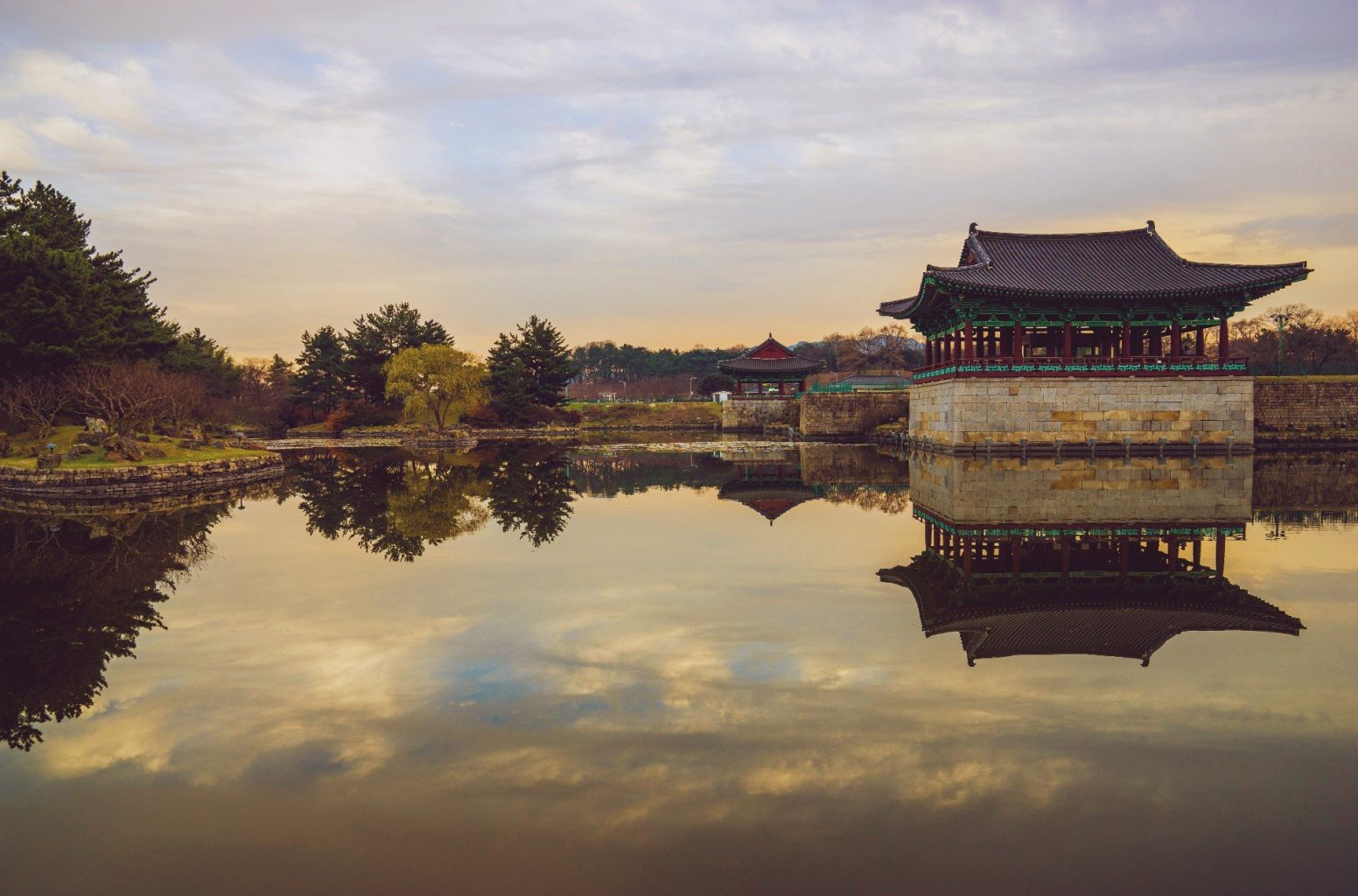 Donggung Palace and Wolji Pond – A Heavenly Place in Korea

A royal palace with an artificial pond. Doesn’t that give you a picture of a drama set with a historical background? Well actually, if you’re a fan or a person who casually watches Korean dramas, then you may have seen this place before.

Yep! It is the Donggung Palace we’re talking about (not that the title gives it away lol). Anyway, this palace has been a set to various, quite popular Korean dramas. Some of which are “The Beauty Inside” and “Princess Hours / Goong”.

Donggung Palace and Wolji Pond, formerly known as Anapji, is a landmark of Gyeongju district. King Manmu ordered the construction of this palace complex under his command. The construction of the palace was based on the classical Tang architecture which was inspired by the Buddhist aesthetic principles.

So why people called it “artificial”? Well! The place came into existence in order to build an exquisite garden fit for the royal family. With that being said, small mountains were created inside the place, surrounded by rare animals and beautiful flowers.

To make your way towards your destination, you can take the ITX express train from Seoul. This train will lead you towards Gyeongju. From there on you may choose to travel through the Gyeongju city bus tour towards the Donggung Palace.

Lotus Flowers In The Wolji Pond

Pink lotus flowers are the most famous attraction among the tourists while visiting the palace. During the months of July and August, a layer of pink lotus, big and small, cover the pond with their delicate scent and elegance.

Wolji pond features many gardens and walkways along with it. Among these gardens is the Buddhist rock garden. This beautiful garden was there for the purpose of promoting meditation.

Near the magnificent display of lotus flowers is an ancient astronomical observatory known as the Cheomseongdae Observatory. This observatory dates back to the Silla Dynasty where the king order to build it with exactly 365 stones, representing days in a year.

Things To Do At The Donggung Palace and Wolji Pond

Take A Walk Down The Wolji Pond

This may come as something not out of the ordinary but once you walk through the landscaped gardens during the sunset. That would be a majestic sight to behold.

This particular hall is located on the west part of the Wolji Pond. Back in the Silla dynasty, the Imhaejeon hall was famous as a place where parties and meetings took place. It was one of the halls which were a pride of The Donggung Palace.

Even today, Imhaejeon hall takes the visitors on a tour to the past with its well-preserved artifacts and the architecture.

This divine bell appears to be a large bronze bell from outside. It features delicate engravings of lotus flowers and peony wines. According to one of the research, the designers made this bell in such a way that the sound of the bell travels for 3 minutes, evenly in all the directions.

History behind the gigantic bell

If that’s not all, the bell surrounds itself with a rather sad legend. According to the history books, in order for the gigantic bell to be made with perfection, the Government of Silla held a drive to ask for donation. Upon coming across a poor woman, she said that she had nothing else to offer other than her daughter.

Months passed, the attempts to make the perfect bell went all in vain. Upon consulting a fortune-teller, they concluded that human sacrifice was necessary. The King was then informed of the offer the poor woman jokingly made. Upon hearing this, the King ordered the daughter of that poor woman to sacrifice for the perfection of the Divine Bell.

While visiting the Donggung Palace, you will come around a lot of traditional Korean food. The neighborhood of the Palace offers a unique blend of food. In order for you to have a taste of the traditional food, various street food vendors, pubs, food markets and restaurants are available throughout the vicinity of the Donggung Palace.

There is also a Korean traditional homes called Hanok styled Starbucks. Trust me, you will love it.

Don’t forget to leave you comment and let us know which one of these places if on top of your bucket list?