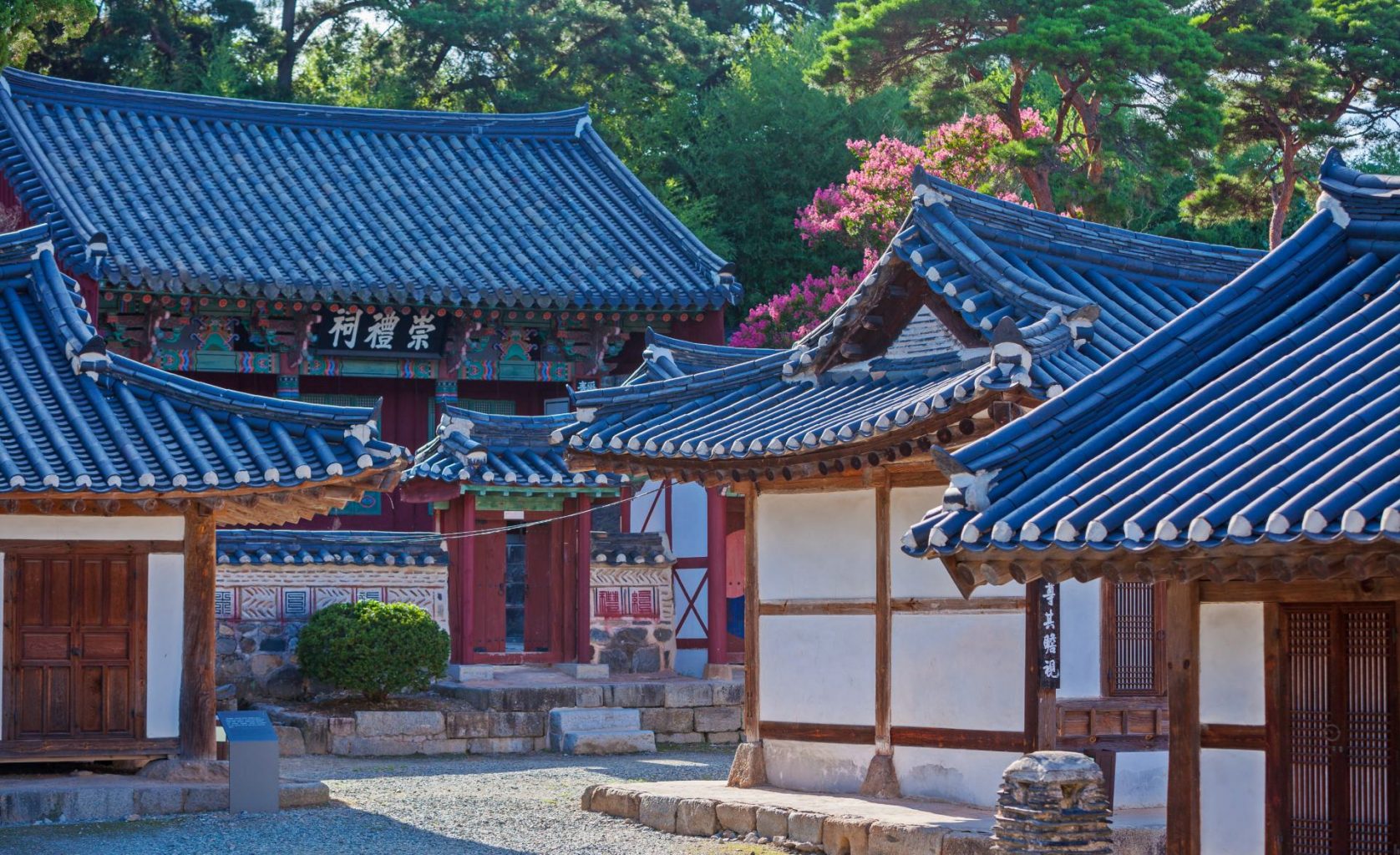 The Path of a Joseon Scholar: Donamseowon

Have you ever wanted to experience the life of a Joseon dynasty scholar? Well, Donamseowon is a historical Confucian Academy and one of Korea’s many UNESCO World Heritage sites. This is one of the few remaining Seowons, or academies where Joseon’s Sarim class was educated.

Table of Contents
What is a Confucian Academy?
Construction of Donamseowon
Entering Donamseowon
Eungdodang
Historical Treasures
What to do at Donamseowon

What is a Confucian Academy?

Joseon dynasty is considered Korea’s last monarchy. It began in 1392 and lasted all the way until Japanese colonization in 1910. During this period of Korean history, the main religion or ruling philosophy was Confucianism.

During Joseon, Korea had a strict social structure with multiple casts. One of these casts was the Sarim, or scholar class. They spent their entire lives going to Seowons, or Confucian academies where they would recite Confucian teachings. The sole purpose of their life was to study. They memorized and interpreted Confucian teachings so that they could be passed down to the next generation of Sarim. 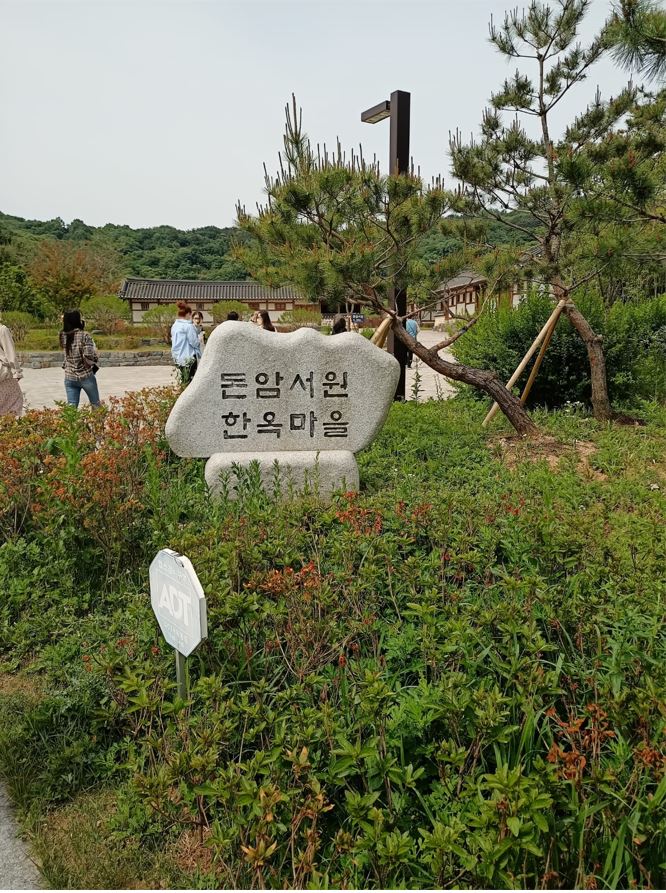 Donamseowon, located in Nonsan, Chungcheongnam-do, was founded in 1634. This Seowon was first constructed in a forest about 1.5 kilometers from its current location.

Its construction was royally sponsored in 1660 after King Hyeonjong bestowed a name board engraved with the name “Donamseowon.” The name comes from a rock called “Donam” in the forest where the Seowon was originally located. However, it was relocated in 1880 because it kept getting flooded in the summers at its original location. 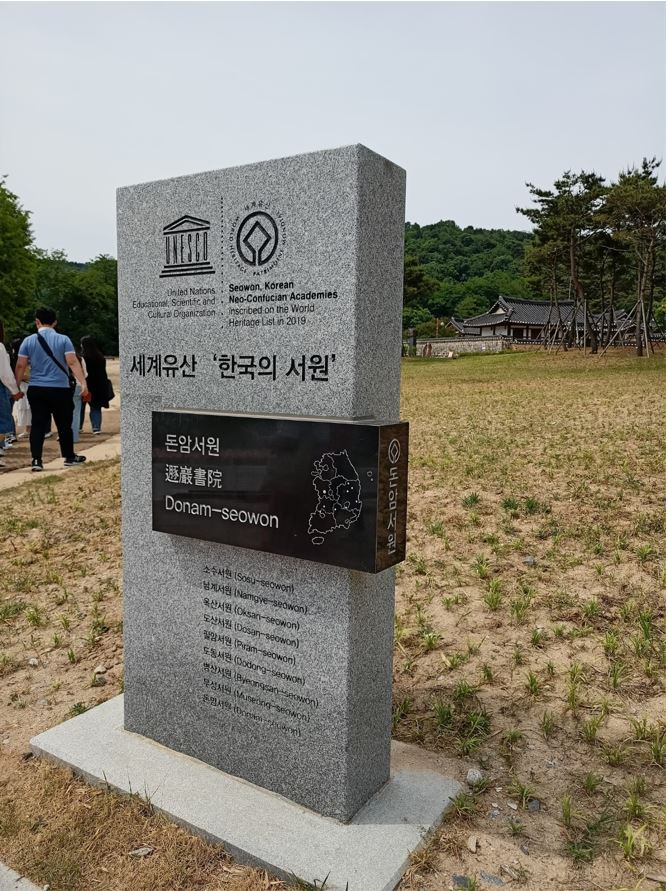 Donamseowon sits in a hilly area and faces east. After entering the main gate, Ipdeokmun, one can see the learning area, Yangseongdang, in the center. The next thing you will notice is the student dormitories (Geogyeongjae and Jeonguijae) to the right and left. It is so amazing to think about the many scholars who lived in these buildings hundreds of years ago.

Next, in front of Yangseongdang is a stele with an inscription written by Song Si-yeol to celebrate the founding of the Seowon. To the left of Yangseongjae is Jangpangak. That is where books and other items were stored. 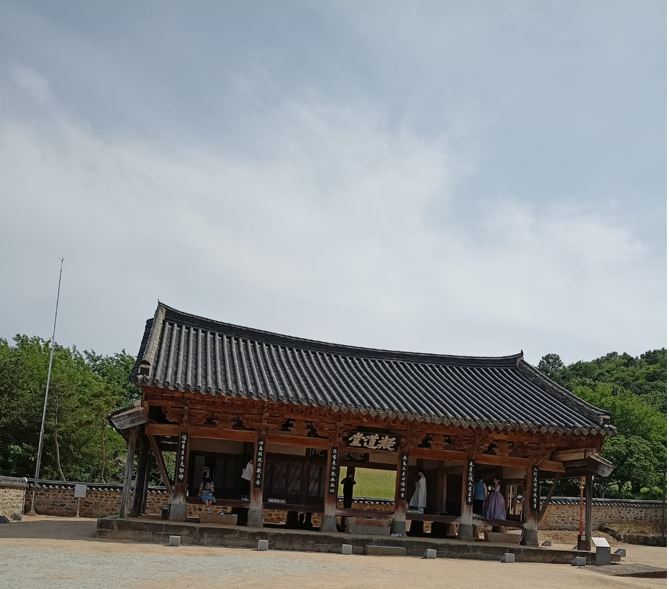 If you go further into the grounds of Donamseowon, you will find Eungdodang. Eungdodang was this Seowon’s lecture hall and its name meant ‘Hall of the Solid Way’.

It was moved from its original site at the academy to its present location in 1971. Before its relocation, the building’s original function was unknown. The purpose of this ancient academic hall was revealed by the chance discovery of an inscription on a roof tile.

The hall has a roof that resembles the Chinese character 人. It has a pretty typical architectural style for the time period. However, it is unusually large for a Confucian lecture hall. The building is regarded as a valuable historical asset for research on construction during the mid-Joseon period. 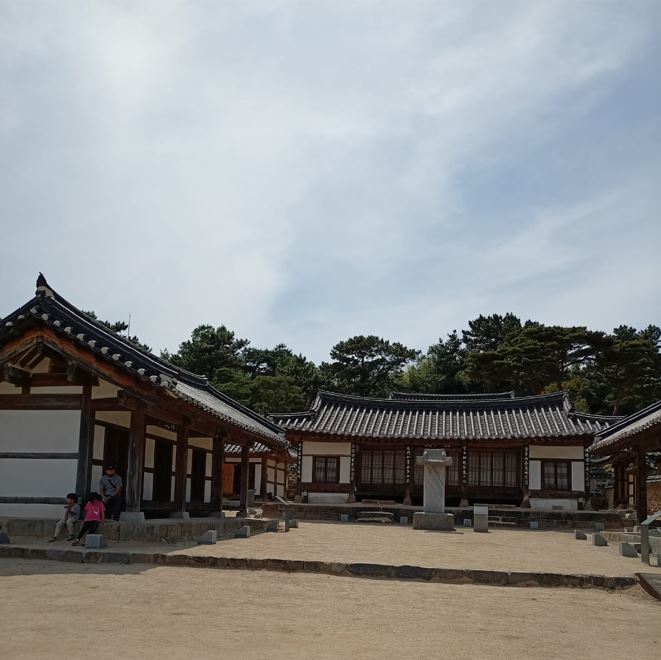 Quite a few old books have been preserved at Donamseowon including:

All three books are prose collections of Confucian scholars.

Additionally, several buildings have also been well preserved such as:

What to do at Donamseowon

At Donamseowon Confucian Academy, you can experience the ethics, values, and beliefs of Joseon dynasty Confucian scholars. Plus, you can get a lesson in Korean traditional etiquette from the teachers there. Or, you can try your hand at some calligraphy with experts.

Once you are done touring Donamseowon, the surrounding area is beautiful. You can walk around and tour the peaceful nature where you will feel relaxed and calm.

Looking for more things to do in South Chungcheong province? Click Here for more articles with recommendations on places to visit!