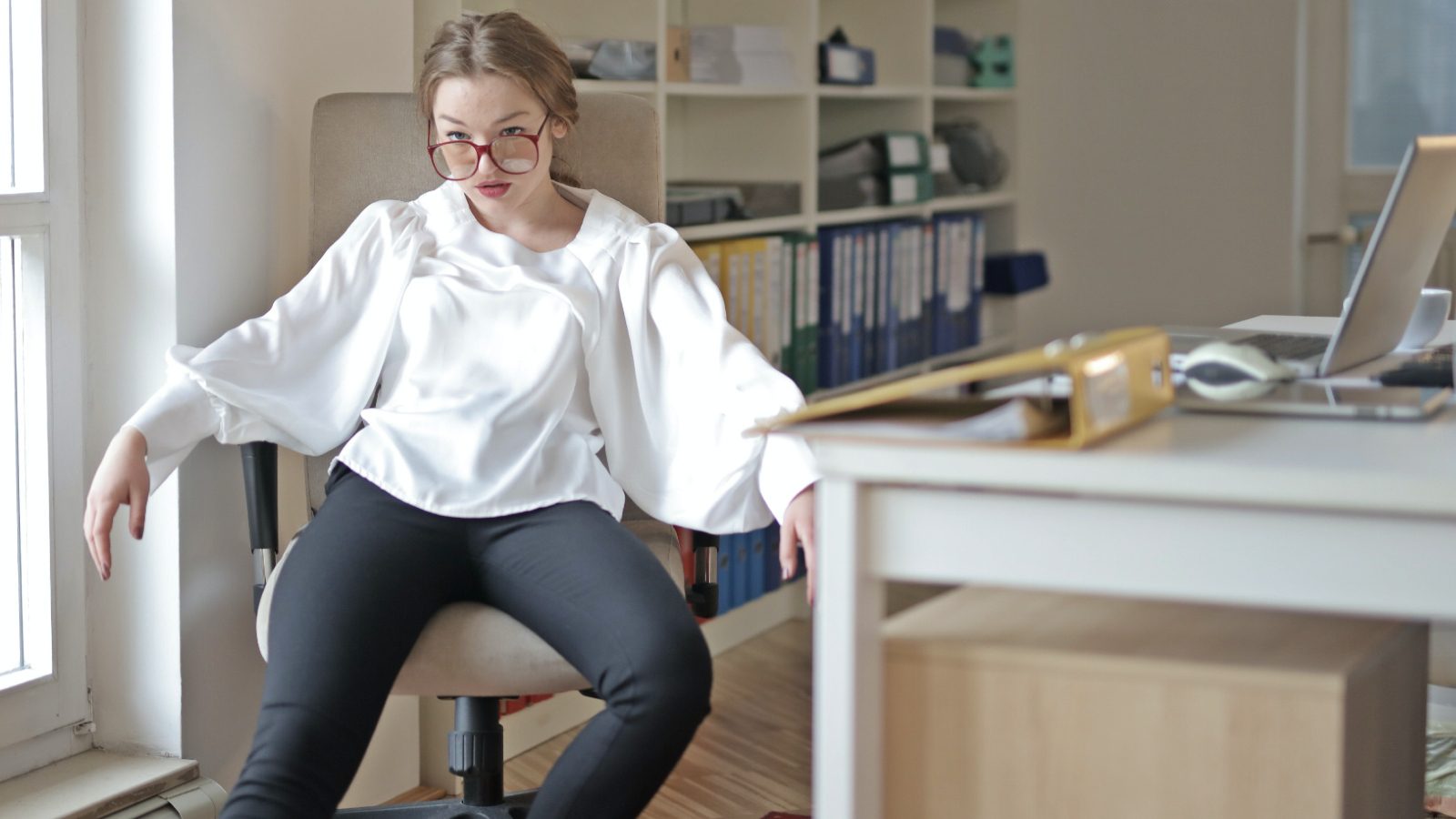 It is a fact that foreigners in Korea face discrimination. There are many different levels based on race, nationality, and many other factors. However, what I rarely hear spoken about is the types of bias that Koreans face here in their home country. Despite being a mono-ethnic society, Koreans also face discrimination in Korea.

Recently I read the article “Issue of Racism in Korea: A Brazilian’s Perspective” on KoreabyMe which explains the roots of racism in Korea. The article emphasizes the difference between racism towards foreigners based on race or nationality. I agree that this is an issue that should be mentioned regularly to remind people it needs to get better. It is only through acknowledgment and discussion that problems like this can be fixed.

However, in this article, I want to change the focus from foreigners to Koreans. As with all countries, hate has many faces. We shouldn’t only focus on what impacts us personally if we want to make society better. Despite being a mono-ethnic society, Koreans also face discrimination in Korea.

While many countries all over the world struggle with genderism and agism, Korea has its own brand. Perhaps this problem may partly be related to Confucianism. Confucian ideals are widespread in Korean society and have become ingrained in the culture over the generations. 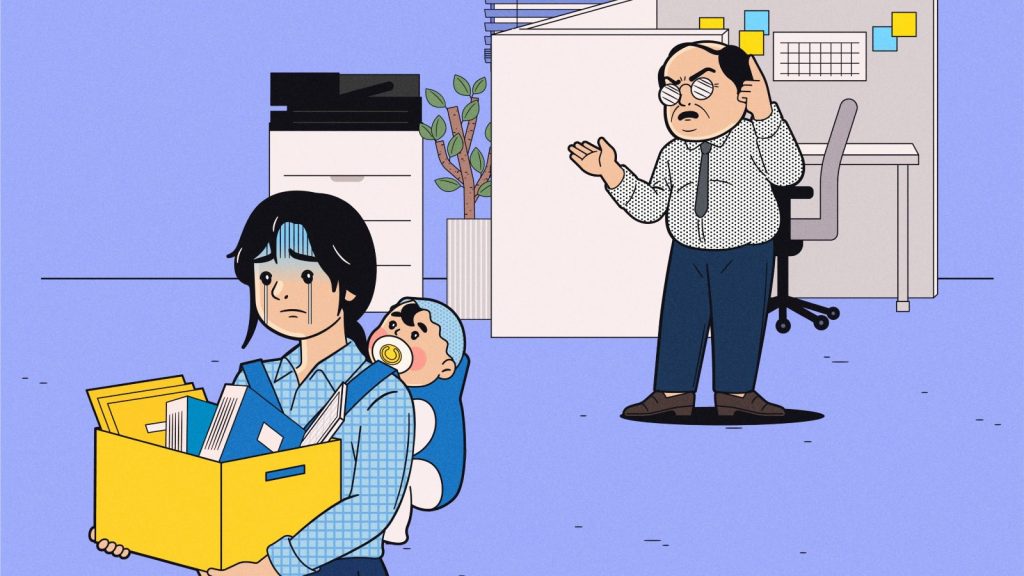 So, what were Confucian ideas related to gender and age? In Confucianism, the entire structure of society is based on a hierarchy. People are ranked by age, then by gender. Elder men are above younger men in the hierarchy. As a result, younger men are expected to obey and follow elder men without question.

On the other hand, we have women. In the past, women were the property of their fathers, then their husbands, and if their husbands died, then they became the property of their sons. During the Joseon dynasty, it was not uncommon for female children to be killed during difficult financial times. Additionally, forced suicide among women was also common. In the cases of widowhood, failure to birth sons, and even widespread shameful rumors it was not uncommon for women to be forced to take their own lives. Many carried a dagger called an eunjangdo with them at all times for such a purpose. Although such extreme cases are not as common as before, many of the mindsets remain.

Genderism in the workplace

In my opinion, one of the most illustrative and common examples of discrimination Koreans face is found in the workplace. First, let’s start with the problem of genderism. 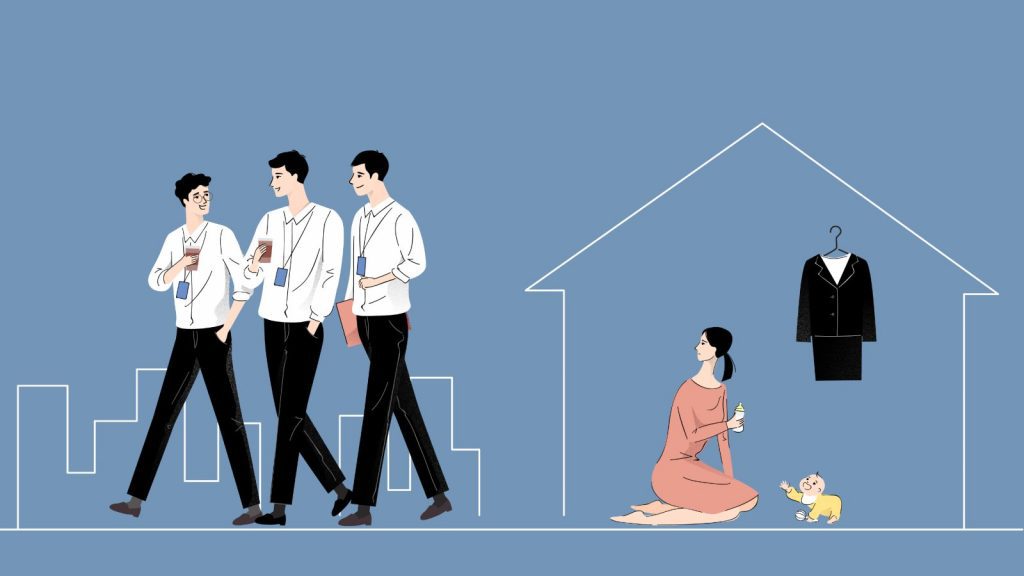 Women in Korea often have hardships finding a job because some companies prefer to hire men. And if you want to find more information, then it will be very easy because the cases are numerous. One quick Google search and you will find more than enough supporting evidence.

The Discrimination Koreans face regarding gender in interviews is unparalleled. Here are some comments Korean women have received according to Jeong (2019) “Women aren’t fit to work in sales…You’re a woman, why would you pursue a job in this industry…girls look much better without their glasses on…wear more makeup in order to look professional”. In the same article, it is also mentioned that in 2016, three of South Korea’s biggest banks were found guilty of manipulating men’s scores so that they would appear to be better applicants than their female competitors. The punishment was only a $4,500 fine.

Unfortunately, statistics show that these issues are widespread. Despite young Korean women having the highest education rate in the world, the country has the worst gender wage gap among all OECD countries. This means that at the same job with the same level of duties and responsibilities, men earn more money than women. Over the past decades, some measures were taken to solve this issue. But still, Korea is at the bottom of the list when it comes to gender equality.

Ageism in the workplace

Another problem is ageism which has two sides. On the one hand, young people who are about to graduate or already finished their degrees have difficulties with employment due to a lack of work experience. On the other hand, some companies tend not to hire older people. According to the survey made by the National Human Rights Commission of Korea in 2018 59% of interviewees mentioned difficulties with employment because of age restrictions.

In fact, if you go to Korea’s largest job posting website, JobKorea, you will find that many listings actually have an age range under the requirements. It is common to see job listings with a maximum age of 40, especially those looking to hire women in the service industry. 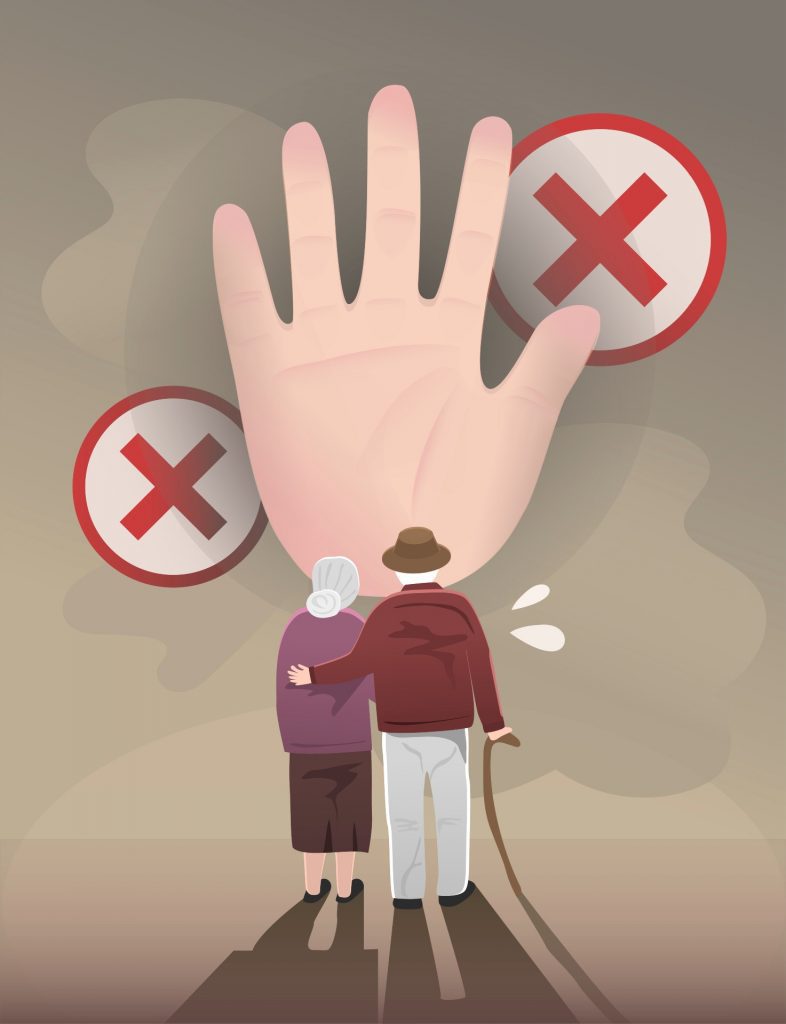 In addition, it should be mentioned that several companies prefer hiring alumni from SKY universities. This is one of the reasons for such a high competition rate in highly ranked universities because it is easier to get a job. This is also can be viewed as discrimination.

Nevertheless, this issue is changing, slowly, but still – at least there are some efforts being made. Firstly, the most extreme parts of Confucian genderism are illegal. Selective abortions are no longer practiced in Korea. Moreover, more Koreans now say they prefer a female child to a male child. Secondly, some modern technologies have been applied that helped to decrease discrimination in the workplace and one of them is blind recruitment. 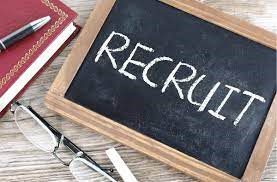 Blind recruitment means that employers do not see biographical information on applicants’ CVs. There is no information about gender, age, the name of the university, and residing address. As a result, the percentage of recruits from SKY universities at Korea’s biggest companies has dropped significantly. In addition, graduates from universities outside of Seoul have much better chances of employment than before. Thanks to this method bias have been reduced, also it is a significant tool, especially for those who may encounter ageism.

Artificial Intelligence is contributing to solving discrimination, too. AI hiring systems consist of several functions, such as physical response detection, brain activity analysis, personality/aptitude tests, and performance prediction. AI systems do not behave with as much bias toward applicants and the use of such systems could ensure fairness and promote diversity in workplaces.

Even though such technologies as blind recruitment or AI hiring systems are being implemented, they don’t get rid of bias completely. After all, they are a product that we humans, full of bias, create. Hopefully, in the future, we can create better systems to get rid of all forms of discrimination against Koreans and foreigners alike. 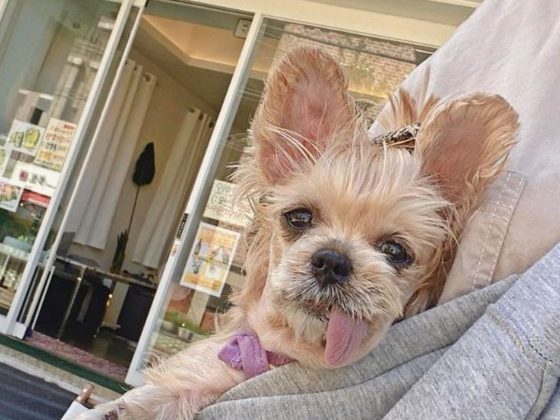 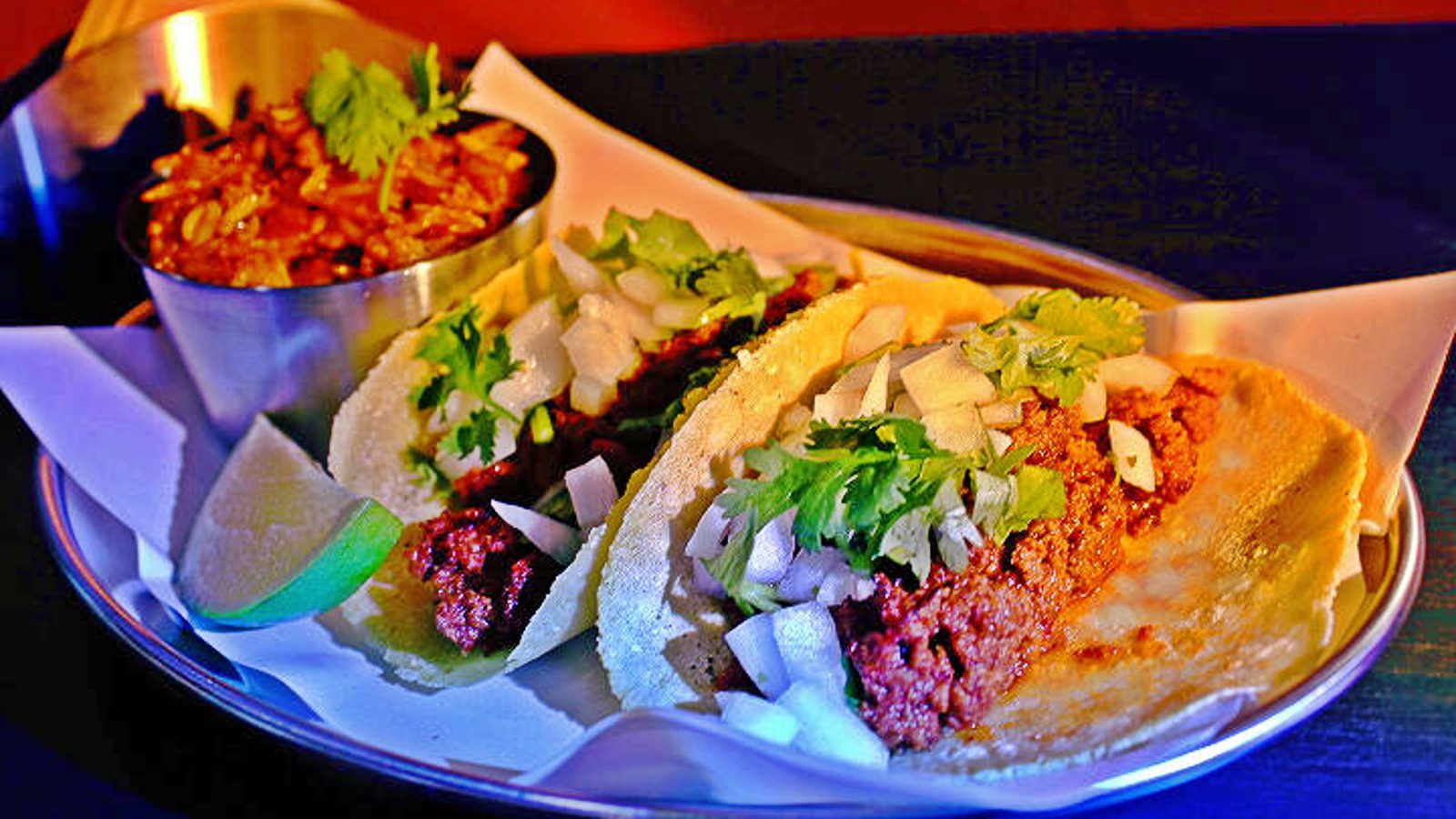 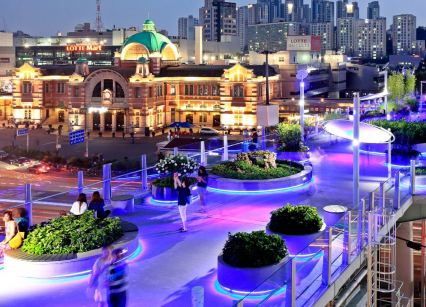 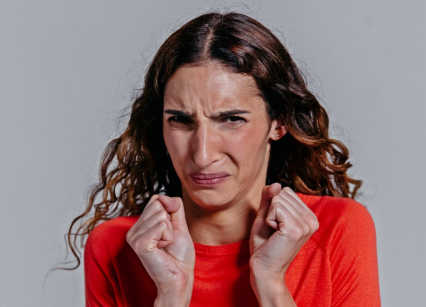 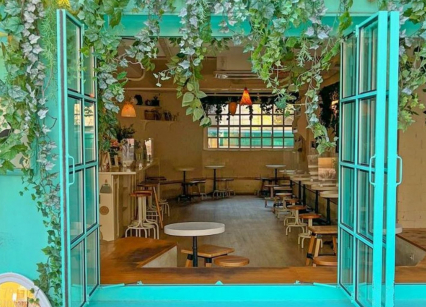