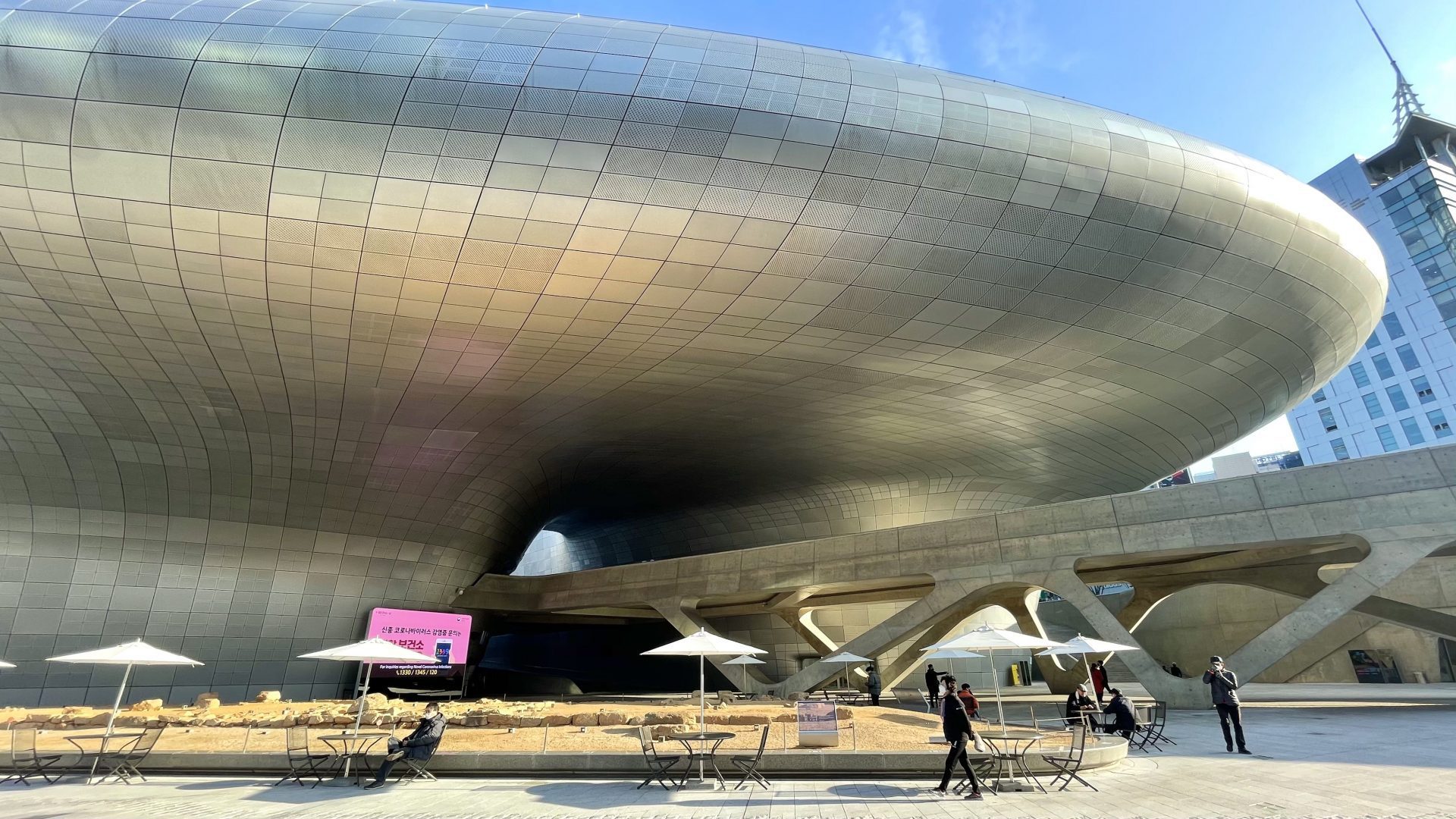 DDP: A futuristic spaceship in the middle of Seoul?

Hi there! Let’s talk about DDP(Dongdaemun Design Plaza), one of the longest and most captivating atypical architectures in the world.

Surely you have heard about Dongdaemun Design Plaza DDP, this amazing landmark of Seoul that rises in the middle of the city, but I would like to take you a little deeper into its design.

Table of Contents
First things first
Why Zaha Hadid?
About DDP
What about Dongdaemun Area?
Final Toughts
How to get there?

One of the first important things to mention is, of course, the person who was in charge of its design: Zaha Hadid (1950 – 2016). An amazing architect who was also the first woman to receive the Pritzker Architecture Prize.

She is also recognized for her other projects around the world, such as Wangjing Solto in Beijing, Aquatics Center in London, National Center for Contemporary Arts in Rome among many others.

It may surprise you to know that this project was the first public building in Korea which design was selected by an international design contest and for this very reason, DDP attracted everyone’s attention from the beginning.

What was sought with this contest was to create a cultural space with a design that could represent the Dongdaemun district and Zaha Hadid’s proposal hit the mark.

Hadid focused on the dynamism of the area where DDP would be built, as well as the constant movement, which from very early in the morning until very late at night, characterizes this district. Keeping this in mind, along with the historical and cultural part, adding a certain futuristic value, she created this space that seems to blend and coexist perfectly between the traditional and modern of the area.

Stepping outside the Dongdaemun station generates an indescribable sensation as DDP will immediately appear in front of your eyes from one of its angles, all equally impressive, with their endless shapes and curves that give you the impression of becoming part of the elements that make up the structure.

I could spend all day admiring this architectural work since one of the most captivating characteristics of Dongdaemun Design Plaza is that it seems to change throughout the day, depending on external factors and light, due to its structure and material. At night it becomes a spectacle worth seeing, since the lighting system that it has incorporated, plus the surrounding lights that are reflected in the building make it look beautiful and lively.

It is important to mention that the integration of green areas was also considered so as not to lose the natural part and continue under the Seoul line as a greener city. These were integrated into the roofs and around the building.

DDP is made up of 5 halls: Art Hall, Museum, Design Lab, Design Market, and Dongdaemun History and Culture Park. Together they form a key space in the city that hosts different events, shows, exhibitions and conferences related to design in general.

Did you know that the letters DDP don’t refer only to Dongaemun Design Plaza? These 3 letters also serve as a wordplay between the name of the place and its slogan: Dongdaemun Design Plaza, “Dream, Design, Play”.

What about Dongdaemun Area?

That’s right, Dongdaemun is a district of Seoul that lends its name to this incredible landmark, in fact, this area of ​​Seoul is one of the most important since here, we can find the nation’s first designated treasure Heunginjimun Gate, one of the 4 main gates built in ancient times in the fortress that surrounded the city of Seoul.

Dongdaemun is also well known for being a shopping district, combining modern shopping centers with more traditional markets where you can find clothes and related items at much more accessible prices, they are also considered as flea markets.

From Dongdaemun Subway Station you can also access Cheonggyecheon Stream, the perfect place for a walk at any time of the day.

At night the Yellow Tent Market (official name is Dongdaemun Sebit Market) appears behind DDP, a flea market where you can find multiple items as well as street food and late-night snacks.

It is clear that Dongdaemun Design Plaza DDP, is an unmissable place to visit and fall in love with its architecture that blends perfectly with the environment. For me it was very interesting and fun to explore all its exterior corners, there is no doubt that it offers you great spots to take amazing photos as well as an extraordinary place to watch the sunset reflected in the delicate shapes of DDP. Also, don’t forget to visit each of its halls and discover the latest trends and works in terms of design and innovation worldwide.

You can take subway line 2, 4, 5, to Dongdaemun History & Culture Park Station, from there just take exit 1 and Dongdaemun Design Plaza will appear in front of your eyes.

Hi there! I'm Patty from Mexico. I used to work in an office but one good day I leaved everything to chase my dream: Live in Korea. I've been an enthusiastic of Korean culture from long time ago and am incredibly fortunate to currently live in Seoul. I love exploring Korea and discover every corner so I can share with you the places, food, architecture, traditions, culture that this beautiful country has to offer. 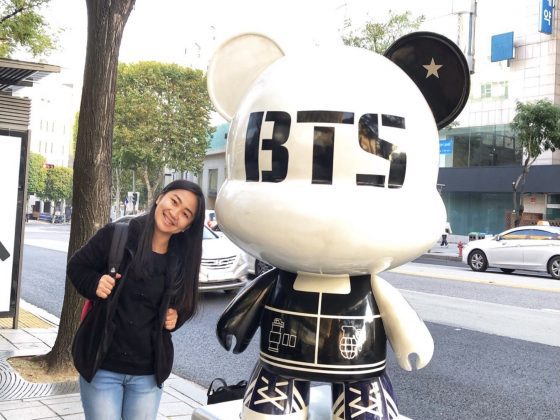 K-Star Road in Gangnam: A Must-visit Spot for K-pop Fans 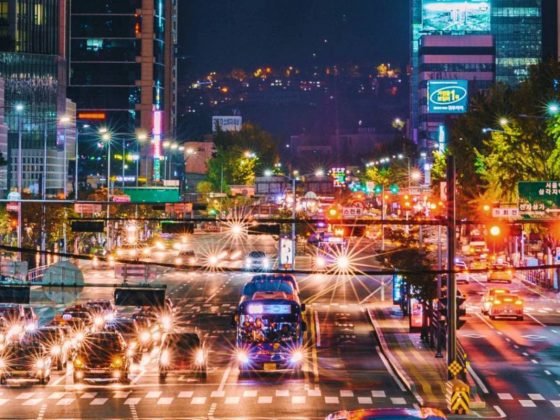