There is a beginning, a middle, and an end in most stories. However, most legends, especially creation stories, are not as structured as this. The Legend of Dangun is one of these stories that meaders throughout history. This is the fascinating tale of the creation of Korea and the collective identity of the Korean people.

The legend of Dangun, or Tangun is one of the first stories Koreans are told when they are young. 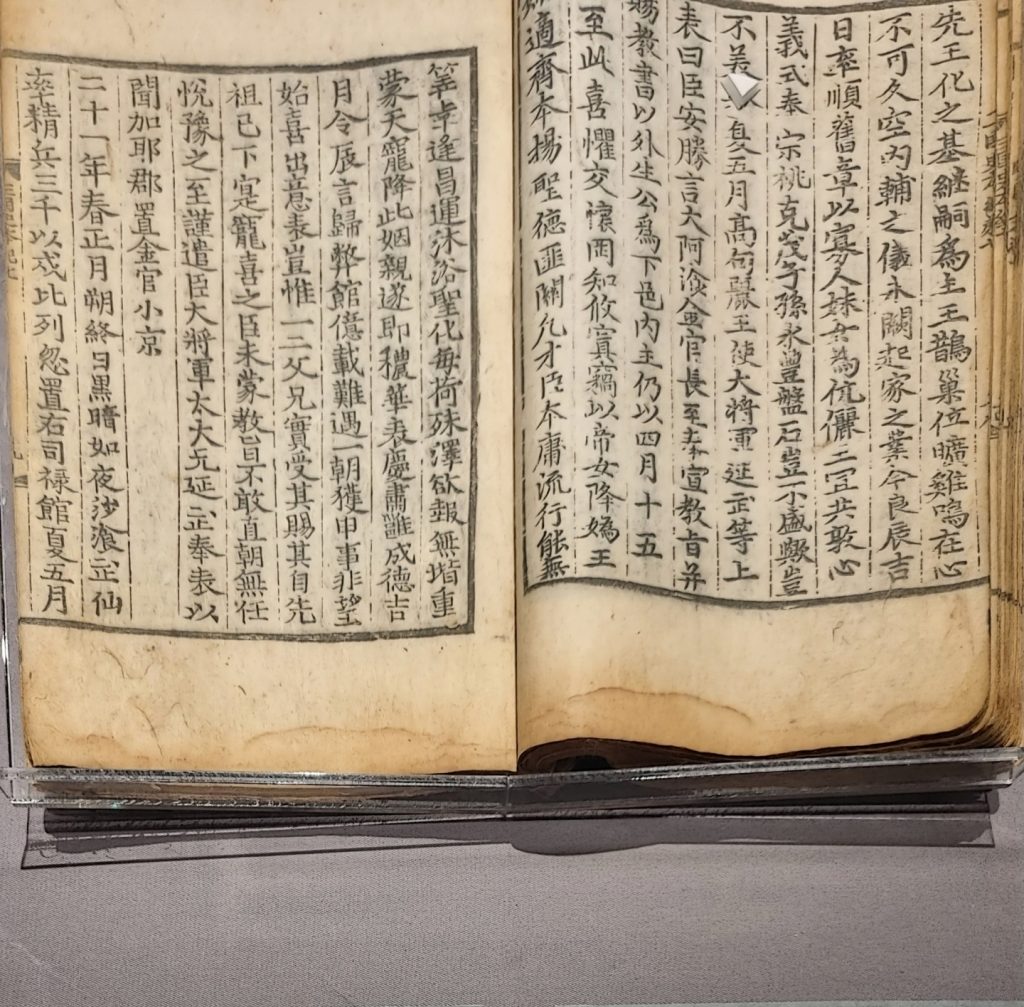 The tale begins a long time ago when Hwanin (The God of the Heavens) saw his son Hwanung taking an interest in the human world. One day as Hwanin was gazing down at the human world. He saw the beautiful mountains of what would become known as Mt. Taebaek and decided he would create a great kingdom.

And so, Hwanin decided to send Hwanung down to the land of the humans to rule the land. He gave him the Three Seals of Heaven, or Cheonbuin as it is known in Korean.

Hwanung gathered a group of soldiers and marched down to the summit of Mt. BaekTu. There he began to rule the human world. He oversaw food production, finances, and all aspects of society. He commanded the gods of wind, rain, and sky to do his bidding, and the kingdom was slowly beginning to form. Life flourished on the earth.

Naturally, every flourishing society needs a ruler. That is where Dangun comes in.

One day, a tiger and a bear cohabitated in a cave. They both wished to become human. They prayed to Hwanung, the creator of the human world, every day to fulfill their wish to become human.

According to the Samguk Yusa, Hwanung decided to visit them once and gave them ‘divine’ mugwort and twenty garlic bulbs and explained:

“If you eat this holy food and do not see the sunlight for one hundred days, you will become a human being. The bear turned into a woman after twenty-one days of observing the taboos. Still, the tiger failed to abide by them, failing to acquire a human body. Every day Ungnyeo (Bear Woman) prayed under Sindansu (Divine Altar Tree) to conceive a child. Still, there was no one for her to marry, so Hwanung turned into a man and married Ungnyeo, giving birth to a son named Dangun Wanggeom” (Iryŏn et al. 18). 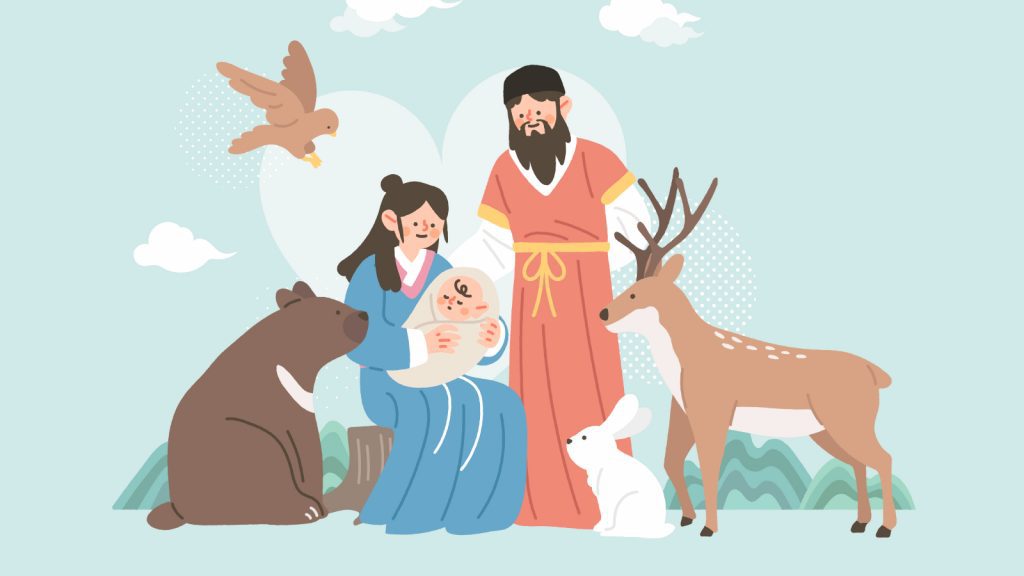 When Dangun grew up, he decided to set up a capital with the creation of Pyeongyang Fortress. He named this the kingdom Go-Joseon.

According to legend, Dangun lived to be over 1,908 years old. At his death, he was deified as a Sangsin, or mountain god. Through this knowledge, he continues his vigilant watch over the Korean Peninsula still to this day from atop Mt. Paektu.

If you want to learn more about the myth of Dangun, Click Here.

Dangun is still relevant in today’s society in both North and South Korea. He is a symbol of nationalism and collective identity. Whether it’s the Mausoleum of Dangun in North Korea or celebrating Danguns accomplishments through a national holiday, you can definitely see his influence on modern society today and his significance in Korean culture.

One of the most fascinating modern structures dedicated to Dangun (that most people won’t have heard of) would be the Mausoleum of Dangun.

The Mausoleum, located in North Korea, is about an hour outside of the capital city of Pyeongyang. The memorial was constructed in 1994 after then-leader Kim Il-Sung deemed Dangun to have been a real person. They claim to have found his remains and a mausoleum was built to encase the body. It opened later that year for the public to view.

If your nationality allows you to visit North Korea, you can visit the Mausoleum, as it is open for tourism. You can purchase a ticket and visit the tomb with a guide accompanying you.

If you are feeling daring, you can even go inside the tomb and view the bones of Dangun for an extra fee. However, one must be aware that the bones inside the tomb have not been scientifically confirmed to be Dangun’s remains. The likelihood of them actually belonging to Dangun are quite slim. Nevertheless, I think this would be very interesting attraction to visit and see. I highly recommend going to see this structure if you can visit North Korea.

Another exciting thing about the Dangun myth is that there is a holiday celebrating the story. National Foundation Day , or Gaecheonjeol, is celebrated in both North and South Korea. However each country has it’s own ceremonies and traditions surronding the holidy.

Most South Koreans do not believe in the historical existance of Dangun. Thus, in South Korea people celebrate the holiday as a symbol of collective identity. There are parades and performances on display throughout the country.

However, North Koreans view Dangun as an actual historical figure who is their ancestor. As such, they hold funerals and remeberance ceremonies.

Although there may be many stories about the founding of a society, the story of Dangun is unique because it continues to capture the minds and hearts of the Korean people, without being connected to a single religion. This is especially true in modern Korea, where Dangun is still remembered during National Foundation Day. I believe that Dangun is one of the most interesting figures in Korean history. Hopefully, we will find definitive proof of his existence one day, which would allow the myth and legend to become true history.

If you have an insterest in Korean historical figures and legends, Click Here to read about the murderous price Sado.