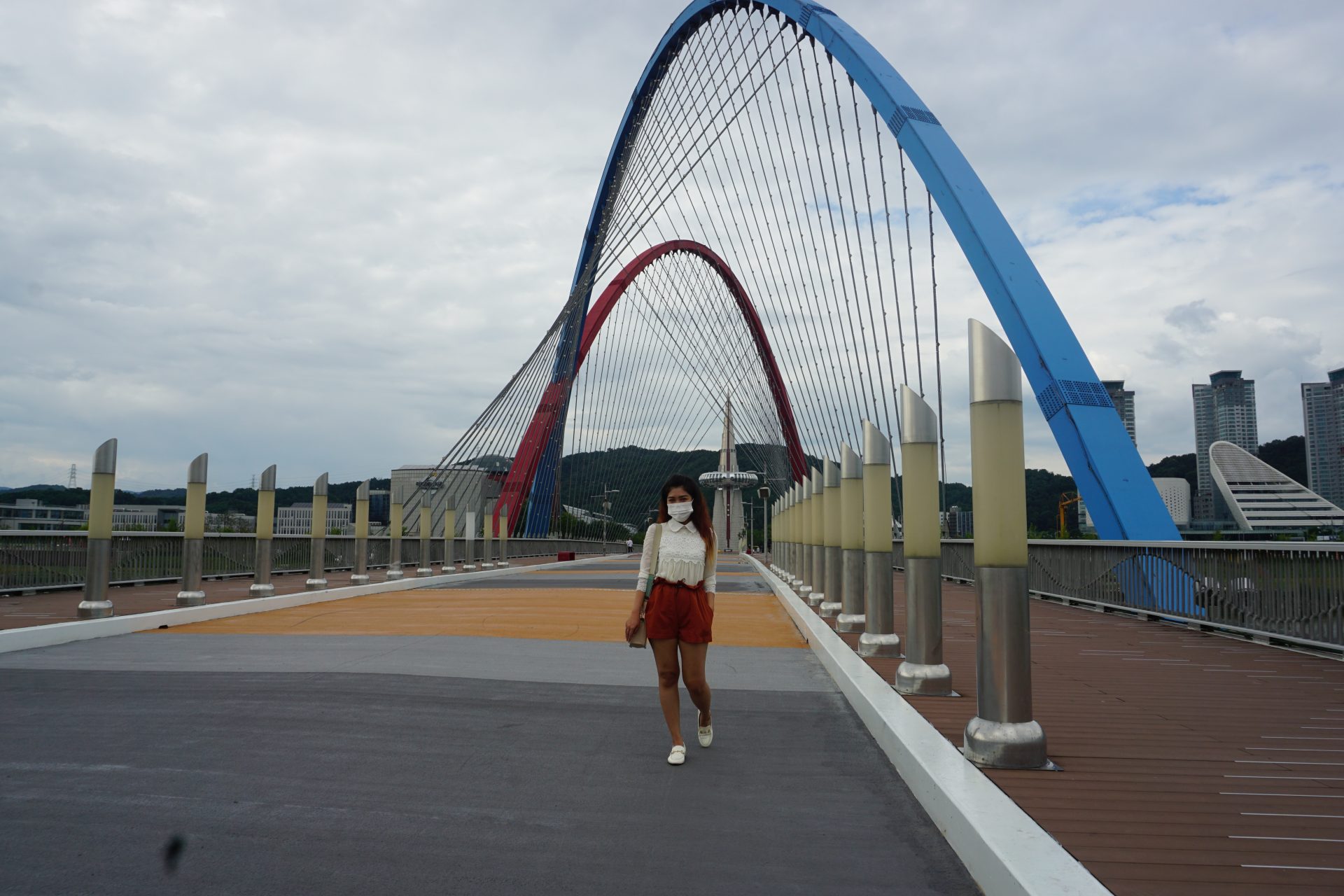 With its strategic location in the central region, Daejeon is a good place to go if you want to if you want to explore Korea outside of Seoul. It is the fifth largest city in Korea has a lot of sceneries and tourist attractions to offer. One of that is the Daejeon Expo Science Park which is also a filming location of some Korean dramas.

Daejeon Expo Park (대전엑스포과학공원) was established in 1993 in Yuseong-gu. It comprises various facilities that exhibit souvenirs and symbolic objects throughout the years of expo history. It also as an institute that educates the citizens of Daejeon about the city’s traffic culture, and more.

What to See at Daejeon Expo

One of the major attrations at Daejeon Expo Science Park is the Hanbit Tower or the Tower of Great Light. Its exterior displays the sculpture which was widely used by people in ancient times. Indeed, you can feel the symbolism of Tower of great light before entering. In addition, the first floor serves as a preliminary space for the observation platform. There you can see pictures of major tourist attractions and audio-visual aids that symbolize Daejeon.

Furthermore, you can also visit the Daejeon Expo Commemorative Center. Its first floor has a gallery with different themes such as Memory, Transition, Aspiration, Delight and Harmony. There you can see the history from the of Daejeon Expo. While the gallery on the second floor exhibits about five thousand souvenirs of World Expo. It also dispalys items from the London Expo, which is the first World Expo in 1851. Also, it has national halls for Korea, China and Japan.

This pavilion has the Daejeon Unification Hall among other unification halls which see aims to broaden the understanding of North Korea. Visitng this place will make you imagine a unified Korea in the future.

Another place to visit in the park is the Daejeon Traffic Culture Institute. This institute aims to educate people about traffic safety and improvem the traffic order consciousness of transportation workers. The first floor has a Transit Museum and a media room. While the second floor a Traffic Safety Simulation Experience Center. On the third floor, you can find the Traffic Safety Culture Learning Center. Additionally, its outdoor space has courses that both kids and adults could enjoy. It include Mini Train Courses, Bicycle Training Courses, Minicar Driving Training Courses, and Traffic Safety Simulation Experience Course.

Expo Bridge (엑스포다리) is a pedestrian bridge designed by Hui Lee Shun that spans the Gapcheon or Gap River.

This bridge is one of Daejeon’s city landmarks.

This bridge appeared on several Korean dramas such as “Search: WWW” and “Angel’s Last Mission: Love”.

Another nearby Korean drama filming location is the Golfzon Zoimaru (골프존 조이마루). This is seen as part of the Barro office in the Kdrama “Search: WWW”.

For other places in Daejeon that you can visit, please see the links below:

#SquidGame Make Your Own Dalgona
Amidst Seongsu Bridge
Film Festivals in Korea
How to Get a Tattoo in Korea
Best cafes in Seomyeon Busan
Make Your Own Neon Sign @ SMOO:D, Seo...
Multi-entry visas approved for touris...
Defining My Own Success: Catatan Juan...
Total
1K
Shares
Share 1K
Tweet 0