For most people, Daegu may seem like an ordinary city as other major cities in South Korea and unfortunately  I also used to think like others. But after moving to this hidden city, I changed my mind. Here why I am calling “hidden city”, because there are lots of places to explore for me, ranging from modern places to traditional tourist destinations. That’s why I’m trying to know more about this city. And today I’m going to share with you one of the old Korean folk village named Otgol Village (옻골마을) where you can experience the beauty of old Korean style traditional houses. Otgol Village is home to an ancient royal family. They are valuable assets to study building  construction and life style of Yangban family in Joseon Dynasty.

Daegu Otgol Village is where Korean traditional houses and nature make harmony all at once and gives a chance to feel a strong sense of Korean culture. If you tired from the busy life, how about visiting this place to feel breathtaking beauty and the antiqueness of Korea?

Otgol Village, located in Dunsan-dong, Dong-gu, Daegu, has two origins: the story of being called Otgol because the topography of the village is surrounded by mountains on three sides except the south, and others believe that it was called Otgol, because there are many lacquer trees in the surrounding mountains and fields. Based on its Chinese character, the latter one is believed to be more appropriate. On the road to the village, there are 350-year-old zelkova trees designated as a nurse-trees, and at the entrance of the village are two huge pagoda trees whose ages are also almost 350 years old. The village begins after passing the shade under the huge trees. Otgol village is the clan village of the Gyeongju Choi family that settled in the area in 1616 with the arrival of Choi Dong-jip, a scholar in the mid-Joseon era.

Some of the houses in the village have been renovated in a modern style, but the old houses, old roads, and traditional stone walls have kept their original forms. In particular, the Baekbulam Old House, the house of Choi’s family in Gyeongju, is located in the innermost part of the village, built in 1694 by Choi Gyeong-hyang, the grandson of Choi Dong-jip, the oldest house in Daegu, and is the oldest residential building in Daegu. It consists of a shrine and is currently designated as a nationally designated cultural property No. 261. In addition, the village, built of soil and stone, is harmonized with traditional houses, creating a tranquil atmosphere and catching the attention of tourists.

You shouldn’t leave without visiting this part of village as it’s the Baekbulgotek or Baekbul traditional house. Because recently, it was featured in the K-drama ‘Hyde, Jekyll and Me’. And as I said above it features the oldest house in the Daegu area, having been built in 1694 by Choi Gyeong-hyang, a grandson of Choi Dong-jip. It’s comprised of Sallimchae, Bobondang, and two shrines and it is designated as National Cultural Property No. 261. Especially, one interesting point here is that the building has different levels for its roof which means the rooms with the higher roof were used by parents and elders while the rooms with the lower roof were used by children. 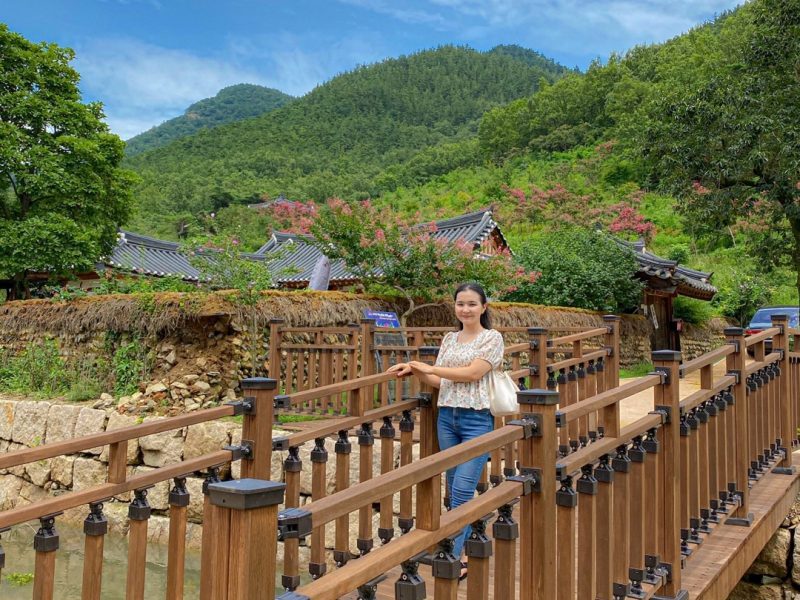 If you visit in summer or spring, you can see the village with beautiful flowers, especially on spring season cherry blossoms and forsythia. If you are lover of taking beautiful photos, I recommend to visit one of these seasons. In addition, if you are for the first time in Daegu, I recommend to visit nearby tourist attractions together so that you will not lose your time. These places are not so far from each other, you can decide which place to visit first. And nearby must-visit places are the forest of Oriental Arbovitae in Dalseong, which is the No. 1 Natural Monument of Korea, as well as the Bullo-dong Tumuli Park and Palgongsan Provincial Park. 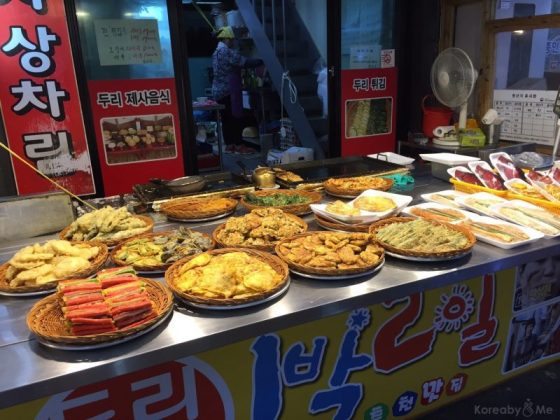 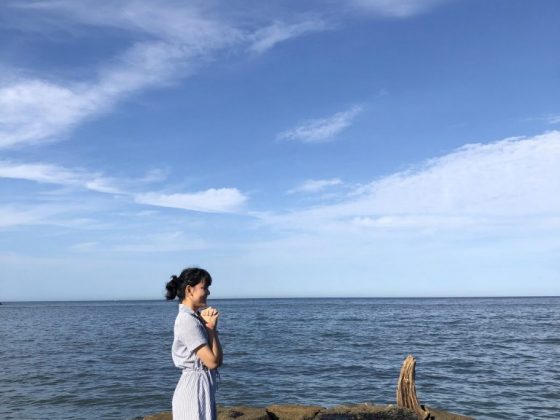