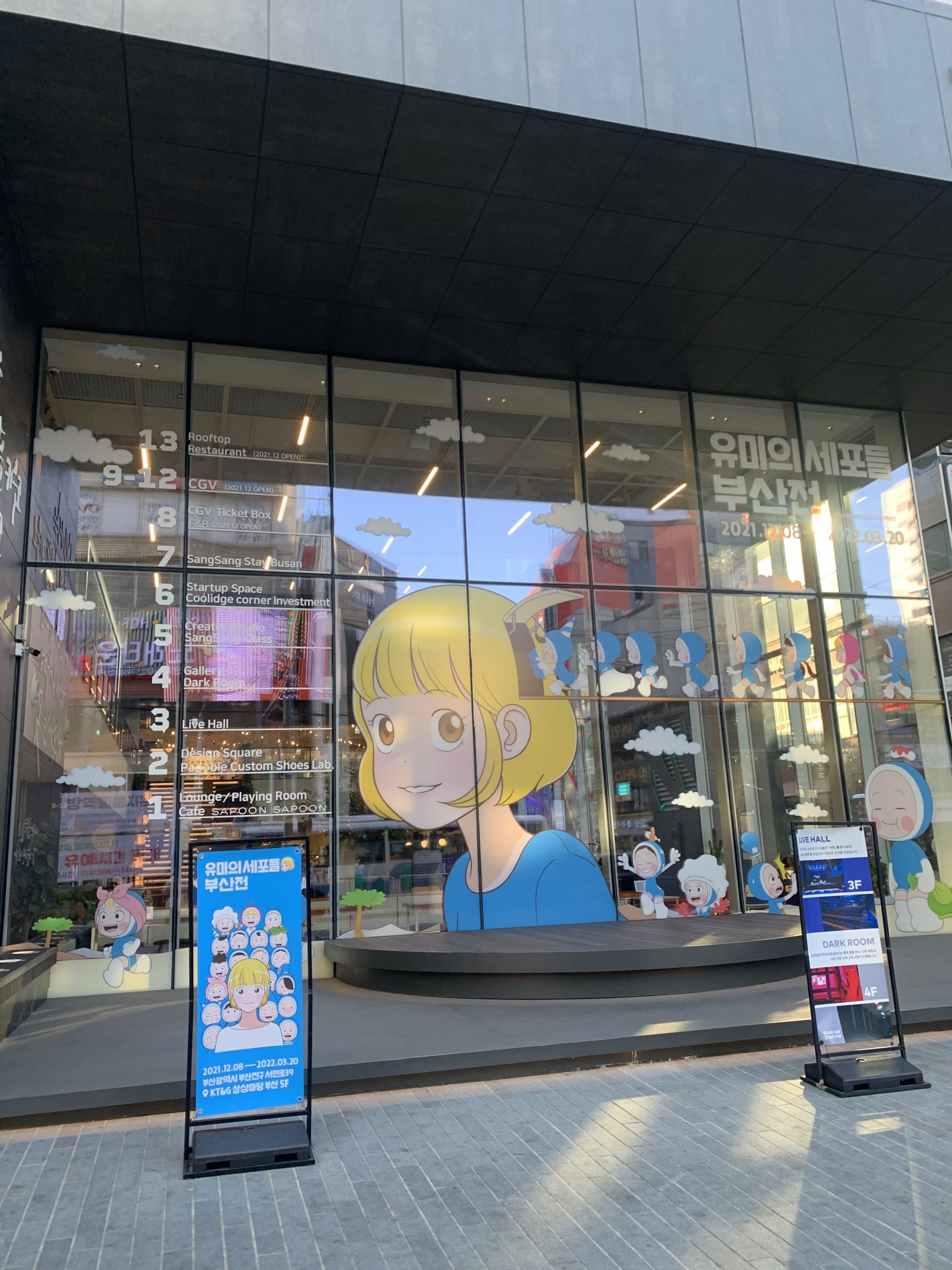 South Korea is famous for its futuristic and extravagant coffee shops and exhibitions. It’s not uncommon for them to collaborate with a variety of popular cartoons. I love cartoons, so I set out to find a few places where I could get my fix of classic cartoon cuteness. As a result, I’d like to share three cartoon-themed places I discovered in Busan.

Yumi’s Cells Exhibition is being held in Busan’s Seomyeon neighborhood. Yumi’s Cells is a popular cartoon turned K-Drama that began airing on TV in Korea in 2021.

It is based on a webtoon that depicts people’s daily lives, including happy and sad moments. The webtoon released new episodes for 5 years and 7 months, completing their last episode in 2020. The cartoon was, in my opinion, one of the cutest and most original cartoons I’ve ever seen.

Back in the day, I was thoroughly engrossed in the cartoon and eagerly anticipated the arrival of new episodes each week. And being able to attend this exhibition meant the world to me. When I heard about the Yumi’s Cells exhibition, the first thing I did was look up the location while riding the KTX so that I could immediately drop off all my luggage and go see it.

One of the biggest surprises for me was seeing the collaboration between Baskin-Robbins in Busan and the Peanuts. Never in my wildest dreams could I imagine such a partnership.

The outside was super adorable. The ice cream shop had two stories and was decorated with Peanuts-inspired designs both inside and out. They also sold peanut-themed merchandise that was well worth purchasing. I truly regret questioning my decision and ending up not buying all of the merch I wanted. 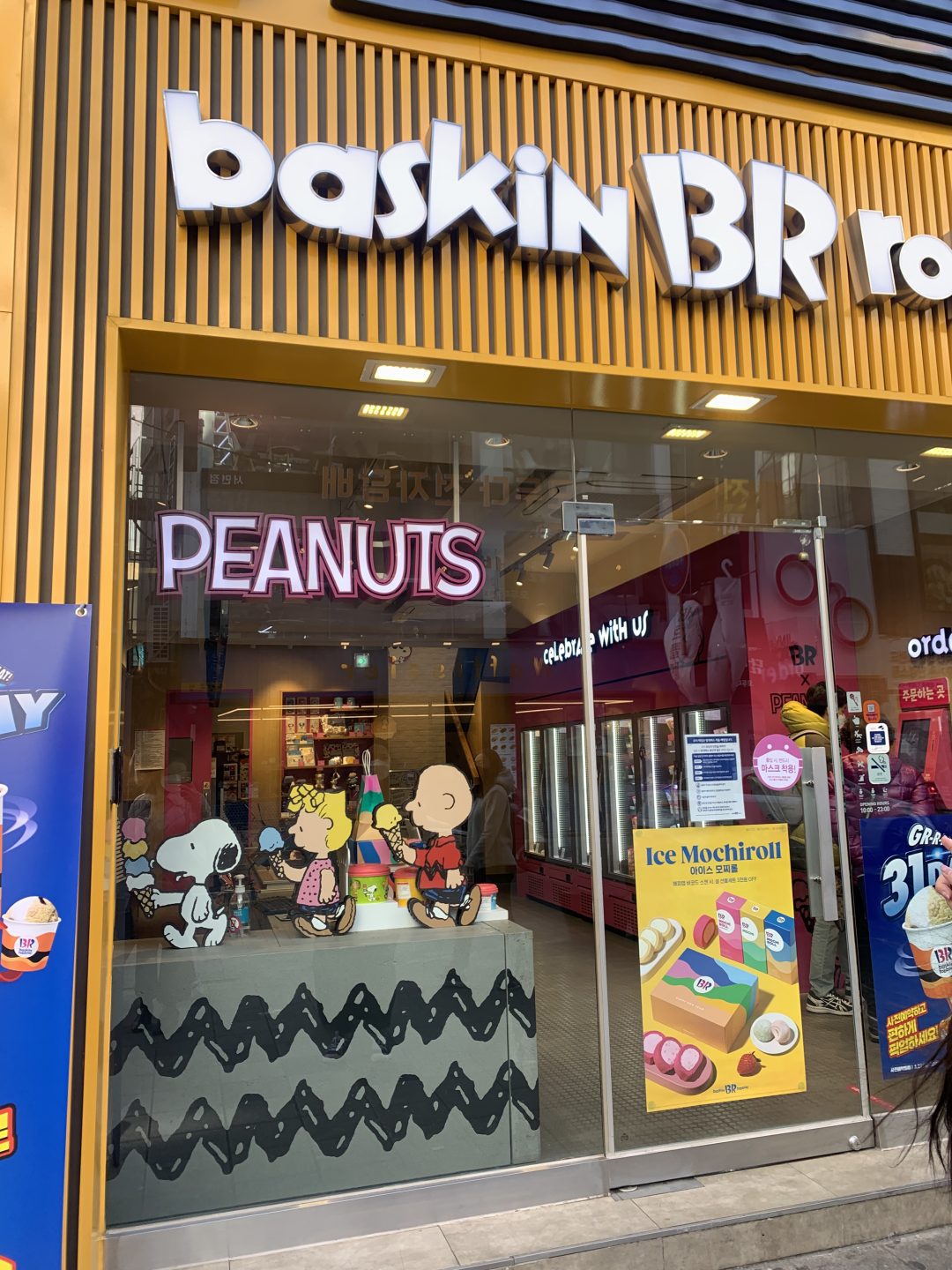 However, I must say that I was more than a little disappointed that they did not provide any special Peanuts-themed ice cream flavors. It would have been so easy! Peanuts in ice cream, is it that hard?

I had high hopes of trying at least one new Baskin-Robbins flavor. However, I was disappointed to see that all of the flavors were the same as those offered at any other Baskin-Robbins location. I really hope they release at least one Peanuts-inspired ice cream flavor in the future.

Busan loves the peanuts! And so, it is not too surprising that two of the three classic cartoon-themed places I managed to find are The Peanuts-themed. 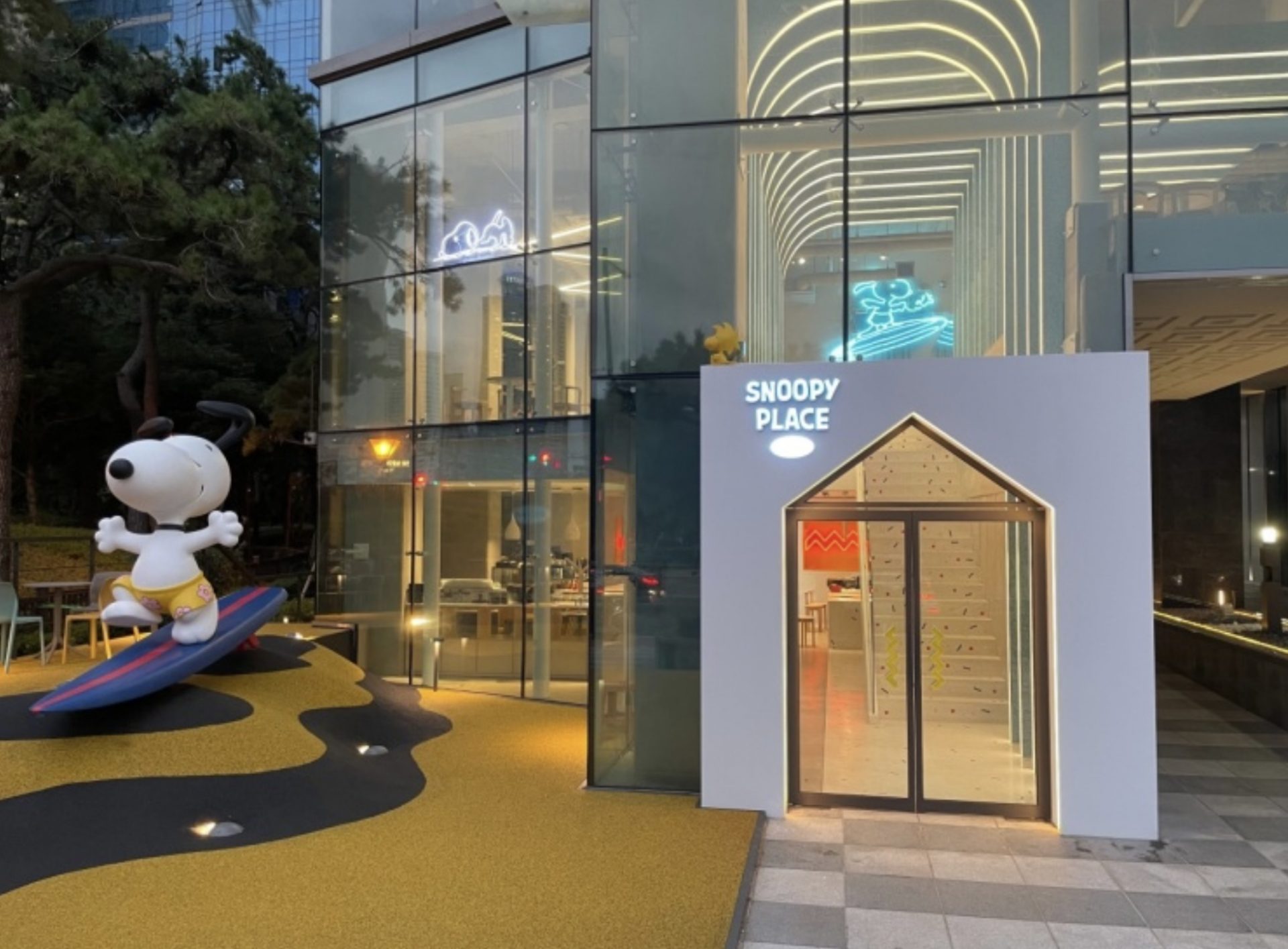 Snoopy was my favorite cartoon character as a kid. Something about him had a profound effect on me. I recall imitating him as a kid by lying on top of my mother and pretending she was my house. Also, like Snoopy’s friend, I used to carry a tiny blanket.

So, I was so excited when I happened upon this Snoopy coffee shop on my trip to The Bay 101. I was completely impressed with their menu design. Plus, the adorable designs including all of the Peanut characters were adorable. It was simply too cute to be a coffee shop.

The numerous beverage options were overwhelming to me. But having signature menu items like “Snoopy and Friends” and “Charlie’s Victory” uplifted my soul.

Danyang, a beautiful mountainous vill...
Sindo, Sido, and Modo Islands
How to Get the Most From Your Kimchi ...
Korean Gothic Bar Cafe: Poongryu Hall
Seoul Botanic Park
How I spent my second spring in South...
Uirimji Reservoir: Crystal-Clear Lake...
How to Send Money from Korea to the U...
Total
856
Shares
Share 856
Tweet 0

Just a typical university student who likes to travel and write. 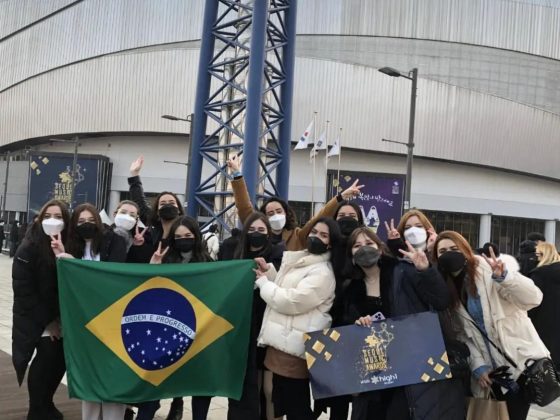 How to Attend K-Pop Award Shows in Korea for Free