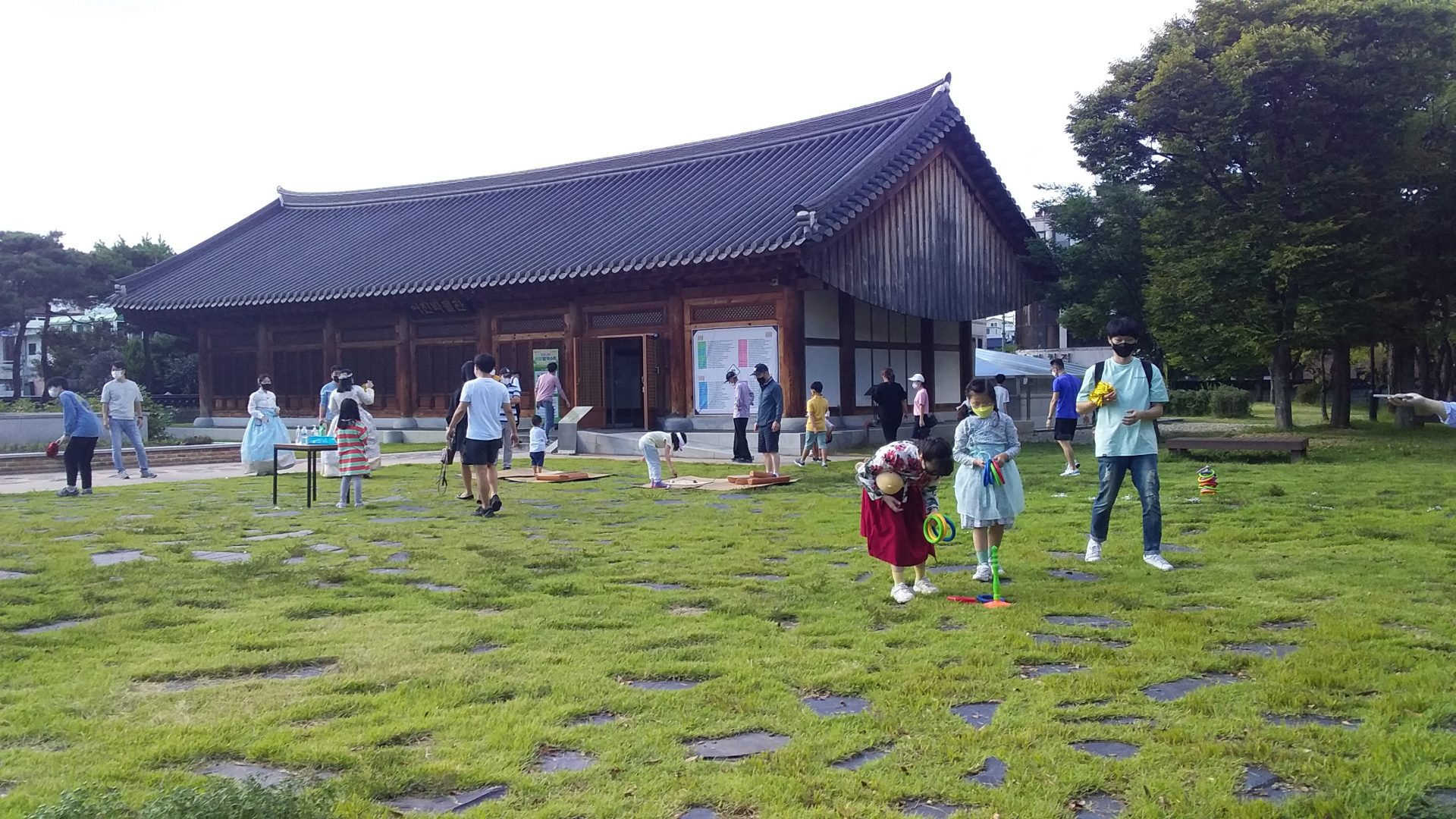 During Chuseok last year, instead of just staying indoors as we did in 2020, my friends and I decided to go on a day trip to Jeonju. We went there on Sunday, a day before the official Chuseok holidays began. Personally, I have always wanted to see Jeonju Hanok Village. Since it was Chuseok weekend, I thought the attraction would have fewer visitors because Koreans would be busy preparing for the holidays or going back to their hometowns. Not to mention, we are still in the middle of a pandemic. But guess what? I was totally wrong! The whole place was packed with people. Read on to find out what happens during Chuseok in Jeonju Hanok Village.

The sun was out and there were scattered clouds in the sky. It was a perfect day to be outside. I, together with three of my friends were headed to Jeonju Hanok Village. It was our first time seeing the famous tourist attraction. From our school in Nonsan, it was only an hour and 10-minute drive to Jeonju. 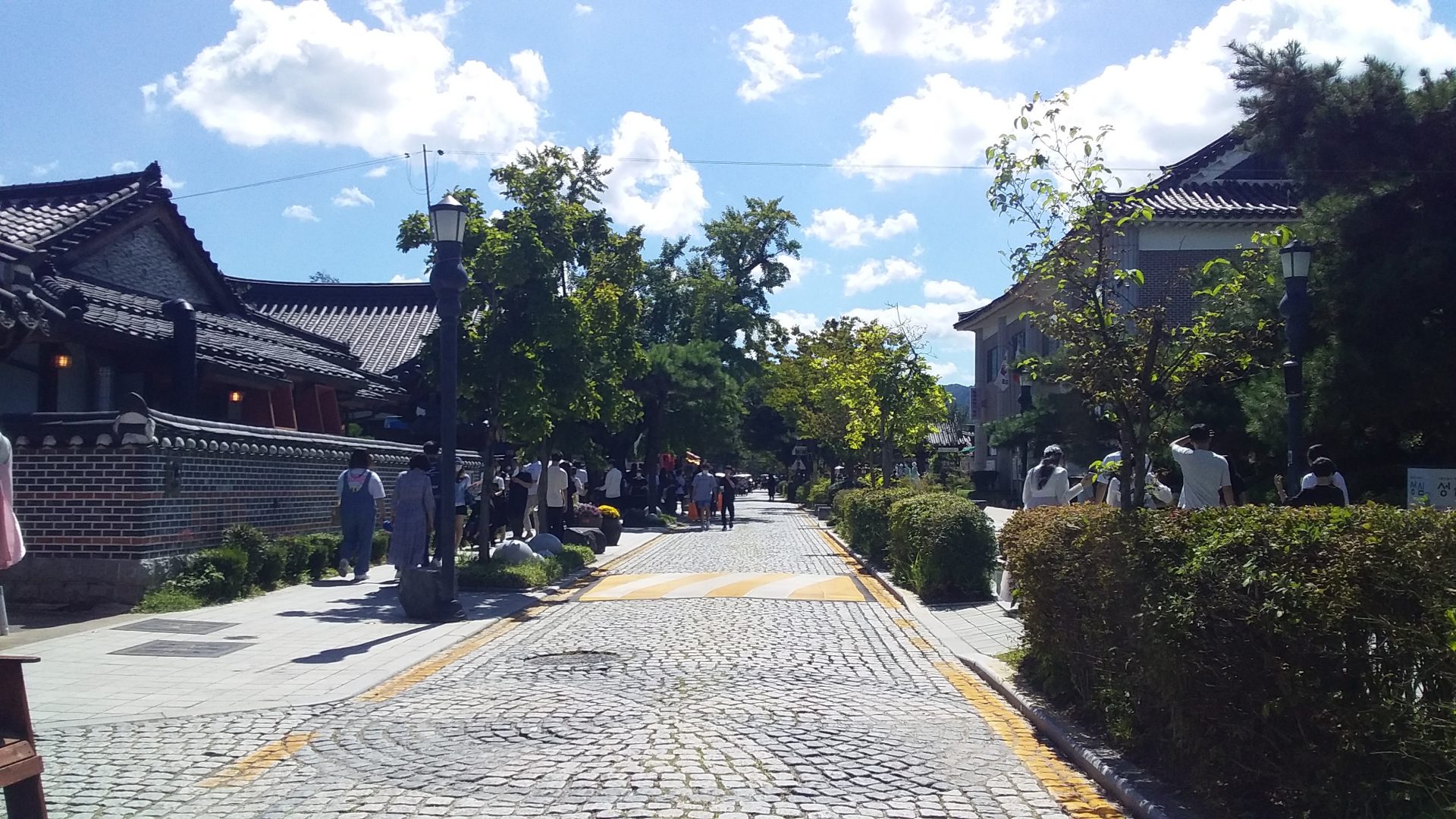 We arrived at the hanok village at around 12 noon. The roads were not congested on the way there, only when we reached the entrance to the car park where we had to queue for about 15 minutes was there traffic. There were a lot of cars going inside, fortunately, we managed to get a parking spot. From there, we could already tell that the village was going to be very crowded that day.

As we walked inside the village, we immediately searched for a restaurant where we could eat lunch. Actually, we did not have an itinerary, so everything was up in the air. Our plan was to just go around the village for sightseeing. 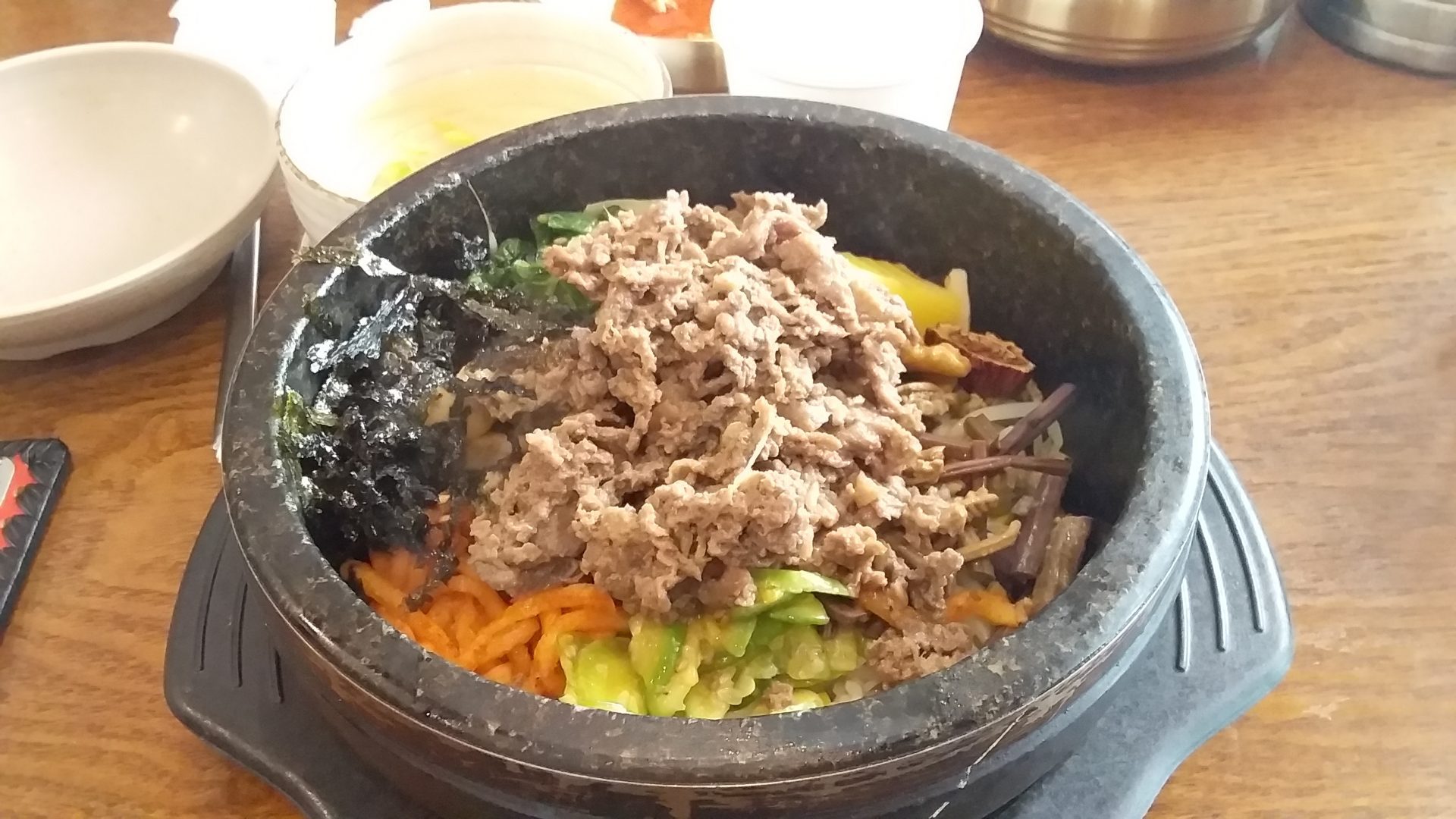 Given that we didn’t eat any breakfast, we were famished when we arrived there, so we had lunch at the very first restaurant we could find. That restaurant was “Gogung Suragan”, which serves a variety of the famous Jeonju bibimbap. The place was full since it was lunchtime, therefore, we had to wait for about 10 minutes for a table. Eating there proved to be a good decision because we completely enjoyed their palatable bibimbap. 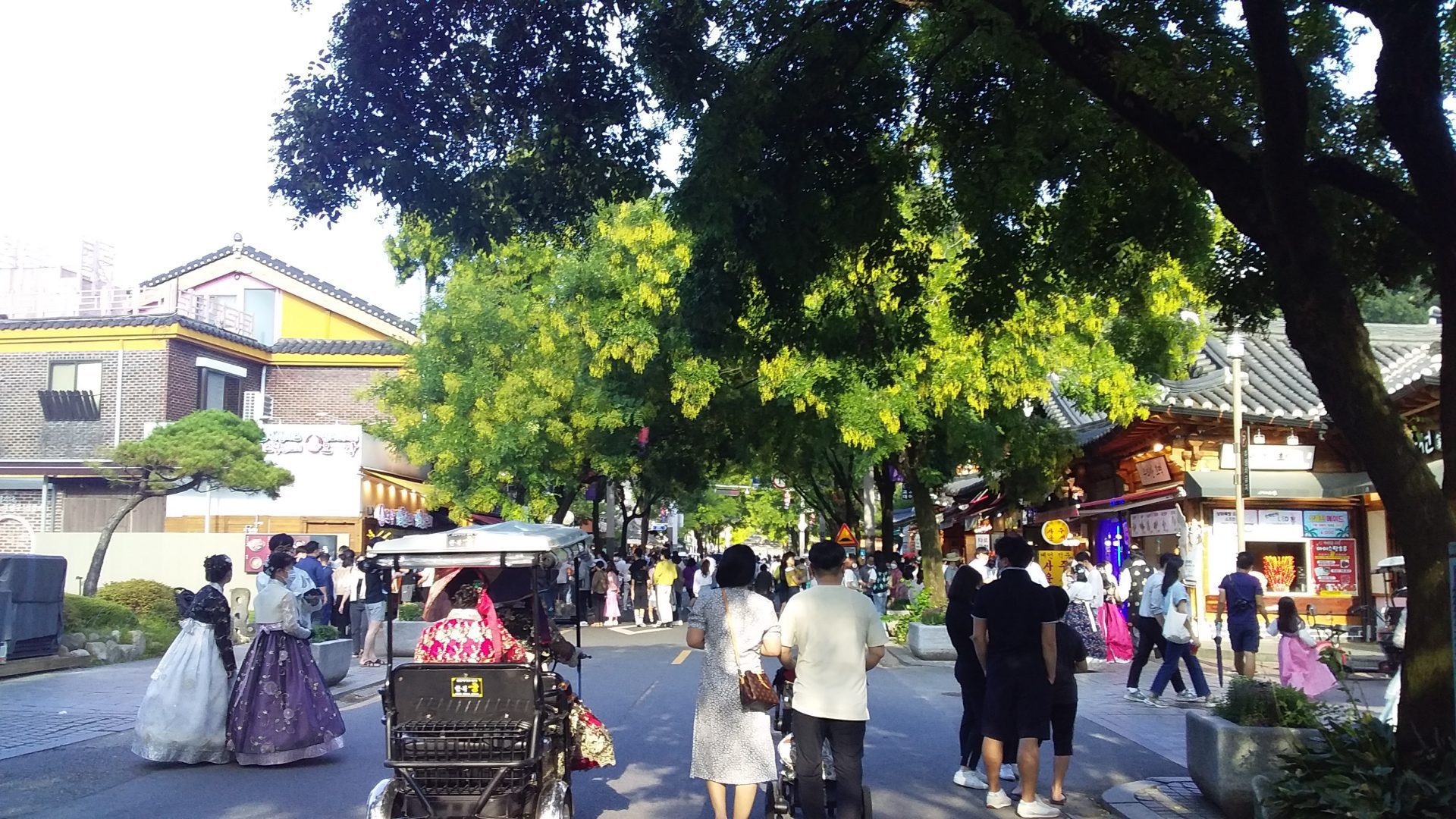 We roamed the streets after having our lunch. It was very crowded and the whole atmosphere was so lively. One would think there was a festival taking place. People walked in every direction. 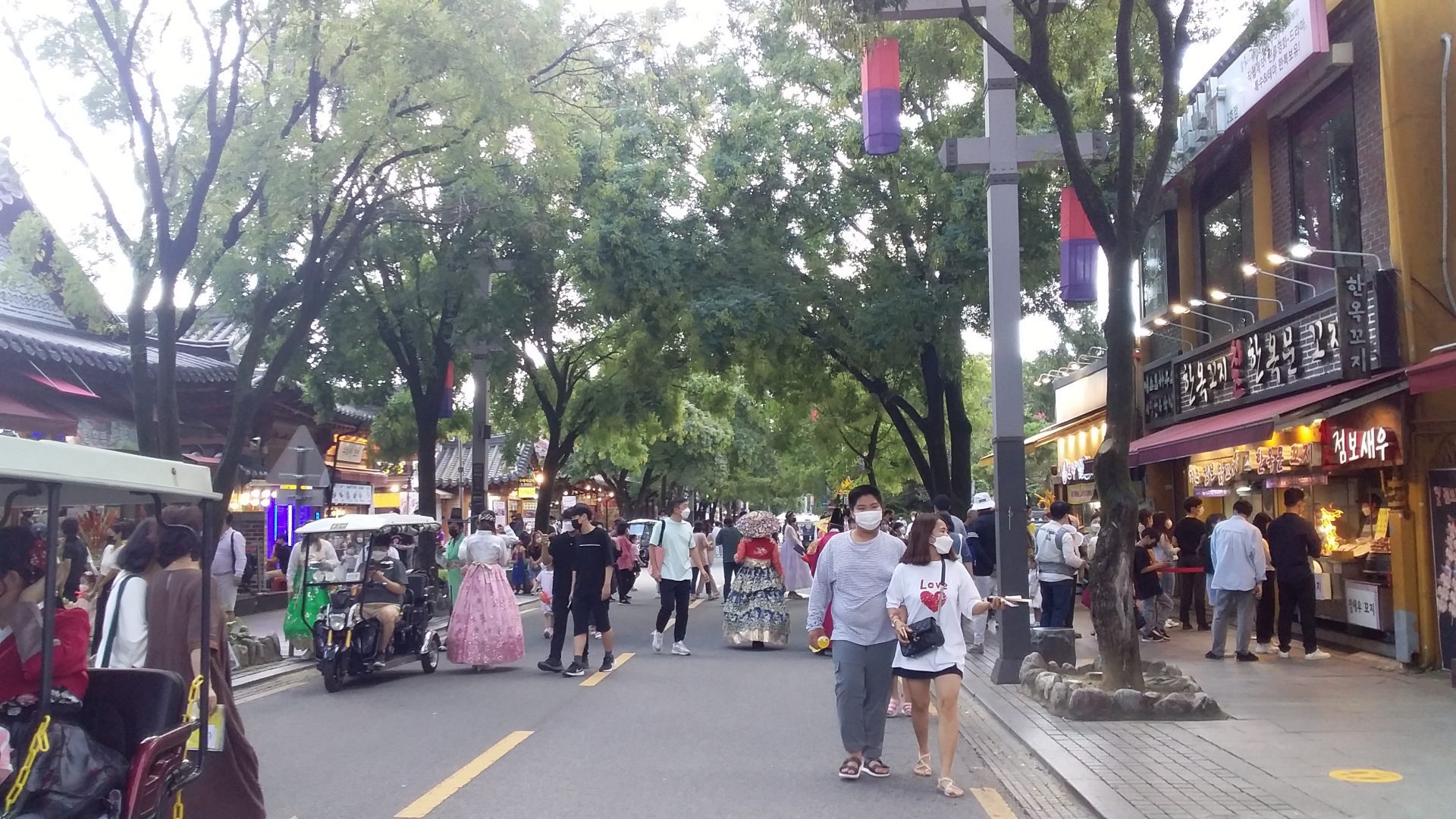 Many were dressed up in brilliantly embellished hanboks. Women wore hanboks complete with dainty hair accessories and makeup. Couples were clad in matching ones while a few men opted to wear women’s hanbok to everyone’s delight. Some even drove tricycles while donning traditional clothes.

All the shops in the hanok village were bustling that day. Every hanbok rental shop we passed by had staff inviting us to try on their hanboks. Although we were keen on trying them on, it was quite a hot day so we decided against it. 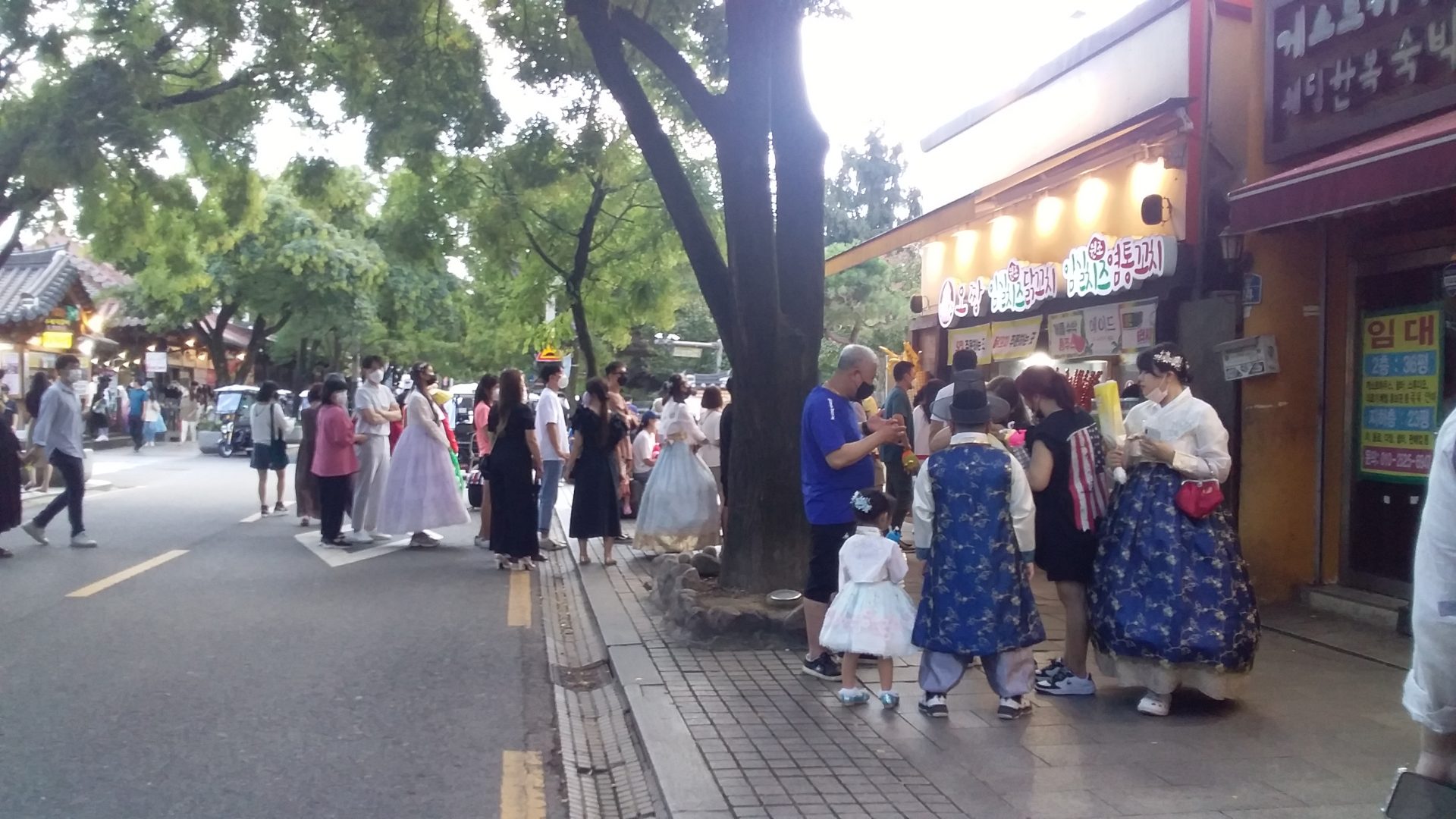 The cafés and restaurants had many people inside. Food stalls had long queues. Other stalls such as caricature painting, fortune telling, and temporary tattoos also had a good deal of customers.

On the street corners, there were people playing “jegichagi”, a Korean traditional game where players kick a jegi, and whoever makes the greatest number of kicks wins. Kids also played “jegichagi, “yutnori” – a board dice game using four sticks, and other traditional games at the grounds of the Royal Portrait Museum.

To be honest, I never expected Jeonju Hanok Village would look like that. What I imagined was traditional houses in a fairly quiet neighborhood, not a commercial district.

It was utterly impossible for me to appreciate the hanok because all I saw were stores and people. Nevertheless, it was an enjoyable experience. Everyone there was excited and in a festive mood. For a few hours, I believe they forgot about their worries of the pandemic. For a moment, it felt like a normal holiday again. 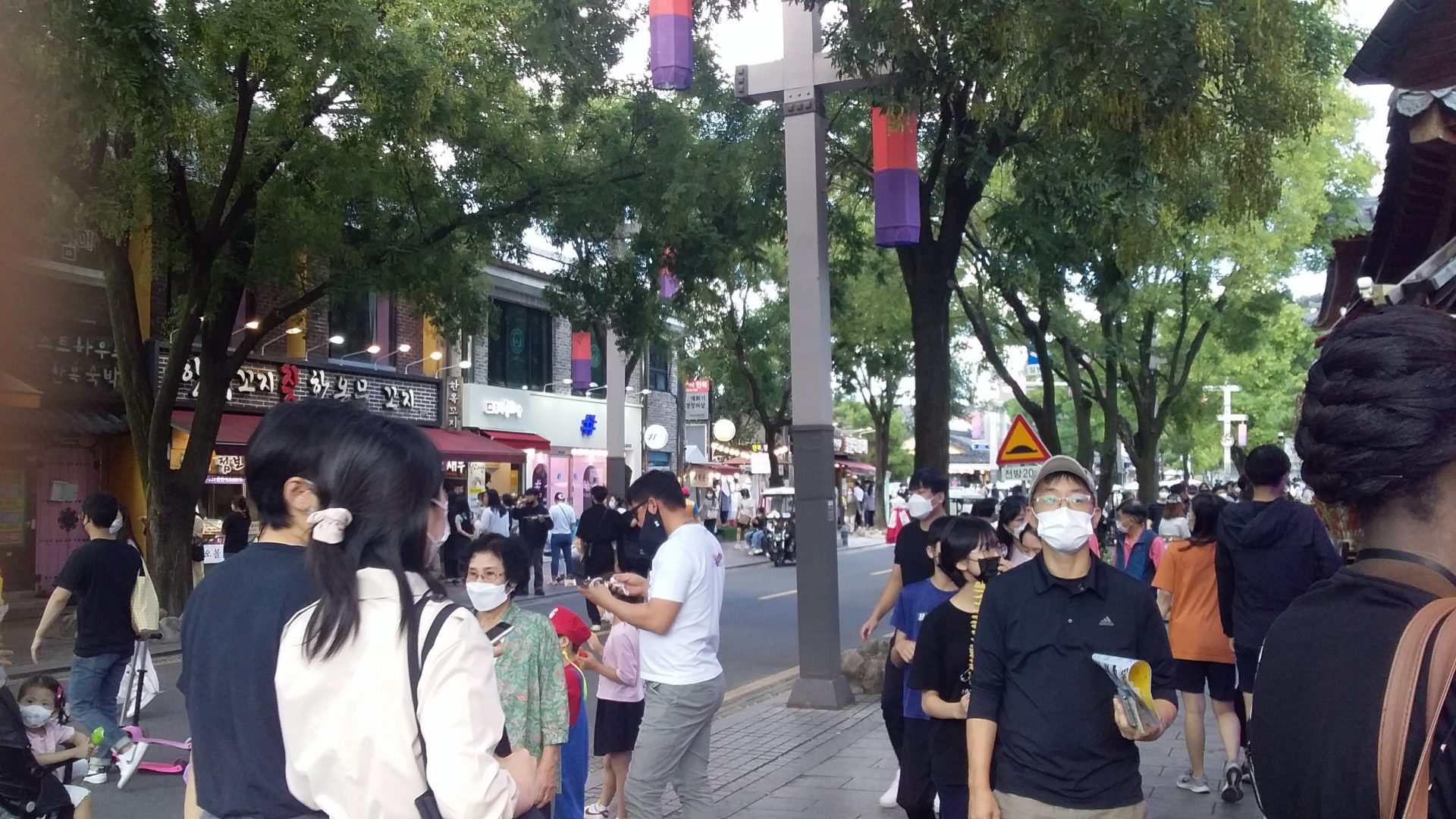 If you’re planning on going this year, you can probably expect an even bigger crowd. Now that there are no social distancing measures in place, other than masks indoors, this Chuseok festivities will likely be bigger than ever.

Check out other articles about Chuseok here: 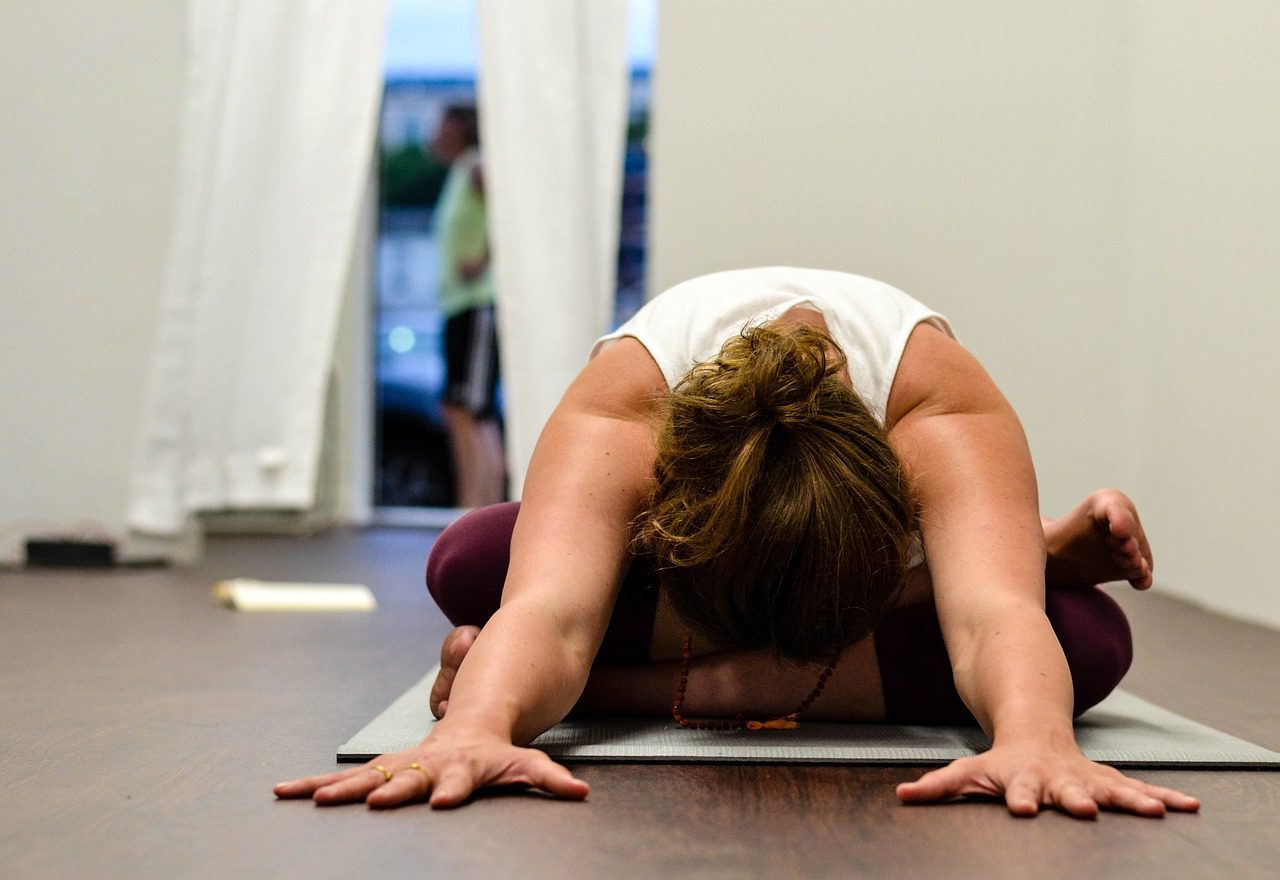 How to Reduce Anxiety in Korea 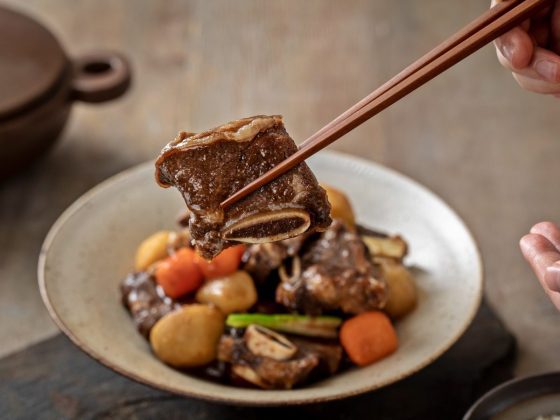 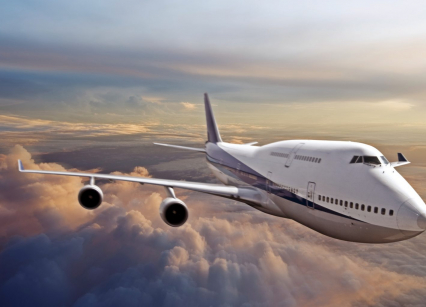 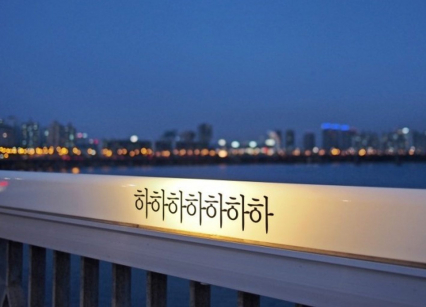 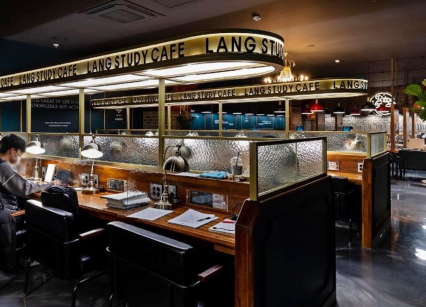