Cheonggyecheon Stream is an urban recreational space in Seoul. This urban project is considered one of the biggest successes of Korea. The project had received severe criticism from citizens in the beginning. However, after its opening in 2005 it has become a popular place among Koreans as well as tourists. The stream covers around 2,500 square meter area. Chongyecheon stream starts from the Cheonggye Plaza, which is a popular cultural arts venue. The stream passes through 22 bridges before meeting with Hangang River.

You can see lots of people walking alongside the stream or people sitting and having a conversation on the stairs around the stream. The stream is popular throughout all seasons but taking a stroll in summer is the most popular activity to do. Since it is in downtown Seoul, you can see lots of people strolling after getting off from work. I too often end up visiting the place.

Table of Contents
Festive Cheonggyecheon Stream
Some Tips
Reaching There

In one way, Cheonggyecheon has become symbolic of festivals and different kinds of events. Throughout the year various festivals, as well as events, are held alongside the stream. To name a few Lantern Festival, Christmas and New Year decoration, Chuseok Events, Korea Grand Sale Events, and many more. My favorite time to visit the place is during festivals when the whole stream is decorated with lights, lanterns, etc.

The first lantern festival was held in 2009. Since then it is held every year attracting thousands of visitors. During the Lantern Festival, the whole Chongyecheon stream is lightened up with lanterns illuminating and floating lantern figures. Every year the festival has a theme and accordingly lantern figures are prepared.

The theme of the 2019 Lantern festival was ‘traditional folk tales.’ The stream was full of lightened up characters of different folk stories from Korea as well as around the world. The place was not only looking beautiful but it was also nice to see the characters from the stories which I grew up listening and reading. Taking a stroll while being mesmerized with the beauty and at the same time reminiscing childhood memories was a wonderful experience.

The big lantern shaped as I.SEOUL.U was also catching a lot of attraction. Everyone wanted a picture with it especially tourists who did not know when they will be able to come back to Korea. One can also opt for a lantern experience. One can buy a wish lantern and leave it in the river. There were so many people putting their wishes on the boat-shaped lanterns. There is no entry fee. However, one needs to pay to launch a wish lantern. Last year the fee of wish lantern was 5,000 Won.

Seoul Christmas Festival has been taking place since 2015 along the Chongyecheon stream. The stream is decorated with LED lights, a Christmas tree, Santa zone, and many more. In 2019, the celebration lasted more than two weeks. However, the highlighted part of the show was Opening Day, Christmas Eve, and New Year’s eve.

There were various zones. Each of these sections was decorated with a particular theme in mind. The whole ambiance with all these splendid decorations was festive and romantic. A big Christmas tree was placed where the stream starts, decorated grandly and beautifully.  This was the main attraction among all visitors especially couples. Similarly, various decoration lights and lightened up shapes were placed along the stream.

Also, various exhibitions and concerts take place during the festival. So don’t miss the upcoming festival and make lots of unforgettable memories.

I was expecting the stream to be crowded, but what made me curious was the last part of the stream which was way too crowded. I did not expect to see BTS member’s birthday celebratory lights. Fans of BTS has also put a congratulatory message for a BTS member whose birthday comes on 30th December. The beautiful purple lights and congratulatory message has become popular and has been successful in bringing lots of fans to Chonggyecheon to witness it. Since I am a BTS, I also waited in a queue to get my picture there.

Since the stream is quite long you can get down at various station to have access. To name a few City Hall, Euljiro 1(il)-ga, Jongno 3(sam)-ga Station, Dongdaemun History & Culture Park Station. However if you would like to start your tour from the originating point I recommend you to get down at Gwanghwamun Station or City Hall Station.

Most Exciting Summer Day Ever in Gapyeong 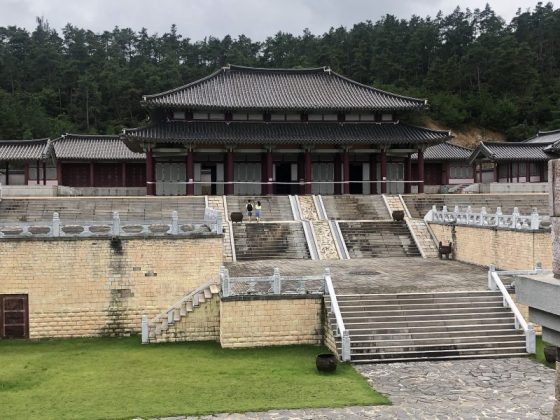 Travel back to the Goguryeo at the Naju Image Theme Park