The Grand Palaces: Changdeokgung and Changgyeonggung

Gyeongbokgung, Changdeokgung, Changgyeonggung, Deoksugung and Gyeonghuigung are the five grand palaces located in Seoul. All of them were constructed during Joseon dynasty. (Joseon dynasty is the last and longest ruling dynasty in Korea 1392–1910.) Each palace has its own beauty, and everyone can choose his favorite one. Personally, I prefer Changdeokgung and Changgyeonggung palaces the most because of their gorgeous and spacious gardens.

Changdeokgung was built in 1405 by King Taejong, the third ruler of Joseon, and served as a secondary palace. During the Japanese invasion Changdeokgung as well as the rest palaces were destroyed. After its reconstruction in 1610, it served as a main palace for about 270 years.

Changdeokgung is located at the foot of a mountain and covers an area of about 110 acres. Its grounds consist of a public palace area, a royal family residence building, and a rear garden.

Compared to the other palaces, all buildings and pavilions are positioned more naturally, following the contours of the land. This creates more relaxed atmosphere, while maintaining the dignity of a royal palace.

Changdeokgung palace was loved more than any other palace by the kings of Joseon because of the spacious and beautiful garden in the back. The Secret garden takes up almost 60% of the entire palace territory. Preserving the original topography of the area, the garden is kept as natural as possible.

Through the years the garden has changed its name several times. It has been called “Geumwon” (금원) which means Forbidden garden because even high officials could not step in without king’s permission. Other names include “Naewon” (내원) – “Inner garden’, “Biwon” (비원) – Secret garden, etc. The most frequently used name through Joseon dynasty period was “Huwon”.

Changdeokgung is part of UNESCO World Heritage since 1997. It is the most well-preserved palace of all five royal palaces. Moreover, it is regarded as a masterpiece of Korean palace architecture because the buildings are in perfect harmony with nature.

The solution to the problem was the construction of Changgyeonggung palace. It was constructed next to Changdeokgung with purpose of enlarging the living space. It was built in 1483 by King Sejong for his retiring father, King Taejong. That’s why its site is compact and simple, and the position and size of its buildings is different compared to the rest two. Just like Changdeokgung, the buildings and pavilions here are also positioned naturally, following the contours of the land.

The main gate of Changgyeonggung Palace is called “Honghwa” which translates as “promoting harmony” or in other words “inspiring the public through exercise of virtue”.

Honghwamun served as a platform where the king could meet its citizens. For example, King Yeongjo collected public opinions there and King Jeongjo handed rice out to the poor commemorating the 60th birthday of the Queen Mother. This event is well depicted in the painting titled as Honghwamun Samido (Handing Rice Out at Honghwamun Gate).

Chundangji Pond, located near Daeonsil (the Greenhouse), consists of two ponds, a big and a small one. Originally, it was a rice field of which the king took care. But during the Japanese occupation, the rice field was transformed into a pond with little ships floating on it.

The nearest subway station is Anguk (line 4, exit 3). It’s around 10 minutes walk to the entrance of Changdeokgung. It is also within a walking distance from Jongno 3-ga Station (Line 1, 3 or 5, Exit 6).  Another way to get there is by bus.

In case you want to start your visit from Changgyeonggung

The palaces are open all year round but in my opinion spring and autumn are the best seasons to visit them. Also, if possible, I recommend visiting them during weekdays as it is less crowded. Usually, summer, weekends and holidays is the busiest time. It is a good idea to visit Changdeokgung and Changgyeongung in one go as they are inner connected. You might spend there as little as an hour to a whole day. Along the Changgyeongung’s garden you will find numerous benches to sit and relax.

Every last Wednesday of every month is a cultural day in Korea, so the entrance for all palaces, museums, etc is free. Another way to enter for free is if you are wearing a hanbok. Hanbok is traditional Korean dress. You can find numerous hanbok rental shops next to Gyeongbokgung palace. 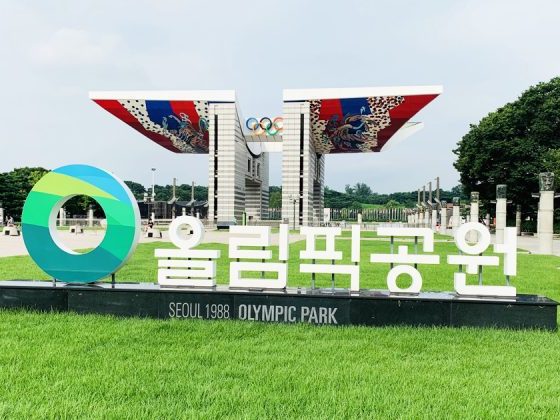 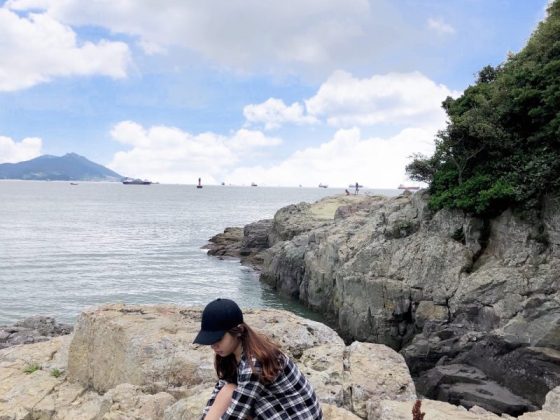