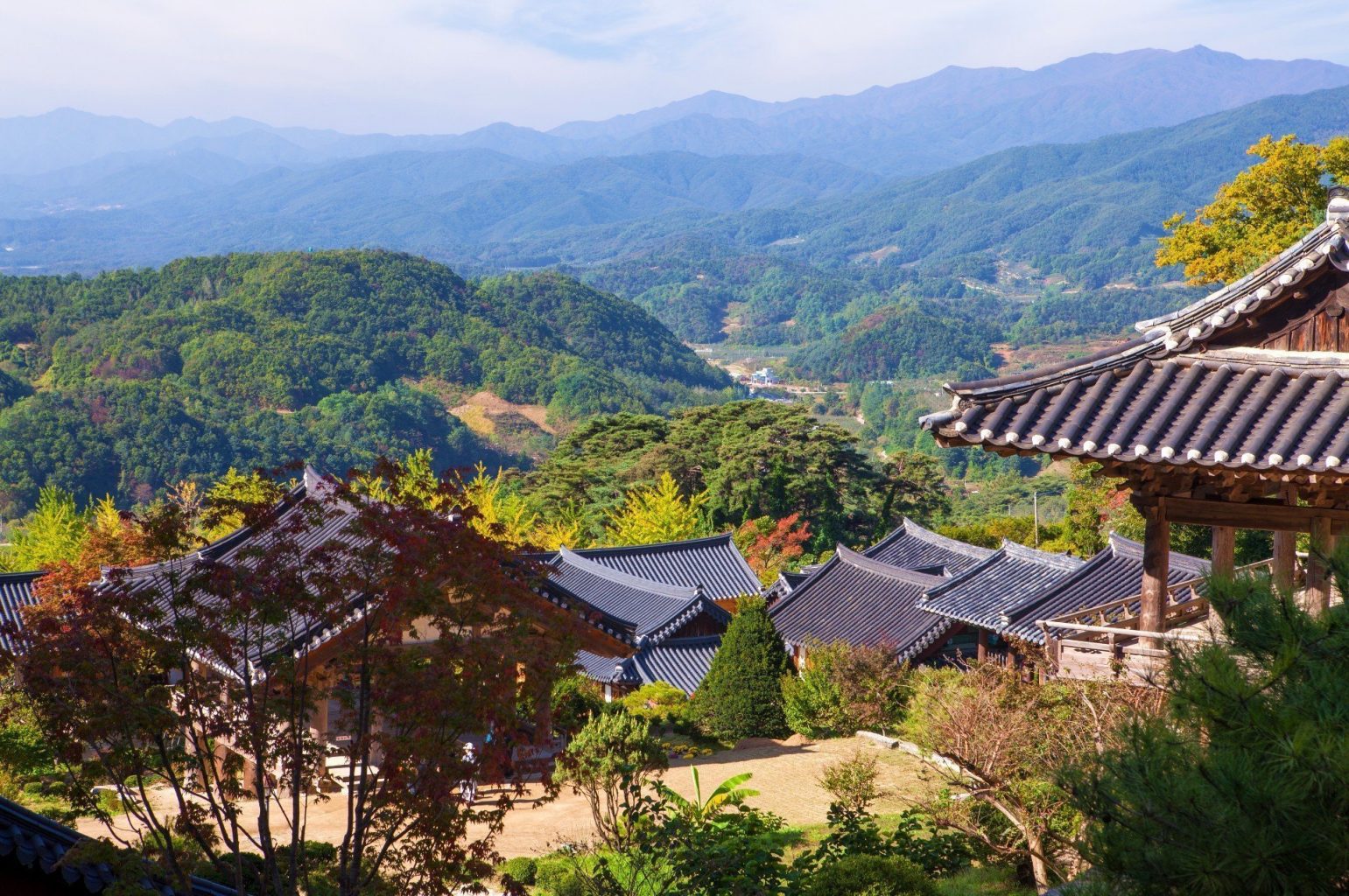 South Korea is basically home to some of the ancient and historical Buddist temples on Earth. It is safe to say that Buddist temples are a vital and significant part of the landscape of South Korea. And Buseoksa Temple is one of those famous temples.

The history of this temple dates back to 57 BC in the Silla Kingdom era. The temple differentiates itself from the others, considering its huge size surrounded with natural scenic beauty over the land.

Today, The Buseoksa Temple is situated in Yeongju in the province of Gyeongsangbuk-do. To add to its significance, The Buseoksa Temple is listed as a UNESCO World Heritage Site. The temple features some of the ancient relics and artifacts, including national treasures. Some of the national treasures include Josadang Wall Painting, Stone Lantern, Sojo Yeorae Seated Figure and more.

How To Reach The Buseoksa Temple

In order to reach the Buseoksa Temple, you have to first reach the city of Yeongju. There onward your journey towards the temple would start.

Traveling Towards Buseoksa Temple Through The Public Bus

If you choose to travel through the public bus then you’re going to make your way from Yeongju Station to Yeongju Yeogaek. The bus no.55 from the bus terminal will take you to your destination, that is, the Buseoksa Temple.

Another way to reach the temple is to hop on the bus no. 27 from the Yeongju Bus Terminal. The bus will take you to your destination in around 1 hour and 30 minutes.

Upon your arrival at Yeongju, you can choose to avail the city tour service which will eventually lead you towards the Buseoksa Temple. The city tour bus is located right in front of the Yeongju train station.

In order to board the city tour bus, you will be required to arrive at the station around 10 minutes prior to the departure. The tour bus leaves at 10 am from Yeongju Intercity Bus Terminal and at 9:40 am from Yeongju Train Station.

The name of the temple “Buseoksa” is named after a large rock. This particular rock is known as “The Floating Stone”. Now the question arises, Does the stone actually float?

Sadly! The rock doesn’t float. It actually is what you call an “optical illusion” caused by the stones underneath it, lifting the rock. To see the floating rock with your own eyes, you’ll have to head down towards the western hall of the temple.

According to the oldest record called Samgukyusa, Uisang was admired by a woman called lady Seonmyo. The two met during the time Uisang spent in Tang (Dynasty of China) for his studies.

The legend has it that upon hearing the departure of Uisang, Lady Seonmyo hurried towards the boat in order to meet her beloved. Unfortunately, Lady Seonmyo wasn’t able to reach the boat in time. Disheartened, She took her own life by throwing herself into the sea. The sacrifice of Lady Seonmyo led towards her transforming into a dragon.

She then as a dragon provided aid to Priest Uisang. She not only repelled hardship which came along the way, but also drove evil away that came in his way while building the temple. People say that the Lady Seonmyo, the dragon, held three stones in the air. These are now located on the left side of Muryangsujeon.

Attractions To Look Forward To At Buseoksa Temple

The Entrance Of Buseoksa Temple

Making your way towards the entrance of the temple, you will see 108 steps between the Anyangmun gate and the Cheonwangmun gate. Now these steps aren’t just steps towards the temple. The 108 steps represent cycles through which one finds redemption from agony and evil passions.

And by the way, if you happen to go to Busan, don’t forget to check out this 3-Day Busan Itinerary.

Visit Of The Muryangsujeon Hall

Back in the era of Silla, people used to consider as the main prayer hall of the temple. In today’s South Korea, Muryangsujeon Hall is the oldest and the only wooden hall to date to have survived in the temple.

In order to reach the Muryangsujeon Hall, you have to climb up the 9 narrow, steep stairs.

The Iljumun Gate initially wasn’t a part of the Buseoksa Temple. It was built upon restoration of the temple in 1980. The Iljumun Gate is where you will find the directions and the entrance for the temple. Here, you will also find a temple gate which is dedicated to the four devas.

Don’t forget to leave your comment and let us know which place in Korea is on top of your bucket list?